If you consider yourself to be a true Jedi, i.e. a massive fan of the Star Wars franchise and prefer basking in the glory of the greatest fictional heroes of the universe even on the move, then you should immediately head out to the nearest OnePlus store.
Rating:

OnePlus has been busy in the second quarter of 2017, launching their flagship OnePlus 5 and revamping it for the festive season with the OnePlus 5T. The OnePlus 5T has been through us recently and has earned the title of a well-crafted all-rounder smartphone. The smartphone has been the hype of the technology world since its launch. However, OnePlus takes its motto of ‘Never Settle’ pretty seriously and needed something to stay in the limelight for this festive season.

Fortunately for OnePlus, Disney and Lucasfilm had scheduled the latest chapter of the Star Wars franchise this season. Therefore, what better way to keep a great product in hype by collaborating with the makers of the Star Wars: The Last Jedi and creating a special edition of the popular OnePlus 5T? Ladies and Gentlemen, boys and girls, meet the OnePlus 5T Star Wars Edition. 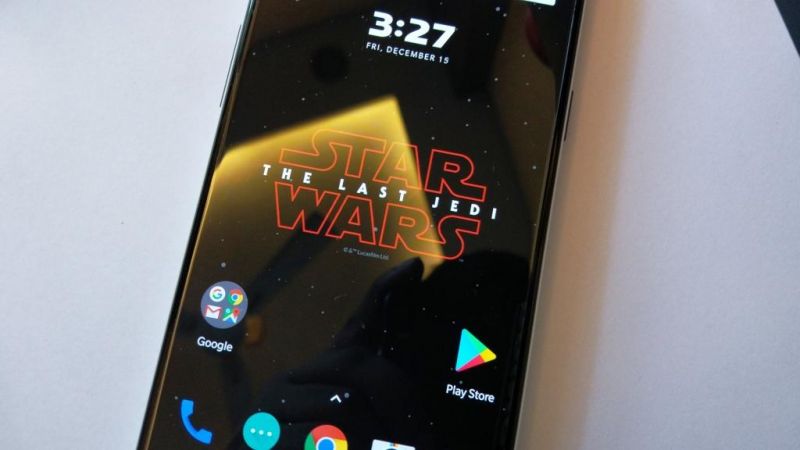 Before you skip to the next article, we would like to make it clear that this is not simply a regular 5T with a logo on the back. OnePlus has actually spent time behind this special edition offering, working on one major parameter that separates their smartphones from the competition — Attention to details. The makers of the Star Wars: The Last Jedi have used a shade of red for the climax. 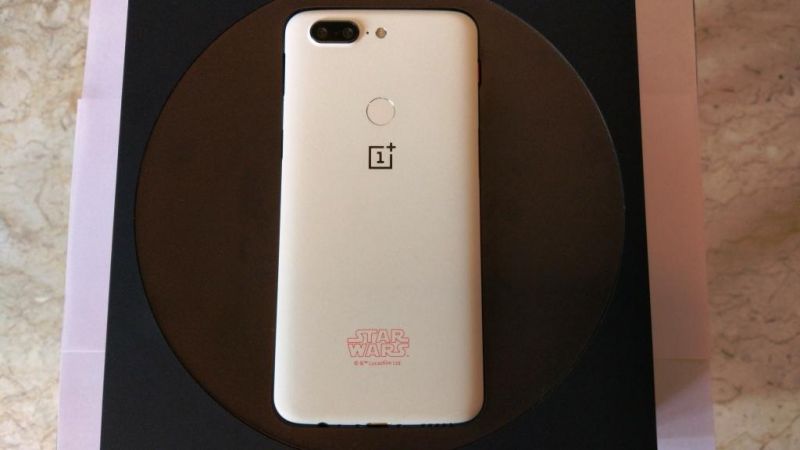 In the movie, the rebels under attack plan to flea to the nearest shelter planet, called Crait, which is covered by salt flats. When the First Order initiates the final battle, the rebel ‘speeder’ ships scratch the surface of the white salt flats, bringing out a red-ish salt layer underneath.

The scene from the movie that inspired the OnePlus 5T Star Wars Edition's design.

The OnePlus designers used this very scene as their inspiration for the special edition 5T. The rear panel of the 5T Star Wars edition is inspired by Crait’s white salt flats, with the Alert Slider painted in a mineral red shade and the Star Wars logo painted at the bottom. 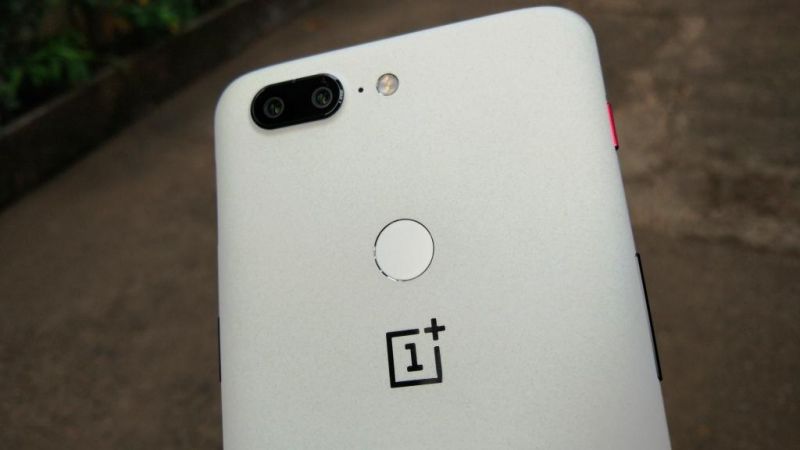 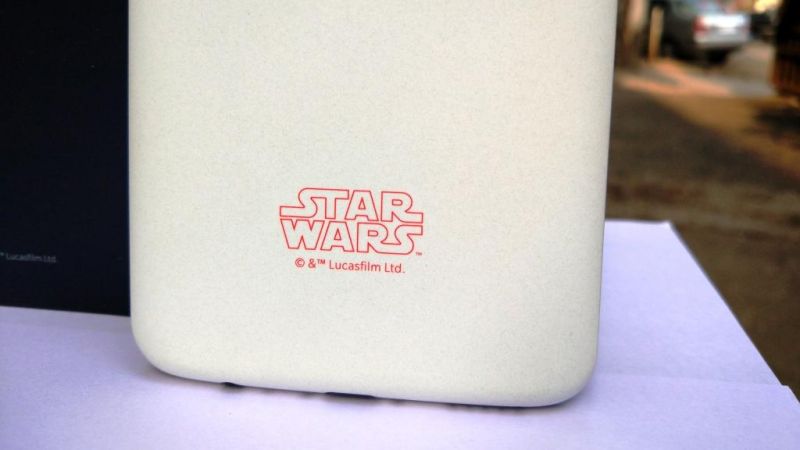 To make it more special, OnePlus has also spent considerable efforts on the packaging of the phone — fancy Star Wars-themed packaging, a special Star Wars anthem printed on a card and a protective case styled after Kylo Ren’s helmet. 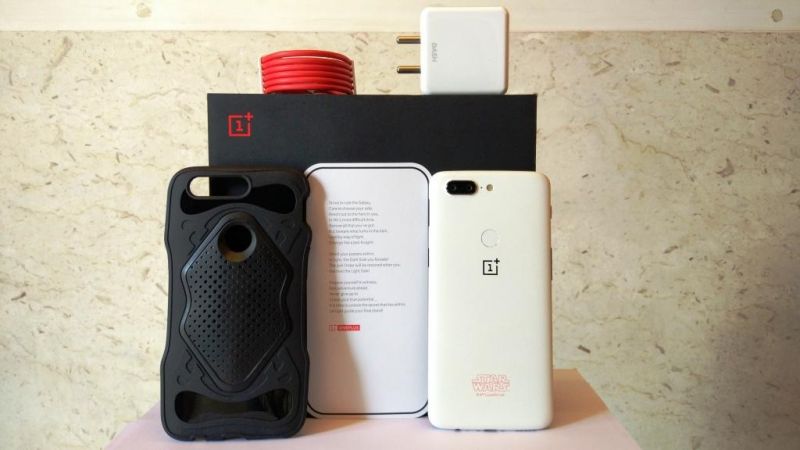 Boot up this special 5T and you will find the familiar yet eager Oxygen OS 4.7.3. Only here, you will notice 10 new Star Wars-themed wallpapers, a new widget and a special black-and-red combo Star Wars theme. This is where the differences end with a regular OnePlus 5T. 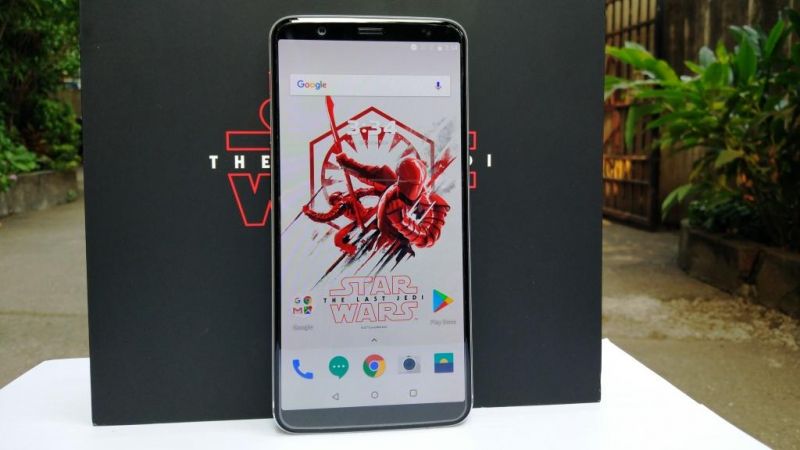 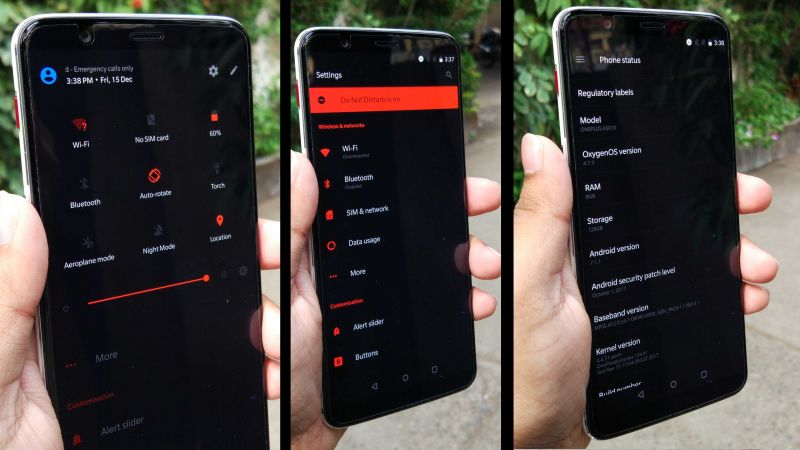 Underneath that new body, the OnePlus 5T Star Wars Special Edition houses the same capable hardware that the regular 5T is built around. There’s a Qualcomm Snapdragon 835 chipset accompanied by 8GB of RAM and 128GB of onboard storage. The 5T Star Wars Edition also evades the Android Oreo-based Oxygen OS and ships with Nougat 7.1.2.  As with the regular 5T that we had reviewed a few days ago, the special edition model also flies through anything thrown at it — resource intensive games to social media apps. It seems that the 5T Star Wars, like the regular 5T, doesn’t have words such as ‘lagging’ and 'stuttering' in its dictionary. 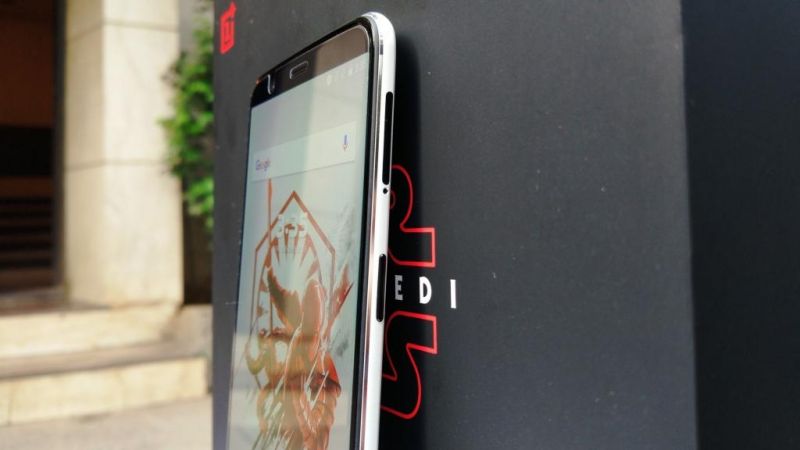 Other positives of the 5T also carry on, such as the brilliant 6-inch AMOLED display with 18:9 aspect ratio, a pair of capable front and rear cameras with the ability to shoot commendable low-light shots, the super fast yet imperfect Face Unlock and the ultra-convenient Dash Charging. To get a detailed idea, you can refer to the full review of the OnePlus 5T. 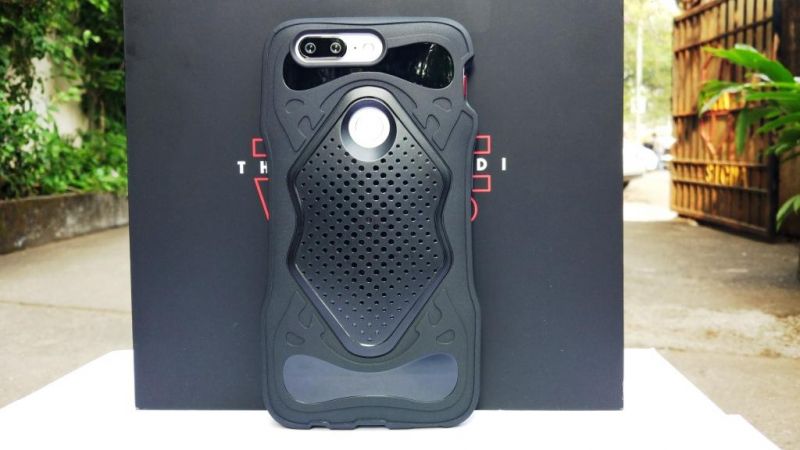 Has OnePlus missed something with the 5T Star Wars Edition? We think they could have done a bit more to please their fans. A special edition smartphone should feel special at every moment of your life and should differentiate you from the guy next to you with a regular model. The 5T Star Wars Edition feels like a normal 5T if you look past the pre-loaded Star Wars wallpapers. The company could have worked on special Star Wars-themed icons, a unique boot animation and some special ringtones. The rear white sandstone-finish panel also accumulates a lot of dust, leading you to go for cases to maintain its ‘newness’. We commend OnePlus for attempting to do the sandstone-finished rear panel on a metal-bodied phone, but once you put a case over it, there’s no major way to differentiate it from the regular model, save for the white fingerprint scanner. 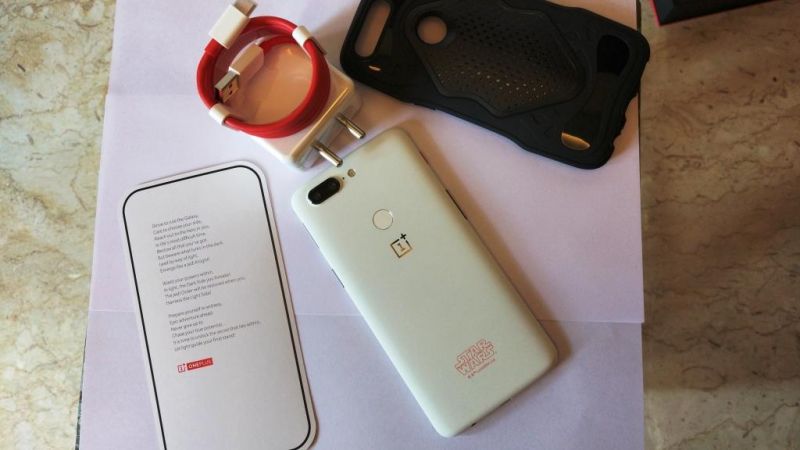 Is the OnePlus 5T Star Wars Edition worth its asking price? At Rs 38,999, this is one of the most expensive smartphones the company has ever sold in the Indian market. If you consider yourself to be a true Jedi, i.e. a massive fan of the Star Wars franchise and prefer basking in the glory of the greatest fictional heroes of the universe even on the move, then you should immediately head out to the nearest OnePlus store and grab one for yourself. If you have been yearning for a OnePlus device with a sandstone finish, then this will be a collector's item to possess as a smartphone enthusiast, unless OnePlus brings it to the mainstream model next year (OnePlus 6). However, if raw performance baked with everyday practicality is all you are looking from a premium smartphone, then the regular OnePlus 5T, retailing for Rs 37,999 for 8GB+128GB model as well as a 6GB+64GB model for Rs 32,999, won’t disappoint you a bit.