The iPhone 11 will feature an old, boring design. (Photo: BGR)

The Apple iPhone 11 is shaping up to be a rather boring device as it will come in the same colours as last year’s model. Like the 2018 iPhones, Apple will debut its flagship models in Space Grey, Silver and Gold without any gradient finish. Samsung, on the other hand, will launch the Galaxy Note 10 in beautiful hues that will make it stand out in the sea of flagship handsets. The latest leaked images of the Galaxy Note 10 preview the handset ahead of its August launch and now we get to see it in all its unfiltered glory.

Exclusive for https://t.co/Zm9VwYgCdV : After the regular Note10, here's your very first look at the Samsung Galaxy Note 10+/Note10+! Again, got the renders for Silver and Black variant! *Please credit if you use, not using watermarks.* #Samsung #GalaxyNote10Plus #Unpacked pic.twitter.com/5bLtrRd3EN

Well-known Android tipster Ishan Agarwal has previewed the Galaxy Note 10 and we finally get to see the device in its silver and black colourways. As per the tweet, @ishanagarwal24 states, “Exclusive for http://MySmartPrice.com  : After the regular Note10, here's your very first look at the Samsung Galaxy Note 10+/Note10+! Again, got the renders for Silver and Black variant! *Please credit if you use, not using watermarks.* #Samsung #GalaxyNote10Plus #Unpacked”

The Galaxy Note 10 has already been the subject of leaks and rumours and we pretty much know all it has to offer. There have been blurry images as well as hands-on images in the past. Additionally, the entire specification sheet has been leaked. However, getting to see official renders ahead of its launch is something truly satisfying. 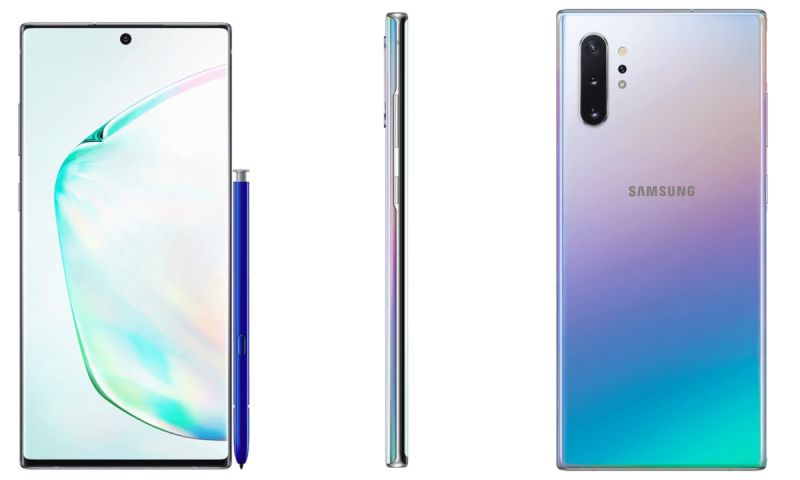 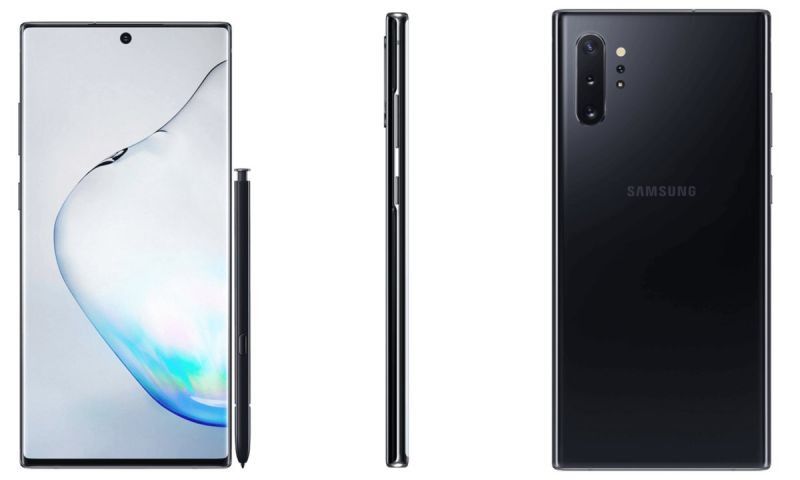 The Samsung Galaxy Note 10 will ditch its bezels in favour of a centrally-located single-lens punch hole cut-out and it will also include the stylus that we are absolutely fond of. At launch, the Galaxy Note 10 will be available in at least two colours, Silver and Black; but knowing Samsung, the South Korean brand will give them some different branding.

Agarwal has also posted images of the Galaxy Note 10+ which looks almost identical to the Galaxy Note 10 with the only visible difference being the former will be a bit bigger and will feature more sensors on the rear.

In related Galaxy Note 10 news, the 5G variant will come in three capacities, 256GB, 512GB and will top off at 1TB. This will make the Galaxy Note 10 5G one of the few smartphones available in the world to come with this huge amount of storage.