Nokia’s marketing partner HMD Global has confirmed August 23 as the release date of Nokia 6 in India in a teaser on Amazon India. The online retailer has already opened window for registration of the model.

Unveiled in June in the country, Nokia 6 is one of the Nokia’s offering in mid-segment Android smartphone priced at Rs 14,999. 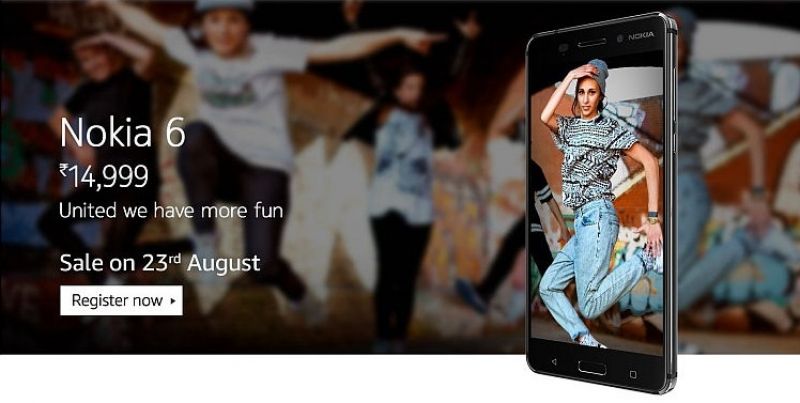 The phone features a 5.5-inch (1920 x 1080) display, powered by Qualcomm Snapdragon 430 SoC, coupled with 3GB RAM and 32GB storage, which can further be expanded via microSD card, a 16MP rear camera and an 8MP front camera.

Between the other models—Nokia 3 and Nokia 5, launched along with the Nokia 6 smartphone, the former has already hit stores in India at a price of Rs 9,499, while the latter is known to be released sometime around mid-August at a price of Rs 12,899.

Additionally, the firm is also planning to launch four new Android-powered smartphone—Nokia 2, Nokia 7, Nokia 8 and Nokia 9, processors of which have been recently leaked online.