It is also known that at least the HTC-made Pixel 2 will carry forward the Edge Sense from their 2017 flagship U11 and will run on Android 8.0.1, which hasn’t been announced by Google yet. (Image: Android Police)

Some of the most anticipated smartphones of 2017 have already happened, leaving only two major announcements from Huawei and Google. After Huawei announced its launch date for its next flagship, Google has announced in a rather striking way about the launch date of the next generation Pixel smartphones — it’s on October 4.

A report from Droid Life mentions the presence of a new billboard in Boston from Google. The billboard says — Ask more of your phone. The statement is followed by October 4. The billboard doesn’t carry anything else. The Google Pixel first generation was launched on October 4, 2016, and this year’s Pixel could also follow the suit. 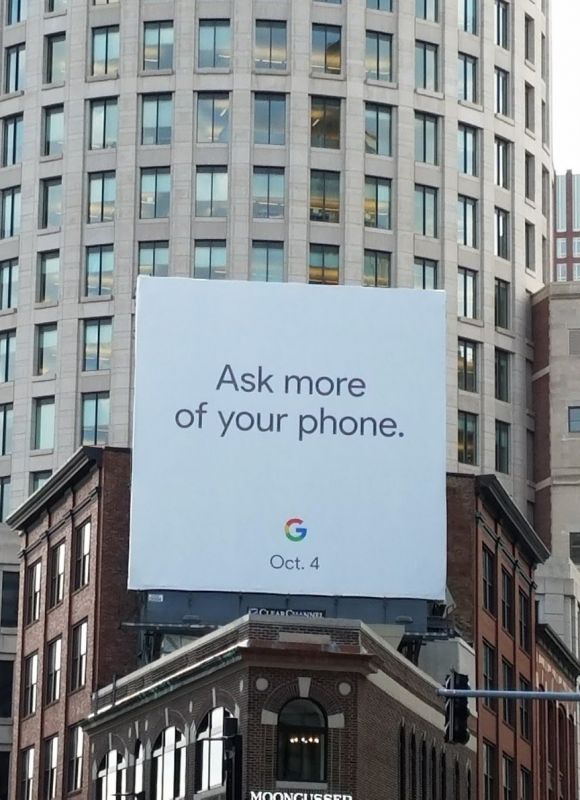 Another leak from 9to5 Google states that LG is making the bigger Google Pixel 2 XL handset, along with HTC’s Pixel 2. A smartphone with the ZNFG011C code name was found in FCC’s listing, which was different from last year’s Pixel XL codename. The Pixel 2’s G011 code name carries a continuation of last year’s Pixel codename.

Apart from the codename, it is also known that at least the HTC-made Pixel 2 will carry forward the Edge Sense from their 2017 flagship U11 and will run on Android 8.0.1, which hasn’t been announced by Google yet. It is also expected that Google might persuade HTC to make the Edge Sense frame on the LG-made Pixel 2 XL. Both the phone is also expected to lose their fat bezels from the first generation, although like those of the Apple iPhone X and Samsung Galaxy S8.