They also get the Samsung Pay Mini feature that can act as a wallet and store credit as well as debit cards.

Samsung has launched two latest mid-range offerings in its popular J-series line-up – the Galaxy J7 Max and the Galaxy J7 Pro for a price of Rs 17,900 and Rs 20,900 respectively. The phones will be available starting next month.

The Galaxy J7 Max comes with a 1.6GHz octa-core MediaTek Helio P20 processor, 4GB of RAM and 32GB of internal memory. It has a 5.7-inch full-HD display and comes with Android Nougat out-of-the-box. There’s a 13MP rear as well as a front camera with dedicated LED Flash modules. The rear camera also has a smart glow indicator, first seen on the affordable Galaxy J2 Pro. It packs in a bigger 3300mAh battery, a home button mounted fingerprint sensor and has 4G VoLTE support. 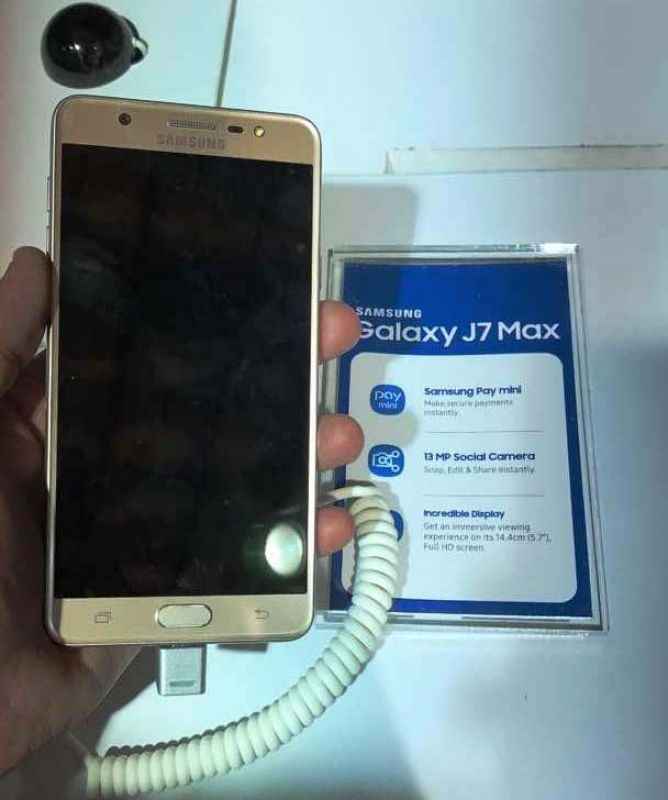 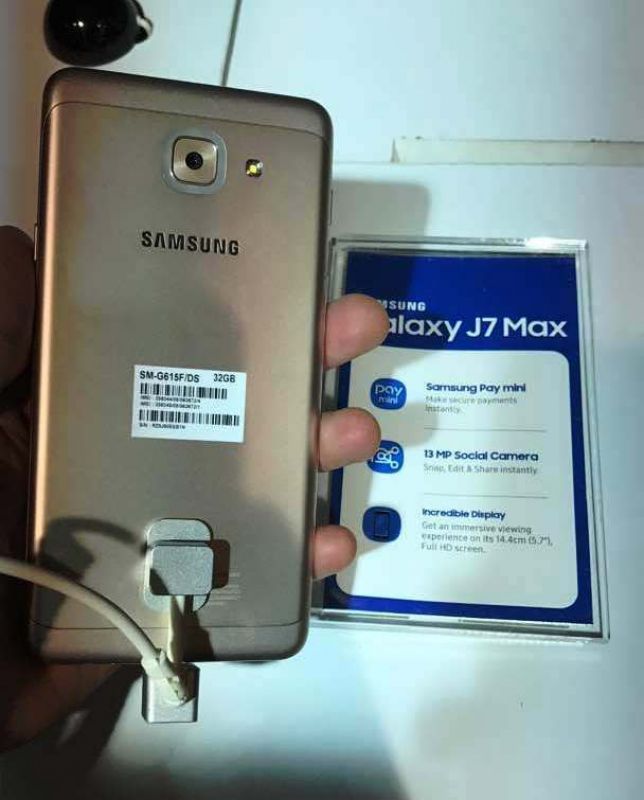 The slightly premium Galaxy J7 Pro comes with Samsung’s own 1.6GHz Exynos 7870 processor, 3GB of RAM and 64GB of storage. It packs a 5.5-inch full-HD Super AMOLED display and also runs on Android Nougat 7.0. There’s a 3600mAh battery to power the device which can be charged through the USB Type-C port. There is a pair of a 13MP front as well as rear cameras. The J7 Pro also has a slightly more premium looking metal body that is also IP54 certified, making it the first J-series model to be water resistant. It also gets the Always On Display from the premium Galaxy S8. 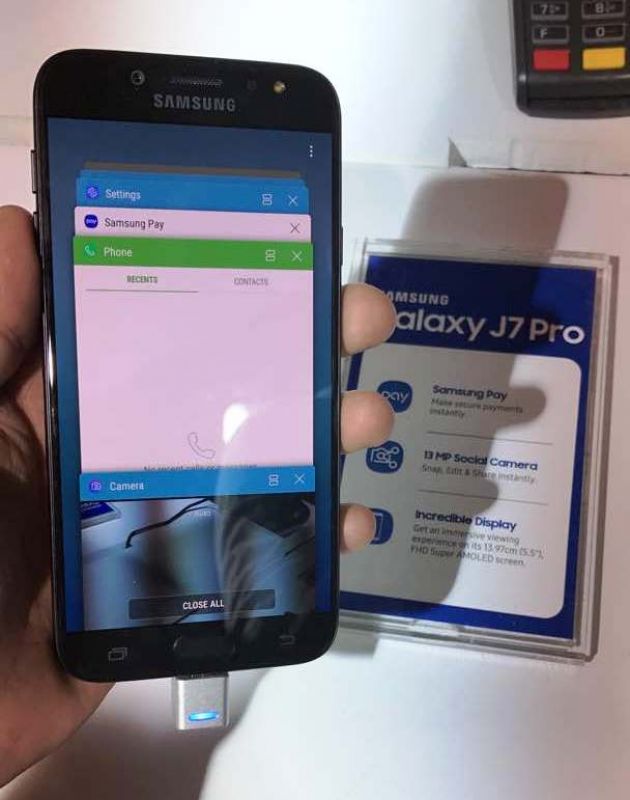 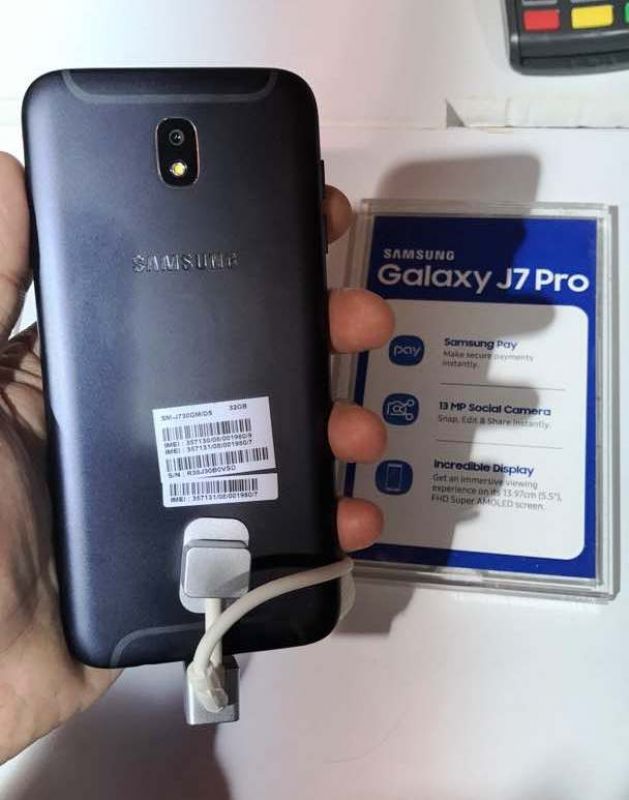 Both the phones feature a social camera app that can let the user share pictures from the camera app itself through integrated social shortcuts. The instant editing will help consumers create engaging social media-ready content by applying live filters and stickers and share it instantly with social media apps.

They also get the Samsung Pay Mini feature that can act as a wallet and store credit as well as debit cards. Users can also use Paytm as well as the government’s Unified Payments Interface (UPI) and pay on the go by just tapping the phone on the Point of Sale (PoS) machine.

Both the phones will be available in Black and gold colour options, with the Galaxy J7 Max available across retail stores starting June 20, 2017, while Galaxy J7 Pro hitting the stores mid-July onwards.