A reported leaked screenshot from Google Developer Blog suggests that these gestures might come to Android later this year.

The way we interact with our Android phones has been changing lately; previously there were hard buttons on the Android phones for navigation. They were later replaced by capacitive touch buttons, which later were replaced by home screen navigation buttons. However, the counterpart Apple has replaced the navigations across the US with gestures in the iPhone X. 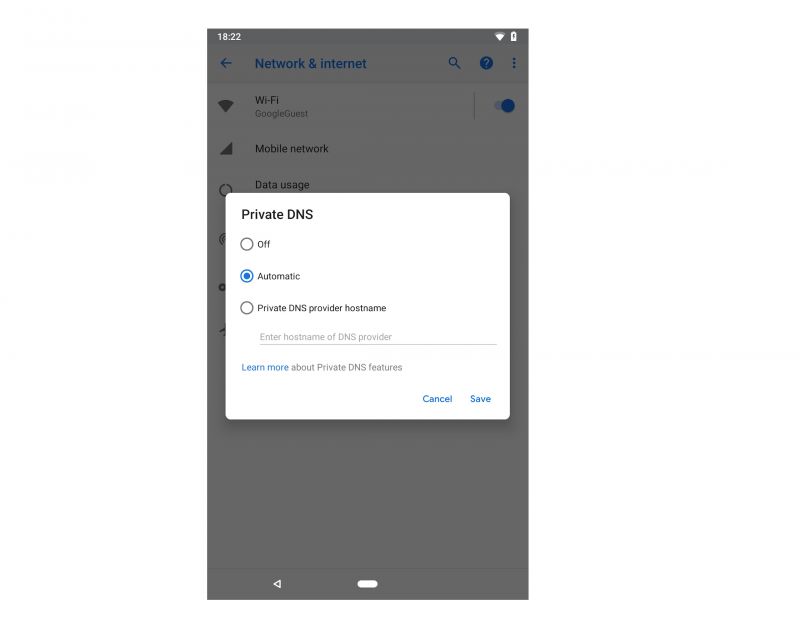 A reported leaked screenshot from Google Developer Blog suggests that these gestures might come to Android later this year. The post that revealed this massive design overhaul was later edited by Google. The post was about a security patch in which the company has demonstrated the updated DNS settings via a screenshot. This screenshot has revealed a new navigation button, instead of the regular home button. According to the leaked screenshot, the regular circled home button has been replaced by a 'pill' shaped horizontal navigation bar that very much resembles iPhone X's home navigation bar.

However, the screenshot doesn't reveal that new button is really used for gesture-based control, and it also doesn't show the standard 'recents' button as well. But folks at 9to5Google have communicated with Android Twitter and they are confirming that it as actually gesture-based navigation control and would most likely be a new overhaul for Android.

Though Google has deliberately edited the screenshot to stop the rumour mill the cached version of the image is still available on the servers here. This new overhaul might be happening in upcoming Android P this year.