LG refreshed its K-series smartphones with the K10 ahead of CES this year. The company brought the device to the Indian market as a mid-range device priced at Rs 13,990.

The LG K10 (2017) is a dual SIM (GSM and GSM) smartphone that accepts Nano-SIM and Nano-SIM. Connectivity options include Wi-Fi, GPS, Bluetooth, USB OTG, FM, 3G and 4G (with support for Band 40 used by some LTE networks in India). Sensors on the phone include Compass Magnetometer, Proximity sensor, Accelerometer, Ambient light sensor and Gyroscope. 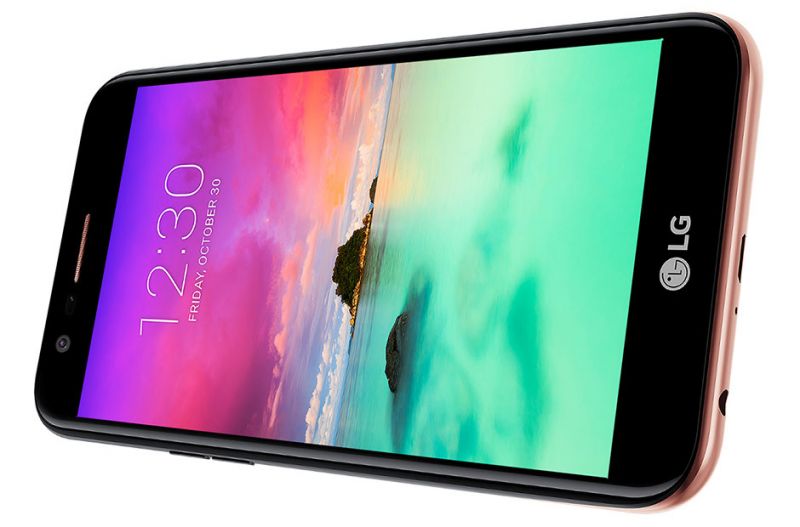 The LG K10 2017 sports a 5.3-inch 720p IPS display panel, but lacks the crispness that a 1080p display can offer on other phones that fall under the same price bracket.

The low resolution affects the display quality. Colours look washed out while watching movies or running games and text looks a bit dull too. Wide viewing angles are decent, but the reflective nature of the display results in poor sunlight legibility. However, the phone offers a Comfort view feature that allows user to change colour saturation and switch to warmer colour setting for the comfort of eyes. 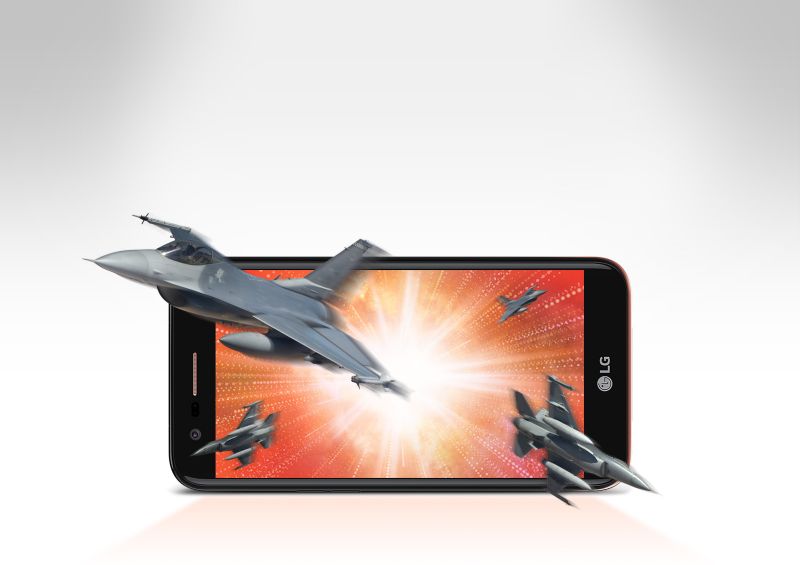 It is powered by an octa-core MediaTek MT6750 processor with 2GB of RAM and 16GB of internal storage, expandable by up to 2TB via the microSD card slot. The performance of the smartphone is bit sluggish but it is capable of handling some heavy tasks. Running multiple apps simultaneously makes the K10’s performance bit slothful. It doesn’t feel as zippy as Xiaomi Redmi Note 4 or the Moto G4 Plus that fall under same price bracket.

The LG K10 (2017) is a dual SIM (GSM and GSM) smartphone that accepts Nano-SIM and Nano-SIM. Connectivity options include Wi-Fi, GPS, Bluetooth, USB OTG, FM, 3G and 4G (with support for Band 40 used by some LTE networks in India). Sensors on the phone include Compass Magnetometer, Proximity sensor, Accelerometer, Ambient light sensor and Gyroscope. 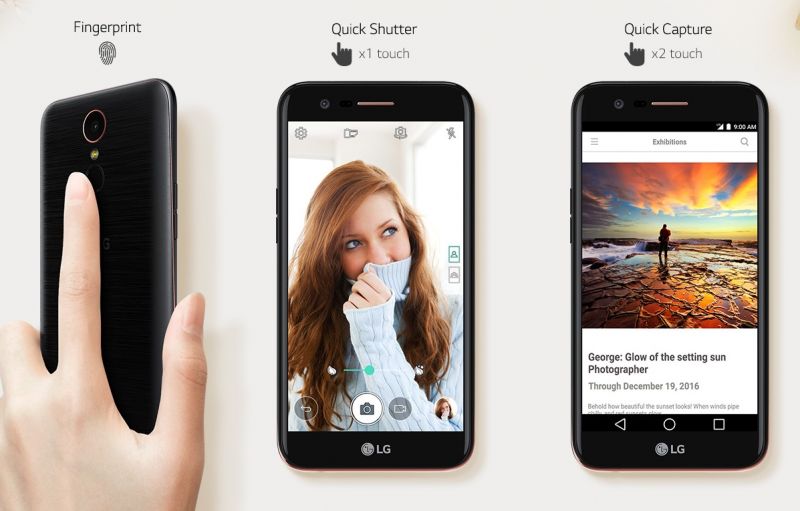 In terms of design, the device looks pretty decent, but lacks that oomph factor. However the K10 comes with an additional smart cover that looks very stylish. The downside is that the device sports an all-plastic body with a brushed metal finish at a time when all-metal phones have increasingly become the norm at under Rs 10,000.

On the features front, the phone has not missed out anything. The K10 runs on Android Nougat 7.0 and offers 4G LTE (VoLTE) support and USB OTG connectivity options. The quick notifications tab enables users to share or delete an image right from the notifications menu. There’s a whole new bunch of features that Nougat brings with it. 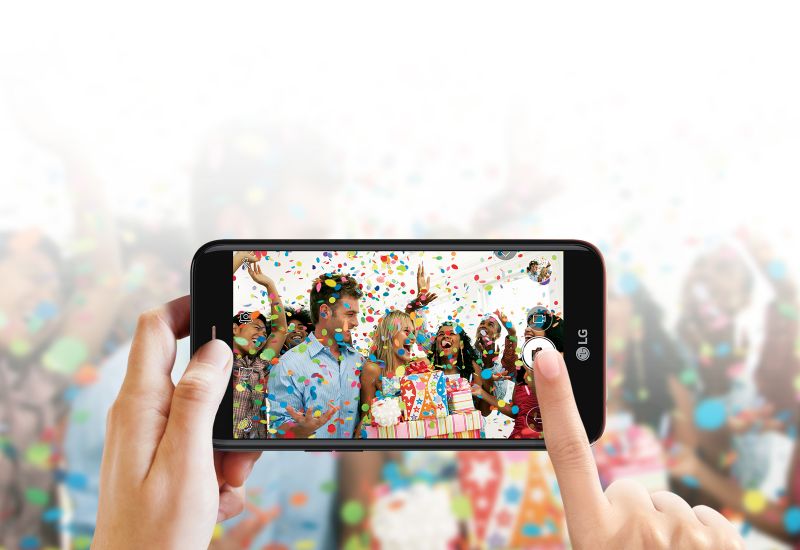 On the photography front, the device is equipped with a 13MP rear camera with LED flash and autofocus, while there is a 5MP front-facing camera, is capable of taking pictures at 120-degree wide-angles. The pictures contain a lot of noise and a grainy effect in low light, but in broad daylight, the images are crisp and clear. The front camera features beautification options to offer artificial glow and remove blemishes. The camera app is easy to use and doesn’t feel disorganized but it takes some time to process images. The front camera is basic but enough to take selfies. 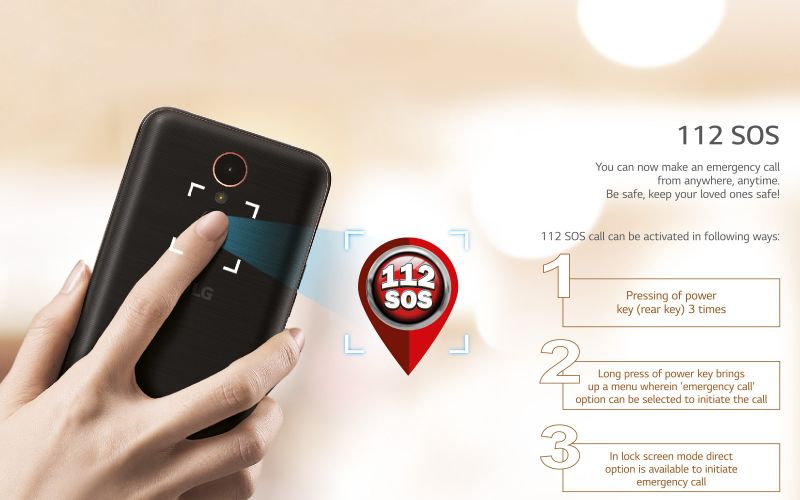 The K10 is fuelled by a 2800mAh removable battery that is capable to power the phone for a whole day, but it doesn’t support fast charging that one would expect.

Overall the LG K10 (2017) is a decent mid-range smartphone, but then again it doesn’t bring anything new to the table. The device compromises on many things including the full HD display and long battery life at this price point. The price can be considered pretty steep, considering other brands are retailing better specs under Rs 10K.