The Realme X has a 6.53-inch AMOLED screen with an under-display fingerprint scanner.

Recently launched flagship phone Realme X has satisfied a major population with its pricing and specs. More good news, the company announced that it will now offer a 256GB variant of the device starting from August 18. 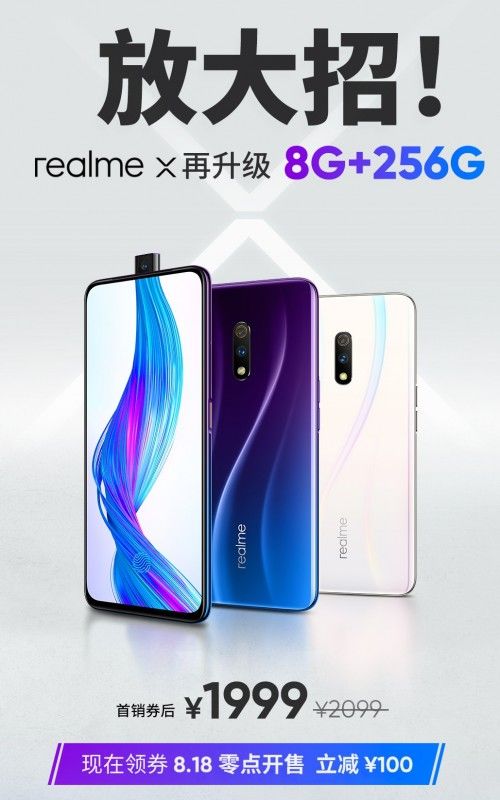 At the moment, the pre-order offers stand in China and are soon expected to reflect in India. The price of the phone will be CNY 1,999, which is about USD 285.

Realme X sports the Snapdragon 710 chipset and has a 48MP rear sensor with a 6.53-inch AMOLED screen with an under-display fingerprint scanner.