By launching a curved screen iPhone with a convex housing shape, Apple will be able to increase the internal volume of the handset but still manage to preserve a sleek, thin appearance that’s visually pleasing. (Photo: Tech Designs)

In the past few years, Android devices have raced ahead of Apple when it comes to introducing new technology. The first curved displays were from Samsung and they introduced it in 2014 with the Samsung Galaxy Edge. Brands like Huawei, OnePlus, OPPO and Xiaomi have followed suit and have launched their own foldable smartphones. In what may be a very late entrant in this field, Apple has recently filed a patent with the United States Patent and Trademark Office that has been granted for the Cupertino-based brand to develop its own curved screen iPhone.

Apple states in its patent that, “electronic devices such as portable computers and cellular telephones are often provided with displays. For example, a liquid crystal display (LCD) may be formed from a stack of display structures such as an thin-film transistor layer with display pixels for providing visual information to a user, a color filter layer for providing the display pixels with color, a touch screen panel for gathering touch input from a user, and a cover glass layer for protecting the display and internal components.

By launching a curved screen iPhone with a convex housing shape, Apple will be able to increase the internal volume of the handset but still manage to preserve a sleek, thin appearance that’s visually pleasing. 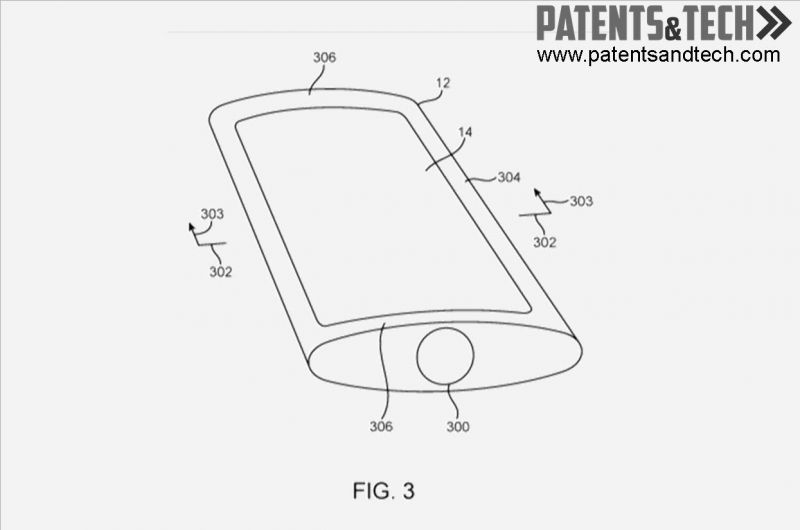 A portable compact device with a curved housing may include a display. In regular smartphones, the display is flat, so only the areas other than the display have a convex shape. This may restrain the internal volume of the device and may detract from its appearance, the report states.

This patent was initially filed on August 29, 2017, and it has been granted just recently. As of now, it is unknown which generation iPhone will feature this design. But with the 2020 iPhone said to get a huge makeover, it makes sense that Apple will use this design in the next year’s handset.

Check out this iPhone concept that came out in 2015.