Infinix Hot 6 Pro review: A budget alternative to the Redmi

With a decent hardware, tall display, long-running battery and good looks, the Infinix Hot 6 Pro surely get a thumbs up from us to those seeking a good budget device under Rs 8K.
Rating:

Unlike previous years, there isn't any shortage of good smartphones these days. If you have a reasonable budget, there is always one waiting for you on the shelf. The budget segment, the major driving force in developing markets, is where all the race begins — a race of who can pack the most of it all into a budget price. What's interesting is, in pursuit of fascinating buyers, manufacturers are now focusing on smartphones with a larger 18:9 display and dual cameras. And as with all smartphone innovations, this feature has gradually filtered down the price scale and can be witnessed in several entry-level and budget smartphones. Among them is the Hot 6 Pro by Infinix, which entered our premises for a review.

With the latest model, Infinix has managed to balance things by featuring a 5.99-inch 18:9 display and dual cameras for a better photography experience. The overall package seems downright good, with a couple of highlights — the latest Android (Oreo) and a FullView, tall aspect ratio screen with a budget tag of just Rs 7,999. Here goes the promising Hot 6 Pro at a glance.

The Hot 6 Pro seems to share some DNA with its sibling, Hot S3. Indeed, Infinix has outfitted the Hot 6 Pro in the latest trend, with a tall 'FullView' screen, trimmed bezels, and dual-cameras for better photography. The smartphone is using a good quality plastic with a soft matte finish exterior. It's nothing we have not seen before, but this one is built well and the phone rests comfortably in the palm. Flip it around and you shall see two cameras with a dual LED flash. 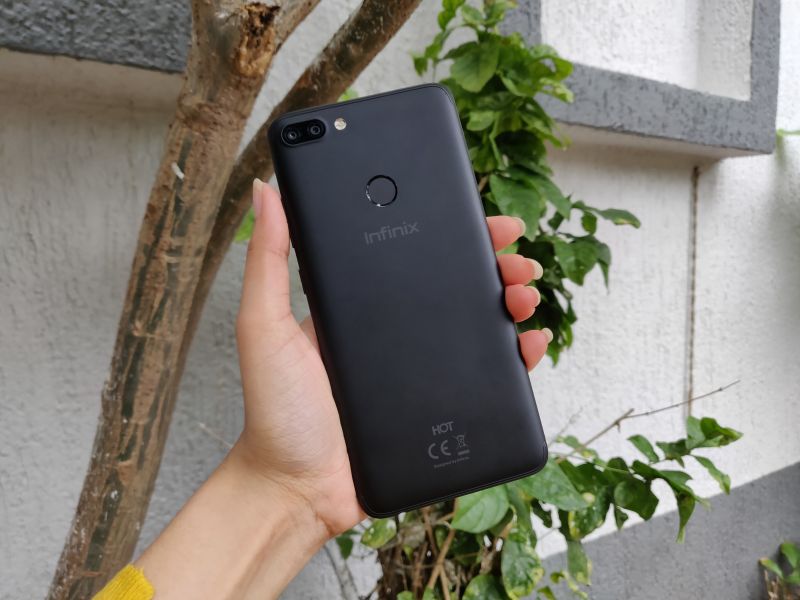 One of the best design traits of the 6 Pro is the dual rear camera module which is flush against the body with almost no visible ugly camera bump. Below the camera is a fingerprint sensor that falls within easy reach. The fingerprint sensor pretty accurate, though sluggish. However, considering the price, an addition of a fingerprint sensor is a good security feature. Lastly, the device is equipped with a triple slot SIM tray for two discrete SIM cards and a micro SD card that can be simultaneously used — a feature that is rare in most phones out there. 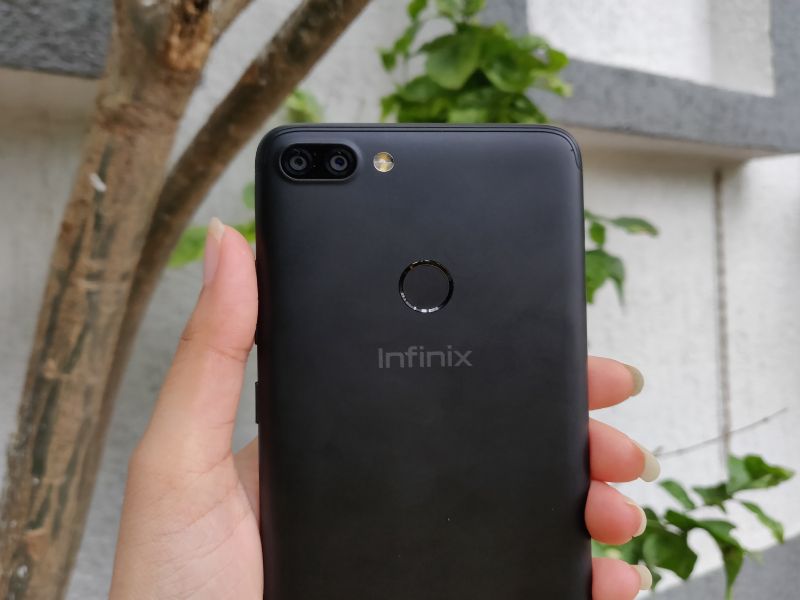 The 5.99-inch FullView is the 6 Pro's main USP. Infinix incorporates a taller 18:9 display, allowing a more screen real estate that helps for multimedia consumption. The 2.5D glass that sits on the rear panel with a slight elevation, helps with its good looks. The curve gives the phone an additional grip and handling comfort. 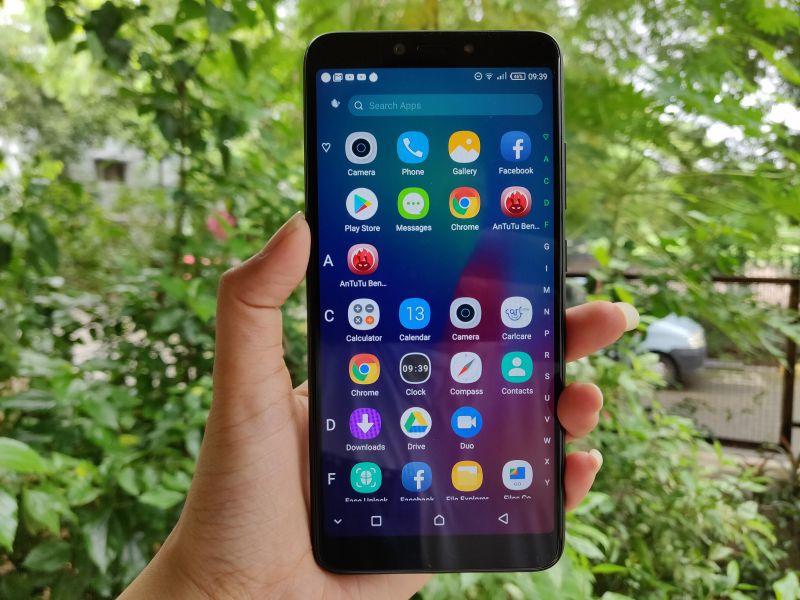 Sadly, the display flaunts a resolution of just 720x1440 pixels (HD), but for the price, one can't complain. However, though the display is just HD, it does not make a difference to the content — apps work as usual, and videos don't lack much detailing and are equally enjoyable. The display does look decent and colours seem a tad muted. 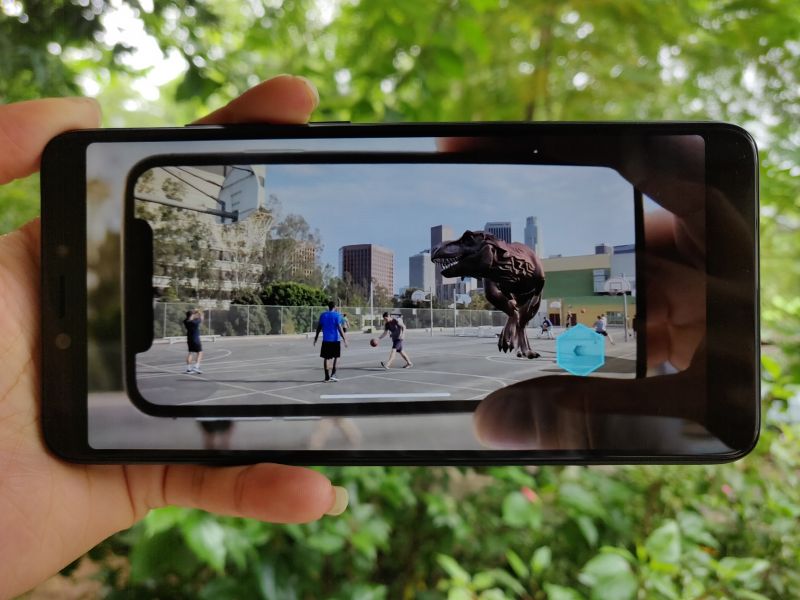 Also noted that the default colour temperature is a bit warmer than usual. The display may not seem as sharp due to the low pixel count, but considering the natural viewing distance at which the device is held, the larger pixels are almost negligible. We did notice that the display gets a bit washed out under bright sunlight, making it difficult to view when outdoors. A higher peak brightness could have helped a bit here.

The device employs an older Snapdragon 425 chipset. However, the 6 Pro performs decently well in comparison. The smartphone is capable of handling everyday tasks such as social media and web surfing, calls, video streaming and casual gaming. However, we found the device stuttering a bit when multi-tasking between apps and also at times whilst launching certain apps. Resource-intensive games are a strict no-no.

Antutu and GeekBench 4 benchmarking tests spewed average results with Antutu resulting in 45085 and GeekBench 4 gave us a single-core/multi-core score of 670 and 1805 respectively. The Hot 6 Pro holds 3GB of RAM and 32GB of internal storage. 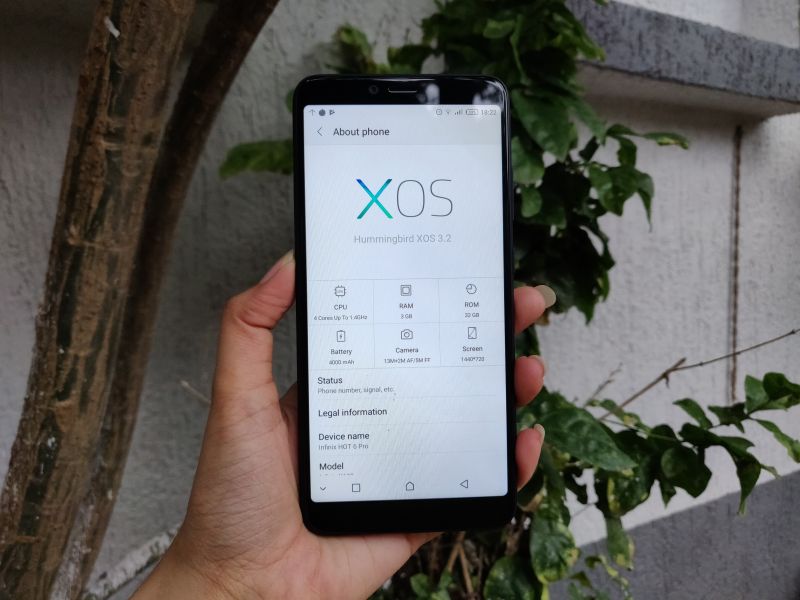 Moving ahead, the Infinix Hot 6 pro runs on a custom Hummingbird XOS 3.2 UI over Android Oreo out of the box that looks after the core duties. The user interface is pretty straightforward and is functionally similar to stock Android, albeit a few visual enhancements. However, the company has snuck in a few pre-installed apps, which include Facebook, XTheme, XShare and XHide, and an app Freezer, which cannot be uninstalled. Some more apps pre-installed include Phoenix browser; Magic Movie and a Cleaner app, which seem unnecessary. 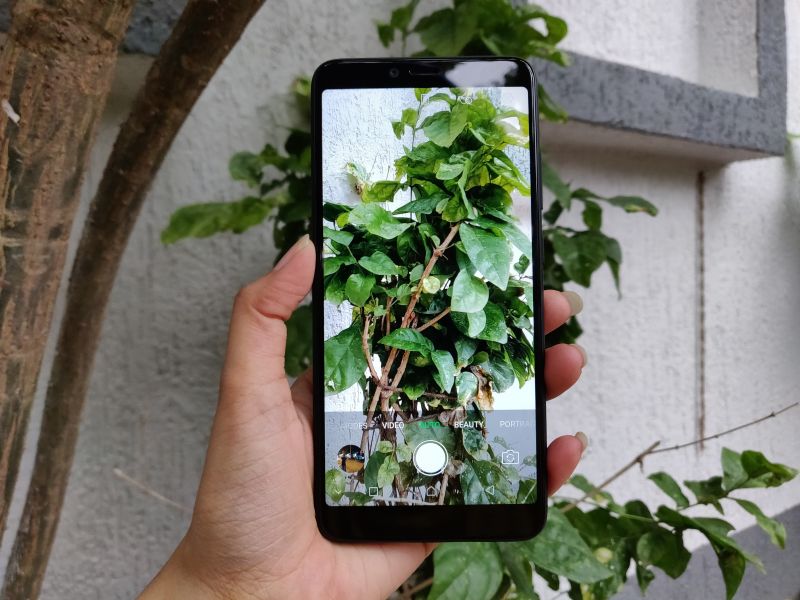 For an entry-level smartphone, it does take pretty decent photographs for usual social media shares. The 6 Pro houses a 13MP+2MP dual rear camera setup, assisted with a dual LED flash. In broad daylight, the photos tend to get overexposed and details take a toss. The sharpness is average, though it gets a mixed review. However, the camera does manage to quickly lock focus on a subject. 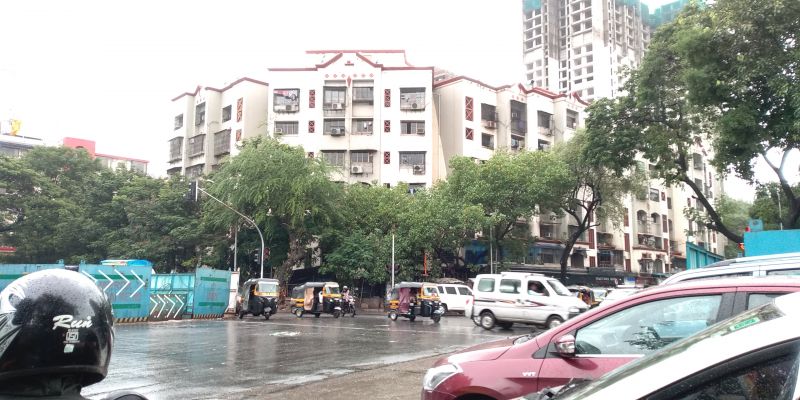 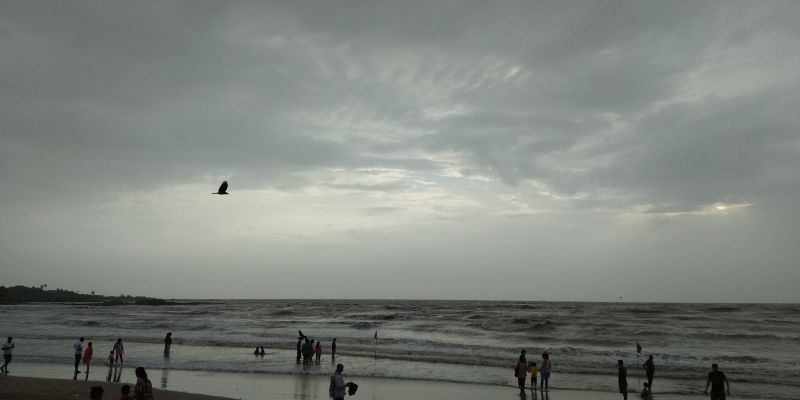 In low light conditions, focus takes a while longer to lock on; and once it does, a considerable amount of noise is visible. Details get a bit fuzzy too. We would not recommend using the camera for night photography unless you have a good light source. However, the LED flash can help capture better pictures in dark conditions. 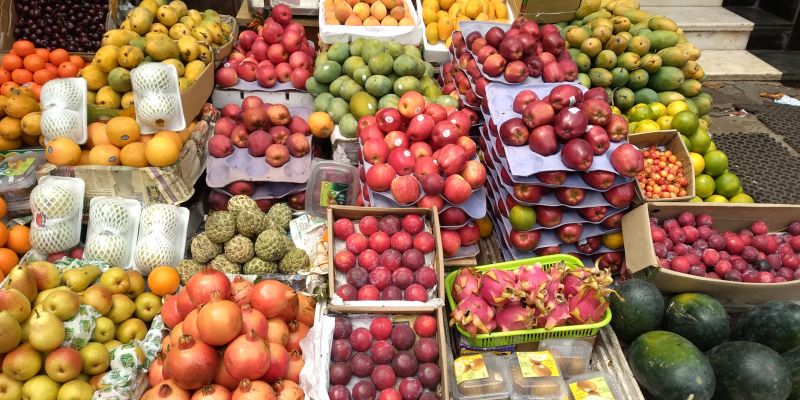 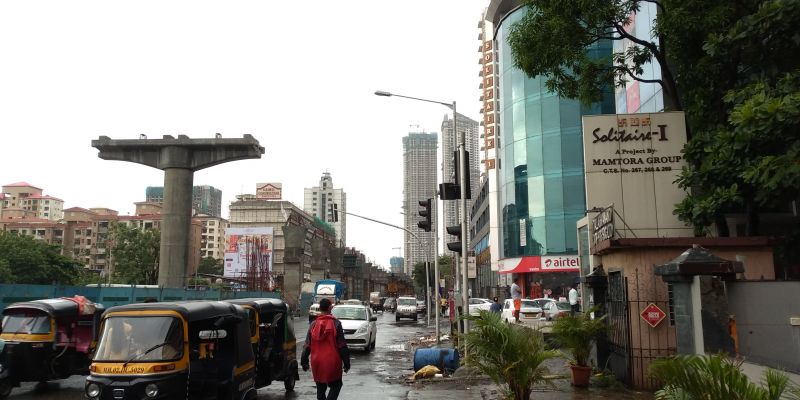 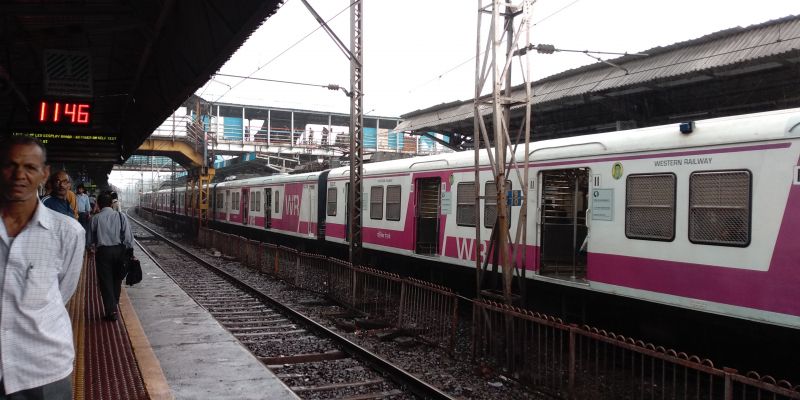 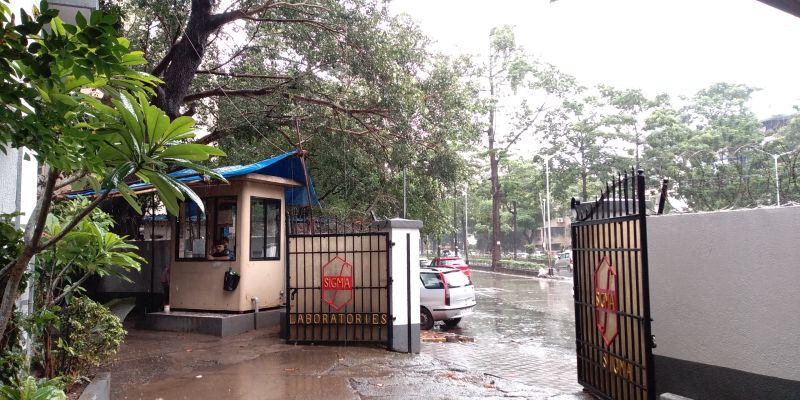 The front-facing 8MP shooter manages to click decent selfies during the day. Also, there's a beautification mode available, but the AI seems to overdo the skin tone and touchups. The beautification mode is best left between zero and 30 per cent for best results. The LED flash for selfies is very blinding as there is no diffuser installed here, which is seen on other smartphones with a selfie light. Overall, the cameras do a decent job of producing images that are sharable. 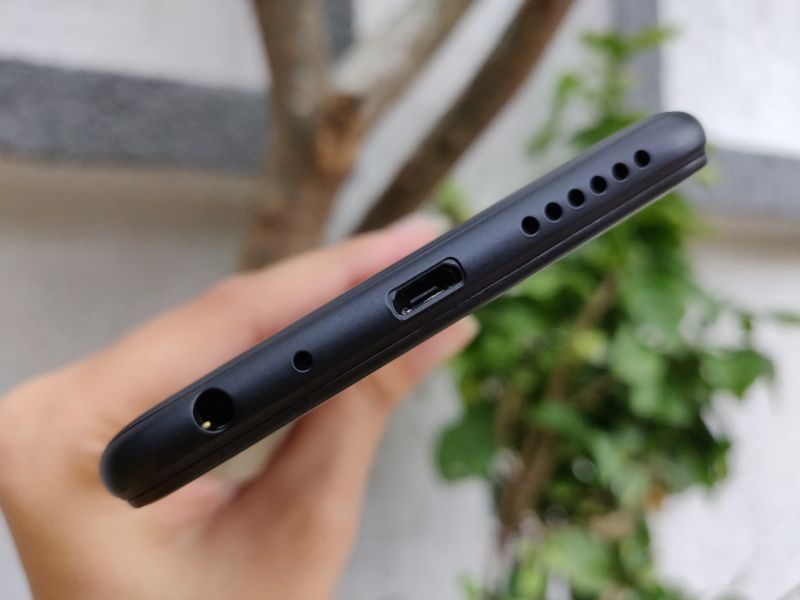 The Hot 6 Pro is equipped with a huge 4000mAh power pack, which is another USP of the phone. With moderate usage, the device can easily last around 1.5 days. The large battery takes a while to top up — around 3 hours on average.

As stated, the main proposition point with Infinix Hot 6 Pro is its massive display and a big battery. The 6 Pro isn’t the most powerful device out there but has capable hardware that gets the job done. The dual cameras appear strictly average but are good enough for casual photography. With a decent hardware, tall display, long-running battery and good looks, the Infinix Hot 6 Pro surely get a thumbs up from us to those seeking a good budget device under Rs 8K.