Nokia 4.2 comes in a compact form factor and offers a dedicated Google Assistant button and a breathing LED notification light in the power button.
Rating:

HMD Global has built up a stellar track record in the recent past by reviving a brand (Nokia) that was struggling not even a few years ago. In 2019, the brand has announced a few handsets at the Mobile World Congress 2019 and out of those, the Nokia 4.2 was the first launch in India.

This entry-level smartphone is positioned to take on the low-cost offerings from Redmi, Realme and Infinix among others but what separates it from the hordes out there is that it comes with an unadulterated Android One OS which gives you clean user experience. This trait in itself makes the handset a must-buy option; however, that’s not all. The Nokia 4.2, apart from being a good-looker also comes with a dedicated Google Assistant button and a breathing LED notification light within the power button itself. The former feature is rarely seen on a handset in this price range and the latter makes the smartphone a unique model in itself.

We spent a few days with the Nokia 4.2 and here are our thoughts on it. 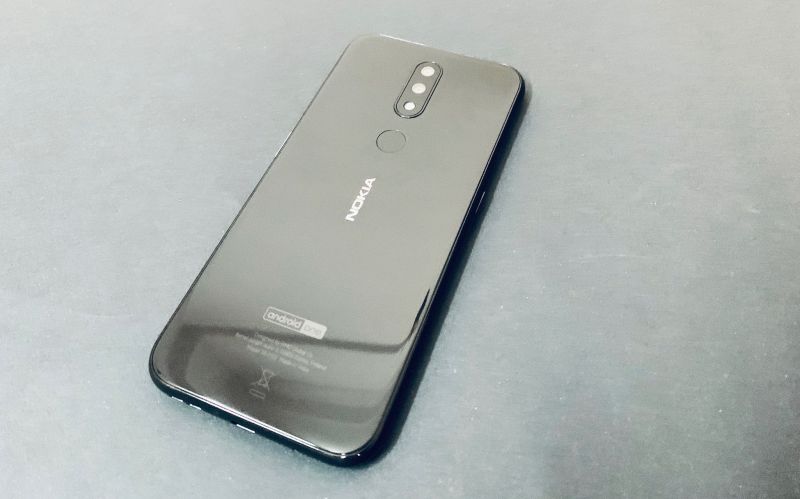 In the past, the Finnish smartphone manufacturer used to play around with the shape of its smartphones and they had the liberty of launching mobiles that looked rather unusual. The brand was able to experiment because they sat atop the pecking order and no other smartphone manufacturer rivalled them. Times have changed, and Nokia is not the dominant brand that it used to be. However, in keeping with its heritage, HMD Global, in 2019 has begun experimenting once again and as seen with the yet unreleased Nokia 9 Pureview, they have added a Penta-camera layout on the rear. Being a budget device, the Nokia 4.2’s design is not as differentiating but it does have unique attributes that separate it from the competition by adding a breathing LED notification light in the power button. 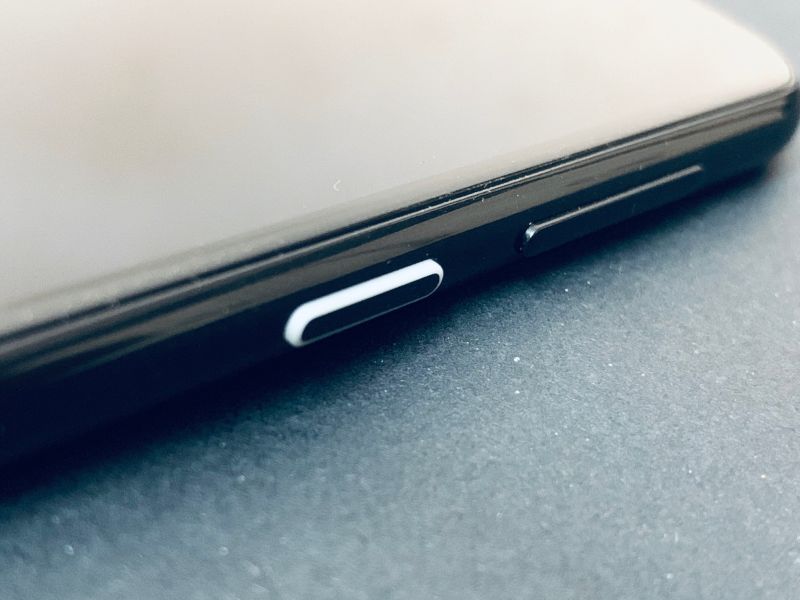 HMD Global has a tradition of launching premium looking handsets in price points that are pocket-friendly and the Nokia 4.2 isn’t any different. If you are familiar with handsets of last year like the Nokia 5.1 and Nokia 6.1, then you will find similarities with the Nokia 4.2. The handset comes with a 2.5D glass on the front and rear giving it an oh so premium appearance. While the glass back does add to the looks, it also helps in the functionality as well as it is easy to grip and sits comfortably in the palm. Sandwiched between the glass panels is a polycarbonate frame that looks anything but plastic. The brand has once again paid close attention to the design and given consumers the best of both worlds with the Nokia 4.2.

Available in two colour options — Black and Pink Sand, the Nokia 4.2 looks absolutely stunning, especially in the latter colour. While the Black model suits a professional environment, the Pink Sand variant is our pick of the two as it features a shade so rare that’s not seen on any other smartphone out there making it quite a unique proposition. 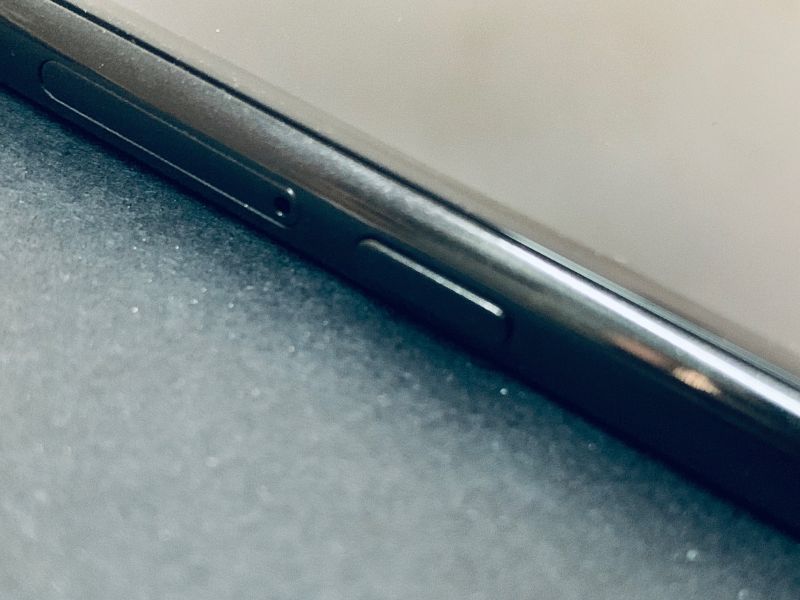 The rear features a vertically stacked dual camera set up along with a circular fingerprint scanner sitting just below it, and being a tiny handset, the biometric sensor is easy to reach. However, most of the time, at least in the initial stages, we ended up reaching for the camera to try an unlock the handset.

Speaking of the camera bump, HMD Global has done well to keep it to a minimum instead of the extra-large bump that features on the Nokia 8.1, which is one of the biggest we have seen. 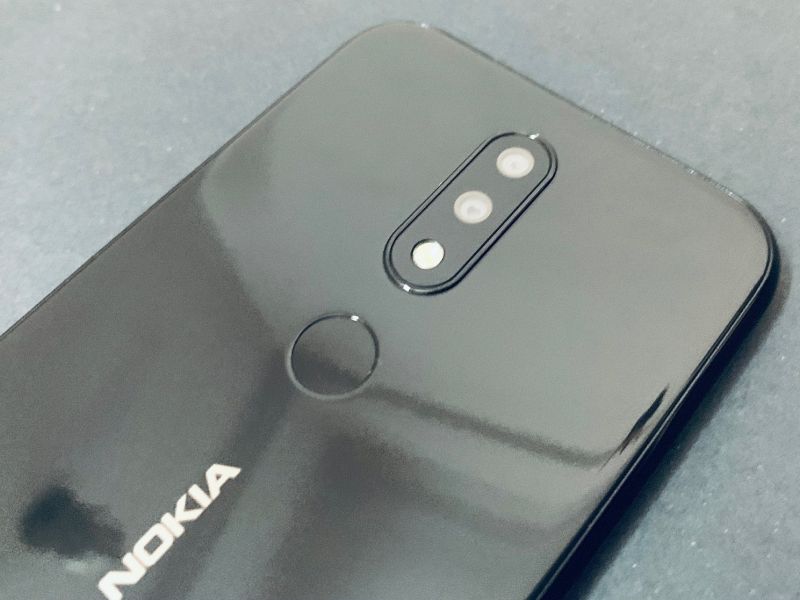 Being a compact smartphone, the Nokia 4.2 is extremely comfortable to handle. Accessing the volume rockers and the power button are easy and we faced no problems. The dedicated Google Assistant button on the left is extremely easy to access as well. Having an LED indicator on the power button is a smart move as no matter what orientation the handset is placed, it is still visible. While the thought of a large LED indicator may seem intrusive, the brand has added a breathing white LED light that doesn’t disturb even when the lights are off. This is always a good feature to have onboard.

The other addition that separates it from the competition is a Google Assistant button which by the way is the first ever to appear on a Nokia handset. Nokia has paid close attention to the needs of consumers as accessing the voice assistant is growing ever so greatly in popularity. 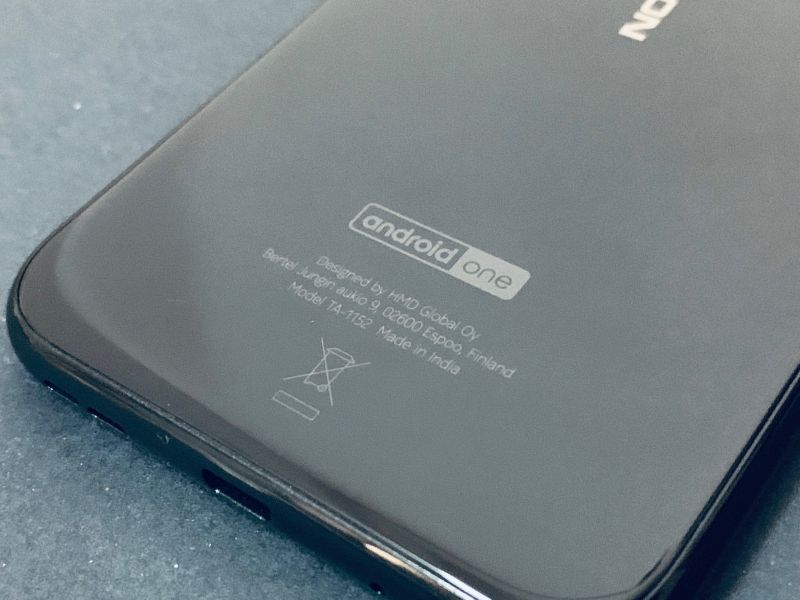 Lastly, being a budget device, you won't get a USB Type-C port. The handset also retains the 3.5mm audio jack that’s located on top of the Nokia 4.2. In what is rather a rare feature on smartphones these days, bundled in the packaging is a set of earphones which reduces the need to purchase a separate one. The handset also comes with a triple SIM/storage tray — two Nano SIMs and a microSD card.

Being a 2019 smartphone, the Nokia 4.2 comes with the customary waterdrop notch. This U-shaped notch is featured on a 5.71-inch HD+ display that sports a resolution of 720 x 1520 pixels and features a 19:9 aspect ratio. The bezels on the sides and top are rather slim but the chin is a bit thicker. Nokia has done well to keep the size of the bezels down to a minimum but rival smartphone manufacturers have far surpassed Nokia in this respect as they have slimmer bezels than this one. 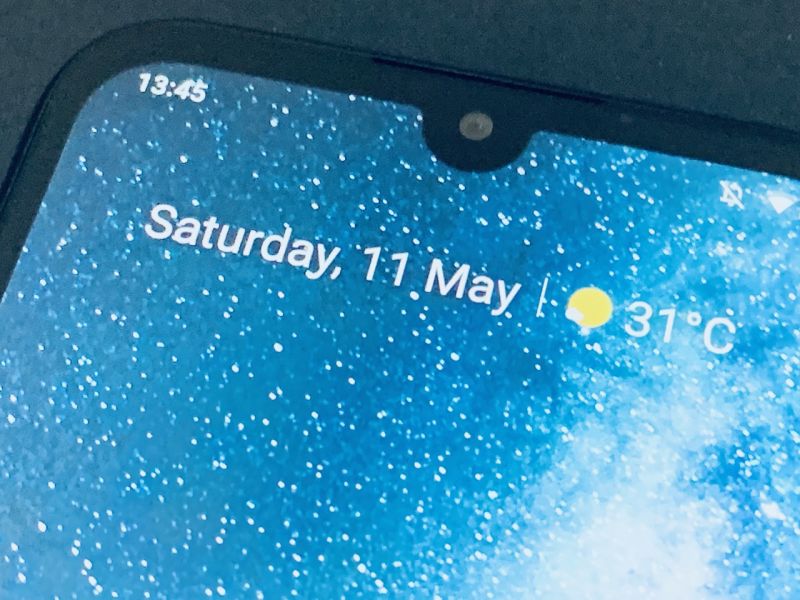 If there was one thing we would knock points off it would be the display. Given that colours look rich and pleasing, the Nokia 4.2 is rather dull and even when the brightness levels are maxed-out, it still is pretty subdued. This makes viewing it in direct sunlight nigh impossible. If the brightness levels were better, the handset would be an instant classic in all respects.

While watching videos on the Nokia 4.2, the screen is pretty sharp and colours are attractive giving you an immersive experience. What may come as good news to those who are seeking an HD experience in apps like Netflix and Amazon Prime, the Nokia 4.2 comes with Widevine L1, which will offer you the high definition experience to enjoy.

One thing is guaranteed that with Nokia smartphones these days you get the cleanest Android experience due to it being part of the Android One platform. This gives it a major advantage as you get a software that’s not just up to date but future releases will be available as soon as they are released. Being an Android One handset that runs on Google’s Android 9 OS, you get all the tastiest features it has to offer such as gesture navigation, and most importantly an AI that’s in-built that learns how you use your phone making it customisable to only you. 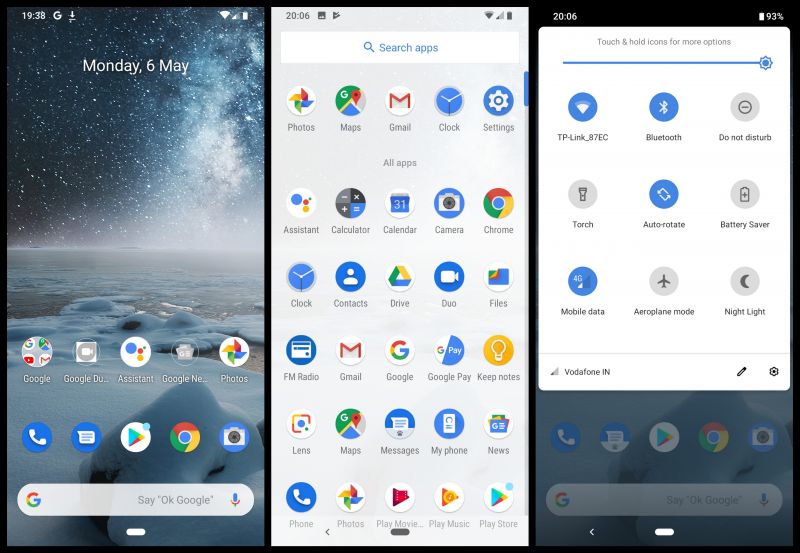 With being an Android Pie handset, you also receive predictive shortcutting for apps as well as digital wellbeing tools that take care of you. Slices and App Actions features anticipate your next move, delivering app integration and shortcuts for easier and faster tasking. Digital Wellbeing tools such as App Timers, Dashboard, and Wind Down, help you understand your phone usage and take a break when you need it. 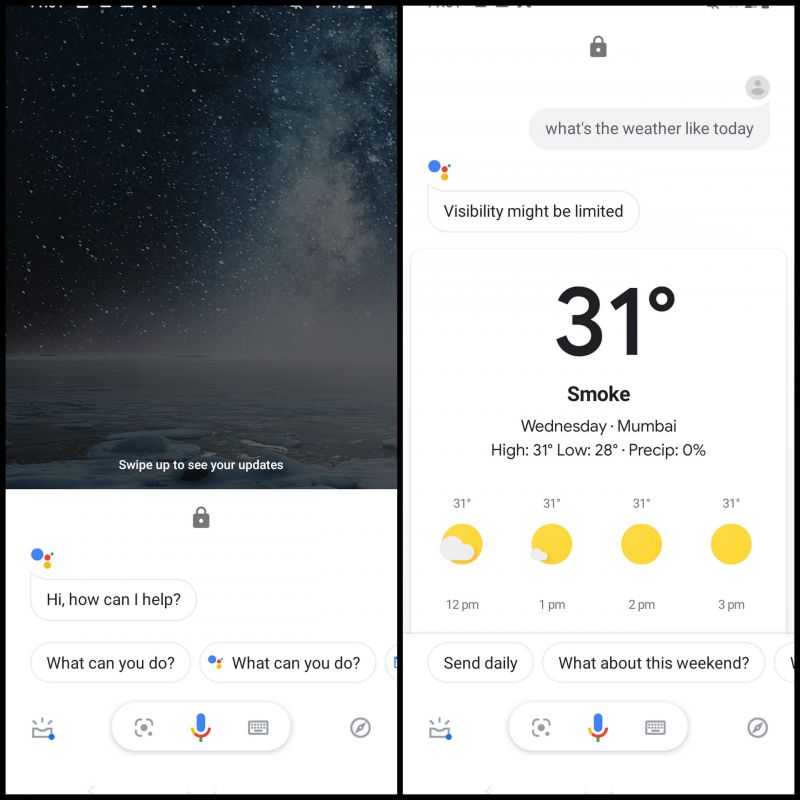 An advantage that the Nokia 4.2 has is that the OS is completely light on the hardware making it quite fluid. Also, you are guaranteed to receive Android Q which has been recently detailed at the Google I/O 2019. This is one of the few smartphones in this price range that offer some form of future-proofing where software updates are concerned.

The Nokia 4.2 is powered by an octa-core Snapdragon 432 chipset that’s clocked at 2.0GHz and built on the 12nm process. Being a 12nm chipset, you can expect better power efficiency in comparison to rival manufacturers. Alongside the chipset, the handset is available in a single configuration of 3GB RAM and 32GB storage that’s expandable to up to 400GB more. This isn’t the fastest chipset available in the market, but the optimisation of the software here allows it to handle any general task thrown at it with ease. 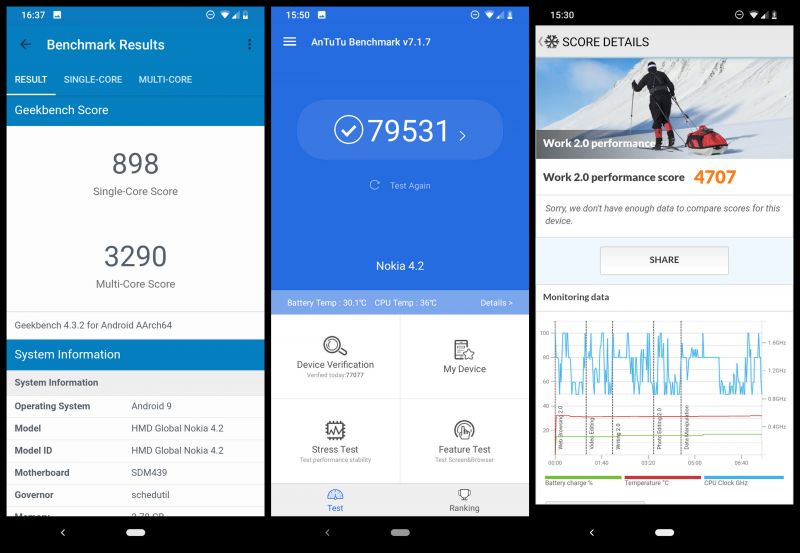 Being a low-end chipset, don't expect super-fast performance, no matter how well the OS is optimised. Playing games like Asphalt 9 and PUBG on the lowest possible settings will ensure an acceptable gaming experience. However, if you crank the settings any higher, you will find a lot of frame drops which will mar your gameplay. However, because it utilizes a 12nm process, the battery drain is kept to a minimum ensuring you have enough in the tank to last you enough to the end of the day.

While scrolling through the UX is acceptable, navigating in and about apps isn’t the fastest as we found that opening apps took a bit of time to happen. With that being said, if you can ignore this, then you could enjoy the overall experience. 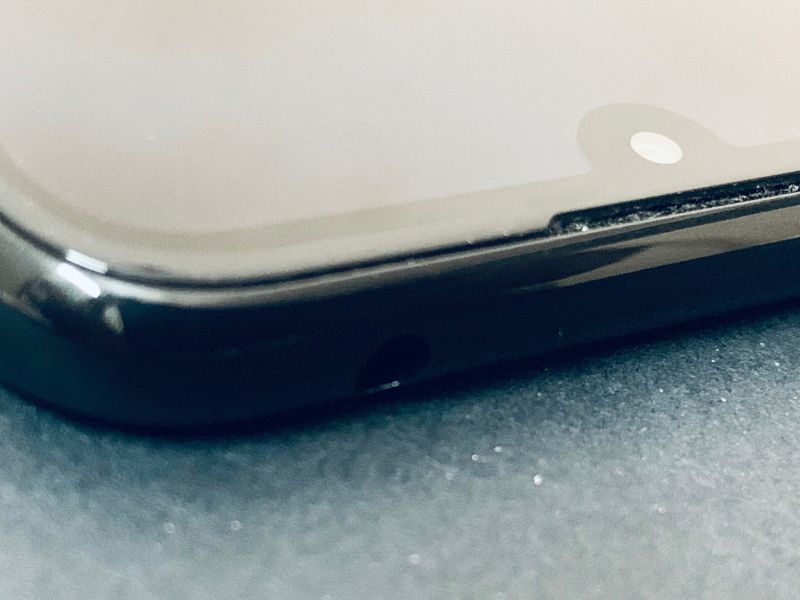 The Nokia 4.2 comes with a dual camera set up on the rear and it comprises of a 13MP primary sensor with an F/2.2 aperture and a 5MP depth sensor. The camera app is pretty straightforward and you can get acquainted with it in a matter of seconds. 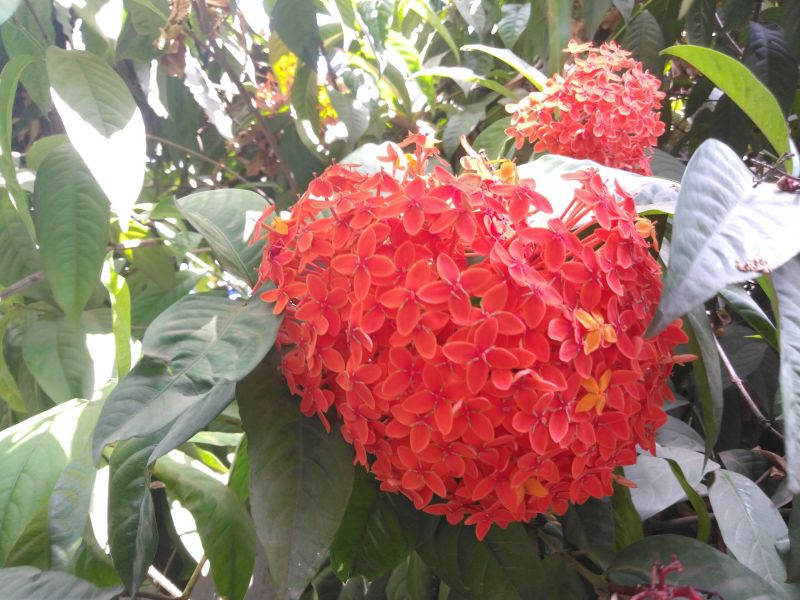 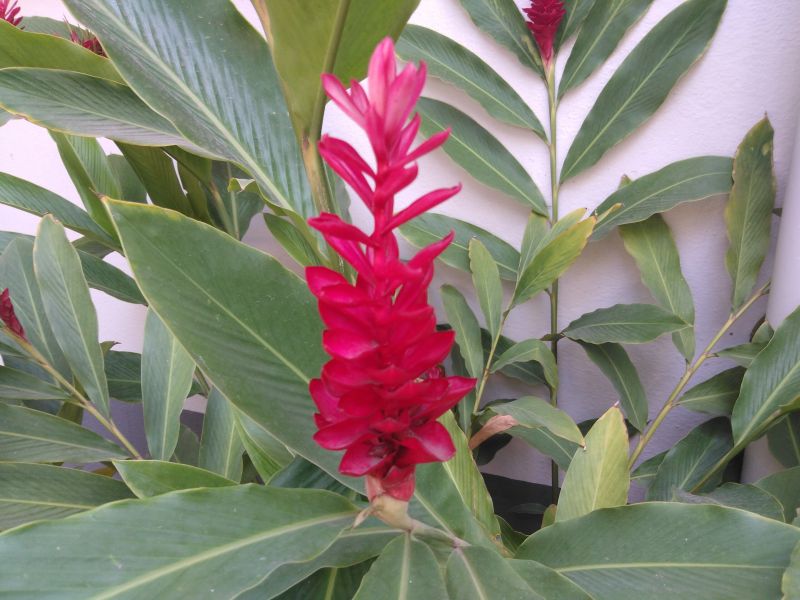 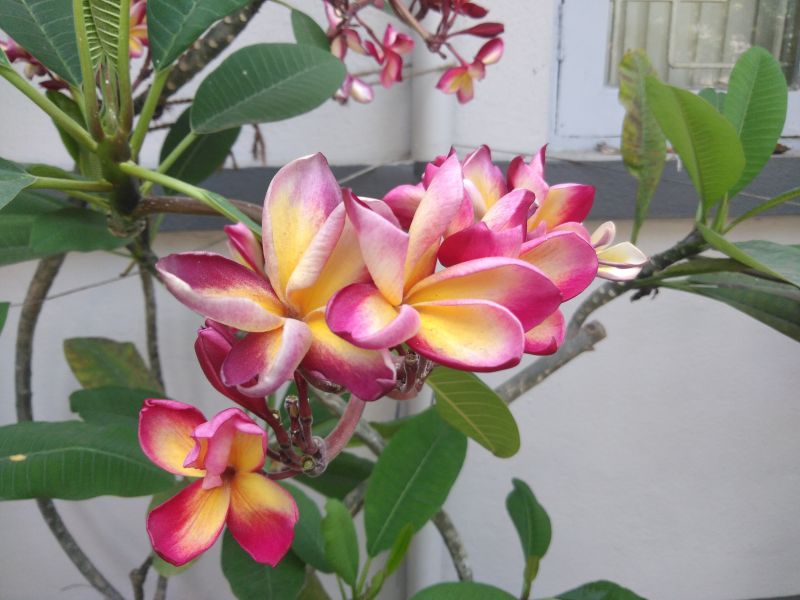 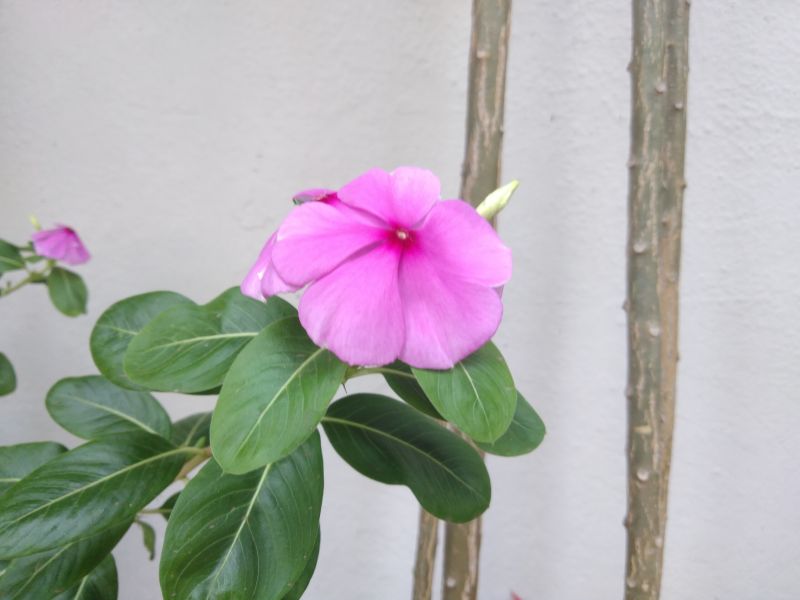 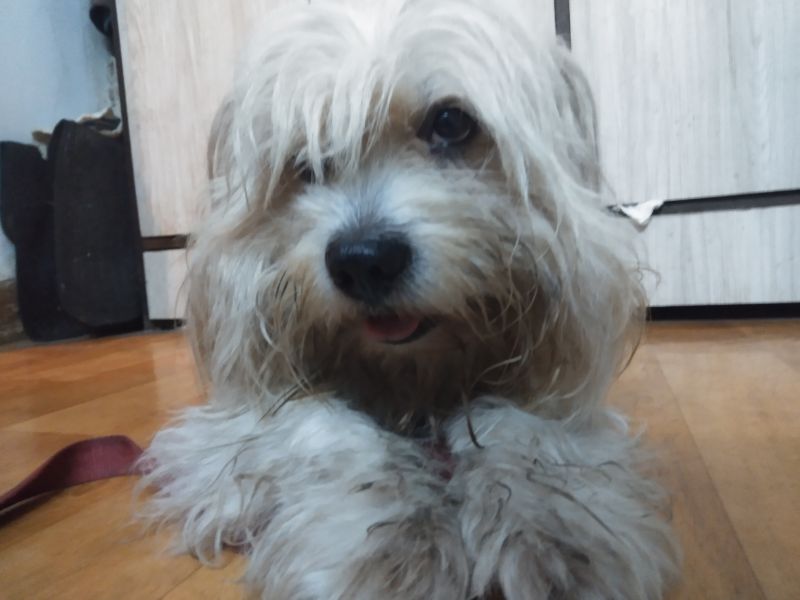 The image quality can be rated decently at best. In well-lit environments, the cameras captured images with a lot of detail and colours appeared natural. We did notice that there were some focusing issues sporadically but on most occasions, it served the purpose without any image blur. Indoor shots were not as grainy as expected and there was a fair amount of clarity noticed. 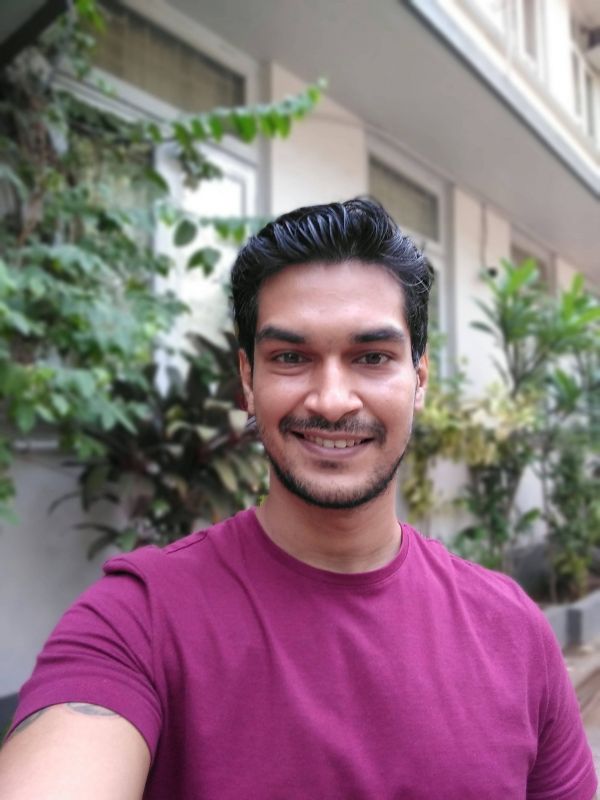 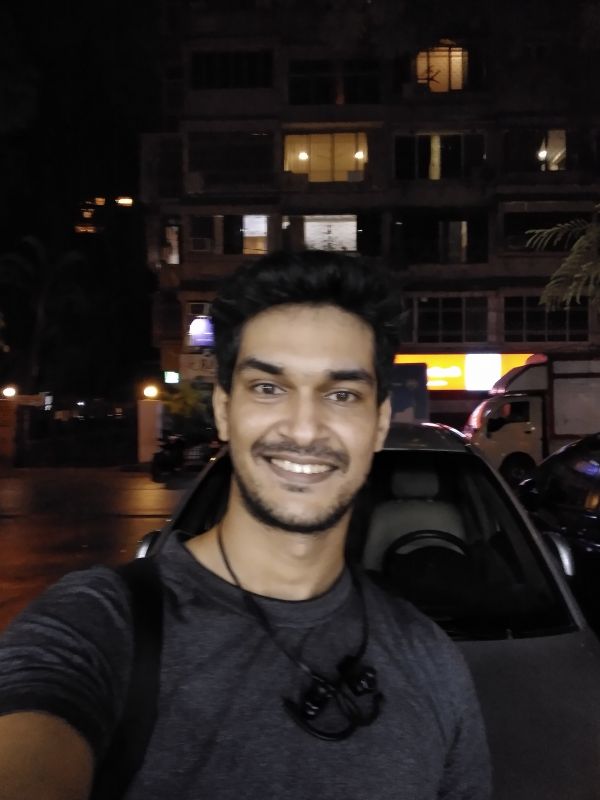 The Nokia 4.2’s front-facing camera is rated at 8MP and comes with an aperture value of F/2.0. While capturing portraits we observed that skin tones appeared natural without any unnecessary beautification happening. This gives you a more natural appearance in comparison to some of the Chinese counterparts available in the market.

Overall, the image quality captured on this handset is decent and on par with its pricing. 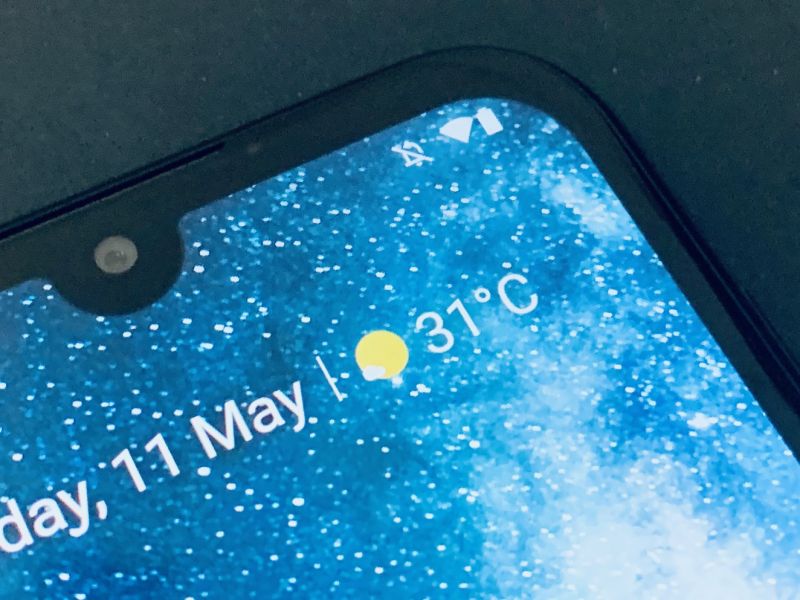 There is a 3000mAh battery fitted on the Nokia 4.2 and we have to say it’s pretty decent. While testing, we observed that no matter the usage — which was moderate to heavy, it did manage to last comfortably till the end of an average workday. There was rarely any time that we were forced to top it up before night time. However, with that being said, you should expect a full day’s worth of usage from this smartphone. 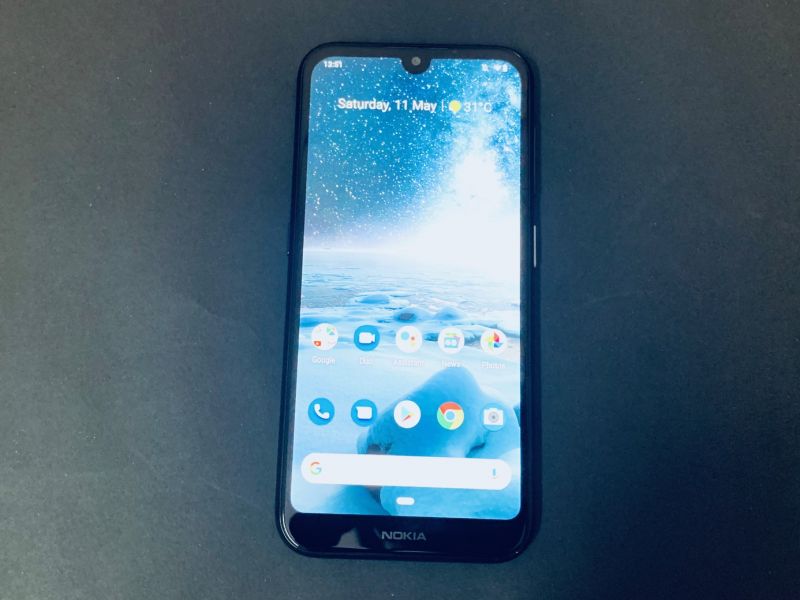 Priced at just Rs 10,990, the Nokia 4.2 sits at a position that makes it easily recommendable if you favour a smartphone from a premium brand. Built on the Android One Platform, the Nokia 4.2 will offer you something that other manufacturers will struggle to — timely software updates. This in itself puts it above the competition. While the software here makes it a winner, the handset comes with other interesting traits; by which we mean design, a dedicated Google Assistant and a unique LED back-lit power button.

For us, the Pink Sand option steals the show, but the Black variant is equally beautiful too. Having quick access to Google Assistant allows you endless possibilities and by placing the LED indicator in the power button, there’s no chance you’re missing a notification. In the end, it's all the small things that add up that make us recommend this product, even though it does have some minor niggling setbacks.