DECCAN CHRONICLE
Published May 13, 2017, 11:28 am IST
Updated May 13, 2017, 12:33 pm IST
Since Google launched its Pixel smartphones in October, the rumoured models are also expected to be unveiled during the same month.

At least three follow-ups on the Google Pixel smartphones are expected this year. Among them, the two, codenamed Walleye and Muskie, has already appeared in documents, while information about a larger Google Pixel 2 variant, codenamed Taimen, has just started doing round on the internet. And recently, it had its Geekbench scores leaked.

According to its listing on Geekbench, Taimen has a single core score of 1804 and a multi score of 6248. 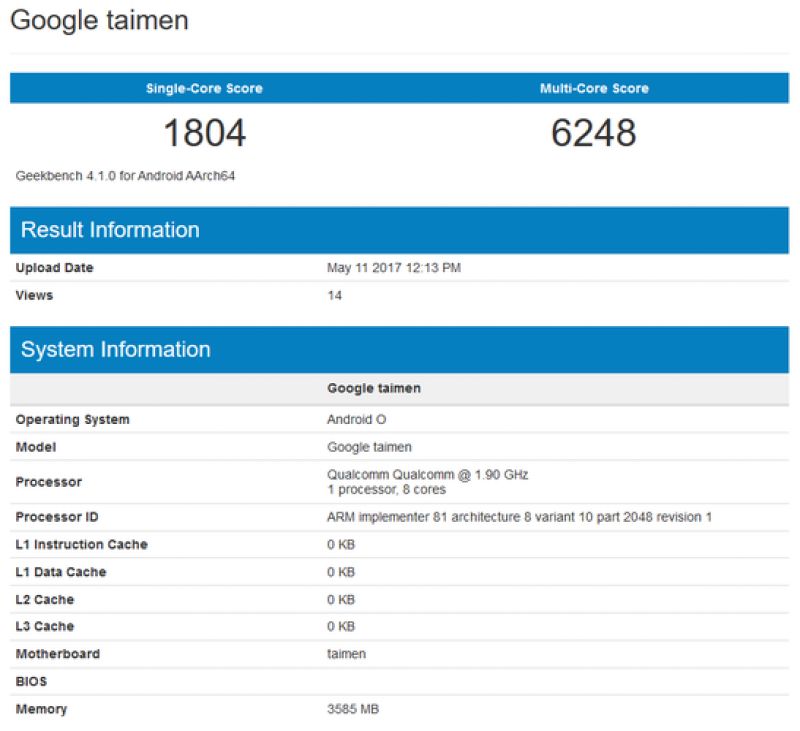 Under the hood, the phone was tested with the Qualcomm Snapdragon 835, running the octa-core CPU at a clock speed of 1.9GHz. Interestingly, the device was spotted to operate on Android O operating system, which is still in testing stage.

The device has failed to beat single core score of Samsung Galaxy S8+ and recently score of OnePlus 5.

It is speculated that the phone’s operation on Android O is responsible for such low score in the listing.

Earlier in March, Senior vice president of hardware at Google Rick Osterloh confirmed to bring successors to Pixel phone. He never revealed the month. "There is an annual rhythm in the industry,” Osterloh said. “So, you can count on us to follow it.”

Since Google launched its Pixel smartphones in October, the rumoured models are also expected to be unveiled during the same month.

However, an official say from the firm is yet to come.