Could this be the iPhone 12?

2013 saw the last time that Apple launched a smartphone with a relatively small display. The next year was a completely different story as the 2014 iPhone 6 and 6 Plus showed that Apple had relented to market trends and launched its iPhones with bigger displays. This move resulted in one of the biggest upticks in Apple’s fortunes as sales soared through the roof. Since then, Apple has found it rather difficult to replicate this success even though in 2017, they launched a smartphone with a completely altered design.

While 2014 was the start of bigger iPhone models, the company also started a new trend — refreshing its designs after every three years. While it does make sense, Apple fans seem a bit disgruntled about this move especially since Android biggies started launching fresh designs almost every year. While the move does make sense for Apple, especially since iPhone adoption has waned and people upgrading their handsets after every three years; there are still mixed feels surrounding this move from the Apple faithful.

With 2020 being the year Apple is expected to take the plunge and refresh its design, several leaks and rumours have started surfacing which showcase its upcoming design. Keeping in tune with these leaks, the world’s most accurate Apple tipster, Ming-Chi Kuo has also shared some information regarding the iPhone 12 and he claims that the handsets will receive a massive new redesign that’s reminiscent of the iPhone 5, a handset that was much loved across the globe. 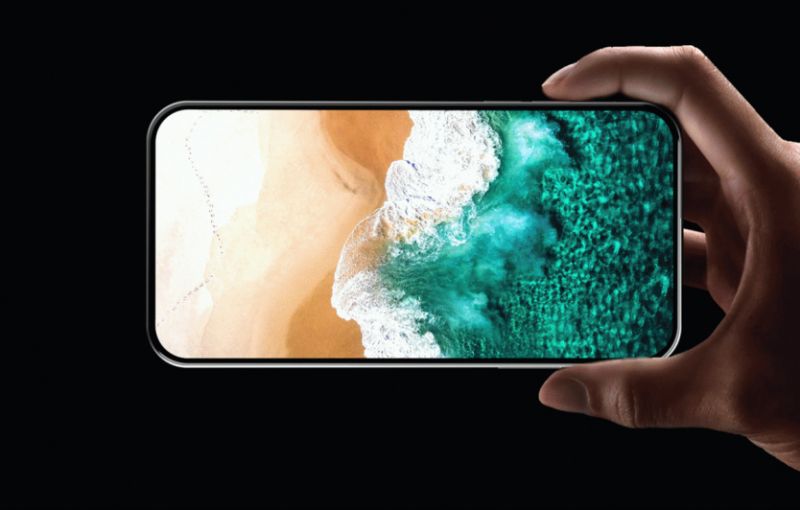 Shifting away from the smooth, curved edges that are seen on all handsets from the iPhone 6 onwards; Apple will switch back to the flat industrial design with chamfered edges that’s akin to the iPhone 4, iPhone 5 and iPhone 5S. Keeping in mind that virtually all smartphones nowadays come with the smooth, curved edg4es, this will be a nice way for Apple to differentiate themselves from the competition.

Keeping all this information in mind, Pallav Raj has introduced a gorgeous concept design that gives us a first look at what Apple may have in store for us when the iPhone 12 launches. Probably the only misstep here is the all-screen design sans notch. Yes, it is true that Apple plans on shrinking the notch down quite drastically, but we suppose that it won’t look like this.

Check out the video below to get a dose of what the iPhone 12 could be ahead of its September 2020 launch.