Remember Palm? They will be back with a 3.3-inch mini smartphone

The revived Palm will stick to its core principles — smaller and pocketable phones. (Photo: Android Headlines)

Before iOS and Android were considered as mainstream smartphone platforms, Palm was one of the preferred choices for professionals and nerds alike. Designed to fit in a palm, their devices were extremely trendy and were highly functional. The brand has been long dead — thanks to demand for bigger smartphones over the years. However, in a bid to relive the nostalgia, a leak suggests that TCL is bringing back the brand and their first product has just passed FCC certifications.

The device is still known as Pepito, but the smartphone seems to be almost ready for commercial debut. However, instead of embracing the modern large-display smartphone phenomenon, the revived Palm will stick to its core principles — smaller and pocketable phones. Therefore, if the leaks are to be believed, then the Palm Pepito will sport a 3.3-inch touchscreen display with 720p picture resolution. It will be powered by Qualcomm’s Snapdragon 435 processor paired with 3GB of RAM and 32GB of internal storage. 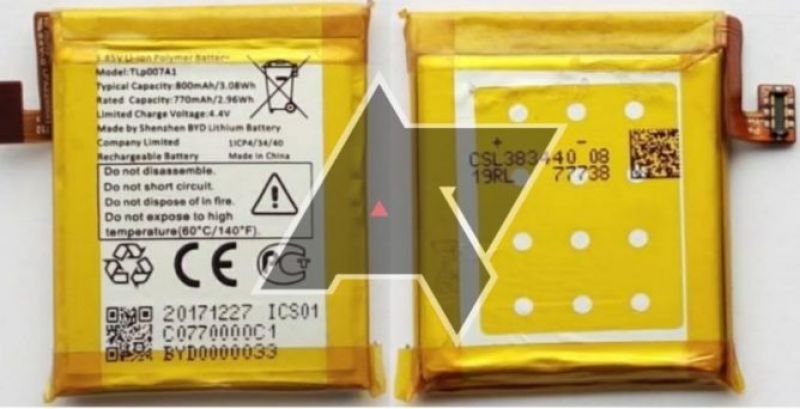 Unlike the Palm device of yesteryears, the company will now utilise Google’s Android 8.1 Oreo OS out-of-the-box. However, we expect that Palm could be recreating the original experience by putting a custom launcher on top, utilising navigation gestures similar to the original. Another eye-grabbing feature of the new Palm device will be an 800mAh battery, which is puny by today’s standards. But the presence of a low-res smaller display and power-efficient processor could help make it through a day.

While no other detail regarding the device has surfaced, it is expected that TCL will unveil the new Palm device before the end of this year.