Asus has recently unveiled the ROG Phone and if one is excited how this gaming phone stacks up in comparison with other phones, then this bit of information is very valuable.

As per a report, Asus has added a Qualcomm Snapdragon chipset with a clock speed of 2.96GHz. This gives it a 200MHz benefit over other recent flagships and gaming phones. 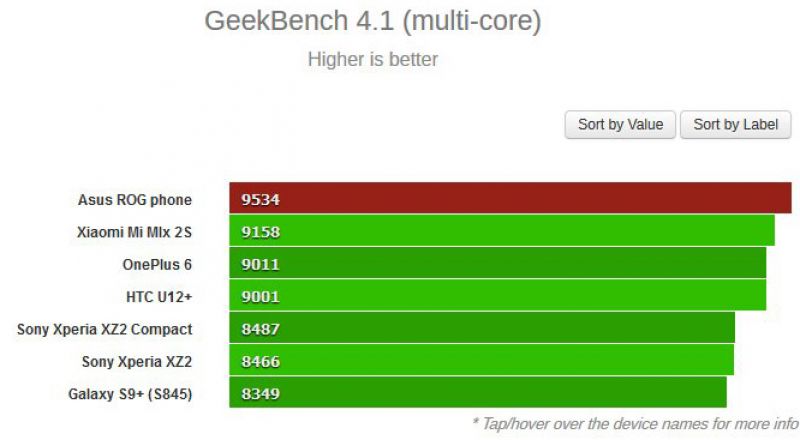 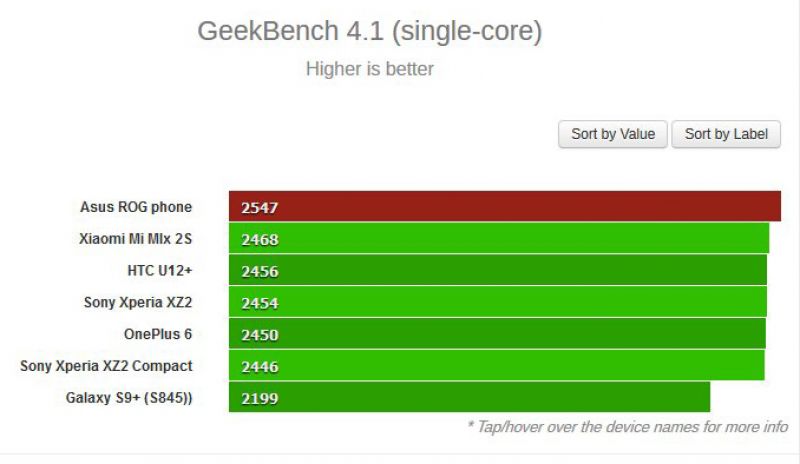 In the single-core test on the same Geekbench platform, the Asus ROG Phone comes up top once again.

Although the Asus ROG Phone beats the handsets, the difference is not by much. The report states that it is not clear if the benchmark benefited from the X Mode, which disables the four slow cores in the Snapdragon 845 and increases the minimum clock speed of the four big cores. The big cores provide most of the power in multi-core tests. With one core scoring around 2,500, four of them should hit 10,000. but they don’t because of heat – one core can run cool, four need to clock down. So, disabling the four small cores leaves some headroom for the big ones to show their best.

As the ROG Phone is a gaming smartphone, ASUS has added the world’s fastest 2.96GHz octa-core Qualcomm Snapdragon 845 SoC coupled with a Qualcomm Adreno 630 GPU. ROG has also partnered with Garena, developer of one of the world’s best-ranking survival shooter games, Free Fire. This was implemented to explore the possibilities that ROG Phone brings to the gaming scene.