I am Samsung Galaxy Note 10

With the Galaxy Note 10, you can expect there to be some major design changes. The main feature here is the redesigned triple-camera setup on the rear.

There are just a few short weeks to go before the Samsung Galaxy Note 10 goes official and excitement for the South Korean brand’s next flagship is ramping up. After being subjected to a variety of concept renders based on leaks, the first official images of the Galaxy Note 10 have surfaced and they are beautiful.

Recently, Twitter user Ishan Agarwal and WinFuture’s Roland Quandt shared what they state are official press renders of the upcoming Galaxy Note 10 and in the process, displaying all the key design elements that have been mentioned in the various leaks and rumours.

With the Galaxy Note 10, you can expect there to be some major design changes. The main feature here is the redesigned triple-camera setup on the rear. Samsung has added a triple camera setup to match the brand’s earlier flagship, the Galaxy S10 but has employed an entirely new location which is on the top-left as opposed to the centre. The flash also has been moved to the right of the camera configuration. 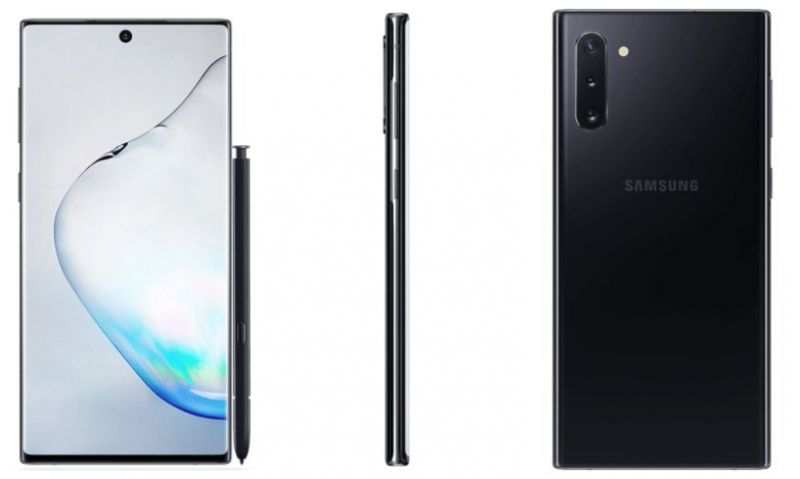 On the front, there is a new punch-hole camera that’s different from the pill-shaped one found on the S10+. The brand has centrally-aligned it, giving it a very streamlined look. Additionally, it uses an in-display fingerprint scanner which is no surprise at all as the Galaxy S10 also came with it.

As per a report by GSMArena, “Finally, we also get a glimpse of the new S Pen, which looks very similar to that of the Galaxy Note 9, if not virtually identical. As we recently learned, keeping the S Pen around has apparently prevented Samsung from bringing bigger batteries and more modern designs to its most expensive phone line, but the accessory clearly remains a priority for the company, and presumably for fans of the Note line as well.”

Samsung will take the wraps off the Galaxy Note 10 on August 7 at its Unpacked event.