The 2020 iPhone will come with a smaller front camera lens for an enhanced screen-to-body ratio.

The 2019 iPhone has received mixed opinions even before its launch with a majority suggesting they will skip this generation in favour for the 2020 iPhone. New details about the 2020 iPhone have surfaced suggesting it will be a major upgrade over the current generation and reports indicate that it will come with a notch-less display.

As per a research note by reputed Apple analyst, Ming-Chi Kuo, the 2020 iPhone will come with a smaller front camera lens for an enhanced screen-to-body ratio. It’s about time Apple shifts away from the notch which debuted way back in 2017; which is a lifetime ago in the tech world. While the notch won’t go entirely, Kuo suggests that it will be a lot slimmer.

As per a related report by China Times, an analyst at investment firm Credit Suisse in Asia states that Apple is planning to launch at least one new iPhone in 2020 without a notch or Face ID. This new handset is expected to ship with an under-display camera as well as a full-screen acoustic fingerprint authentication system. This could most likely be an enhanced version of the in-display fingerprint sensor that will work anywhere across the screen.

The very same analysts state that all three iPhone models will come without a notch in 2021 thereby finishing the transition to under-display front cameras and full-screen fingerprint biometric authentication. Apple is reportedly said to use its own fingerprint technology rather than using a third-party provider. 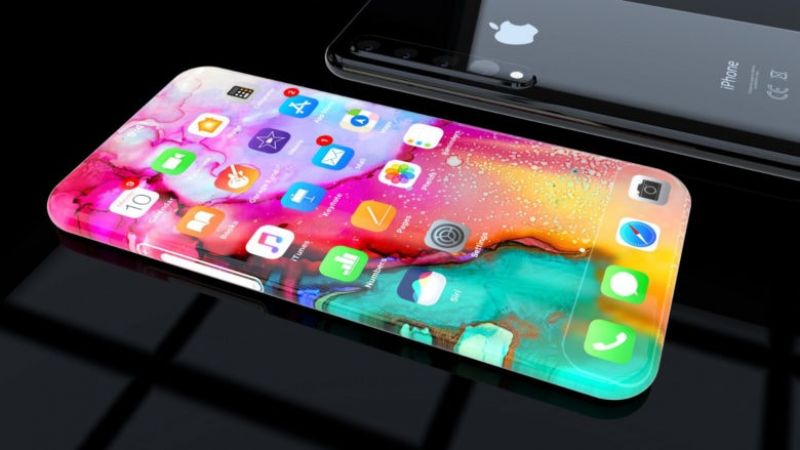 What this means is:

Recently, reports surfaced that Apple was planning a smartphone for budget-conscious China that will come with under-display fingerprint recognition as it’s believed that this technology is far cheaper than Face ID.

Earlier on, reports surfaced that claimed Apple will make use of full-screen fingerprint sensors but no definite timeline was provided.

As per a report by MacRumors, “The notch has been a controversial design decision since it debuted on the iPhone X in 2017, and it has always felt like a stopgap on the way to an iPhone with a truly edge-to-edge display, so these rumours certainly have some plausibility. However, these reports should still be viewed with some scepticism until they are corroborated by other sources. It is also early, so these plans could change.”

The fact that Apple will be using a notch-less iPhone is very appealing. And the report adds, “In January, for example, Apple supplier AMS launched new under-screen ambient light and proximity sensors, while Chinese smartphone makers Oppo and Xiaomi have recently showcased smartphones with under-screen front cameras.”