Mi fans will also be happy to know that the official Weibo account of Xiaomi has confirmed that the screenshot actually belongs to the MIUI 9 interface. (Representational image: MIUI 8)

With the Android O update looming on the horizon, manufacturers are rushing to deliver the Nougat update to their flagship smartphones. Xiaomi recently announced the list of its smartphones slated to receive the Android 7.0 and 7.1 update. Xiaomi is also expected to working on a new version of its custom interface, the MIUI 9 and a leaked screenshot of the same confirms the imminent launch of the same.

The leak shows the lock screen of the MIUI 9 bearing a minimalist look. There are four shortcuts stacked on top of each other with a shortcut for flash light at the bottom. The shortcuts consist of Mi-Pay, Mi Jia app, Mi Bus app and Universal Remote Control app. Of course, all these apps are meant specifically for the Chinese consumers. However, it is expected that these shortcuts can be customised as well. 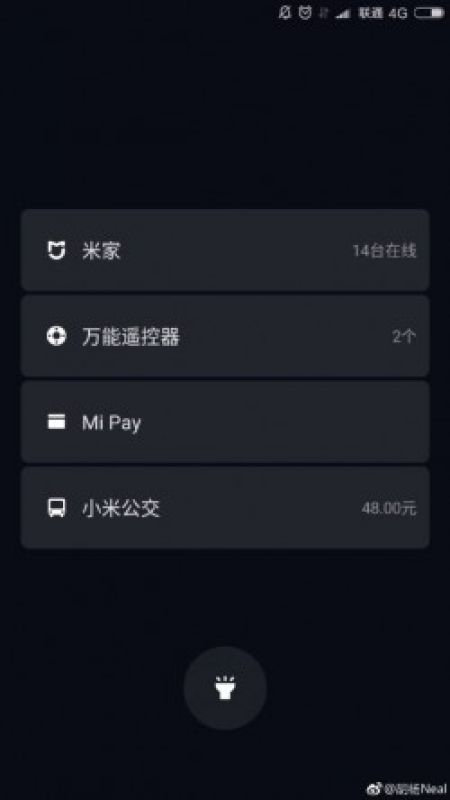 Mi fans will also be happy to know that the official Weibo account of Xiaomi has confirmed that the screenshot actually belongs to the MIUI 9 interface. Therefore, your Redmi Note 4 or your last year’s Mi 5 will be getting the revamped interface sometime in the fourth quarter of 2017. The MIUI 9 is also rumoured to feature the split screen mode (a feature that is part of the standard Android 7.0 Nougat interface) and the picture-in-picture mode from the yet-to-be-released Android O.