Is Xiaomi releasing the Mi Max 2 in India?

The Mi Max also gains a stereo speaker setup like the iPhone 7.

Xiaomi unveiled the second generation of its popular phablet – the Mi Max, in China a few months ago. The smartphone packs the latest mid-range specifications in a large form factor. It now seems that Xiaomi is planning to release the device in India, as evident from its teasers on social media.

The company’s official Facebook page has been carrying teasers with a word game. And now in a confirmed Tweet, the statement ‘Big is back’ clearly points out to Mi Max 2 phablet, which they could be probably announcing on the 18th of July, 2017. 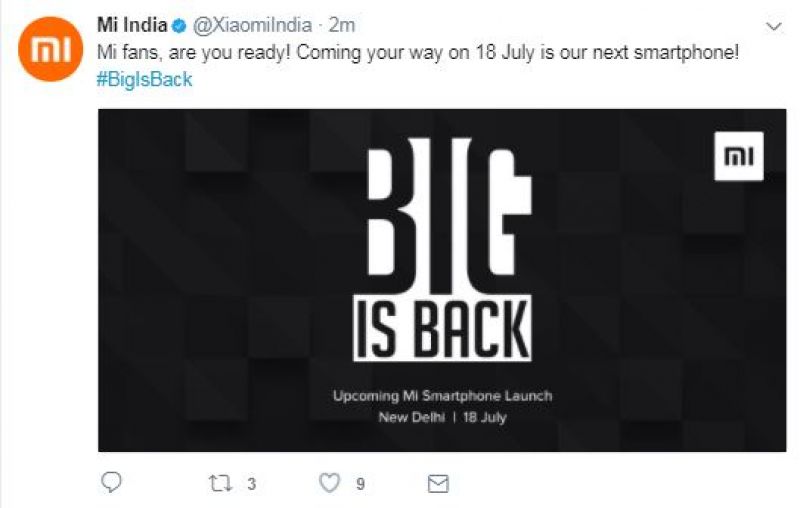 If this turns out to be the Mi max 2, then consumers seeking a mid-range smartphone will have a worthy alternative to the newly launched Samsung Galaxy J7 Max. The Xiaomi Mi Max 2 sports a 6.4-inch full HD display and is powered by the Snapdragon 625 chipset, the same one that powers the popular Redmi Note 4. The smartphone will come with 4GB RAM and 64/128GB of storage. There’s a 12MP sensor from the yet-to-be-launched-in-India Mi 6 for the rear camera duties along with PDAF and a dual-tone LED flash. The massive 5,300mAh battery comes with Quick Charge 3.0 support and can be charged from its USB Type-C port. The Mi Max also gains a stereo speaker setup like the iPhone 7.

The Xiaomi Mi Max 2 is expected to be priced at Rs 16,000 for the base model and Rs 20,000 for the top variant, similar to the pricing of the last year’s model.