The report also suggests this variant of the iPhone will no longer support 3D Touch and likely features the 1st-generation Face ID, instead of 2nd-gen.

After the successful WWDC keynote, the next event from Apple would be the launch of next-gen iPhones sometime in the coming September, this year. A new report from Forbes reveals the schematics of upcoming iPhones in which a larger variant with a triple camera lens and a cheaper iPhone which is acclaimed to be termed as the budget iPhone have been witnessed.

According to the report, the leaked schematics reveal a 6.1-inch iPhone design, which will most likely be the 'budget' iPhone. The schematics showcase the usual notched display on the front and a single camera sensor on the rear with LED and microphone aligned vertically resembling the current iPhone X design. 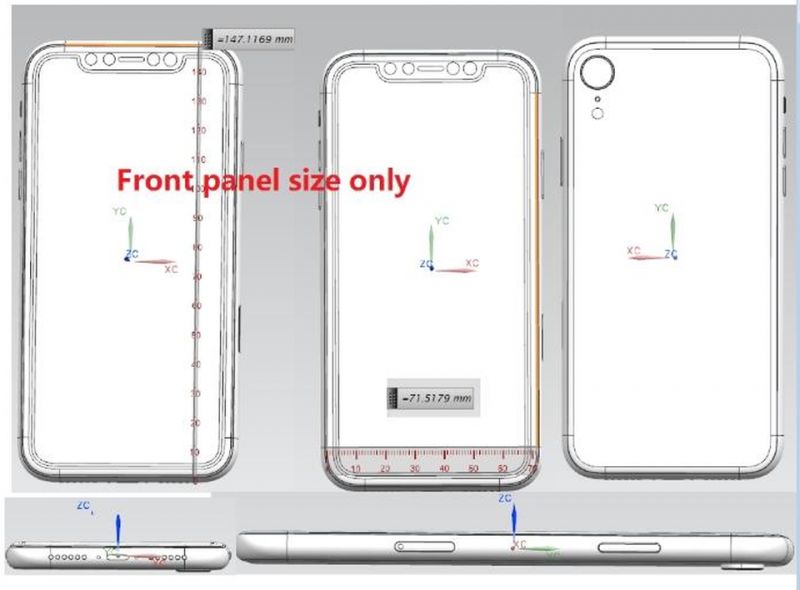 This rumoured budget iPhone X will measure 147.12 x 71.52 mm (5.79 x 2.81-inches), which is technically longer and wider compared to the 5.8-inch iPhone X. The report also suggests this variant of the iPhone will no longer support 3D Touch and likely features the 1st-generation Face ID, instead of 2nd-gen, which is supposed to feature in the upcoming iPhone X and iPhone X Plus.

As this is considered as the budget iPhone, the report claims that Apple is expected to gash the price across its line-up of devices by a $300 margin.

As far as the reports and rumours if are believed to be true, the cheaper budget iPhone would be featuring an LCD panel instead of an LED display.