After the successful Windows 10 Hello unlock feature from Microsoft, the company is planning to innovate a more secured feature that can unlock your device by your palm vein authentication – PalmSecure. Microsoft is partnered with Fujitsu, and the future models from the company will have this feature integrated in them.

Microsoft says this new PalmSecure can be more secured than that of fingerprint, as fingerprints can also be cloned. This authentication system relies on the information of your palm vein data which can be more authentic than a fingerprint. 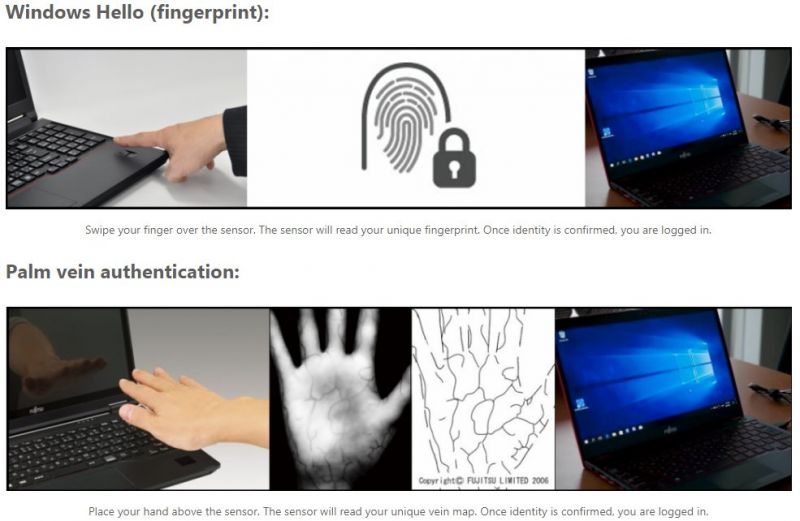 The palm veins unlock system works similar to the existing fingerprint sensor. Instead of resting the finger on the sensor, the user needs to raise his hand above the integrated sensor, where the scanner reads the palm vein data, which is innovative and secure, the company calls it contact-less authentication. This process is reliable and as fast as the fingerprint reading and chances of breach are most likely zero.

“Vein patterns are unique to individuals and contain detailed characteristics for formulation of algorithm template. The sensor of the palm vein device can only recognize the pattern if the deoxidised hemoglobin is actively flowing within the individual's veins,” Fujitsu explained.

This advanced authentication algorithm might be able to offer secured level of accuracy and Fujistu says, it’s been using its two decades of image recognition experience to make everything run smoothly.