The smartphone may also feature an iris scanner next to an 8MP front camera. (Photo: Weibo)

Huawei is reportedly working on a new smartphone namely Mate 9 which has been tipped to sport a dual-camera setup and a powerful battery capacity as well.

According to a Chinese website Weibo, the Leica built dual-camera setup on the back will consist of a 20MP and 12MP rear sensor. The smartphone is also rumoured to sport 3000mAh battery with quick charge functionality, which will restore half the smartphone’s charge in just 5 minutes. 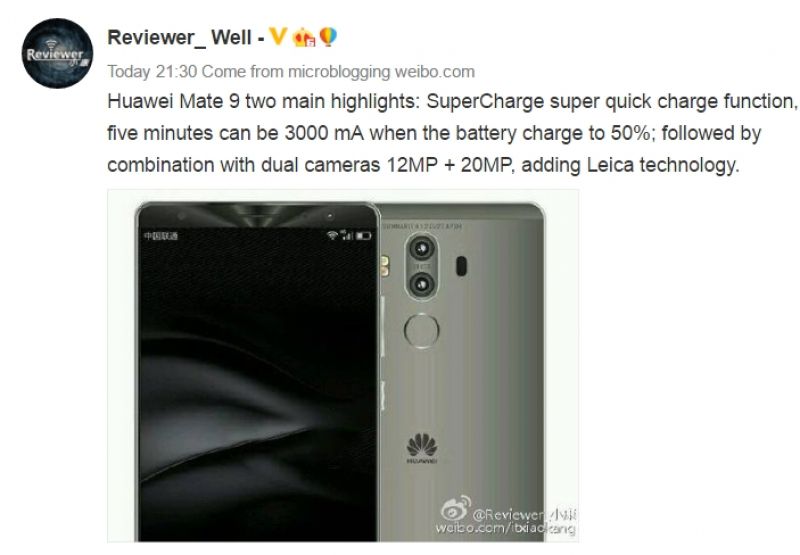 Earlier rumours suggest the smartphone will feature 5.9-inch display with 1080 x 1920 of resolution, powered by octa-core Kirin 960 processor. The Mate 9 will be available in three variants depending upon its RAM capacity— 4GB RAM+ 64GB of internal storage, 6GB RAM + 128GB of inbuilt storage, and 6GB RAM + 256GB of storage option. The smartphone may also feature an iris scanner next to an 8MP front camera.

However, the company has not yet confirmed any rumours. More information will be revealed closer to the launch date which is speculated to be November 9, 2016.