CAT S60 is dust-proof and drop-proof to military standards — from up to 1.8 metres — and can be used for underwater photography below 5 metres of water for one hour.

The phrase 'sixth sense' used to mean clairvoyance — you had a premonition or intuition which went beyond senses like sight, hearing, taste, smell and touch. Now, it is being used for something as sensory as heat or warmth.

The world's leading maker of thermal sensors, FLIR (full form: Forward Looking Infra Red), calls itself, the world's Sixth Sense. Its product list of night vision and infra red devices for military and civilian use, includes a $99 - $199 consumer range — attachments that convert a smart phone into a thermal sensor.

CAT — maker of rugged personal devices and part of the Caterpillar group better known for earth moving machines -- has brought a smart phone to India — the CAT S60, that is the world's first mobile handset with an integrated FLIR infra red camera. 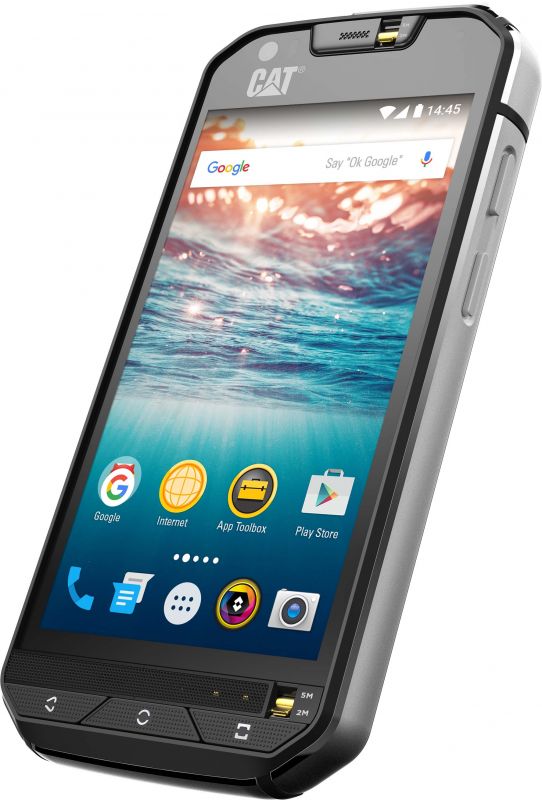 Remember VIBGYOR — the seven-coloured spectrum of visible light, from violet to red? Beyond red, lies Infra Red or IR. To 'look' at the IR part of the electromagnetic spectrum, one has to measure heat, not light. IR cameras are routinely used by field professionals: electricians to scan the wiring behind walls to detect leaks or breaks; health workers to scan a crowd of people to see who has fever (you may have unknowingly passed an IR scanner upon entering foreign airports where these days they are looking out for travellers with H1N1 or other infections); firefighter use them to see through the smoke. Wild life lovers use them to track wild animals without disturbing them. And law enforcement agencies use IR cameras to detect human activity in pitch darkness. At the end of the James Bond movie, 'The World is not Enough', 'M' and 'Q' turn on a heat-sensor to catch the missing 007/Pierce Brosnan and Bond Girl Christmas Jones/ Denise Richards in a romantic wrestle — so clearly the use cases of IR are limited only by exigency or imagination!

With outdoor use in mind, CAT S60 is dust-proof and drop-proof to military standards — from up to 1.8 metres — and can be used for underwater photography below 5 metres of water for one hour. Every opening in the camera has a covering, making it waterproof and it can be operated with wet fingers or with gloves on.

Phone-wise, it is 4G LTE-ready with 3GB of RAM and 64GB of storage expandable by another 128GB. The screen is 720p HD, 4.7-inch, with 5MP front camera and 13MP rear camera with flash and autofocus. The battery is 3800mAh — good for a full day. The additional rear fitting is the FLIR infrared camera. The control to operate it is right there among the apps in the opening menu. You can select still, movie, panorama or time lapse mode and there are options like shooting the same scene in Infra red and normal, then super imposing them. As you point the FLIR camera, it displays temperatures in different parts of the frame.

This is not a phone for the average customer, but for a wide spectrum of professionals hikers and outdoor users. The cost is Rs 64,999, which is about the same as a high-end standard smart phone — but for those who can creatively exploit IR, this is a hugely convenient tool. Now, in the phone arena, a 'garam hava' is blowin' in the wind!

Sensors on the phone:

A smart phone can assume multiple avatars these days depending on what sensors are embedded or attached. 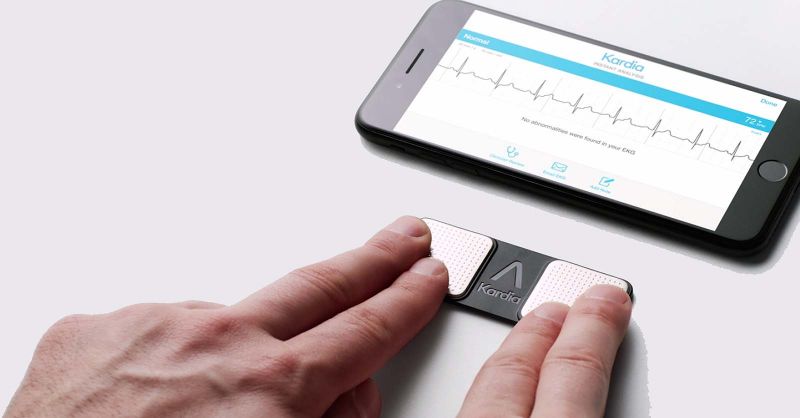 A gyroscope which senses which way you are holding the phone and adjusts the display; an accelerometer that lets you shake the phone to switch it on and off; a GPS chip that helps you navigate with a map app — all these are fairly common. Increasingly phones come with Near Field Communication ( NFC) which lets you "wave and pay" at checkout counters. A simple app can turn the microphone on the phone into a sound level meter. There are strong rumours that when the new iPhone 8 is launched, it will have a facial recognition sensor: Look at the phone and it will open — only for you.

But what about a phone as an ECG recorder? From Alivecor.com comes the Kardia Mobile, a small pad on which you place your fingers. It captures a medical-grade ECG in 30 seconds and delivers the trace to your smartphone. You can check anytime, if your heart rhythm is normal, or if atrial fibrillation is detected. And cardiac patients can self- monitor their heart at home and mail the trace to their doctor for an expert opinion. It costs around Rs 15,000 at Amazon.