The gestures for navigation on MIUI 9 are pretty similar to the ones found on iPhone X.

It’s a known fact that Xiaomi takes a copious amount of inspiration from the Apple for most of its products. Whether it be their high-selling budget smartphones or their proprietary MIUI OS, it’s easy to find a trace of Apple every now and then. However, if you thought that the recently launched Redmi Note 5 Pro’s rear camera design was the most they could rip off from the Cupertino giant’s parts bin, then you’re wrong. Their MIUI 9 OS is getting gesture-based navigation, like the iPhone X.

Earlier in the year, we got to know that Xiaomi was testing the gesture-based navigation controls on an early beta build of MIUI. Xiaomi has now released the feature onto its Global Beta ROM, making it available for the test to more users. Devices running the MIUI China Developer/ Global Beta ROM (8.3.1) or MIUI 9.5 and above, will get to experience the new features. The gesture-based navigation is presently supported on Mi MIX, Mi MIX 2, Redmi 5, Redmi Note 5 (Redmi 5 Plus in China) and Redmi Note 5 Pro. Gesture navigation will also be available on future Xiaomi devices with a full-screen display. 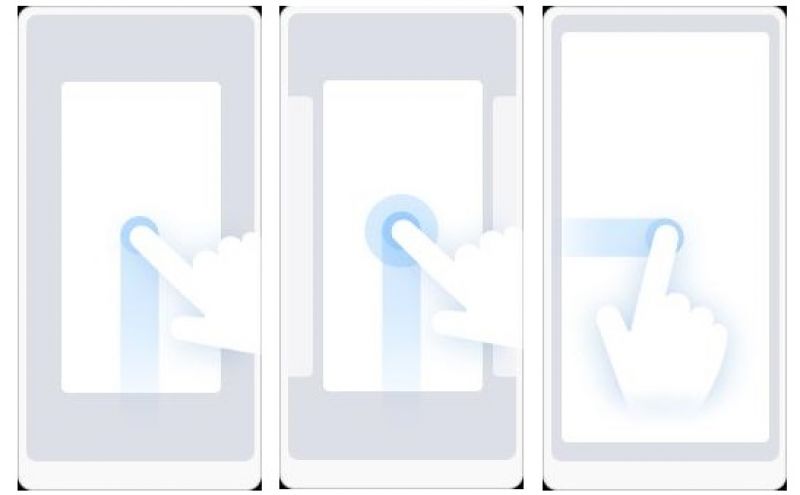 The gestures for navigation on MIUI 9 are pretty similar to the ones found on iPhone X:

As with MIUI, users can choose to ignore the new navigation system and rely on the old button-based system. The gesture navigation will liberate more usable space on the display for devices with 18:9 aspect ratio. The feature is expected to roll out to the stable build once the beta community gives it a green signal.

Apart from Xiaomi, OnePlus is also testing the gesture-based navigation for their Oxygen OS custom ROM.