Samsung files a new patent for a foldable phone

There has been a lot of buzz surrounding Samsung’s foldable smartphone, allegedly dubbed as the Galaxy X. There were reports that the device will launched in 2018. Now the company has filed a new patent with the World Intellectual Property Organization (WIPO).

The new patent reveals that the device will sport two large displays with a metal strip between them. When the device is not in use, the screens will fold together to protect the display. It will have three antennas, ensuring the design of the phone doesn’t interfere with the phone’s signal. 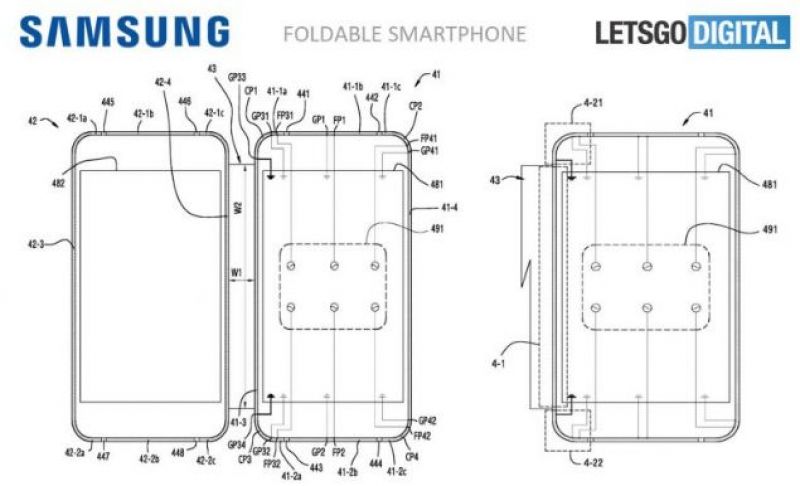 Once the device is open, both screens can be used simultaneously. Bending one screen in back of the other will allow users to view on display at a time.

The smartphone is tipped to be a limited edition with only 100,000 units expected to be produced. There’s possibility that Samsung will showcase the device at CES in Las Vegas. The odds have improved since the company recently confirmed it is ‘unlikely’ that no one (partners) outside the Samsung’s labs will get a sneak peek of the Galaxy S9 until the time is right. This also indicates that the company might not showcase the device at CES 2018.