Apple launched its latest iPhone 7 and 7 Plus at a special event on Wednesday. (Photo: AP)

After a prolonged period of speculation and leaks about Apple’s 2016 iPhones, the company finally unveiled the iPhone 7 and 7 Plus, which seems to have outclassed all previous flagship variants.

Both the smartphones sport similar specifications but the Plus variant has a bigger screen and a dual rear camera setup. The new iPhone models, as predicted earlier, feature numerous upgrades on both the design-front and in terms of performance. The devices will run on iOS 10, which officially releases on September 13.

Users in India also have something to cheer about as the Cupertino-based company plans to ship the new models in India by October 7 and the base model of the iPhone 7 will be priced at Rs 60,000 ($650). However, there has been no word about the price of other variants in India.

In terms of design, the cutting-edge iPhones come with few design changes, with no antenna lines at the back and the inclusion of two new colours – Matte black and Jet Black. The existing colours including gold, silver, and rose gold will remain unaltered.

Apart from the new colours, the home button has been remodelled and is now force-sensitive along with a new-generation taptic engine. Also, there are new feedback options for notifications, messages, ringtones, etc. The home button is now haptic and not a mechanical press button.

In terms of performance, both the beefy devices come along with an advanced A10 Fusion quad-core 64-bit chip, allowing console-level gaming – a massive feat for a smartphone to achieve. The company also claimed that the new chipset will offer enhanced battery life, and lower overall power consumption. It is touted to be 50 per cent faster than the A9 chip used in earlier iPhone flagships. The devices also ustilise an all new M10 motion compressor.

Though the exact details about the battery were not disclosed, the company said battery life would last two hours more than the iPhone 6s, capable of running close to 15 hours on Wi-FI. 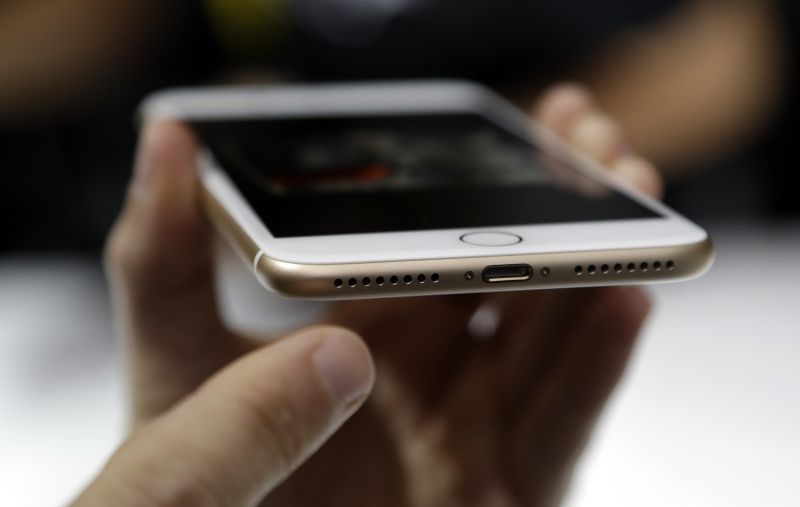 On the camera software-front, the new iPhones also come along with a new image processing engine, delivering much faster picture-clicking rate. Apple has designed its own image-signal processor for the camera, which enables the sensor to be 30 per cent more efficient and 60 per cent faster in comparison to previous devices.

The iPhone 7 Plus, on the other hand, sports the much-hyped dual rear camera setup, one of which is a 56mm telephoto lens; the other is a wide-angle lens. The 5.5-inch device is also capable of 2X optical zoom, with a total zoom up to 10X. The iPhone 7 Plus uses machine learning to keep foreground subjects sharper in focus and create that depth-of-field. 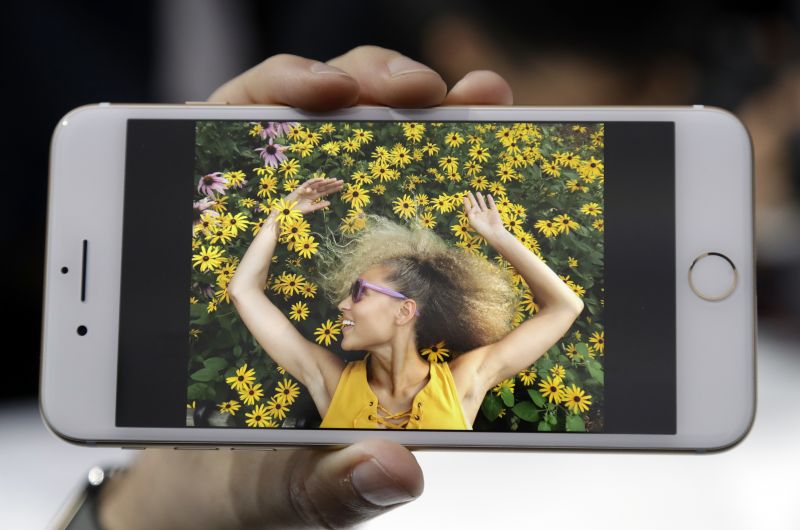 Moreover, low-light photography has also been improved on the new devices. The new sensor lets 50 per cent more light enter the aperture.

For the first time, there will be stereo speakers on the new iPhones -- one at the bottom and one at the top -- making it two times louder than the older models.

The ear-pods will now be connected over lightning ports. However, a lightning to 3.5mm connector will be included with the earpods to connect with other headphones.

Apple has also revealed Wireless AirPods. The AirPods have a W1 Apple-designed chip, and there are no cables to connect them. These AirPods will be available at a price of $169. These pods only play when you want to listen and users can double-tap the AirPods to activate Siri. The battery life is around 5 hours on a single charge.

With a slew of new features, better battery, display and performance, the new iPhone 7 and 7 Plus versions are definitely capable of dominating the market.

As for the iPhone 7 Plus, the 32GB variant will be priced at $769. The price of the other two variants -- same as the iPhone 7 -- have not been announced. Pre-orders start this month and shipping starts September 16.