The Xiaomi A2 stands out to defeat the competition with the least stress possible.
Rating:

The 2018 budget smartphone segment has been one strong battleground. Among other things, for a budget smartphone to be impressive, it needs to cater to a larger audience. A large 18:9 display with least bezels, a powerful chipset, a larger battery, good cameras, and probably Artificial Intelligence/Machine Learning baked in is what the buyer wants today. And that's what Xiaomi offers with it smartphones — best specs at a very affordable price.

Xiaomi, a name synonymous with most Indians, has managed to grab a majority of the market share in just four years, and the Redmi series is the one that captures most eyes. Without much of trade-off on aesthetics and specifications, the Redmi is slowly winning the hearts of the budget seeker. Last year, the company stepped into a domain which Android users are desperately hunting for — stock Android handsets. And with the Mi A1, an Android One smartphone running Google’s stock Android OS, Xiaomi had just the right formula for the Indian smartphone user.

The Mi A1 sold like hotcakes and was Xiaomi’s first attempt at showcasing a pure Android phone apart from its proprietary MIUI. This year, the Chinese company has launched not one, but two sequels to the Android One handset — the Mi A2, and that two in two variants, a Lite one too. They are coupled with stock-Android 8.1 Oreo and with the promise of regular and frequent updates —  courtesy of the Android One program, for at least a year ahead. The smartphone embraces a larger display, a more powerful chipset this time, a better camera setup focused on low-light shooting and faster charging. The Mi A2 Lite, on the other hand, features a similar display, but with a notch, clubbed with a lower-end chipset and RAM combination, but with a larger battery than the Mi A2, which is the main USP. However, the A2 Lite will not see the Indian continent and Xiaomi will be focusing purely on the A2 for us. We had the Mi A2 for a while and check out how promising the sequel is this time.

The Mi A2 heavily carries its reminiscent design language and a strong family resemblance to all the smartphones unveiled lately. However, the device definitely has an aesthetic appeal and feels like an elegantly crafted upgrade. It is essentially an overseas variant of the Mi 6X that was launched earlier in their hometown China. The handset has a sleek profile and is pretty slim at around 7.3mm. The all-metal unibody with a brushed aluminium surface definitely looks great but is a bit slippery. However, the form factor helps it procure a comfortable grip.

Xiaomi has kept the Mi A2 design similar to the Mi A1; however, the camera looks different though — instead of the previous horizontal alignment, it now features a vertically stacked camera setup with dual LED flash similar to the iPhone X. Sadly, the camera bump here is a bit huge and juts out more than usual. This makes the phone wobble when kept on a flat surface, which is not favoured. Thankfully, Xiaomi has provided a soft silicon case along with the phone which helps keep the overall form factor more uniform on the rear, apart from protecting it from scratches and bumps. The rear-mounted fingerprint sensor is well-placed, is pretty accurate, but a tad sluggish. Lastly, as usual, the famous Infrared emitter is present on this one too.

However, the missing feature here is the absence of storage expansion. The smartphone offers dual-SIM functionality but won’t let you expand your storage, which is a bit disappointing this time as the Mi A1 offered it. Another missing feature here is the 3.5mm headphone jack. Yes! You read it right — Xiaomi seems to have gone mainstream too by ditching the reliable headphone jack. Thanks to the slim profile, the A2 seems that the jack could have been a hindrance. Additionally, the company does not provide a headphone with the handset too, but only threw in a Type-C to 3.5mm dongle, which helped cut down costs too. It’s still quite an inconvenience for users as there is every possibility of users losing the dongle. The onboard speaker is also claimed to deliver an impressive audio output and we must say that the speaker does produce some loud and good audio.

Moving ahead, the radical improvement is up front — it is now protected by a piece of Gorilla Glass 5 and features a 2.5D curved glass, which makes the phone feel premium. The curved rounded corners also add to its premium aesthetics, while the lack of a notch, though appreciated, now feels a tad outdated. The smartphone flaunts a 5.99-inch IPS LCD 18:9 display with a resolution of 1080x2160 pixels translating to a pixel density of 403ppi. The Mi A2's display is pretty bright and has a good view under direct sunlight. Viewing angles are above average and the colours are very vivid with deep contrasts. Overall, it’s a great display for a budget smartphone.

Under the hood, as expected, the Mi A2 is powered by an octa-core Snapdragon chipset, accompanied by 4GB of RAM and 64GB of internal storage as standard. The SD660 SoC is Qualcomm's most powerful offering in the mid-range segment. Having said that, the Nokia 7 Plus and the Vivo X21 bear the same chipset but demand a very high price in comparison. And Xiaomi is offering this baby under 20,000 price bracket — very impressive!

Furthermore, the Snapdragon 660 is a tried-and-tested chipset and has been around for a while. The Mi A2 is capable of handling the daily grind and delivers a smooth, lag-free user experience — we did not witness any stutter during our usage as it manages to multitask well. The smartphone is also able to handle graphic-intensive games such as Asphalt 9, PUBG and a few others.

Moving ahead, the smartphone runs on stock Android 8.1.0 out-of-the-box and is slated to receive Android P as and when it will officially roll out. Xiaomi hasn’t modified the stock Android experience much but added in a few crucial apps such as File Manager, Mi Drop and a dedicated feedback app. The A2 features a custom camera app and is not the stock app from the Android One ROM.  Apart from these, the phone runs entirely on stock UI, giving users a bloatware-free UI and the highest speed possible.

While Xiaomi left the OS in Google's hand to look after the daily duties, it seems to have focused more on the camera department. There’s a major improvement in the camera over the other siblings — and hence the A2's USP is pronounced. The camera features AI integration for an improved photography. The Mi A2 features an AI-based dual rear camera system, consisting of a 12MP Sony IMX486 primary sensor and a 20MP Sony IMX376 sensor, with both offering an aperture of f/1.75.

The secondary sensor comes with the ability to switch to 4-in-1 Super Pixel size to improve the amount of light obtained. There is also a Pro mode option, where one can choose to take photos in regular mode or low-light mode to optimise the brightness and overall quality when in poor light conditions. The rear camera setup is also accompanied by phase-detection autofocus (PDAF) and dual-tone LED flash. Apart from that, the camera has a dedicated portrait mode as well as HDR. Upfront, there is an AI-based selfie camera, comprises of a 20MP Sony IMX376 sensor with a f/1.75 aperture along with a soft-LED front flash.

On both the rear and front, there is AI Scene Recognition, AI Portrait Mode, AI Background Bokeh as well as AI Smart Beauty 4.0.

Coming to the image quality, photos captured in daylight are really impressive. The colours, in particular, look great and true-to-life. Additionally, the photos show good contrast, crisp sharpness and very accurate white balance in most images. The Mi A2 managed to capture details fairly well. The phone is very quick to focus, which is helpful when snapping macros and does a really good job of separating the subject from the background in macro shots. Check out the photos shown here and you would be able to guess it for yourself on how well the cameras perform. 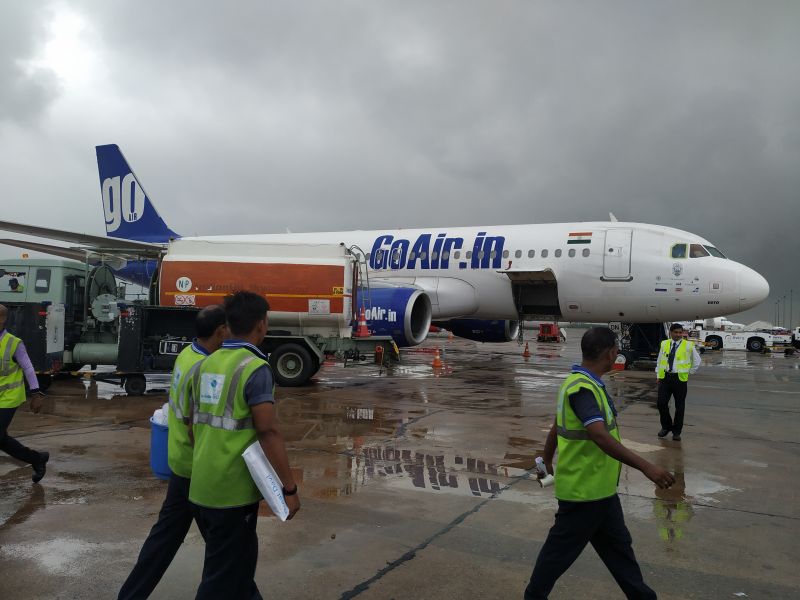 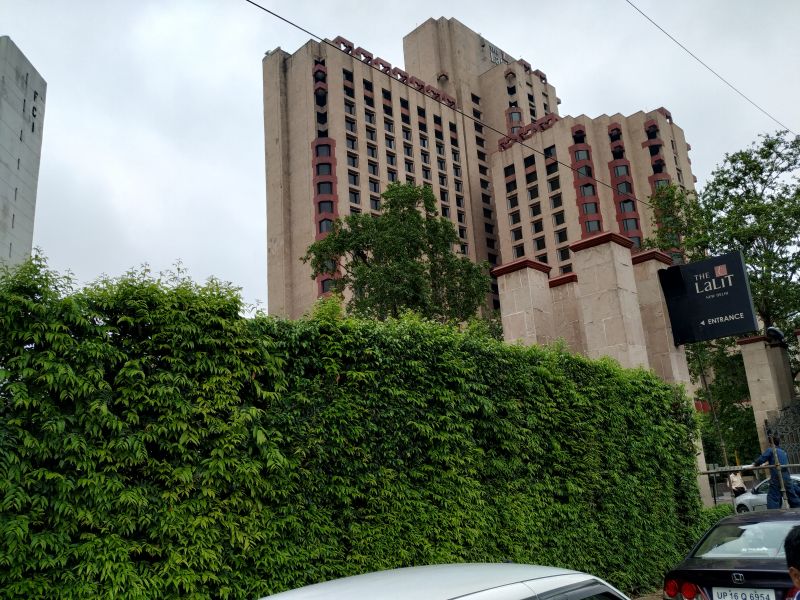 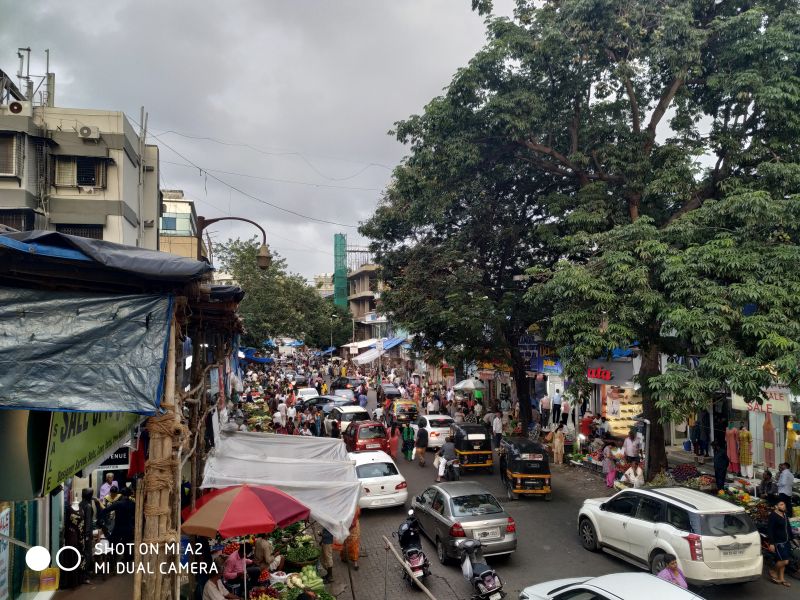 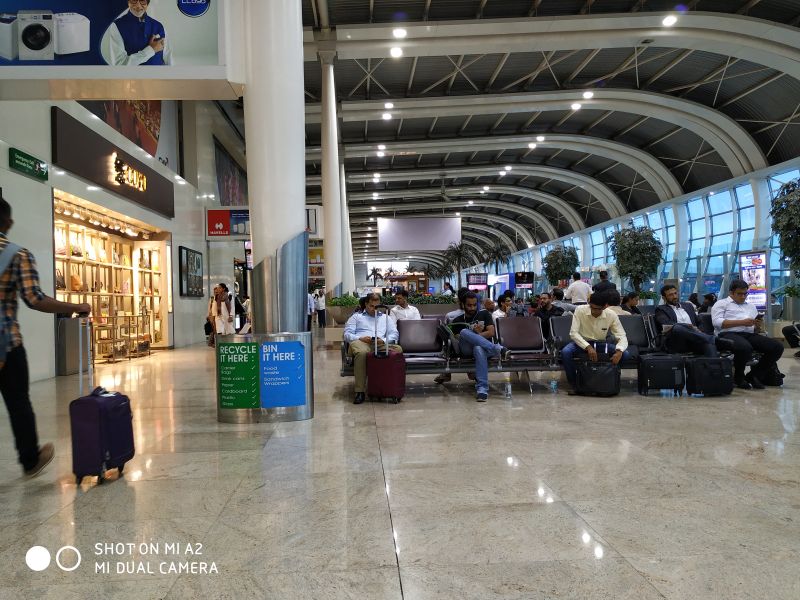 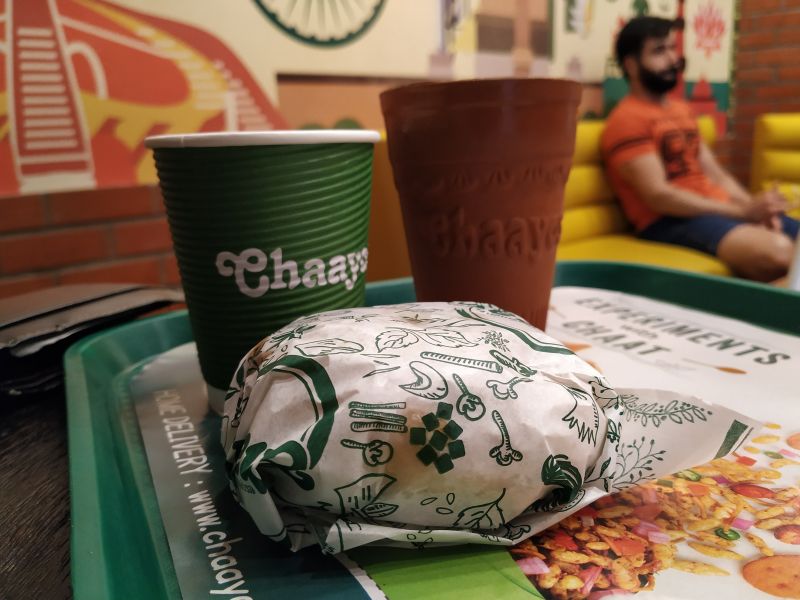 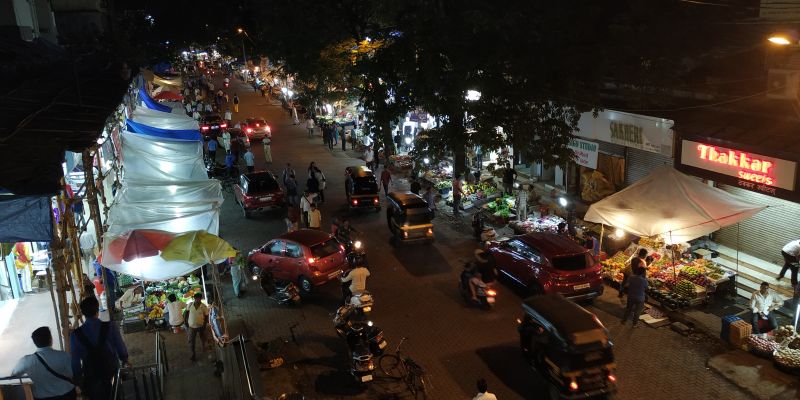 As for the low light photography, the phone managed to get the exposure right most of the time and shots turned out to be great. However, due to the lack of optical stabilisation (OIS), one would need a steady hand to avoid blurry images. At night, it takes a bit longer to lock in the focus and some amount of noise is present too. However, the final output of the photos are remarkable. For a phone priced at this value, we would definitely recommend the A2 for those seeking a good camera-heavy smartphone for a budget price. 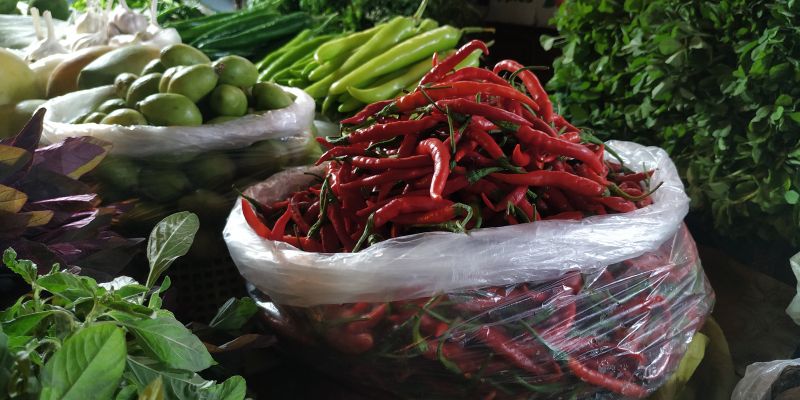 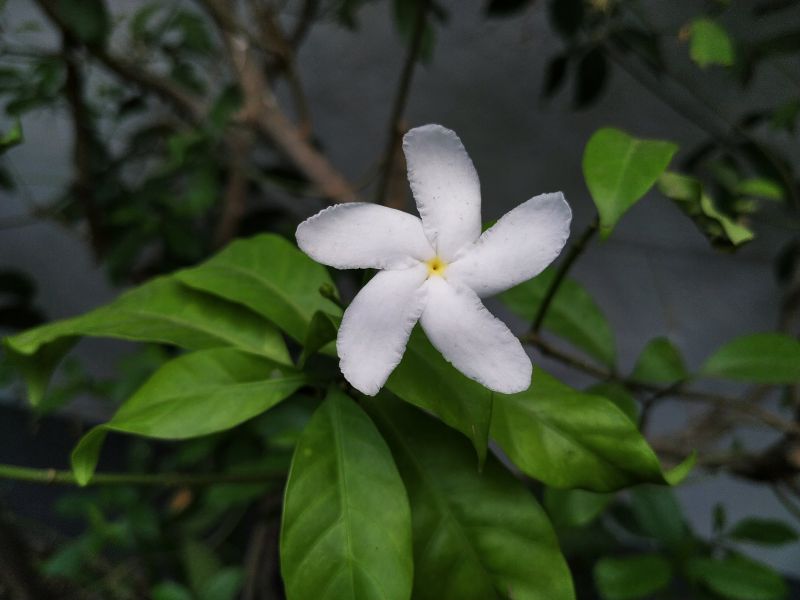 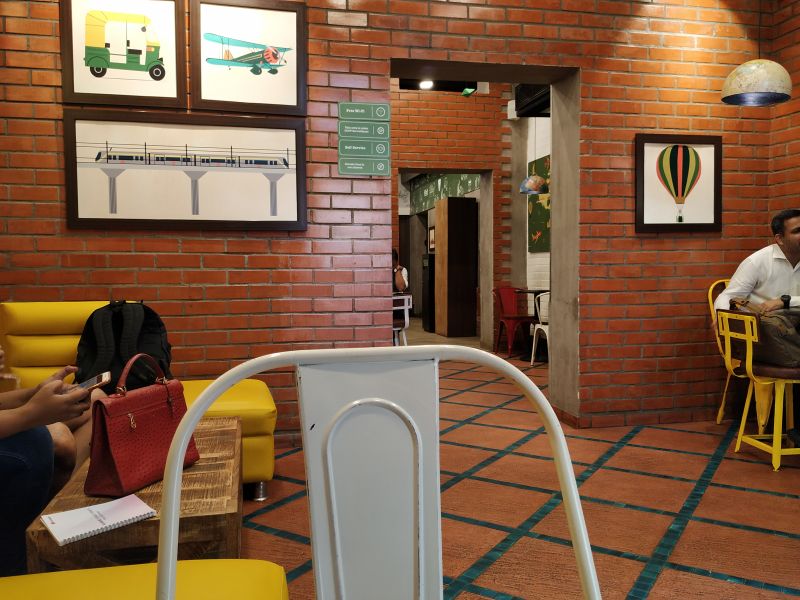 Heading to portrait mode, the bokeh mode is also very impressive. On both front and rear cameras, the artificial blur works well and the edge detection is great. The stock Android and camera tricks do help this smartphone to perform with stellar photography in a mainstream price segment.

For selfies, the phone does enhance photographs by default because the AI and beautification mode kicks in. The beautification mode is defaulted at number 5, but you can set the level to zero if you don't like the artificial modification of your selfies. However, the AI seems to have done a good work in the background — selfies snapped are a bit soft, but looks great. The lack of detail is slightly visible since the beautification tends to flatten the sharpness in order to remove blemishes and alike.

Xiaomi has stuffed in a smaller 3010mAh battery compared to Mi A2 Lite, but the slim design would have to take the hit. Support for QuickCharge 3.0 with a regular 10W charger is an added bonus here and helps forget the smaller battery rating as it can charge the device completely in under two hours. The smartphone manages to deliver a day's runtime with average usage.

The Xiaomi Mi A2 is definitely one of the best smartphones in the mid-range segment we have seen till date. The smartphone comes with a price tag of Rs 16,999. Considering the specs Xiaomi offers at a relatively low price, the A2 seems to head out to beat others in the segment. The Snapdragon 660 SoC offers a good balance of efficiency and performance, the cameras have a comparatively stellar performance, and at such an affordable price, the Xiaomi A2 stands out to defeat the competition with the least stress possible. However, the absence of a headphone jack and limited storage option could be a serious issue for some, but Xiaomi also has a 6GB/128GB variant for those who want more. And the biggest advantage is the Stock Android UI, which will be favoured by all those who want a no-gimmick operating system and a fluid daily usage. The Xiaomi A2 gets a big thumbs up from our end for the performance to price ratio and is a great value for money.