While these Pixel 3 pictures seem believable, we advise you to take these with a grain of salt.

It would be a while before the market will heat up to the Google Pixel 3. Why? Because Google usually announces a new Pixel device in October every year. However, in a surprising turn of events, someone on Twitter has gone ahead with an unboxing video of a device that seems like a Google Pixel 3, complete with the retail unit.

Twitter user @Luchkov has uploaded an unboxing video of the Google Pixel 3 XL. The video, lasting a 1 minute and 34 seconds, shows a white Pixel 3 XL, with a fingerprint sensor sitting in the middle and a single rear camera setup. Following the phone, the person goes on to remove the all the documents, including the welcome card from #TeamPixel. The box reveals a USB-C wired earphone that resembles that Pixel Buds from last year. Additionally, there’s a 3.5mm to USB-C dongle, a USB-C charging/data transfer cable and an adapter.

As if this wasn’t enough, the person shared some photos showing off the Pixel 3 XL from several angles. The rear panel design falls in line with what the rumours had predicted earlier in the year. The front features a modern notched-display’ design like every other premium smartphone these days. However, the notch is huge — bigger than the iPhone X. And why not — it features a dual camera setup and an earpiece that also acts as the second speaker for the stereo setup. The chin is pretty thick too, with the loudspeaker. 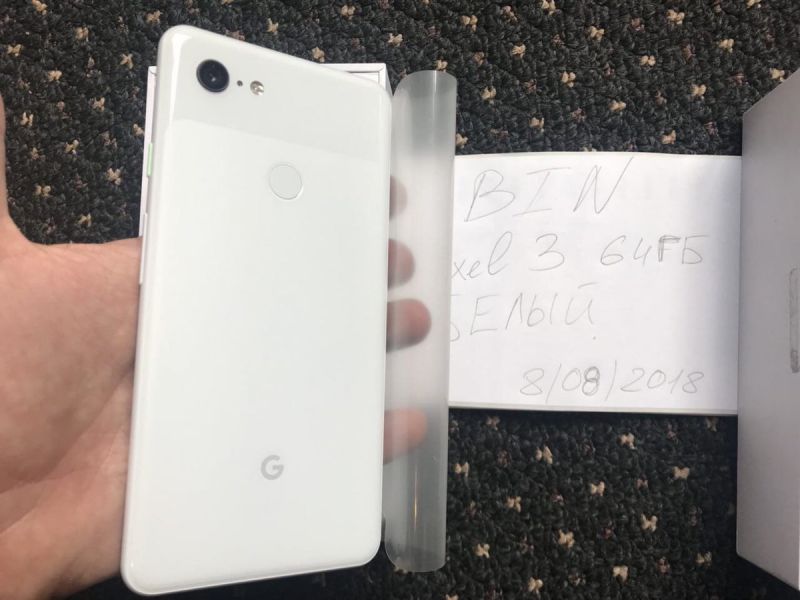 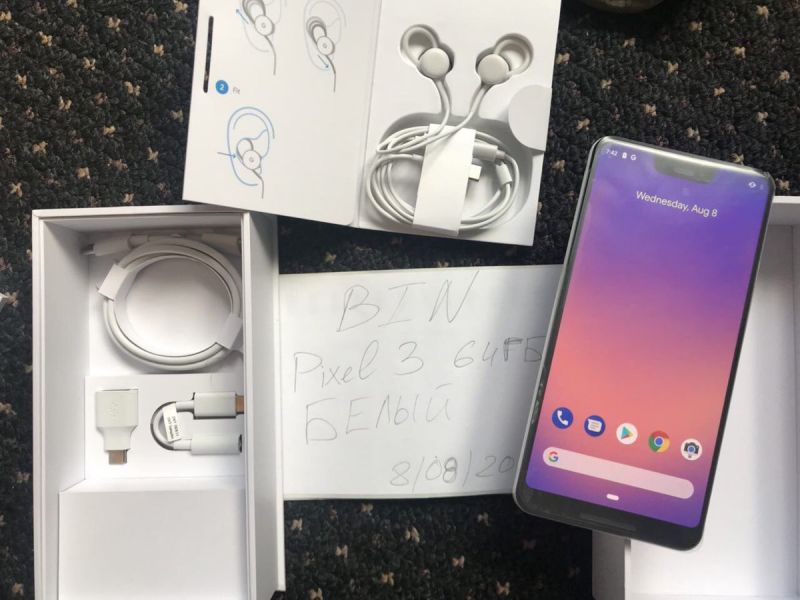 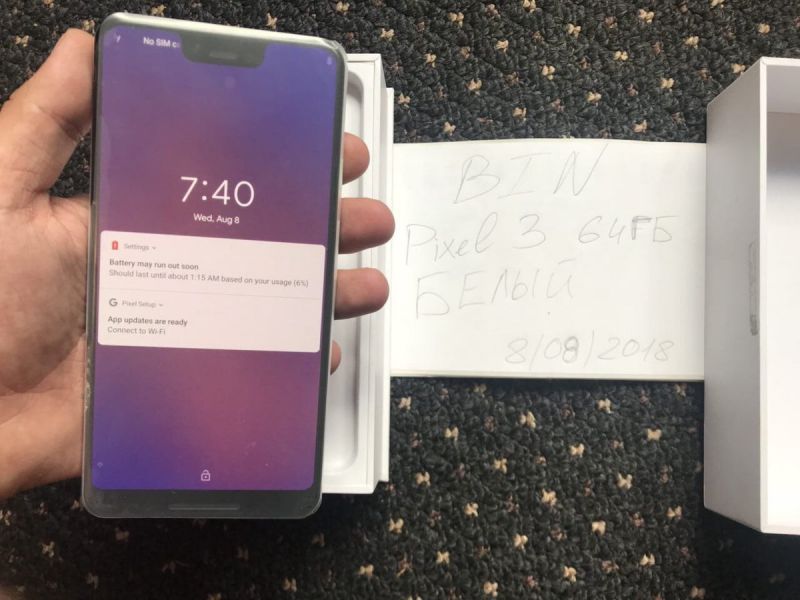 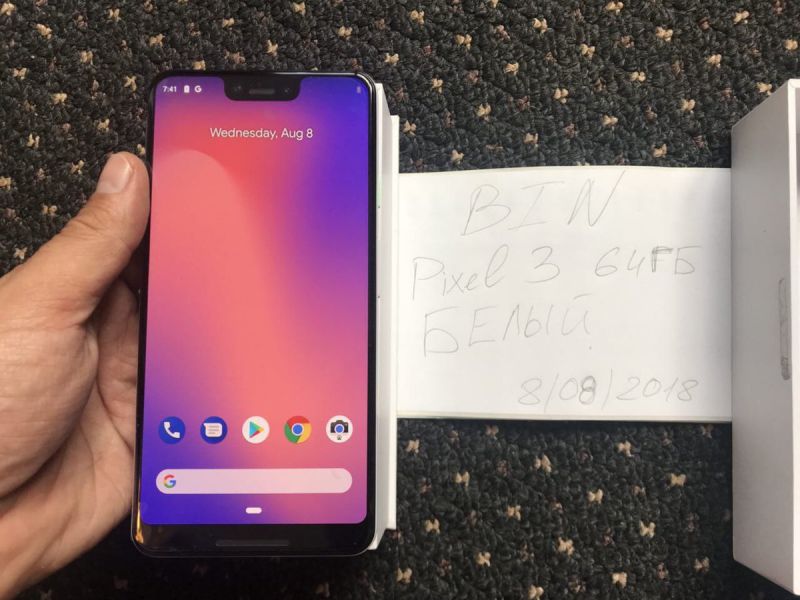 One of the photos also shows the specifications — a Snapdragon 845 chipset running on Android 9.0 Pie. The device showed here sports only 4GB of RAM, although we expect up to 6GB of RAM for the high-end variants. 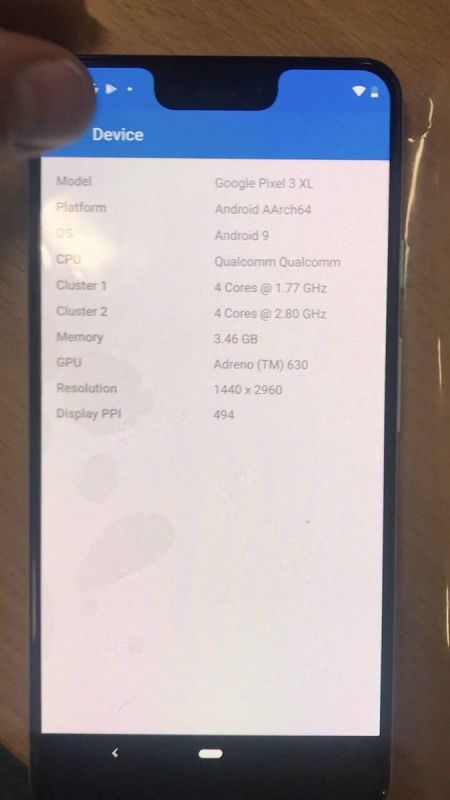 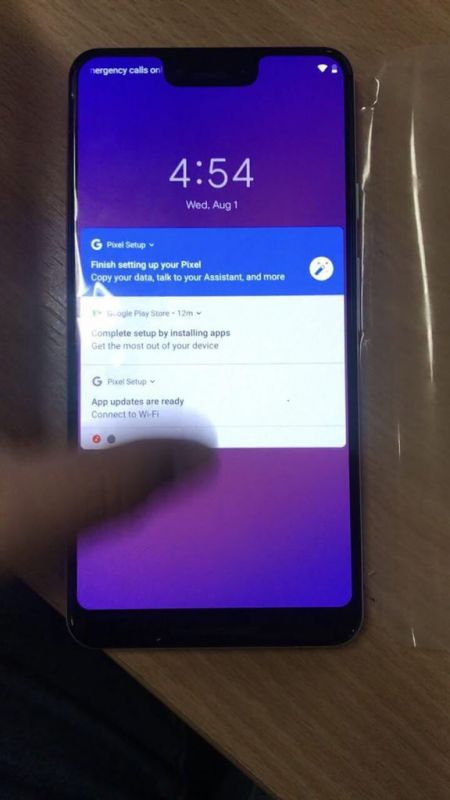 While the pictures seem believable, we advise you to take these with a grain of salt. Google hasn’t announced anything regarding a new Pixel device until now. Therefore, this could be one of the early prototype units. OR, maybe Google will be launching the Pixel 3 close to the launch dates of the new iPhones. We will have to wait and see to confirm.