The iPhone X 2018 Plus edition will sport a huge 6.5-inch display tucked in a form factor pretty similar to that of the present-day iPhone 8 Plus.

Rumours around three new iPhone models for 2018 donning iPhone X-inspired aesthetics have been doing the rounds of the Internet for a while. It’s expected that Apple will roll out the successor to the iPhone X in two different sizes and an affordable 6.1-inch LCD iPhone. While the latter has been hogging attention of several analysts, the rumoured flagship Apple phablet has made its presence in the world of rumours and leaks, providing a reference to its size.

Japanese blog Mac Otakara has extracted some information from a group of suppliers regarding the size of the bigger iPhone X successor. According to them, the iPhone X 2018 Plus edition will sport a huge 6.5-inch display tucked in a form factor pretty similar to that of the present-day iPhone 8 Plus. It will retain the iPhone X’s FaceID as well as narrow-bezel OLED display. However, apart from the overall dimensions, the new model will be slightly thicker and taller than the iPhone 8 Plus. 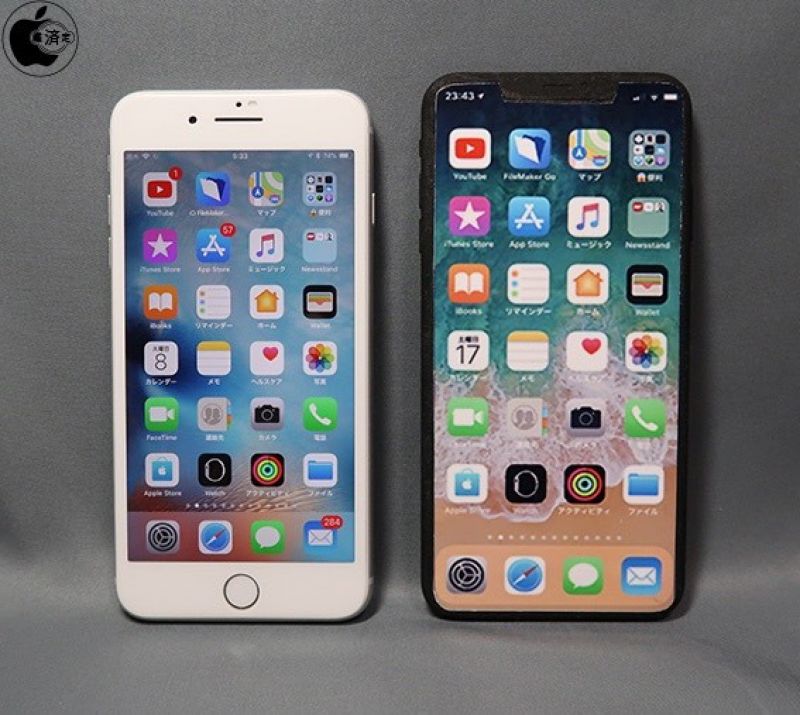 The report also states that the ‘standard’ iPhone X 2018 will retain the familiar form factor of the present model, but will feature slightly bigger lenses for the rear camera. Additionally, the rumoured 6.1-inch LCD iPhone could end sporting a 6.0-inch display only.

Apart from the handsets, Mac Otakara also states that iOS 12 will help FaceID sensors to verify a face when kept horizontally. This could be due to the fact that Apple might be considering the FaceID for the rumoured iPad Pro models slated to be revealed soon.

Do note that these are still rumours, which is why you shouldn’t buy into them blind-folded. There’s still a considerable amount of time left before Apple takes it to stage to unveil the new iPhones for 2018 and therefore, could end up altering the models further.