HP unveiled a range of new devices, displays and accessories designed for the modern workforce in India, including the rollout of HP EliteBook 800 series and HP ZBook 14U/15U mobile workstations.

A feature for users who work in multiple, diverse locations, the company claims that EliteBook 800 series is the world's first business notebook with an ultra-bright display that automatically adapts to changing light conditions, a feature also available on the ZBook 14U/15U.

HP says that the EliteBook 800 series and the ZBook 14U/15U passed MIL-STD-810G testing. The ZBook 14U/15U comes in a thin and light 14 and 15-inch form factor, as they passed two additional MIL-STD tests for bench handling and crash hazard shock for unpredictable conditions in technical environments. The devices in this line-up are ENERGY STAR certified and EPEAT Gold registered.

The EliteBook 800 series features notebooks with a noise-cancelling microphone which is supported to enhance 360-degree voice pick-up when in conference mode. The ZBook 14U/15U also carries this feature for collaboration. All these devices come with the HP Premium Collaboration Keyboard, which features built-in keys to manage calls, and include HP PhoneWise – Windows solution to text and call from the PC across iOS and Android devices. 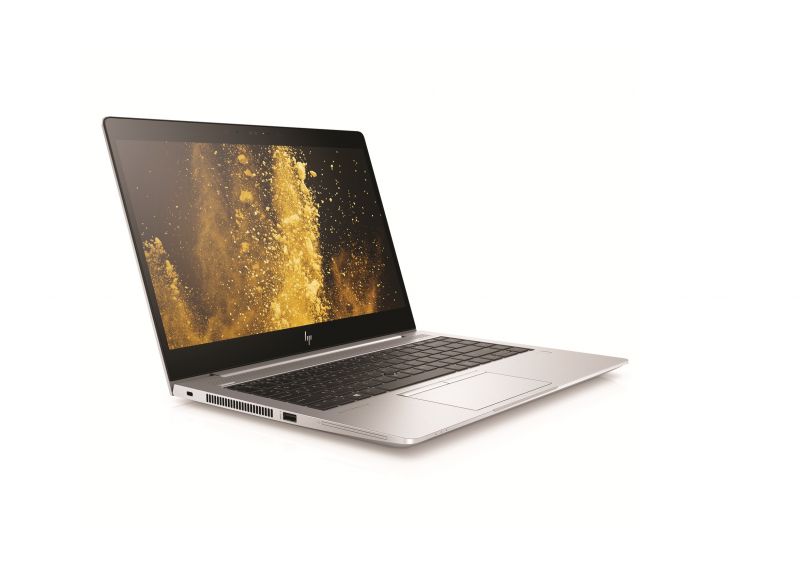 The HP EliteBook 800 series is the first of several HP business notebooks to feature 8th generation Intel Core vPro processors, with up to 15 hours of battery life and has HP Fast Charge to charge 50 per cent of the battery, with a charging time of 30 minutes.

Both the EliteBook 840 and the HP EliteBook 850 G5 include AMD RX540 discrete graphics for users who need greater performance for graphics-intensive workloads and collaboration applications.

The HP ZBook 14U G5 is the thinnest workstation at just 17.9mm and weighing 3.27 lbs. The design of the ZBook 14U is 28 per cent thinner than the previous generation and includes an optional 4K touch display with anti-glare technology. The newly refreshed HP ZBook 15U G5 also features Intel Core i5 and i7 quad core processors with vPro technology, AMD Radeon Pro 3D Graphics and up to 2TB with the HP Z Turbo Drive high-speed storage.

The company mentions about security concerns and says that HP designed its EliteBooks and ZBooks to be the most secure and manageable PCs and workstations.

Along with HP Sure View, HP Sure Click, Windows Hello, optional privacy camera, and HP Multi-Factor authentication the EliteBook 800 series and ZBook 14U/15U also includes HP’s Endpoint Security Controller. This embedded hardware controller is part of HP’s built-in, not bolted-on, a security solution that monitors, protects and recovers the BIOS, the operating system, and critical applications in the event of an attack.

HP Sure Start Gen 4: In the previous generation, HP Sure Start protected both the BIOS and the copy of the BIOS running in the system memory; Sure Start now offers encryption for better protection of the device and resilience and event logging for third-party firmware.

HP Sure Run: Leveraging the Endpoint Security Controller, this feature extends hardware-enforced protection into the OS by monitoring key processes and applications, such as antivirus, alerting both the user and IT if there are any changes, and restarting those processes automatically if stopped.

HP Sure Recover: This capability offers automated, network-based software image recovery with only an internet connection.  Without the help of IT, employees will be able to reimage a PC with HP’s or a company’s own software image even if the entire hard drive is wiped.