Over the past few days, the rumour mill regarding the Samsung Galaxy S10 has gained quite a lot of steam. First, CAD renders of the device popped up showing the handset with a horizontal pill-shaped cut-out for the dual selfie cameras. Later, screen protectors for the device had made an appearance and in the process confirming the front-facing camera cut-out. Now, an image has appeared what is supposedly the first live image of the Samsung Galaxy S10. 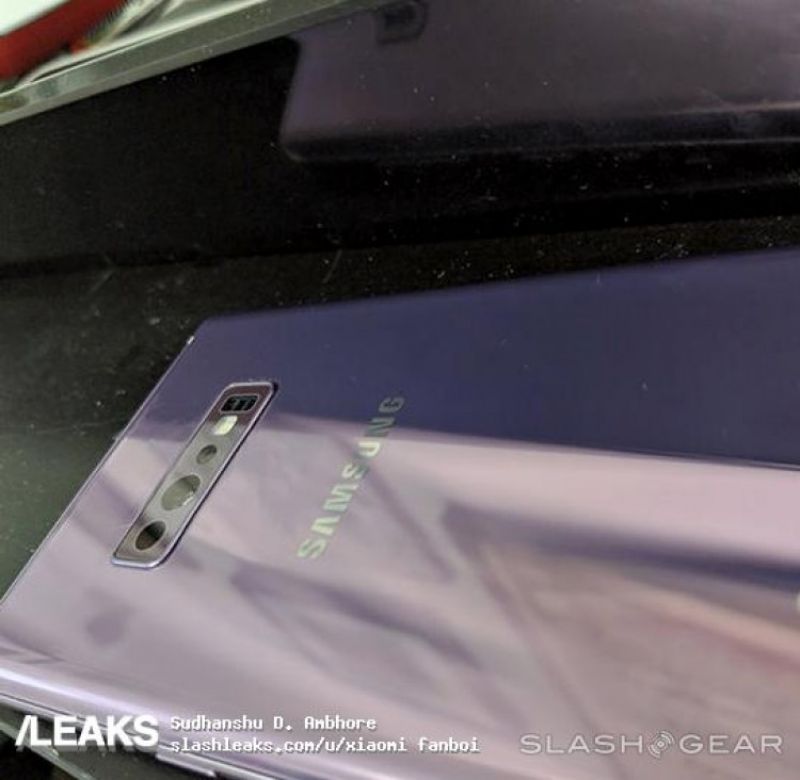 From the image obtained by SlashLeaks, we see the triple rear camera setup on a silver Samsung handset. This falls in line with previous rumours suggesting that the next flagship will feature three rear shooters as opposed to two that were found on Samsung’s current flagship, the Galaxy S9. Also, a noteworthy point is that the cameras have been stacked horizontally which is believed to be the design scheme of the upcoming Galaxy S10.

Previously, from the CAD-based renders of the Samsung Galaxy S10+ acquired by 91Mobiles and @OnLeaks; we can see a dual-selfie camera module in the top right of the display. This falls in line with the previous rumours that suggested that Samsung would have a camera cut-out in the display as opposed to a top bezel that’s present on the Galaxy S9. Another interesting feature we can see is the triple-camera setup on the rear that is aligned horizontally. This corroborates with the tons of leaks and rumours that have suggested that the flagship S10+ will sport three rear shooters.

The display size of the Galaxy S10+ is said to be 6.4-inches and it should feature an ultrasonic in-display fingerprint sensor. The handset is said to measure 157.5 x 75.0 x 7.8mm and will it will not forego the 3.5mm audio jack.

As of now, these images should be taken with a pinch of salt and as the launch date looms closer, we should know much more.