DECCAN CHRONICLE. | AMRITANSHU MUKHERJEE
Published Oct 9, 2017, 7:56 am IST
Updated Oct 9, 2017, 11:56 am IST
The K8 Plus tries to redefine the budget smartphone segment by offering a premium build and dual cameras.

If you are looking for a good mid-range smartphone but don’t fancy a massive 5.5-inch form factor, the K8 Plus is a good smartphone to choose as a daily driver.
Rating:

The budget smartphone category is the hottest segment in the Indian smartphone market. Every manufacturer is trying to go that extra mile by providing tempting features with a hard-to-resist price tag. Lenovo feels the same too, which is why they have come up with multiple new models in this segment and the K8 Plus is aimed to disrupt the same. 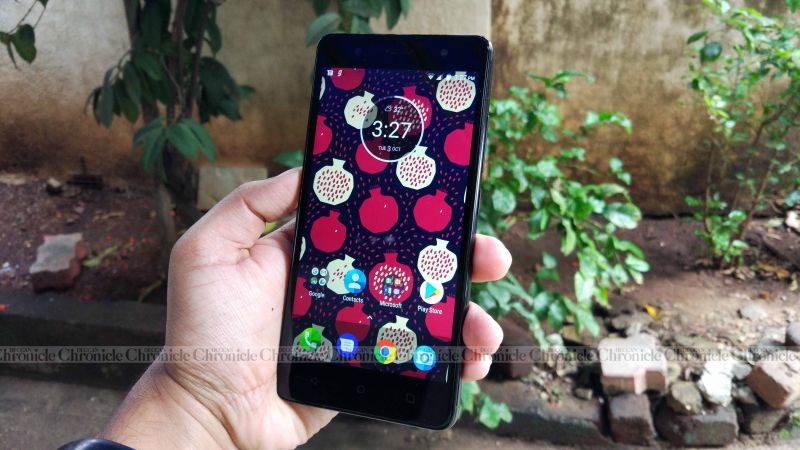 On paper, the Lenovo K8 Plus seems like a great deal for a small price — a MediaTek Helio P25 SoC, 4GB of RAM, 32GB of onboard room and a dual camera setup, below a 5.2-inch full HD LCD display. With a price tag of Rs 11,999, it offers a dual rear camera setup, a USP over what the competitors offer in this price bracket. So does the K8 Plus justify its price tag? Let's find out. 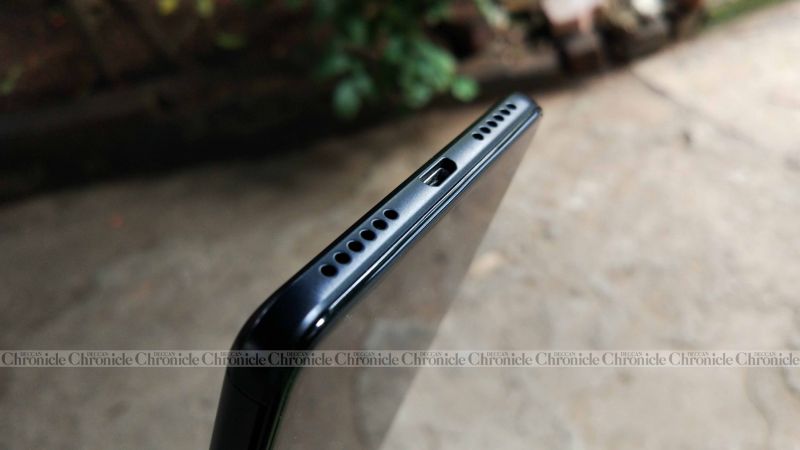 As we have seen in the past few months, a budget smartphone in 2017 is no more bulky with shabby builds and smaller displays. Lenovo’s K8 Plus reiterates that fact with an impressive build in a rather conventional design. In fact, you could mistake the K8 Plus for the K6 Power, save for the bottom speaker grille and the rear dual camera. 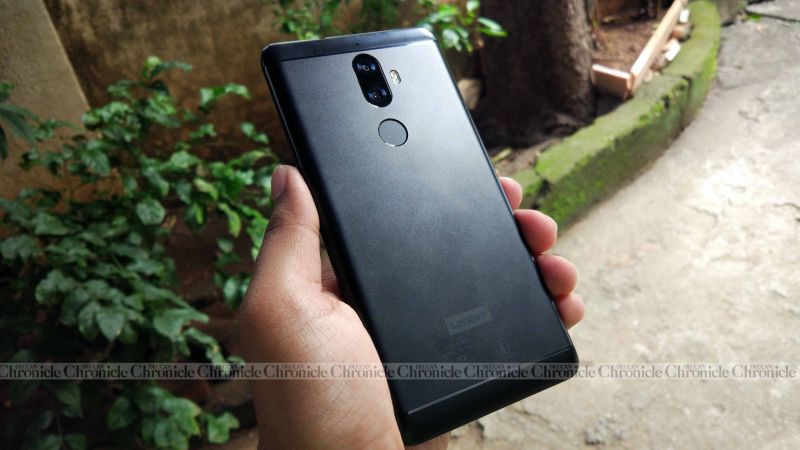 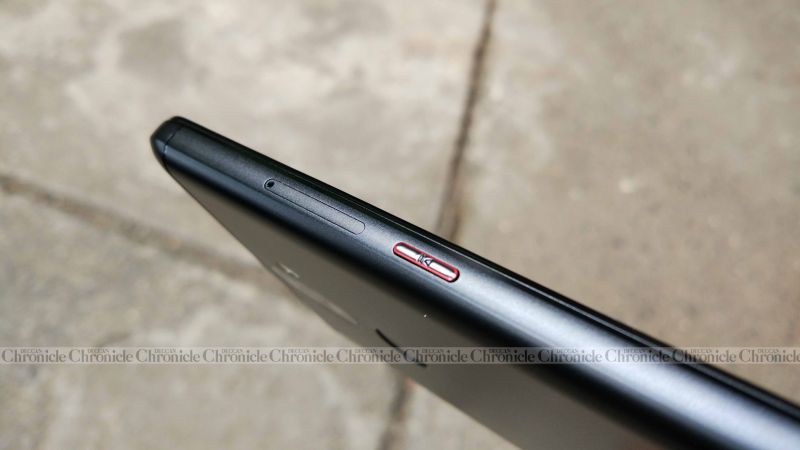 At 165g, it is noticeably heavier than the most rivals in this segment. That said, Lenovo has made sure that the phone justifies a higher price tag with its premium metal build. Even with antenna bands and a dual camera housing, the rear looks relatively cleaner. There's also an additional music button, which is beneficial, and it can also be remapped to launch your favourite app. 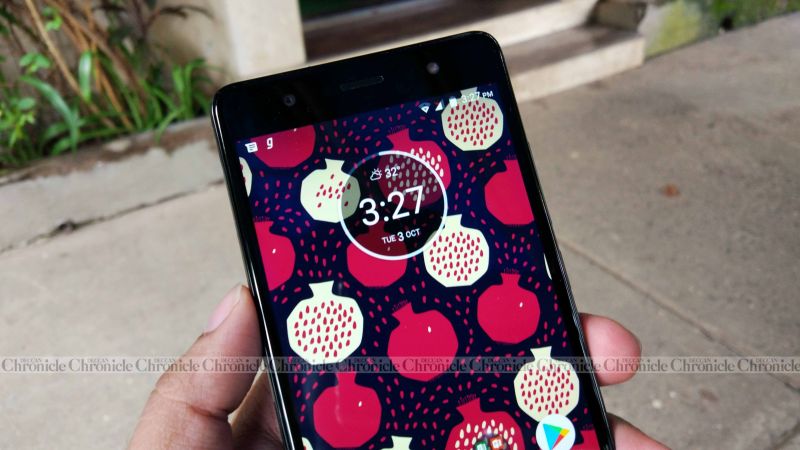 The K8 Plus sports a 5.2-inch full HD IPS LCD display. With a pixel density of 424ppi, you will see sharp images with adequate brightness and a wide angle view. The colours, however, feel slightly washed out. The display is protected by a 2.5D Gorilla Glass 3 panel, which is pretty rare for a smartphone in this category. 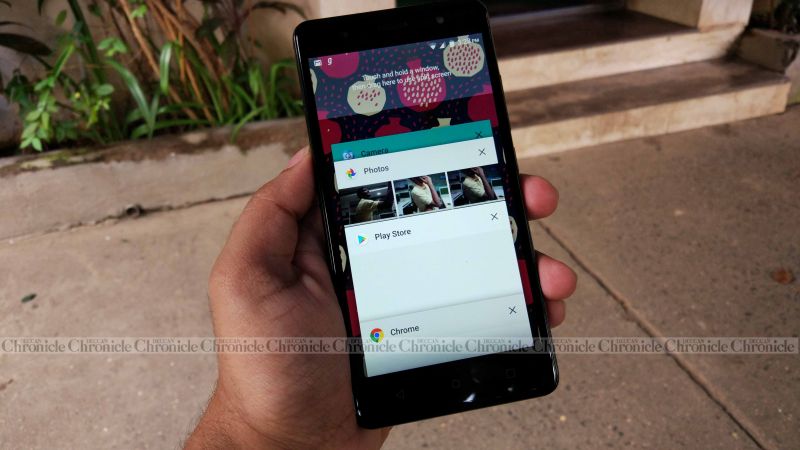 As stated earlier, the K8 Plus uses a 2.5GHz octa-core MediaTek Helio P25 chipset, which is equivalent to a Snapdragon 625 on paper. Our test unit had 4GB of RAM and 32GB of storage. To appeal to performance seekers on a budget, Lenovo ships the K8 Plus with stock Android 7.1.2 Nougat, which should be upgradeable to Android Oreo in the future. However, Lenovo has not officially confirmed any future OS updates for the K8 Plus as yet. 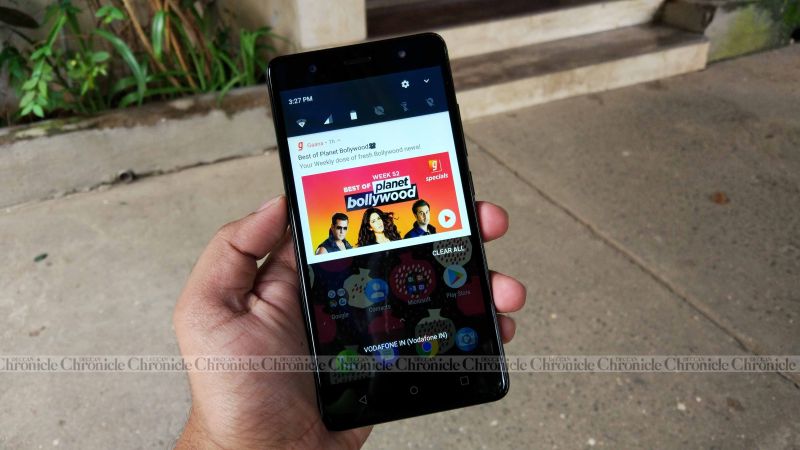 With the given set of impressive specifications, the K8 Plus never disappointed us as far as the performance is concerned. Whether flicking aimlessly through the menus or playing resource-intensive games such as Asphalt 8, NOVA Legacy and Real Racing 3, the K8 Plus never went out of breath. Note that Lenovo’s almost-stock Android interface is similar to that found on Moto phones along with a few bloatware. You cannot remove the pre-loaded Microsoft apps, which is a shame considering other stock Android phones do give you the option to remove apps that you don’t like.

However, to justify the price tag, the K8 Plus sports Dolby Atmos audio, which is pretty impressive. Whether you have plugged in earphones or using the onboard speakers, you will be greeted with clear audio with a good essence of bass. Of course, you can customise the audio settings to cut down on bass if you are not a fan. 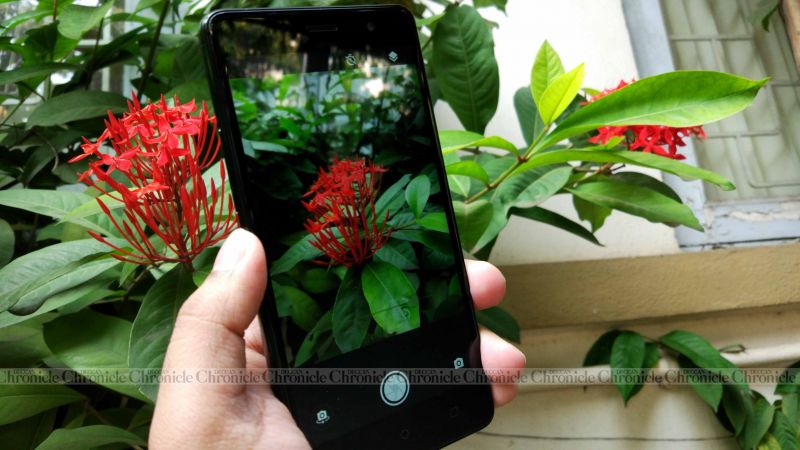 Heading into the camera's performance — the party piece for the K8 Plus — the dual 13MP + 5MP rear cameras together grab some impressive photos under broad daylight. The pictures retain natural colours with decent sharpness, adequate details and a good contrast. As with all budget smartphones, low-light conditions tend to take a hit on the overall image quality with noticeable grains. The dual camera is tuned for achieving depth effects, which spells good news for portrait enthusiasts. 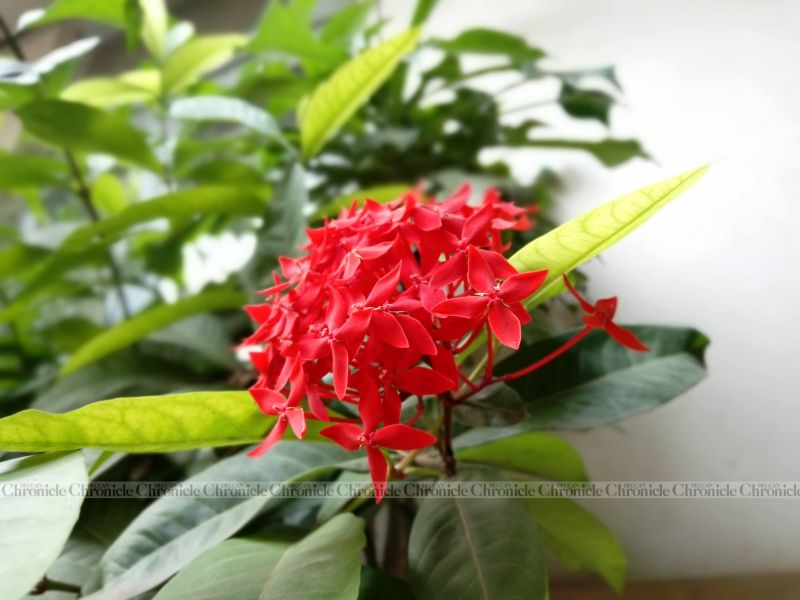 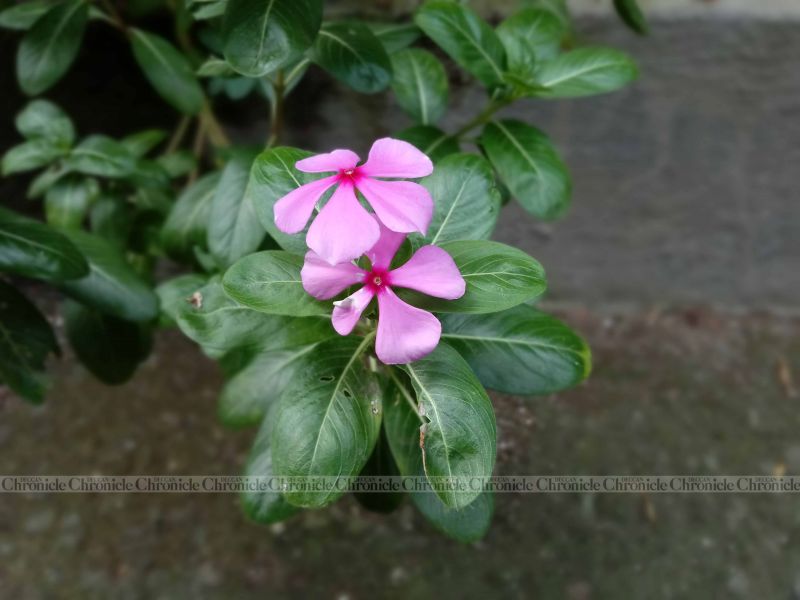 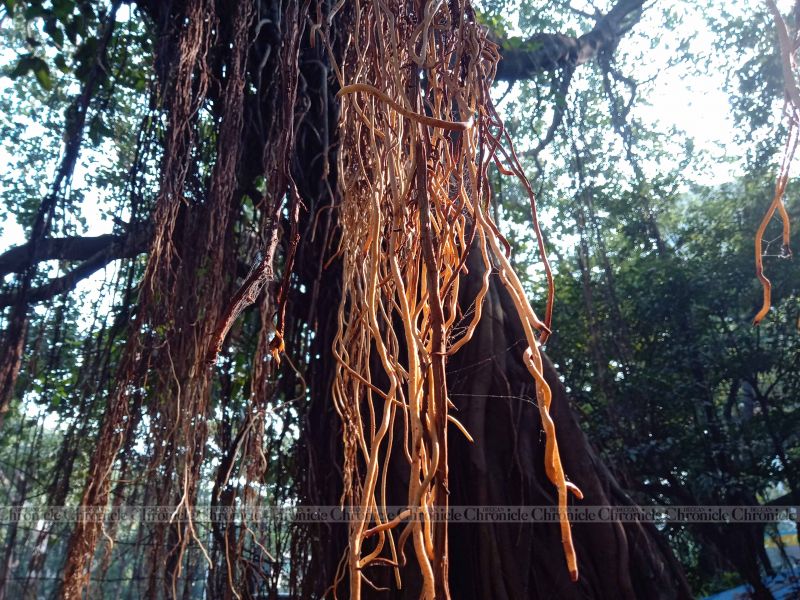 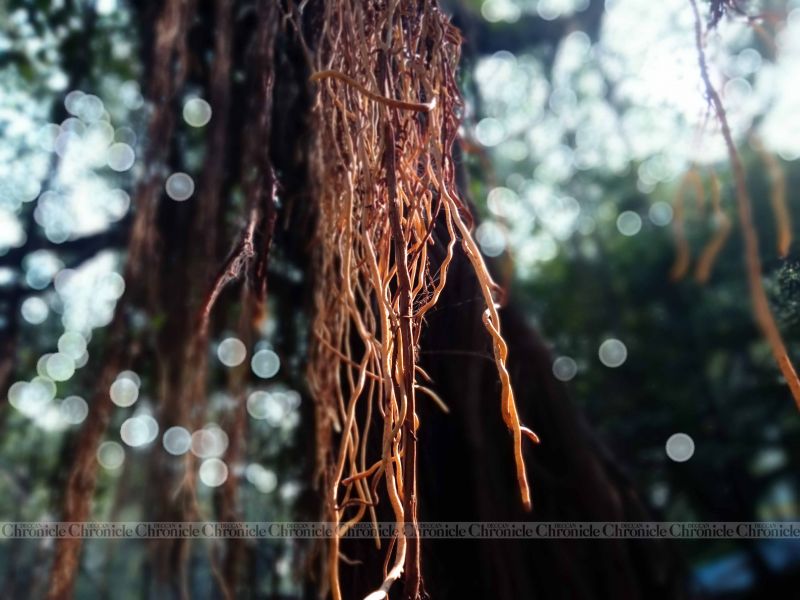 Shown above: The two images are in the normal and portrait mode, respectively. 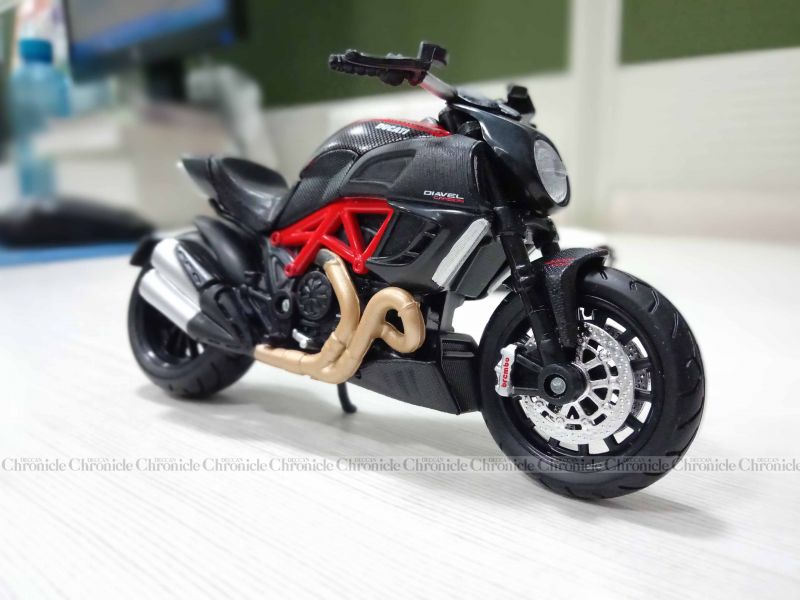 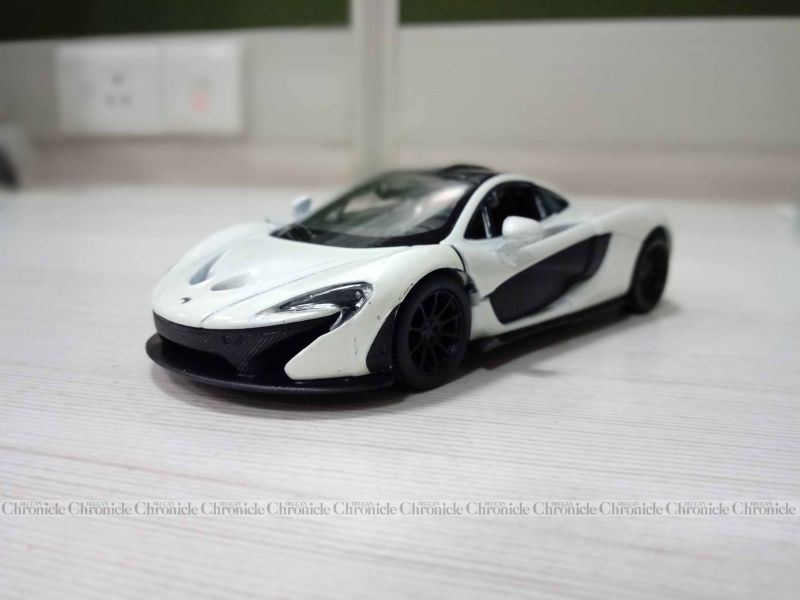 However, the algorithm for the portrait mode fails to match the foreground and the background evenly, resulting in an uneven line of distinction between the blurred background and the subject. The 8MP selfie camera with its own LED flash takes decent photos.

To keep the Internet-savvy generation happy, Lenovo offers the K8 plus with a 4000mAh battery, which is more than enough for keeping the phone alive for a day. Under casual usage scenarios involving texting, photography, streaming music and videos, you can expect a day and half of battery life — great for those always on the move. 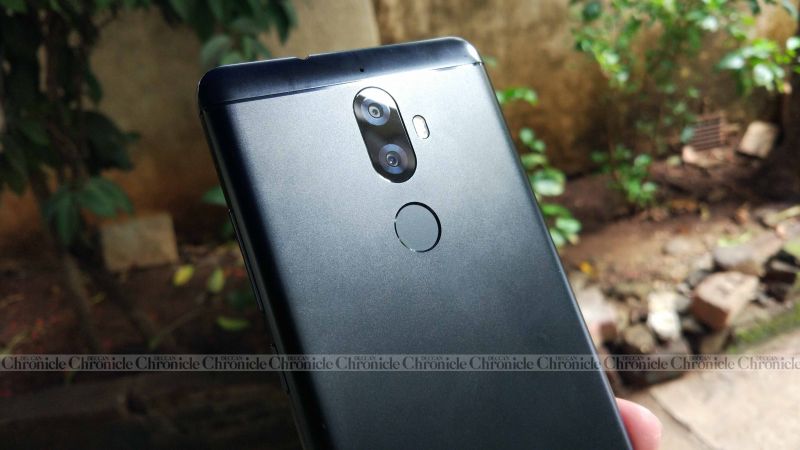 The Lenovo K8 Plus’ Rs 11,999 price tag places it outside the budget segment and in competition with the likes of those from the lower mid-range players, such as Xiaomi’s Redmi Note 4 or the Moto G5, for example. For the price you pay, you get an impressive build quality, above average performance, great audio quality and commendable battery life. Surely, places, where Lenovo could have improved, are the-the portrait mode (no additional control) of the dual camera and give more options to users for removing bloat with a future update. Nonetheless, if you are looking for a good mid-range smartphone but don’t fancy a massive 5.5-inch form factor, the K8 Plus is a good option.