Google is expected to hold an event on October 4th, where it could announce two phones and the new tablet.

The Nexus smartphones are in the news for a long time now, but the new reports suggest something you won’t be expecting from Google. According to known tipster Evan Blass, Google can launch the successor of Nexus 7 alongside the two smartphones.

Blass’ tweet reads “Google's Huawei-built 7-inch tablet, with 4GB RAM, on track for release before the end of the year.” 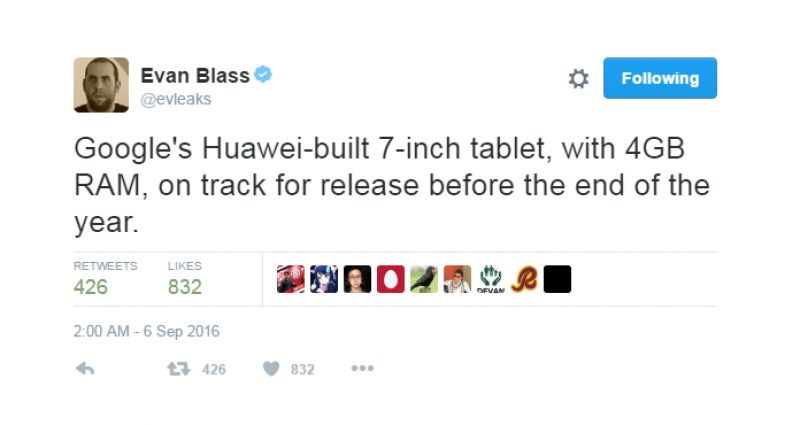 Google decided to drop the Nexus branding to rename it as Pixel. Reports by Android Authority claimed that the two HTC-built smartphones codenamed Marlin and Sailfish will be called as Pixel and Pixel XL respectively.

Google is expected to hold an event on October 4th, where it could announce two phones, a Daydream VR headset, a new 4k-enable Chromecast dongle, and now — apparently — a new Google tablet.