In spite of Samsung dominating, Apple did manage to beat Samsung by as much as 14.7 Mbps in the United Arab Emirates and Taiwan.

Since 4G’s introduction everywhere, there have been almost no cases regarding the delivery of data speed on devices, irrespective of the mobile phone being used. But, a new report reveals that your phone model can affect download speeds in different regions.

The report was based on tests from 23,352,908 devices in 40 countries, and devices were split into three tiers – low, mid, and high-tier. 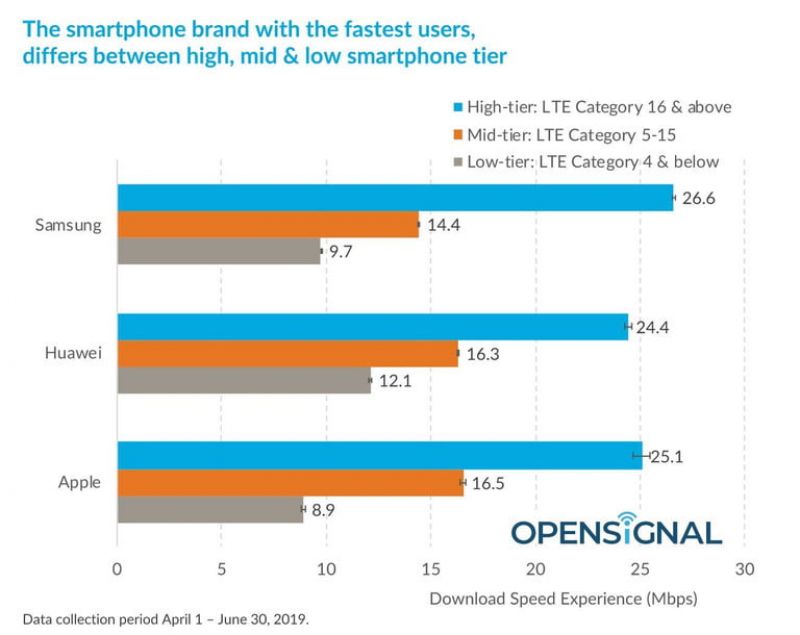 Samsung, who make devices ranging from cheap to premium while compared to Apple who only offers premium-priced models. A more impressive feat for Samsung was that the Apple users in the US experienced download speeds 8.2 Mbps slower than Samsung users.

In spite of Samsung dominating, Apple did manage to beat Samsung by as much as 14.7 Mbps in the United Arab Emirates and Taiwan.

As 5G is on the verge of launch, these results could change dramatically in the next couple of years and we shall see who manages to dominate with the new internet technology.

Will Trump’s actions spark a US versus China tech war?