Samsung took the wraps off its Galaxy S8, S8 Plus smartphones earlier in April this year in Midnight Black and Maple Gold, Orchid Grey and Arctic Silver colour variants. Now it appears like the company is planning on introducing a new Coral Blue variant as well.

Popular leakster, Evan Blass announced this on Twitter. The tweet, “US-bound Galaxy S8/+ in blue,” was accompanied by images of both the phones in Coral Blue colour. Unfortunately, it appears like the smartphone will only be available in US as of now. 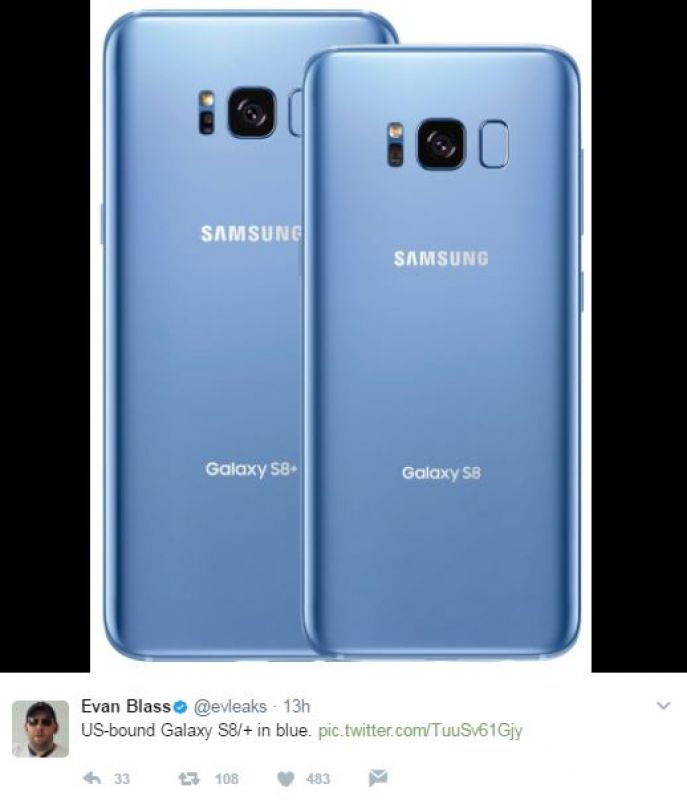 There is no information regarding which carriers or retailers will be carrying this new-coloured variant. However, it is expected that the smartphone will be available for purchase through Samsung’s official website.