At Rs 30,000, the Vivo V11 Pro seems to be a very impressive package, with never before seen features in this segment.

Vivo has been on a roller coaster ride this year, introducing phones that are setting new trends instead of following some. The X21 launched earlier introduced the in-display fingerprint sensor while the NEX took the idea of a bezel-less smartphone very seriously by kicking out the notch and stuffing the front camera on a mechanical slider. However, Vivo wasn’t satisfied and wanted to make something as unique as it flagship yet accessible to more.

Hence, the V11 Pro has been announced in India at a price of Rs 25,990. Being the successor to the V9, the new model brings Vivo’s much-loved in-display fingerprint scanner and new kind of bezel-less display in a segment where rivals are busy offering Apple iPhone X clones. But is it worth attention, considering the competition is offering flagship grade internals in same price bracket? Let’s find out.

The Vivo V11 Pro’s star attraction is its new display — an almost fullscreen panel with a tiny notch on top. Known as the 'water drop' in general, the new tiny notch helps Vivo offer a screen-to-body ratio of 85.4 per cent without intruding much into the viewing experience. In fact, once you experience the V11 Pro in person, it becomes pretty annoying to adapt to other phones with the bigger notches — even those that are priced higher than this one. But what has Vivo done to the other sensors? 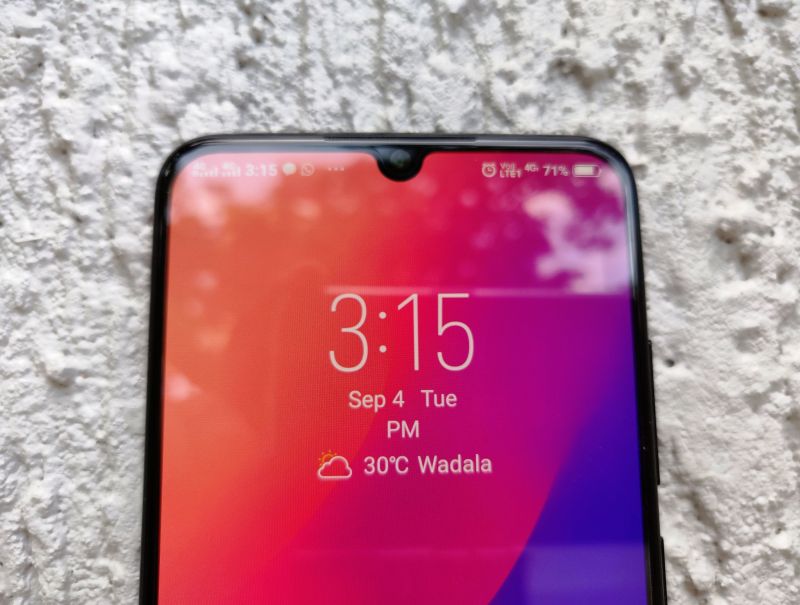 Instead of stuffing the notch with an earpiece and all the other sensors, Vivo has cleverly repackaged most of it inside the body. The earpiece sits on to the extreme top edge, with the IR sensor sitting alongside it for doing Face Unlock duties. Yes — Vivo has managed to stuff in infrared sensors in that slim forehead for easing face unlock in pitch dark conditions. Only the front camera sits in the small notch, thereby liberating more space. 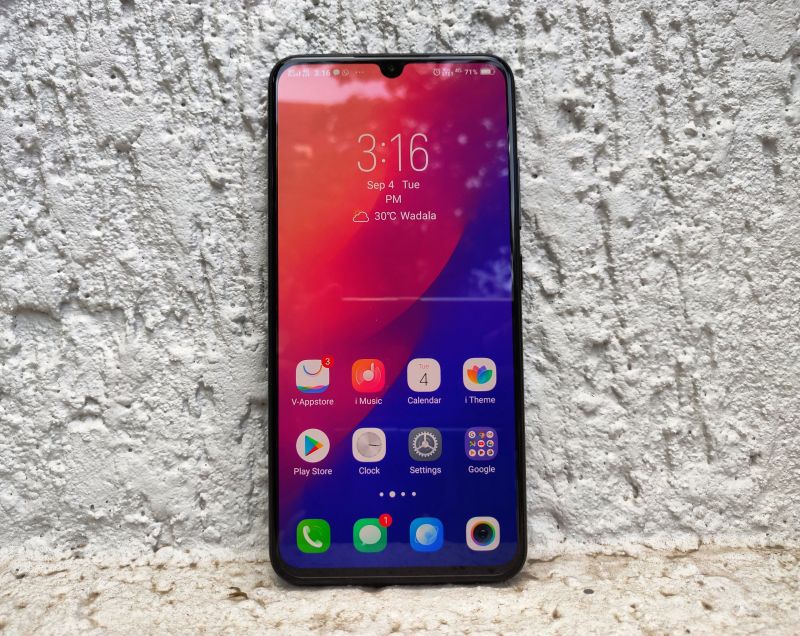 The chin is also slimmer compared to the V9. What’s new here is the in-display fingerprint sensor — a first for the V series. The V11 Pro uses the fourth generation optical sensor, which Vivo claims to be faster than the ones we have seen on the NEX and the X21. In our brief time with the handset, the fingerprint verification certainly felt faster than on the NEX — almost on par with a capacitive sensor. However, it’s still an optical sensor, which means you need to have clean fingers before you attempt login. However, Vivo’s IR Face Unlock is faster than that sensor — it unlocks the moment you turn on the display. It can also work in conjunction with the fingerprint sensor to enhance security if the user wants. 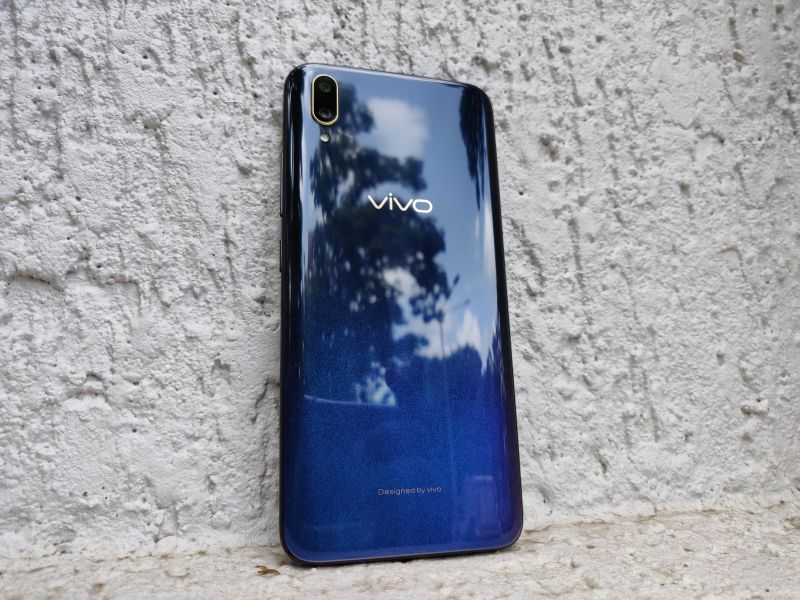 The rear is where Vivo does what it knows best — making beautiful glass panels. With the V11 Pro, Vivo joins the ‘gradient colour’ trend. However, unlike OPPO or Huawei’s ostentatious hues, Vivo goes for a subtle yet and premium gradient that shimmers when you hold the phone at a particular angle. A dual rear camera resides on the top edge, aligned vertically. 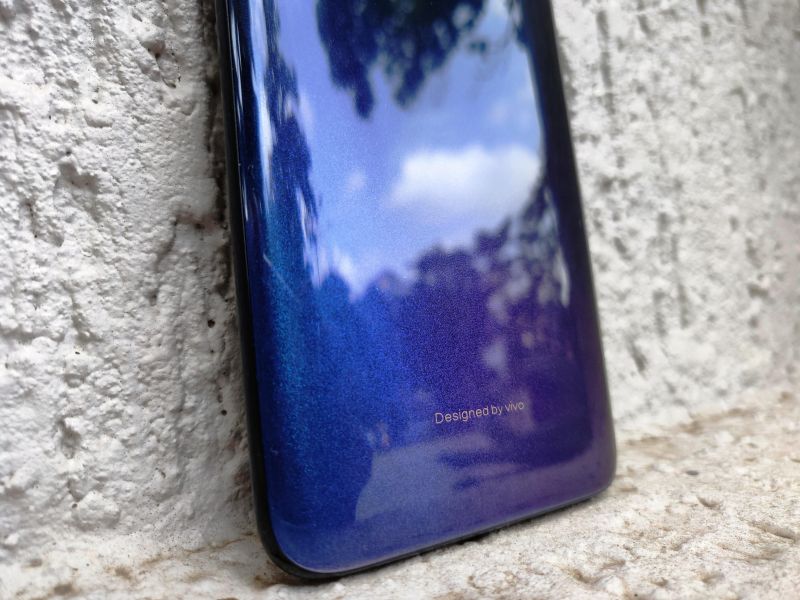 Look around and you still find a 3.5mm headphone jack, the usual array of buttons, a loudspeaker and a micro USB port. The inclusion of a micro USB port on a premium smartphone is a bummer, but Vivo compensates for it by supporting 18W fast charging. 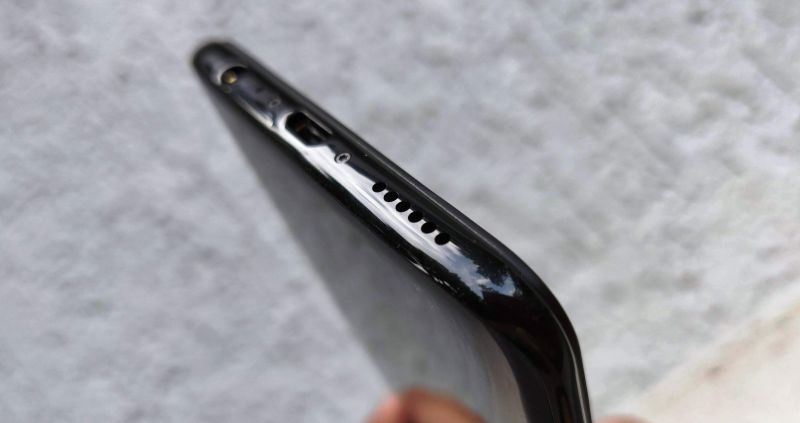 The V11 Pro introduces a premium AMOLED panel to the V series in India. There’s a massive 6.4-inch display with an aspect ratio of 19.5:9 that throws out a resolution of 1080 x 2340 pixels. AMOLED panels are known for eye-popping colours and contrasts, and the V11 Pro’s display exhibits those same properties at first glance. We will have to see as to how it fares over a longer period of time. 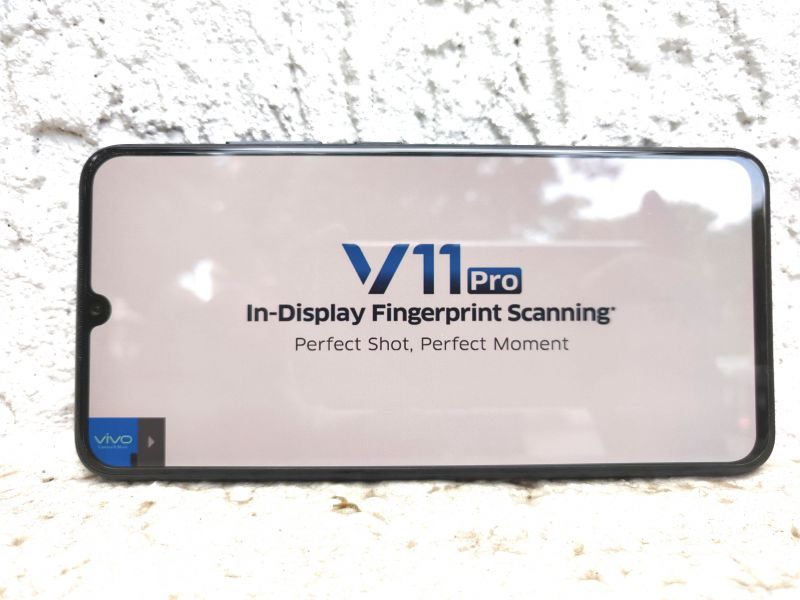 A brief look at the spec sheet suggests that the V11 Pro is essentially an X21 underneath. There’s a Qualcomm Snapdragon 660 chipset paired with up to 6GB of RAM and 64GB of storage. Android 8.1 Oreo is there on board and is skinned with Vivo’s FunTouch OS. In our brief moments with the V11 Pro, the phone felt fast and fluid. FunTouch OS is still a bloaty interface with extreme customisation to every nook and cranny of the operating system. Vivo also brings in its Jovi AI to India with smaller yet smarter features to enhance the overall user experience. The SD660 should also help with demanding titles on medium graphics with ease. 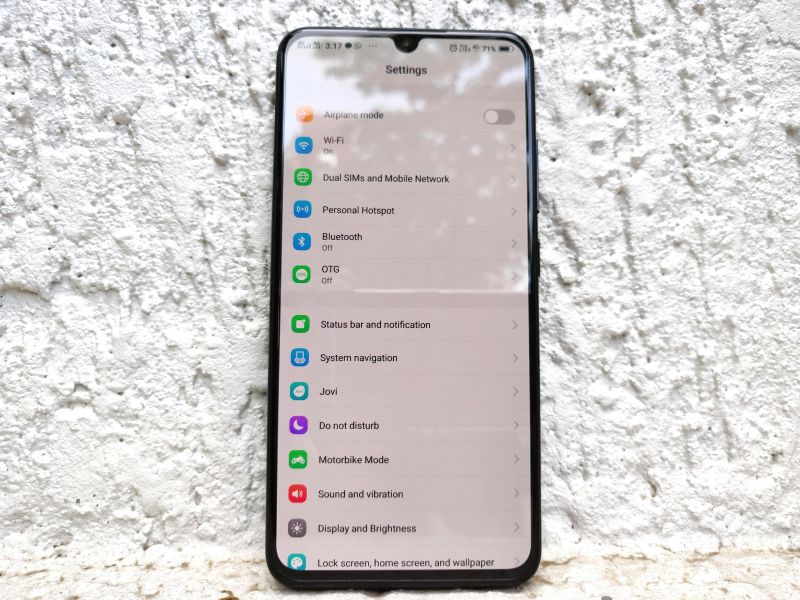 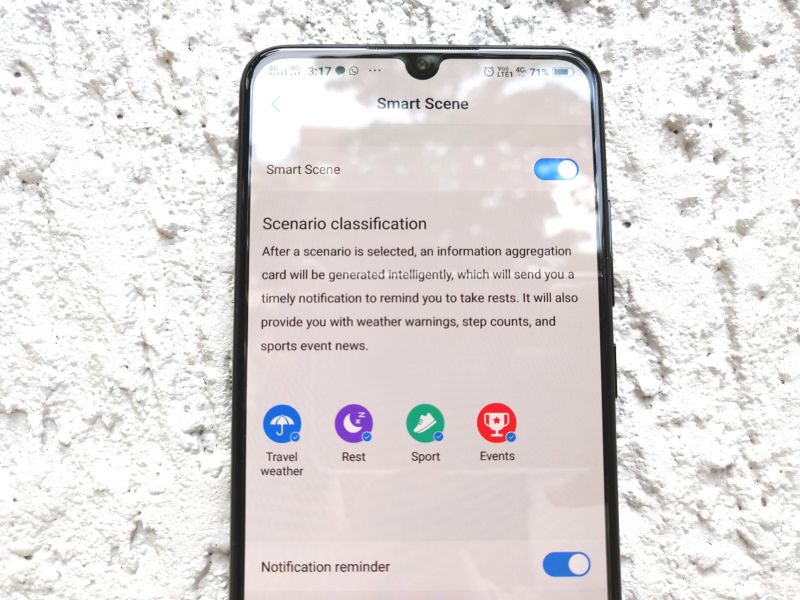 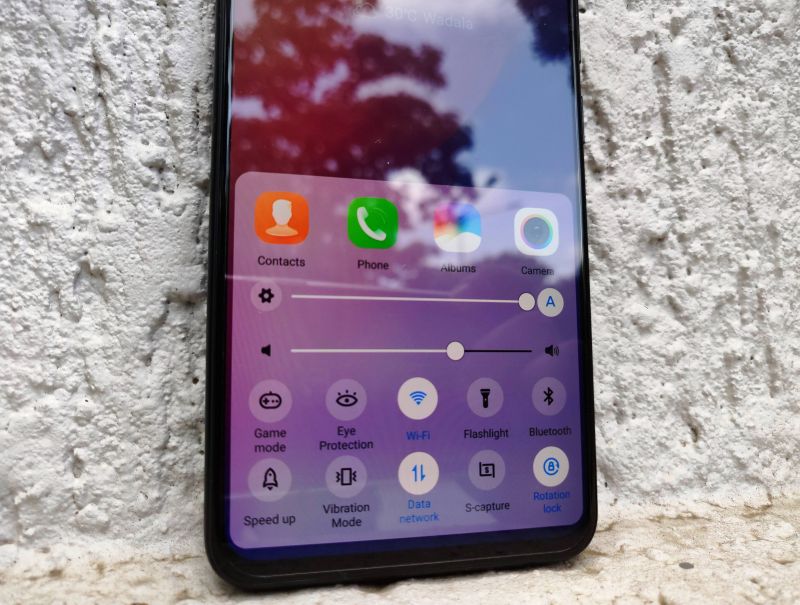 To keep the phone alive, Vivo has stuffed in a rather average 3400mAh battery. Considering Android Oreo’s optimisations paired with FunTouch OS’ additional battery saving features, it should churn out a healthy stamina of at least a day a with ease. Stay tuned as we put this new boy through its paces in the coming weeks. 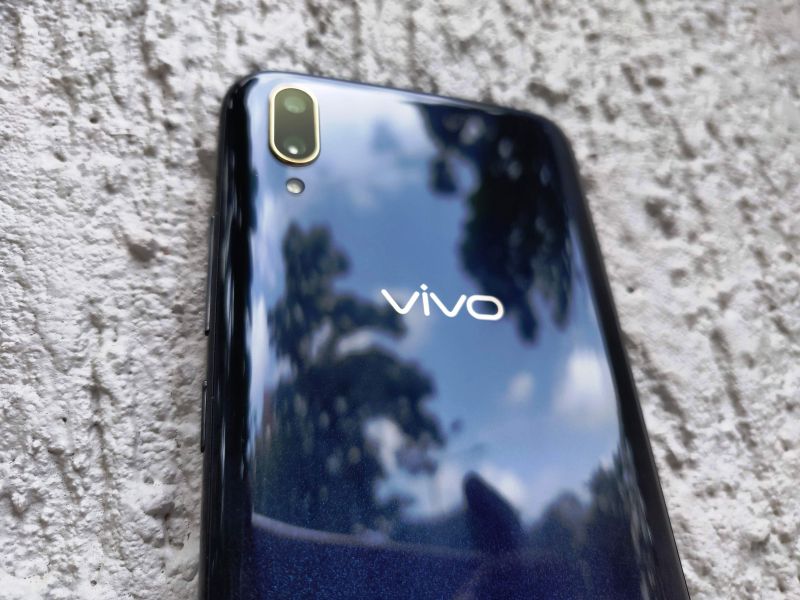 Vivo cares about its optical performance a lot and the V11 Pro shows that. For the dual rear camera setup, there’s a 12MP primary sensor with f/1.8 aperture, 1/2.8-inch sensor and dual pixel PDAF. The secondary 5MP sensor with a f/2.4 sensor is suitable for depth data only. While playing around with the phone for a short while, the V11 Pro seemed to put up a good job with bright colours and ample details. The new Background HDR feature helps with portraits when shot against a light source by intelligently brightening and adjusting the contrast accordingly on the subject, so as to maintain equal exposure all throughout the frame. The 25MP front camera also gets the HDR mode and does an impressive job of snapping Instagram-worthy pictures. 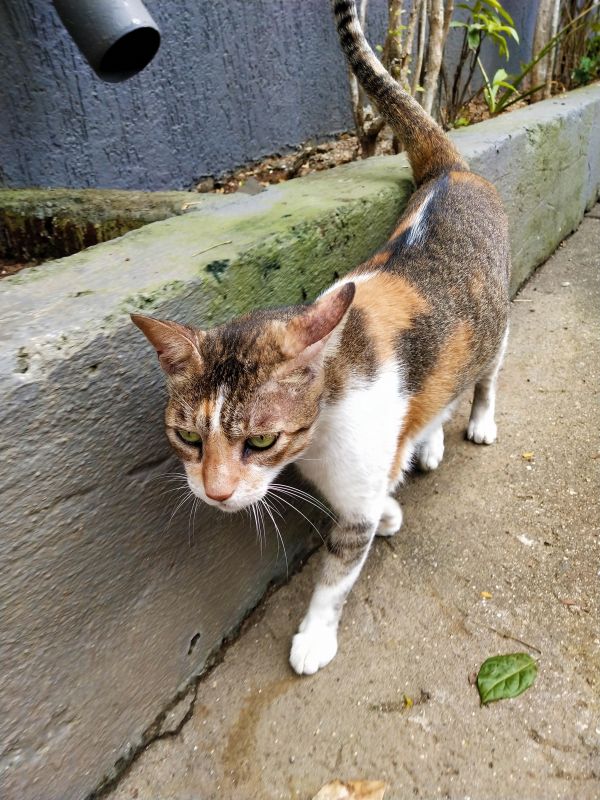 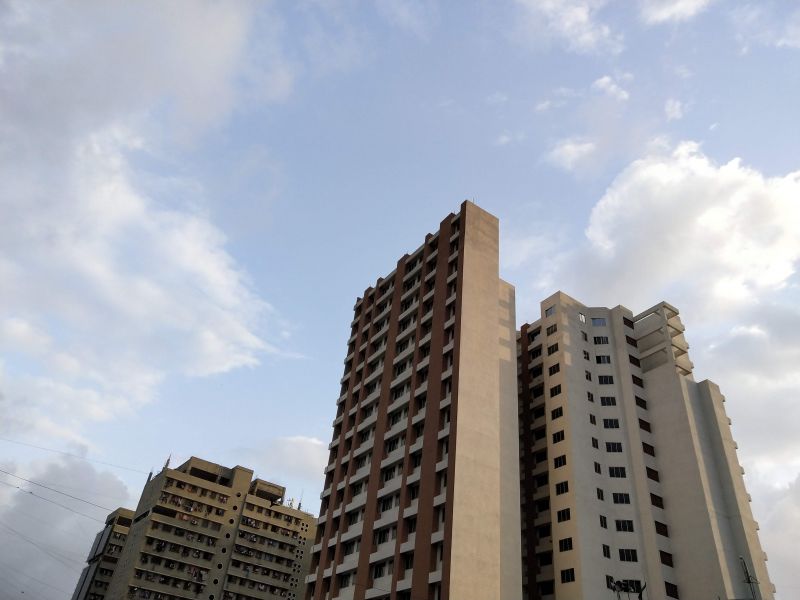 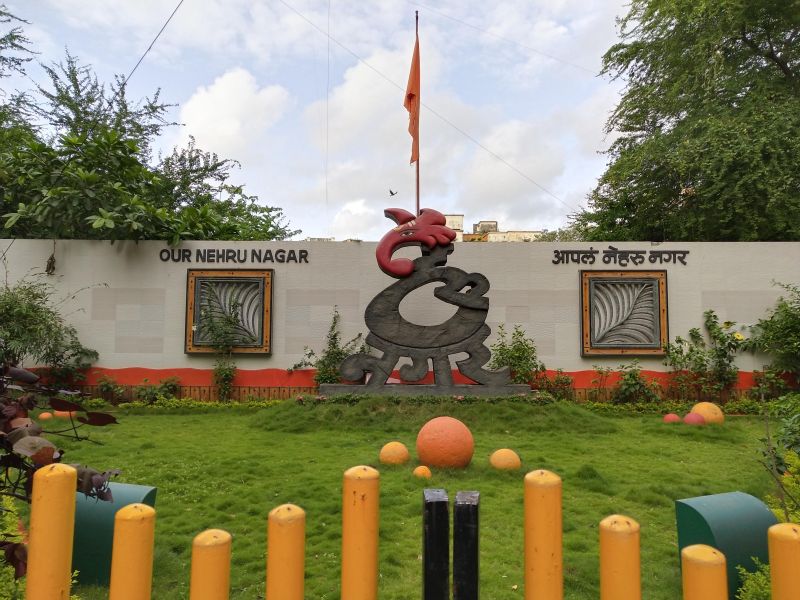 At Rs 25,990, the Vivo V11 Pro seems to be a very impressive package, with never before seen features in this segment. It’s got a fast in-display fingerprint sensor, an immersive, big display with a tiny notch and an impressive build. However, it also has the ambition to offset its better-equipped rivals with smarter optics and deliver an all round performance. Surely, the competition offers flagship grade internals and better optics on paper. Therefore, does the Vivo V11 Pro stand a fair chance against the likes of ASUS Zenfone 5Z, Honor 10, POCO F1 and the mighty OnePlus 6? Stay tuned to find out in our final review over the next few weeks.