Several leaks and rumours have already started surrounding the OnePlus 6T. A recent leak suggested that the smartphone would sport an in-display fingerprint sensor and a waterdrop style notch, which we have already witnessed in the OPPO and Vivo's flagship smartphones. Aesthetically, based on how OnePlus typically upgrades its smartphone — these features appear to be the essential changes that we can expect on the upcoming OnePlus 6T. 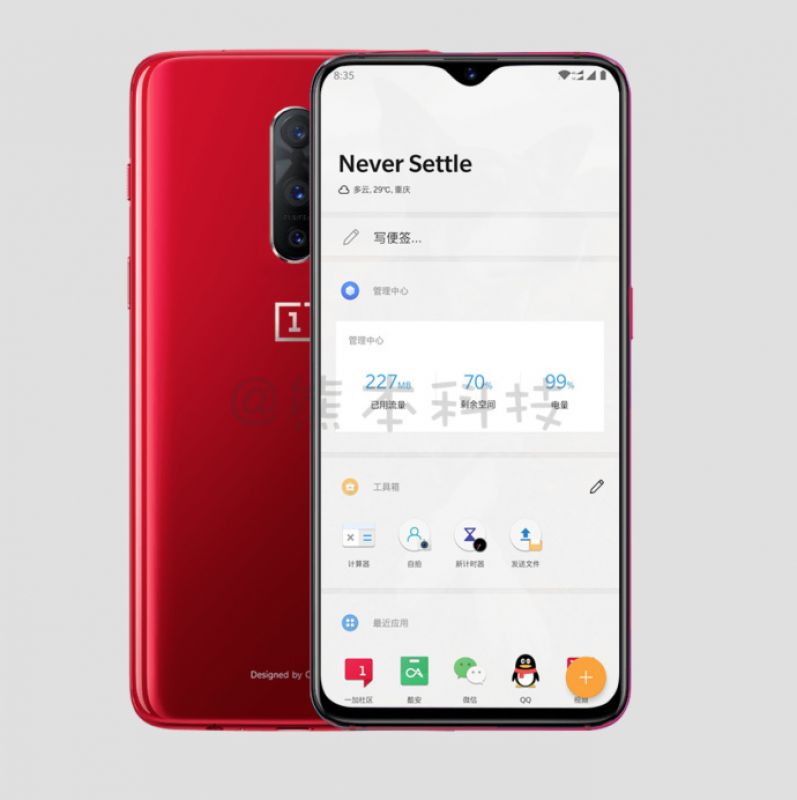 The latest leak now gives a glimpse of how the smartphone may look like. The leaked image clearly shows that the OnePlus 6T would feature a triple camera setup similar to the Huawei's P20 Pro. Strangely, the image doesn't seem to have a flash module anywhere in sight. Overall, the device seems similar to the OPPO R17 Pro (recently launched in China) in terms of design.

As for the specifications, the OnePlus 6T is likely to be powered by a Snapdragon 845 chipset aided by up to 8GB of RAM and 256GB of internal storage. The camera configuration of the OnePlus 6T is still unknown, however, some rumours suggest that the new flagship device could pack a 12MP f/1.5 sensor, a 20MP f/2.4 sensor, and a depth sensor. Lastly, the handset could be launched with Android 9.0 Pie out-of-the-box.