The authenticity of the image is surely questionable; however, several reports suggest that Slickwraps usually gets a glimpse of Samsung’s smartphones before everybody else. This is done in order for the smartphone accessory maker to built cases as per the device’s dimensions and cut-outs. Following which, Galaxy Note 8 cases were listed out for pre-orders on the website. Another website named Mobile Fun has also listed out dedicated cases for the upcoming Galaxy Note 8 smartphone. Interestingly, the design of the cases pretty much reveals most of the key features of the speculated device. On the basis of this information, it is safe to assume that the Galaxy Note 8 will pack its fingerprint scanner on the back of the smartphone itself. The smartphone will also apparently come along with a dual rear camera set-up. However, the distance between the two features located on the rear panel of the device has been increased. This is done to ensure that users don’t smudge the camera sensor while using the fingerprint scanner. 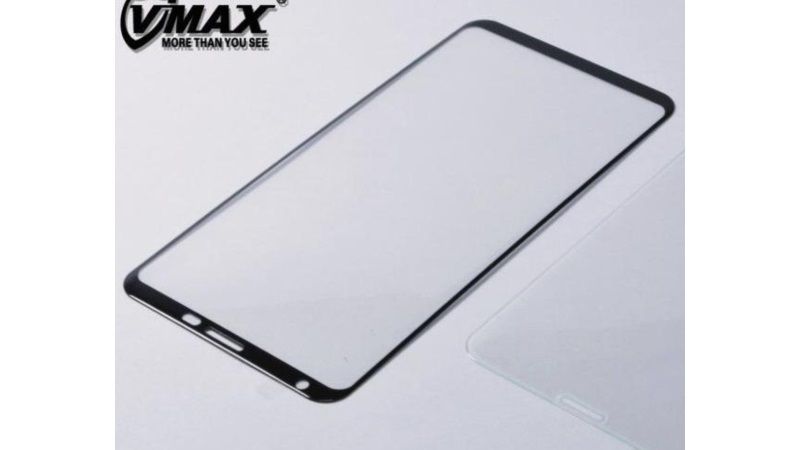 The leaked image of alleged screen protector for the Galaxy Note 8, shared by Twitter user @UniverseIce suggests that the device will sport a Dual-Edge display — similar to that of Galaxy S8 and S8 Plus smartphones. The image further goes on to suggest that the smartphone will pack thinner bezels and will even come with an Infinity display such like its S-series counterparts. To recall, the speculated Galaxy Note 8 smartphone is expected to pack a 6.3-inch display with the same 18:5:9 aspect ratio as the Galaxy S8 and S8 Plus smartphones. The smartphone may sport a dual rear camera set-up with two 12MP sensors and an independent OIS (Optical Image Stabilisation) for each lens. The smartphone is expected to offer 6GB of RAM and will either be powered by Snapdragon 835 SoC or Exynos 8895 SoC. The device will house a 3,330mAh battery and is expected to be launched sometime in August this year.