DECCAN CHRONICLE. | AMRITANSHU MUKHERJEE
Published Feb 6, 2018, 9:12 pm IST
Updated Feb 10, 2018, 8:03 pm IST
The Galaxy A8+ is a phone that ensures that expensive smartphones should look ahead of hardcore performance.

The Galaxy Note 8-inspired looks, Samsung Pay and the dual selfie camera are the features that make it stand apart from the competition.
Rating:

Verdict: The Galaxy A8+ (2018) is Samsung's answer to the slew of 'flagship killers' in the market. It shines where it matters the most for casual smartphone users in India — aesthetics, display, photography and battery. However, Samsung's premium midranger doesn't focus on raw performance figures like some of its rivals, thereby making it a pleasant 'non-flagship killer' premium smartphone in the category. 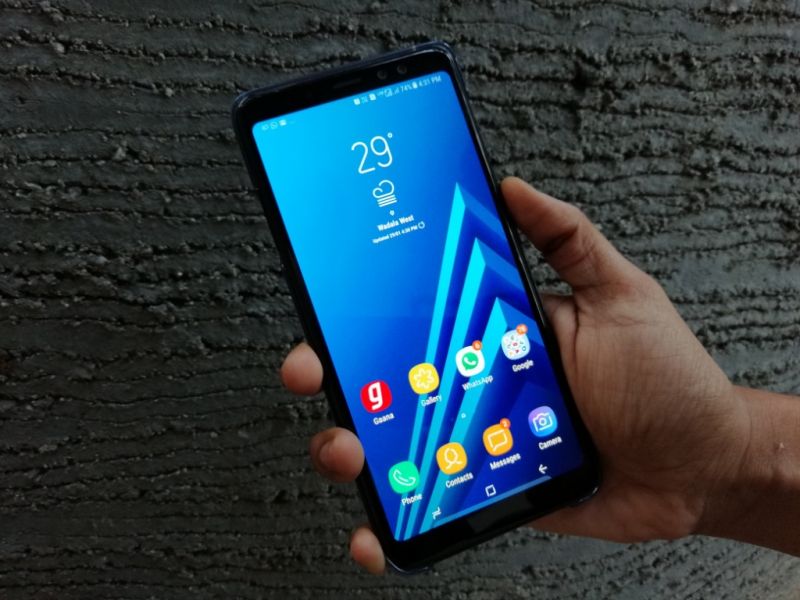 When Samsung unveiled the Galaxy S8 in 2017, the world was swayed by its narrow-bezel 'Infinity Display'. Samsung’s Note 8 also got the ‘Infinity treatment’ with an even bigger display. However, rest of Samsung’s premium, as well as affordable handsets, were left alone with the conventional Samsung design language whereas other players in the affordable segments started offering bigger displays in compact form factors. To keep themselves relevant in the market, Samsung has gone for a different design approach with their 2018 lineup of their second-premium A-series and their first offering — the Galaxy A8+, that aims to fight it out with the flagship killers. 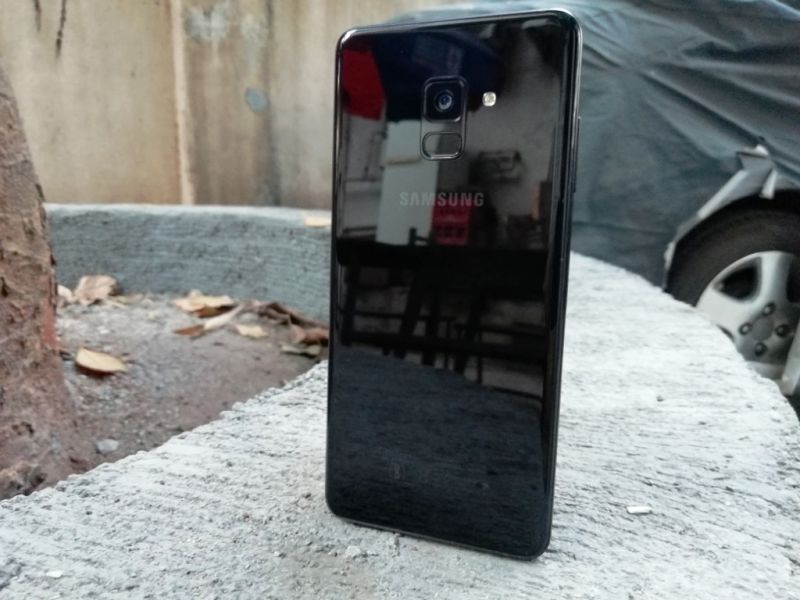 However, the A8+ is simply not the same old wine in a new bottle. Instead of simply stuffing older-generation hardware with an Infinity Display, Samsung has gone all out to make it a compelling choice for premium mid-range smartphone seekers with a dual front camera and refreshed innards. Samsung feels that an asking price of Rs 32,990 for the A8+ is enough to draw the crowd from the OnePlus and Honor court. Therefore, is the Galaxy A8+ really a good alternative from the conventional affordable flagships of 2018? Read on.

The Galaxy A8+ (2018) is a smartphone that focuses on a premium user experience. One can feel this focus on ‘premiumness’ as soon as the phone is held. As we stated in our hands-on article earlier, the Galaxy A8+ looks 'outright luxurious'. Samsung has gone for the familiar Note 8-like aesthetics, sans the curved edges on the front. 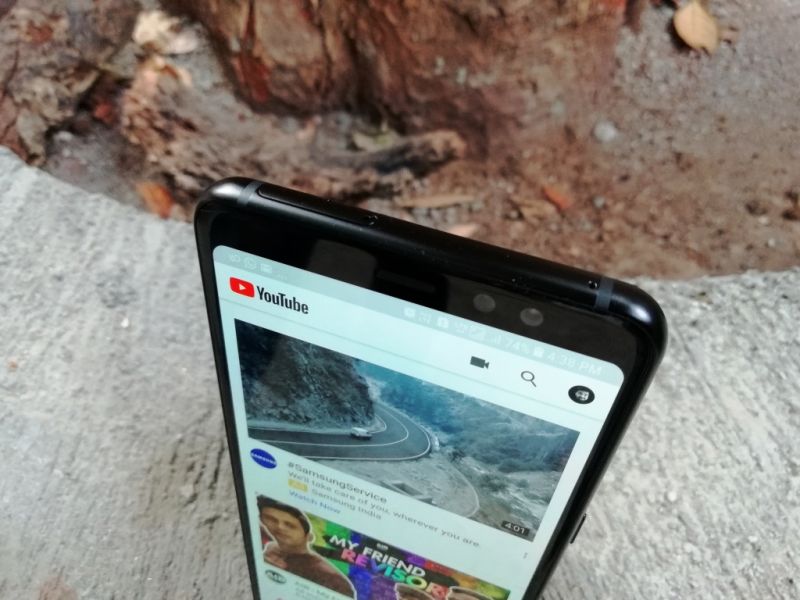 However, the display with no curved edges highlights the side bezels, despite sporting a 2.5D curved glass. The bezels on the top and bottoms are also noticeably wider than the ones on the Galaxy S8 or Galaxy Note 8. Samsung’s signature design touches (right-side mounted speaker and an unusual volume rocker position) differentiate this premium Sammy from its 'all-alike-all-boring' rivals in the build department. The icing on the cake is the IP68 water and dust resistance certification, which means you can take it all out without worrying for liquid damages. 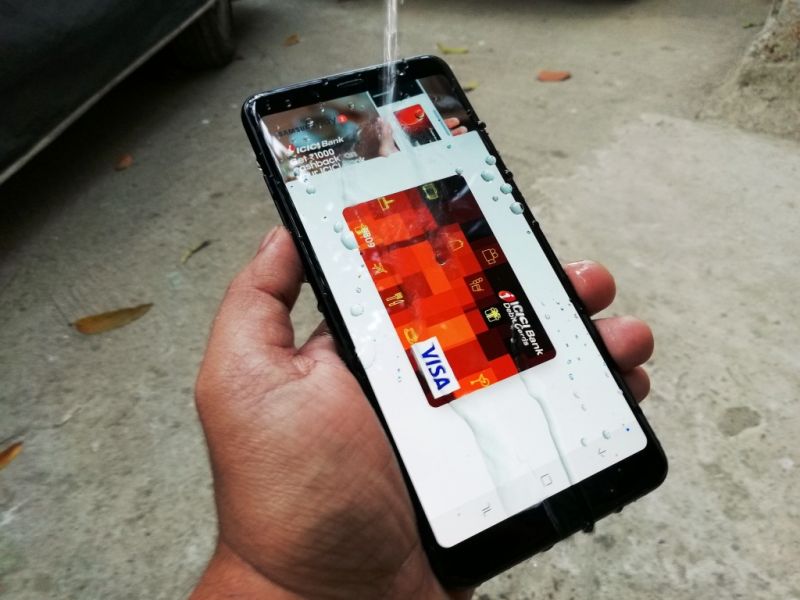 The rear glass panel enhances the looks and feel of the device, but is a huge fingerprint magnet — thanks to the all-black variant that highlights the same. However, what’s new here is a repositioned fingerprint sensor — last year’s Galaxy A7 (2017) had the fingerprint sensor at the front on the home button. The A8+ goes for a new under-the-camera position, which is much easier to reach on a bigger phablet when compared to that of the S8 and Note 8. 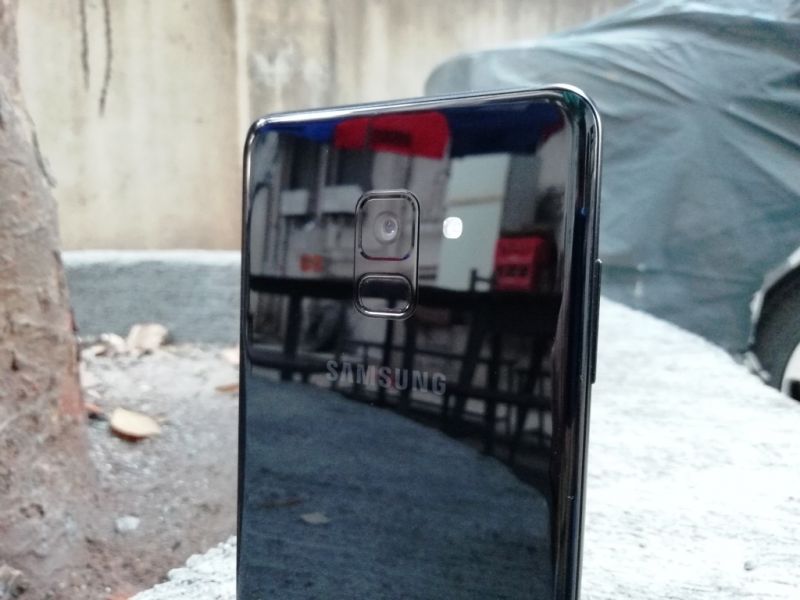 Despite that, we still ended up accidentally reaching the camera most of the time. Samsung’s solution for the fingerprints sensor placement isn’t flawless yet. At 191g, the A8+ is also noticeable heavy, making extended sessions of usage an issue. However, the A8+ is IP68 certified water and dust resistant, which means you can leave worrying about buying waterproof bags for this one. None of its rivals has this feature, making the A8+ earn more brownie points.

The Galaxy A8+ is primarily focused on providing a great display for its price and we are happy to report that Samsung has done a commendable job here. The 6-inch AMOLED display has a screen-to-body ratio of 75 per cent, thus making efficient utilisation of space. 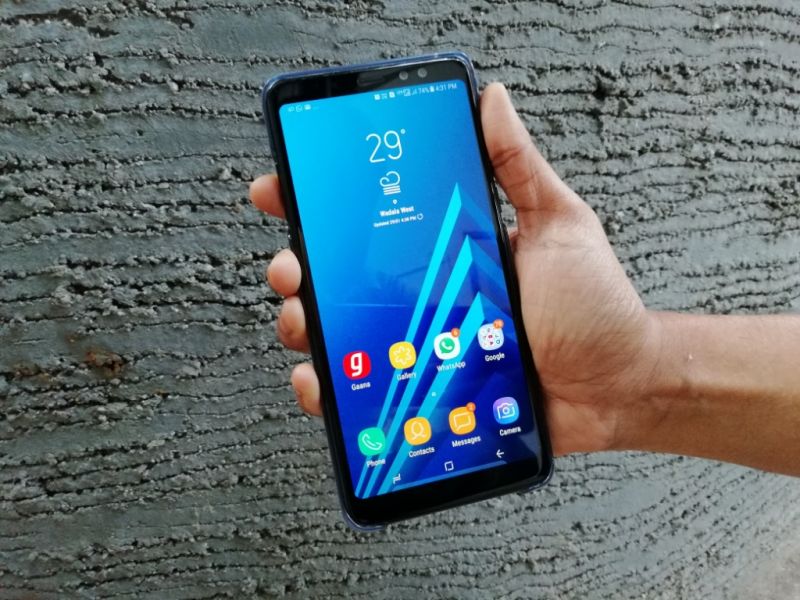 The AMOLED panel isn’t on par with its premium brothers when it comes to picture quality, but it manages to make the A8+ standout when compared to its rivals. You will certainly appreciate the eye-popping colours — particularly the mesmerising deep black colour, and the exceptional contrasts. 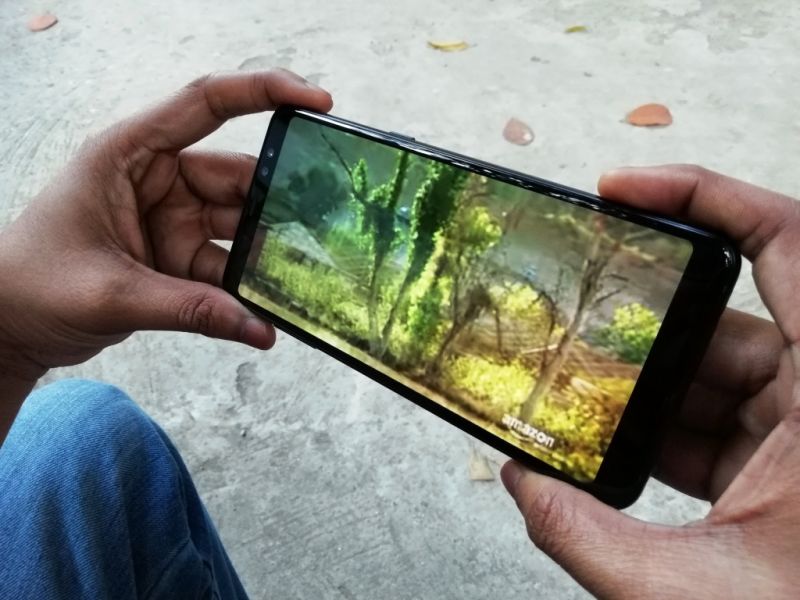 Sunlight legibility is also decent. Since this is an AMOLED display, there’s a slight bluish tint when seen from wide angles, but it isn’t on the same levels like the Pixel 2 XL. On the whole, watching movies and playing games on this baby was a hoot.

When it comes to performance, the A8+ differs from its rivals vastly buy offering high-end mid-range specifications instead of flagship-class silicon inside. The A8+ is the first Samsung mid-range to help itself with their brand new Exynos 7885 octa-core chipset along with a Mali–G71 GPU. This is a 14nm chipset, which means it should be efficient in sipping power as well stand up to some moderate abuse. India gets the A8+ with 6GB of RAM and 64GB of onboard storage, with support for expansion up to 256GB. 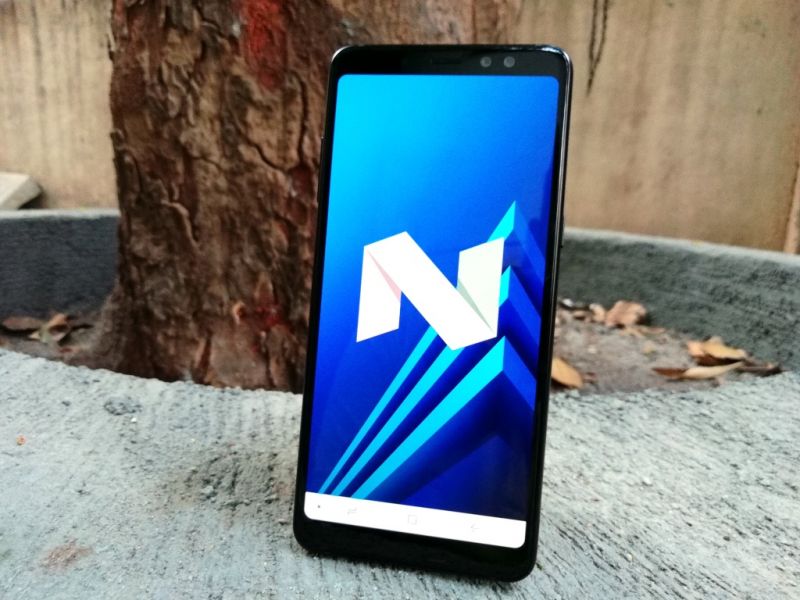 However, user experience on Samsung smartphones depends heavily on the extent to which the OS has been customised. Since the Galaxy S8, Samsung’s new ‘Samsung Experience 8.5’ UI has taken a new direction in terms of design and practicality for all of their smartphones. It's still a highly bloated OS in the A8+, but manages to utilise the hardware efficiently with pleasing aesthetics, despite being constructed on Android Nougat 7.1.1. An Android Oreo-based OS would have made sense for a premium smartphone launched in 2018, but it's Samsung and we know that their S-series flagships are the first ones to usually taste the latest Android OS. But what surprised us on this one is the timely rollout of security patches, which is a rare phenomenon for non-flagship Samsung smartphones. 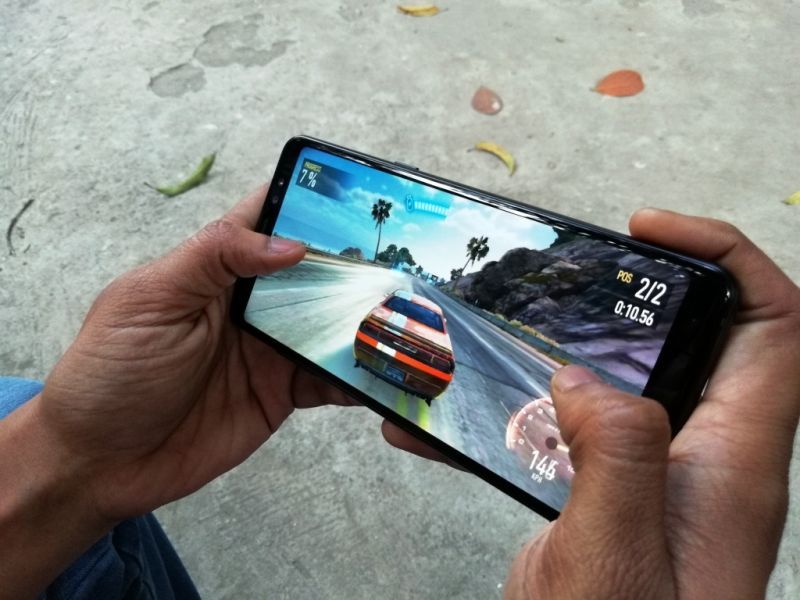 Right from the start, the Galaxy A8+ feels swift. It isn’t as quick as a OnePlus 5T, but we noticed no lags during our time with it. The animations are a bit slow and there’s a noticeable delay in transitioning between various menus. However, with 6GB of RAM, the A8+ doesn’t stutter — it manages to keep multiple apps and games active in the background without issues. Do note that the GPU doesn’t manage to bear graphics-intensive titles with ease, which results in lower-resolution textures despite high frame rates. 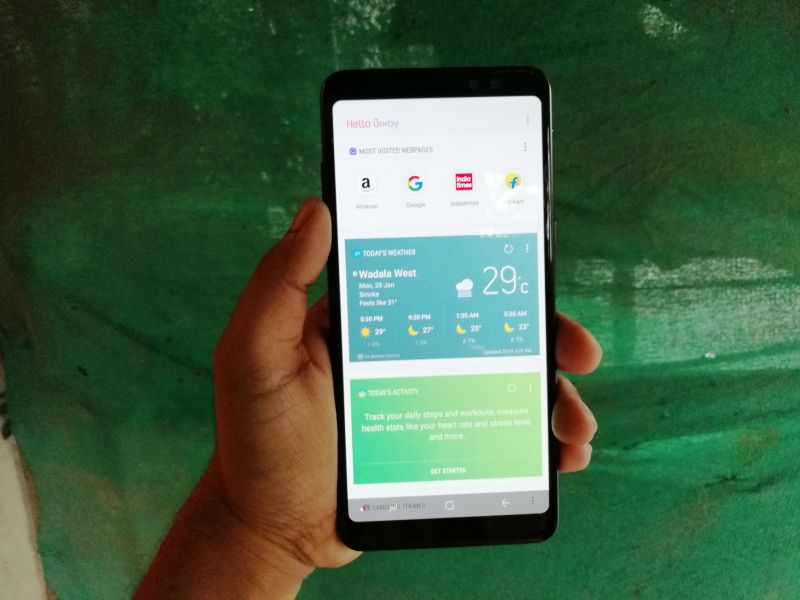 The software also comes with certain special features, with one of them being the presence of Samsung’s AI-assistant Bixby. We saw Bixby trying to compete with Google Assistant on the Galaxy S8 and Note 8, and were satisfied with Samsung’s AI efforts had to offer. On the A8+, Samsung offers a stripped-down version of Bixby with no voice recognition and translation features. 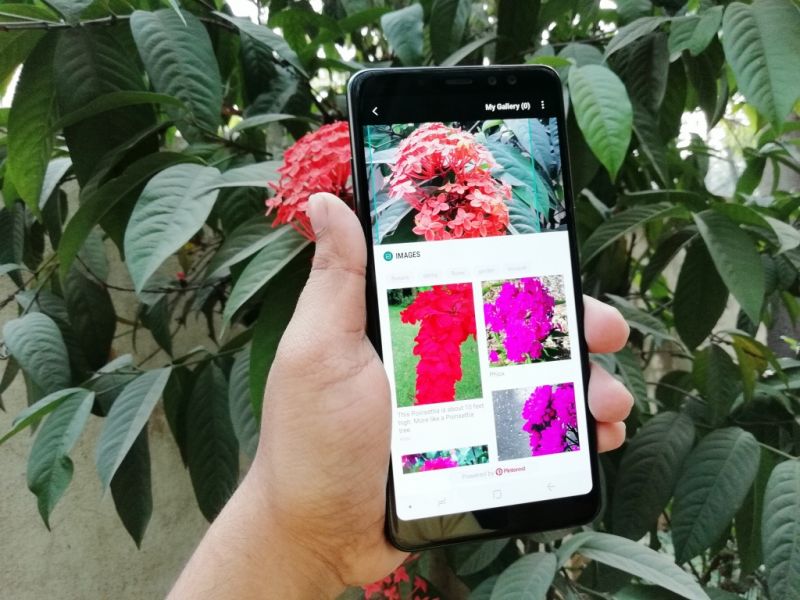 In fact, Bixby on the A8+ is merely a side-screen timeline that shows notifications from various apps and services. We feel that Samsung lost out on a great opportunity to bring an established AI feature to this segment. Nonetheless, it does analyse the usage patterns over the course of time and offers certain system-level customisations. Bixby’s image recognition feature is retained here and it works as intended (although you have to access it through the camera app). 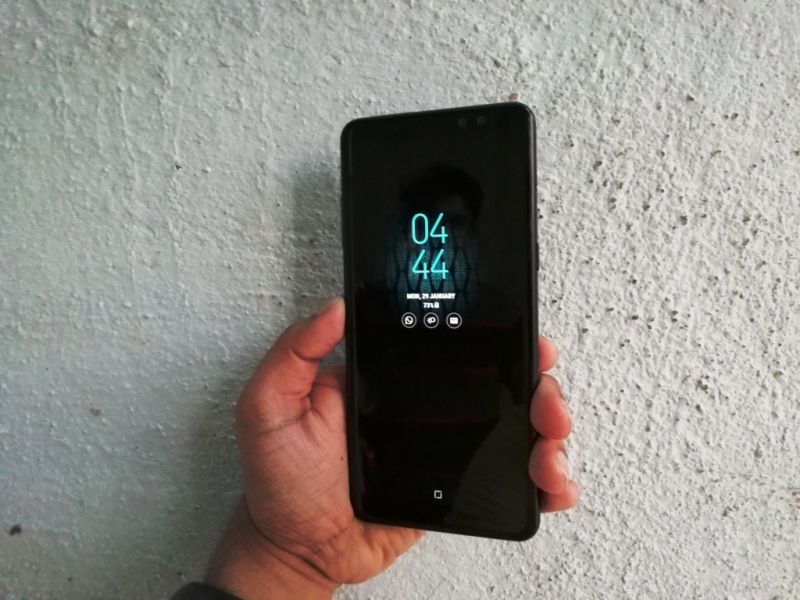 Another feature that made its way into our favourites list is the ‘Always-On Display’, which proved itself as nifty feature showing time, notifications and music controls. Additionally, Samsung Connect makes it easy for you to effortlessly manage all connected audio accessories — whether wired or wireless (we found switching audio output between multiple Bluetooth speakers as well as wired headphones without pausing music extremely convenient). 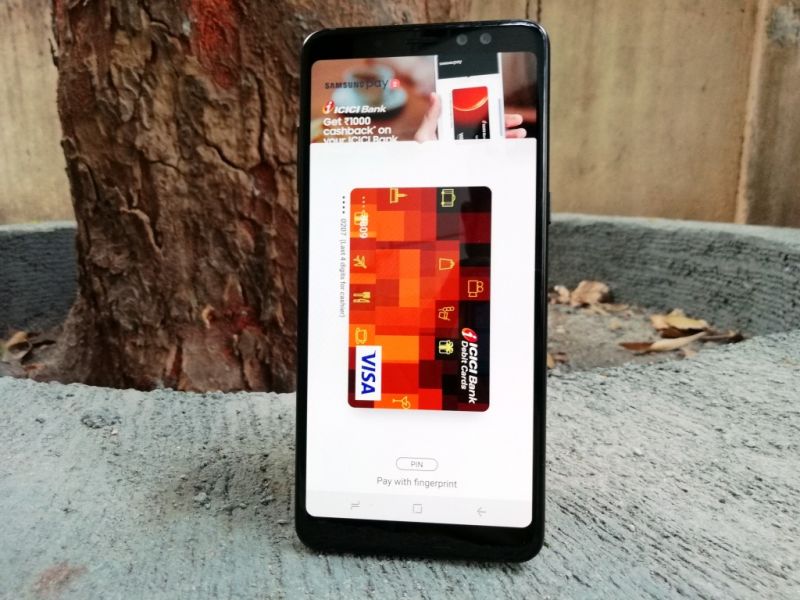 However, Samsung also includes exclusive convenience features that its rivals don't offer. For starters, the Samsung Pass feature allows you to make use of all the biometric sensors on board for logging in to social media account securely. The passwords are stored onboard, and encrypted, thanks to Samsung's strong military-standard Knox protection. Then there's Samsung Pay, which makes using credit/debit cards easier on the move. All you have to do is register your card and a simple swipe up from any screen to carry out your transactions. Also, there's a face unlock feature like one on a OnePlus 5T or a Honor View 10. However, Samsung's implementation of facial recognition isn't as practical as that of OnePlus' — it reacts slowly and works primarily in daylight.

Despite its notable performance abilities, Samsung markets the A8+ as a selfie-focused camera smartphone. There’s a 16MP + 8MP dual camera at the front with an aperture of f/1.9. This setup allows you to capture great looking selfies with ample details and vibrant colours, even in low-light ambience. With the Live Focus mode enabled, it takes good-looking portrait shots with a clear distinction between the foreground and background. We wished Samsung pushed a similar dual camera setup for the rear as well. Here's a sample of the front camera's result in low-light, with Live Focus enabled. 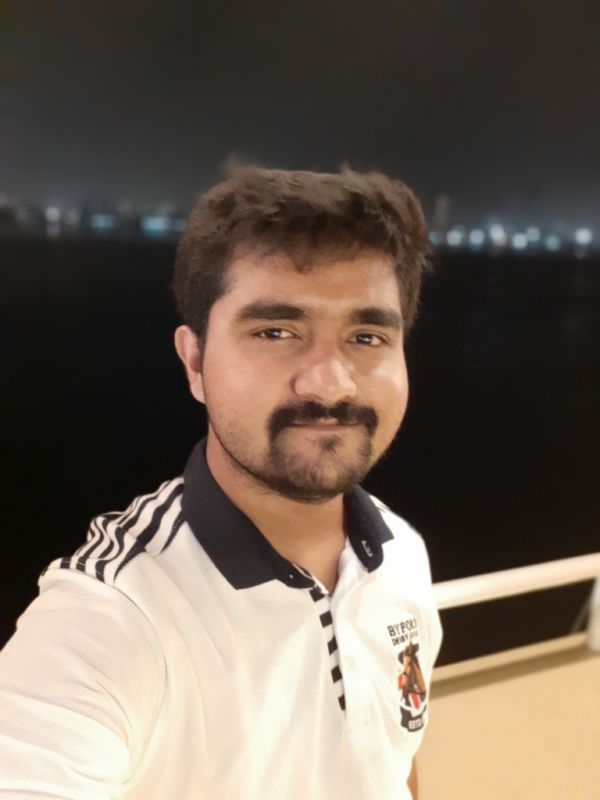 But that doesn’t mean the rear camera is incapable in any sense. The 16MP sensor with an aperture of f/1.7 is nearly as good as the Galaxy S8’s camera. The pictures have negligible noise in low light scenarios and manage to retain natural colours in all lighting conditions. However, the pictures don’t entertain enough details as one would expect on a smartphone of this price range. We noticed that the photos develop a strange ‘glowing effect’, which makes it good for the ‘Instagram crowd’, but hurts those looking for natural and crisp shots. The only way to reduce this glowing effect is to reduce the exposure manually. Samsung should fix the overexposure issue with a software update in the future. 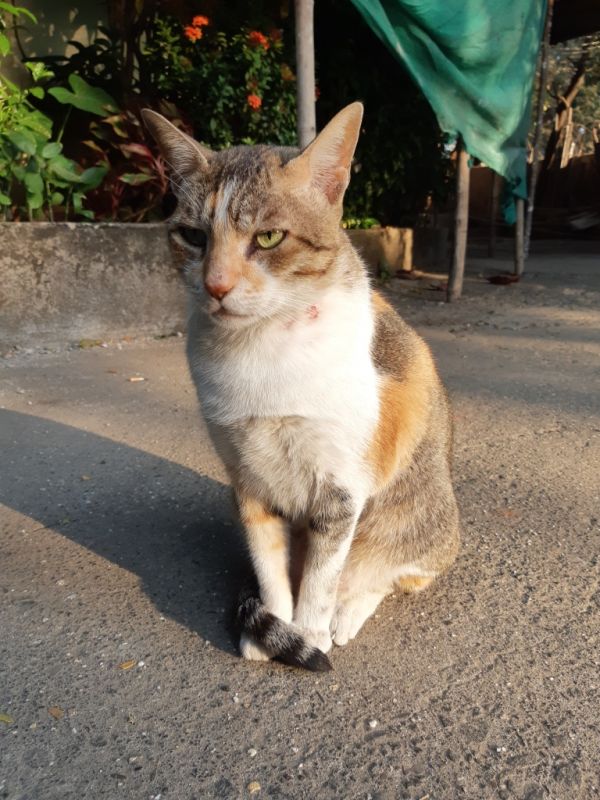 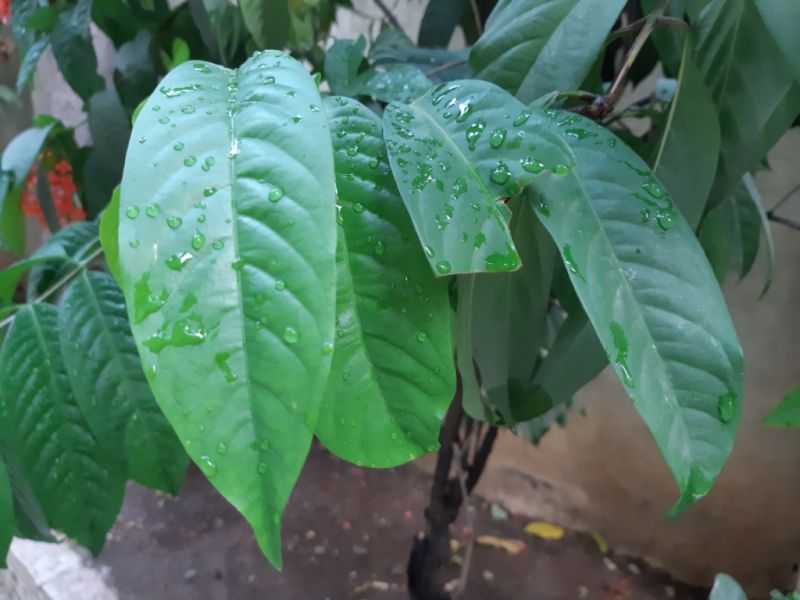 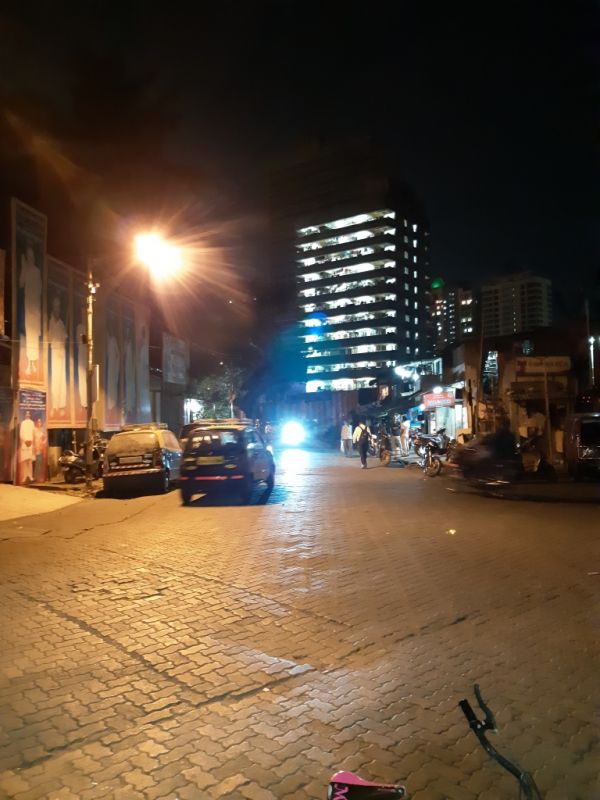 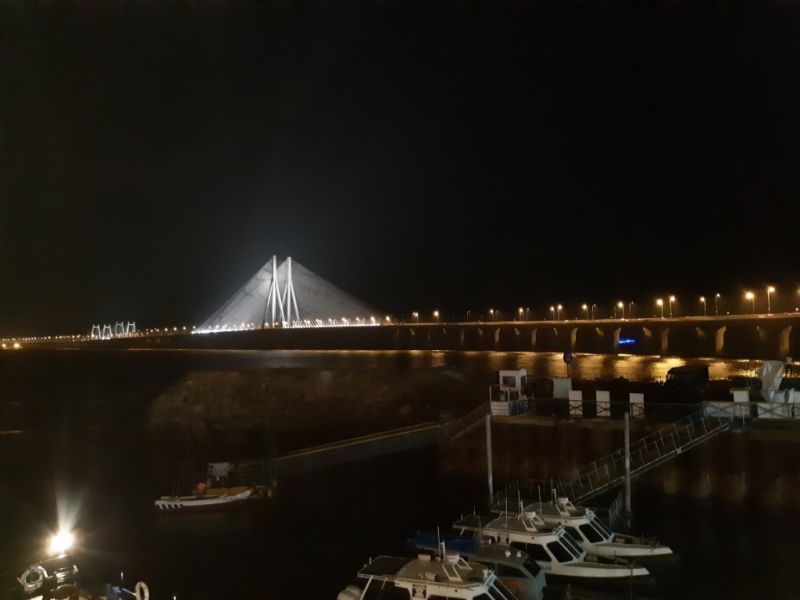 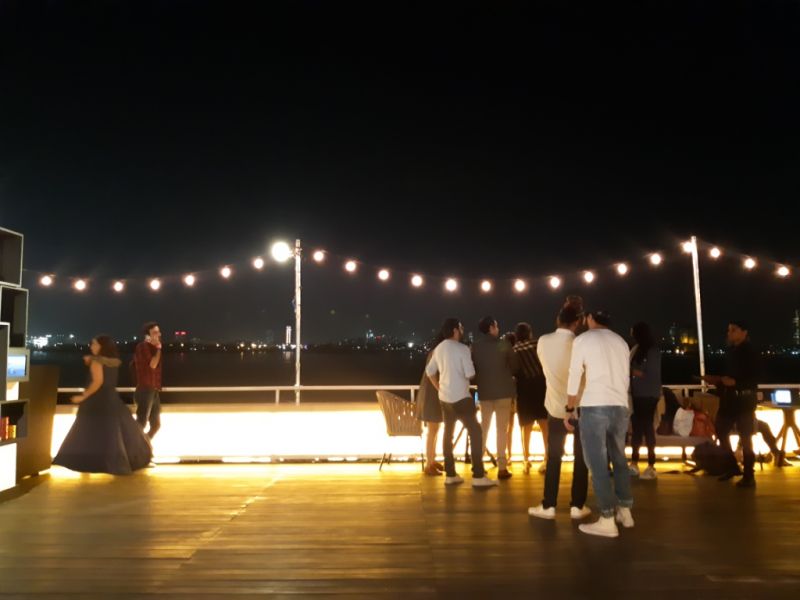 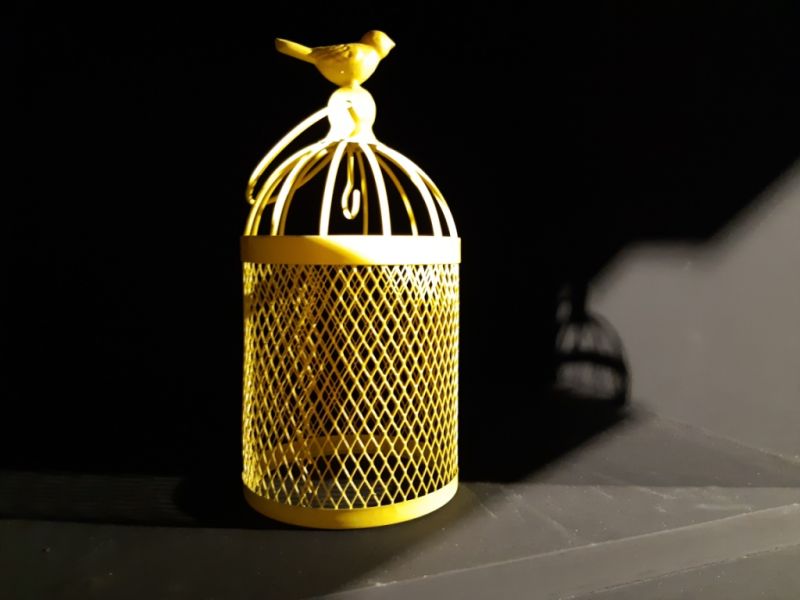 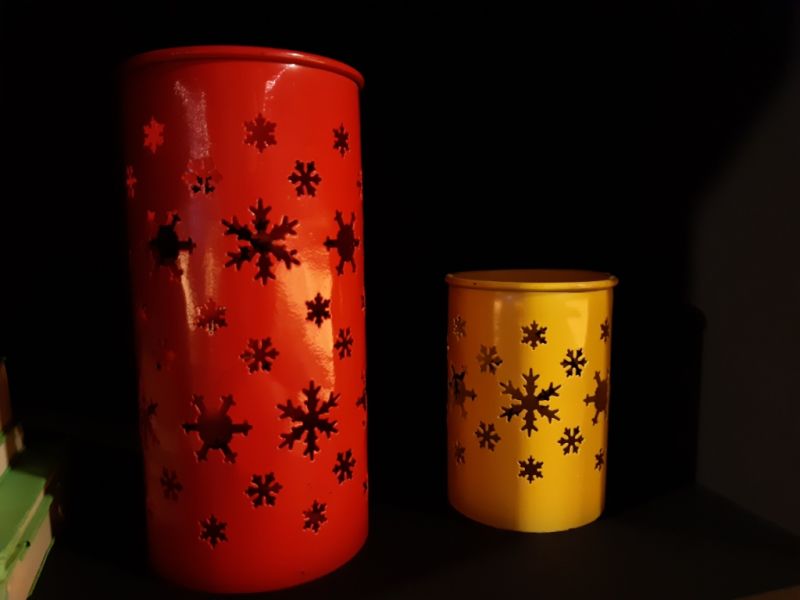 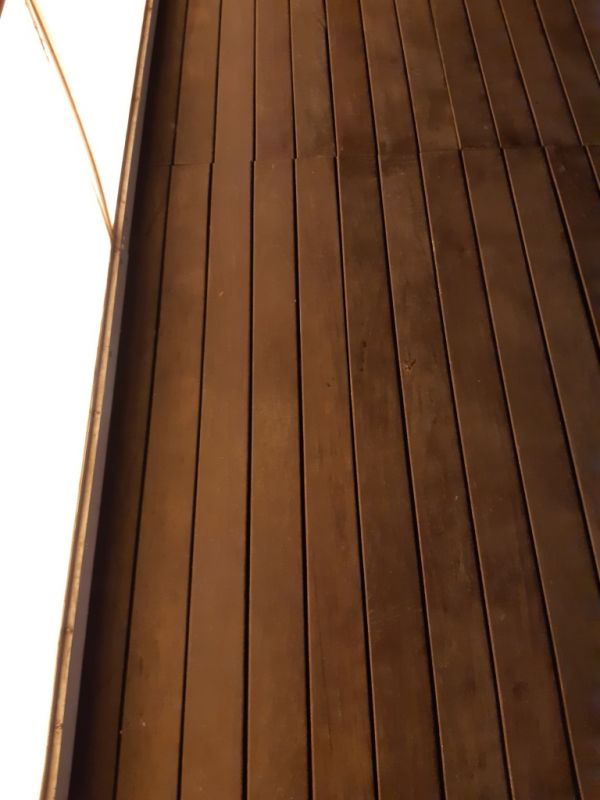 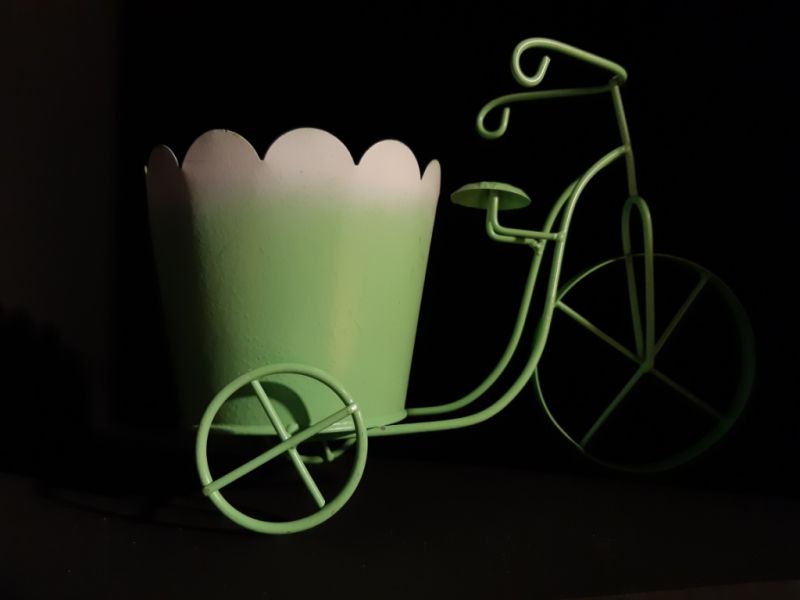 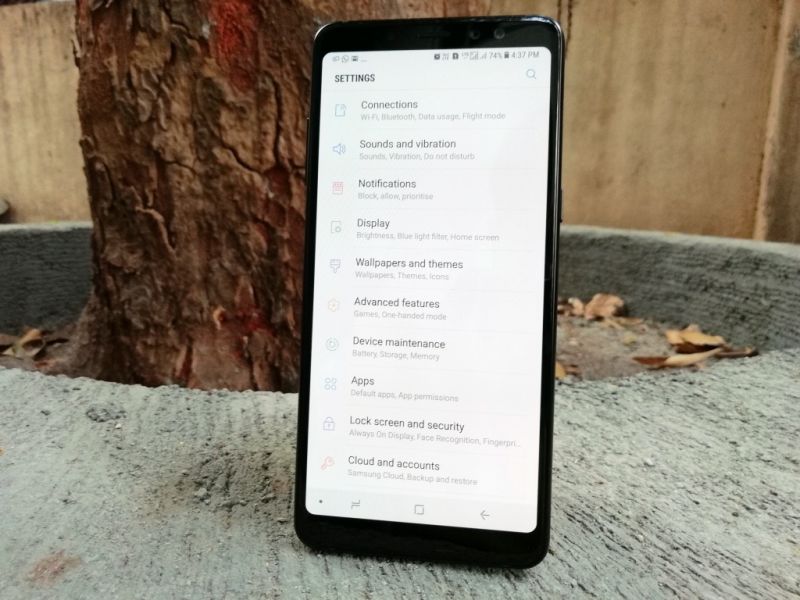 With a 3500mAh power resource the Galaxy A8+ delivers appreciable results considering its hardware package. With moderate texting, streaming music over Bluetooth devices, surfing YouTube, clicking photos and keeping the Always-On Display active, we managed to extract a maximum of a day’s backup. With Samsung’s Adaptive Fast Charging on board, one can top up the battery from 50 per cent in about 30 minutes, thus making this a no-brainer for those looking to carry a high mileage device. 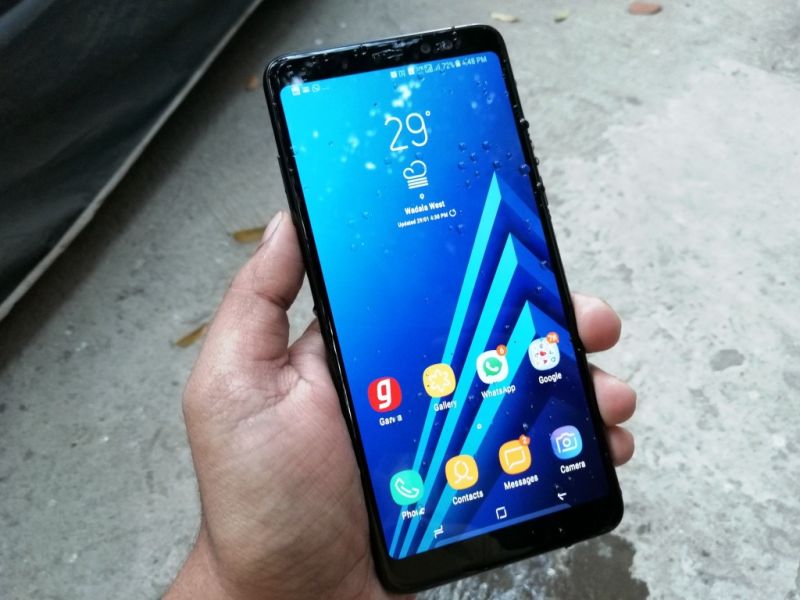 If you are looking for a premium smartphone that manages to strike a balance between design, performance, camera and battery, then the Samsung Galaxy A8+ (2018) should be on top of your list. The Galaxy Note 8-inspired looks, Samsung Pay and the dual selfie camera are the features that make it stand apart from the competition. It doesn’t manage to shine like the OnePlus 5T or the Honor View 10 when it comes to raw performance, but is the one to go if you want the best of all premium smartphone features along with Samsung' brand legacy and Samsung' after-sales service for a sensible price.

We got interested in Mars in the 1960s and sent 40 missions since; here’s a lookback

After nine satellites and a man in space, UAE prepares to send ‘Hope’ to Mars