New assets and strings found in iOS 13 beta 3 suggest Apple is working on a way to transfer data from another iOS device directly, using a cable.

iOS 13 was announced at the WWDC event in June and with the third developer, Beta released new features are showing up which gives us an insight into some of the attributes that will definitely come along with the upcoming iPhone 11.

According to a report by 9to5Mac, Apple has released the third developer beta versions of iOS 13, iPadOS 13, tvOS 13, watchOS 6 and macOS Catalina. The report adds that while most beta version usually centres around performance improvements and bug fixes, it isn’t uncommon that new features show up.

9to5Mac observed that in iOS 13 Beta 3, new assets in the Setup app shows that Apple is working on a new way to transfer data between two iPhones. When setting up a new iPhone, you can restore it in two ways — iTunes Backup or iCloud Backup. The latter option can be hastened by having another iOS device nearby the new one and logged in to your Apple account. This enables data to be transferred wirelessly.

The report states, “New assets and strings found in iOS 13 beta 3 suggest Apple is working on a way to transfer data from another iOS device directly, using a cable. One of the assets shows an image of two iPhones connected to each other using a cable. It’s unclear how this could be achieved exactly given that current iPhones feature a Lightning port and Apple does not offer a Lightning-to-Lightning cable.” 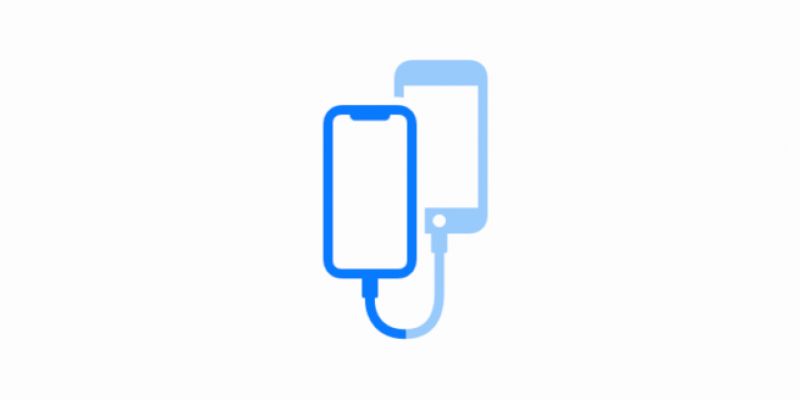 The Apple-dedicated website states, “We tried to make the new transfer options appear on a device running iOS 13 developer beta 3 by resetting the device and doing the setup process manually, but no new options showed up.” There is a high possibility that the new data transfer methods are not yet ready or it could be made for unreleased devices like the iPhone 11.