Xiaomi has been known as the Apple of China, purely for its close resemblance in terms of looks and build with all of Apple’s products. The Chinese tech giant has been known for aggressively selling top notch products with low and affordable prices as it believes to pass on the revenue to the customer rather than blowing it up on advertisements. The company has been growing into popularity after it captured the second largest smartphone market in India. Xiaomi has also entered on the global platform with products being sold in the Asian market, in Brazil and soon in the other parts of the world.

But they are facing competition too—consumers still prefer to stay faithful to their older brands. To break this, Xiaomi has been launching many products in almost every segment to try stealing the top position in the smartphone market around the world. However, for this, they have to compete with top rivals such as Apple and Samsung. With Apple and Samsung soon to launch their next flagships in a few months, Xiaomi has to try all its might to get customers attracted to their products.

Samsung is soon launching the next flagship Galaxy Note 7 in a few months. While many swear by Samsung’s smartphones’ quality and hardware specifications, they are not very satisfied with their pricing. Taking advantage of this, Xiaomi could be launching the second edition of their successful Mi Note, the Note 2. This product is aimed to break the market of Samsung’s Note flagships with affordable prices and similar hardware as that of the Galaxy Note 7. 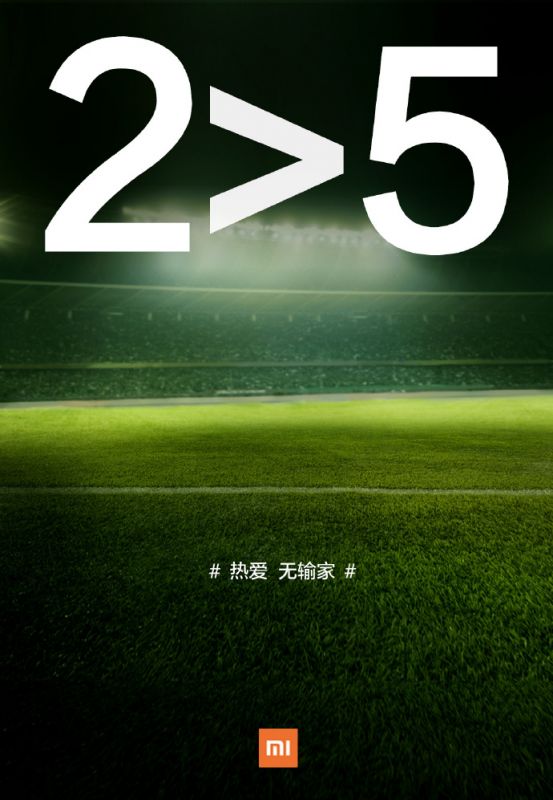 To confirm this launch, Xiaomi sent out a teaser about the launch of a product. However, they have not mentioned which is the product that will show up at the event. Through the image in the teaser, it seems as though the Mi Note 2 is scheduled to be unveiled.

The teaser mentions ‘2 > 5’ which could possibly mean that the Mi 2 will have a better performance as compared to the Mi 5 (the present most powerful handset with a SD 820 chipset). However, it is too early to confirm anything on this.

As for rumours, the Xiaomi Mi Note 2 will sport a 5.7-inch full HD display (also a 2K display on another variant), up to 6GB RAM and up to 128GB storage variants, 12MP camera, 4000mAh battery and a probable SD821 chipset. Other rumoured features include ultrasonic fingerprint scanning, Hi-Fi audio, and waterproof body. The Mi Note 2 is said to be marketed for a starting price of Rs 25,000 onwards.

For now, it’s too early to confirm anything on these rumoured specifications. We shall wait for Xiaomi to finally unveil the product soon.