A minute with this handset and you realise that Nokia still has a say in terms of design. The Nokia 8 screams Scandinavian aesthetics.
Rating:

For Nokia, this is not a comeback. After its Symbian platform failed to compete with Android and iOS devices, the Finnish company bet its farm on Windows Phone ecosystem. Unfortunately for Nokia, despite the excellent user interface, Windows Phone was held back by the scarcity of apps. It was in a catch-22 situation where consumers would not invest in a Nokia Lumia smartphone due to the less number of apps and the developers would not invest time due to the insignificant market share. Microsoft failed to get even popular apps such as Instagram and SnapChat on its platform in time. Soon enough, struggling to make profits, Nokia sold off its device division to Microsoft. Under the software giant's umbrella, Lumia phones gave a futile fight to the army of Android, before getting killed-off by Satya Nadella. This is how Nokia's mobile division ceased to exist. What we have now, is a Finnish company HMD Global with a license to use Nokia brand name on its Android smartphones. Rather than a comeback, this is more of a reincarnation. But, has HMD got the things right with its first flagship phone? 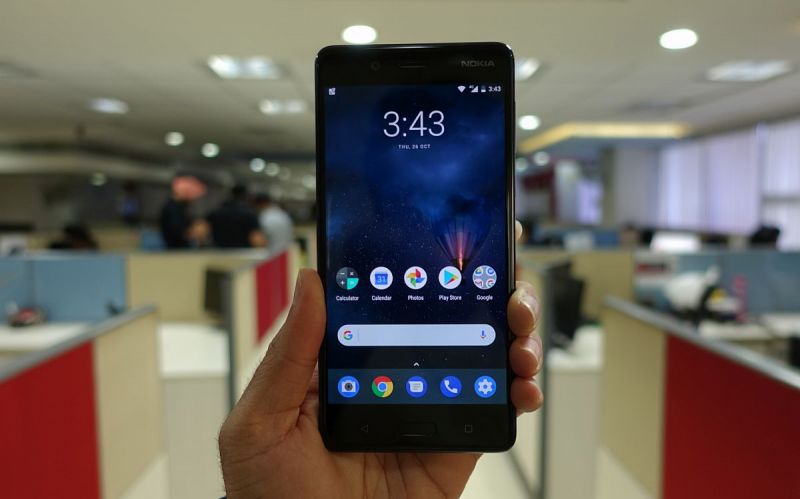 A minute with this handset and you realise that Nokia still has a say in terms of design. The Nokia 8 screams Scandinavian aesthetics. It has a minimal design language, backed by incredible attention to detail. HMD Global takes Nokia's reputation for sturdy build quite seriously. Each Nokia 8 handset starts its journey as a single block of aluminium. Using CNC (Computer Numerical Control) milling machine, the chassis is carved out. As a result, you get gentle curves and a seamless body. 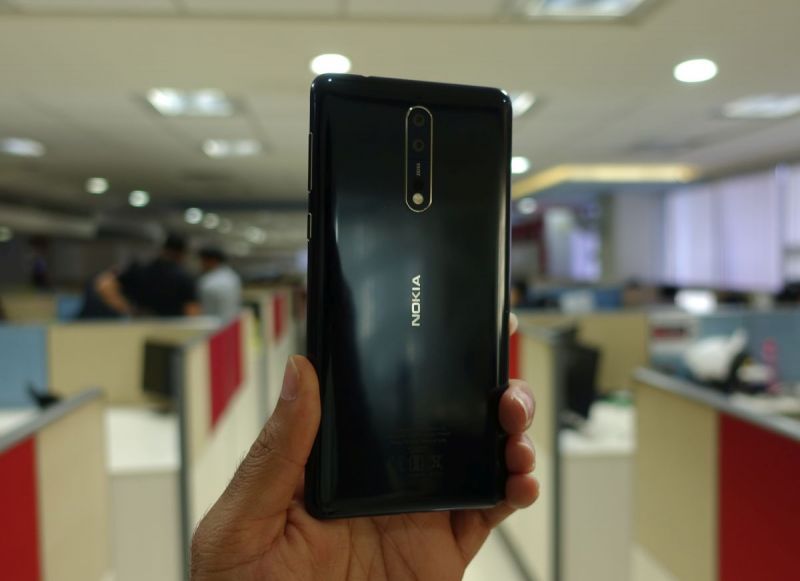 The handset then goes through a polishing process that may take up to 20 hours. It varies as the Nokia 8 comes in matte and mirror gloss finish. Blue is available in both, whereas copper is exclusive to mirror finish and steel are limited to matte. Copper stands out like no other, unfortunately though, it is not available in India yet, so I had to settle for a blue one. 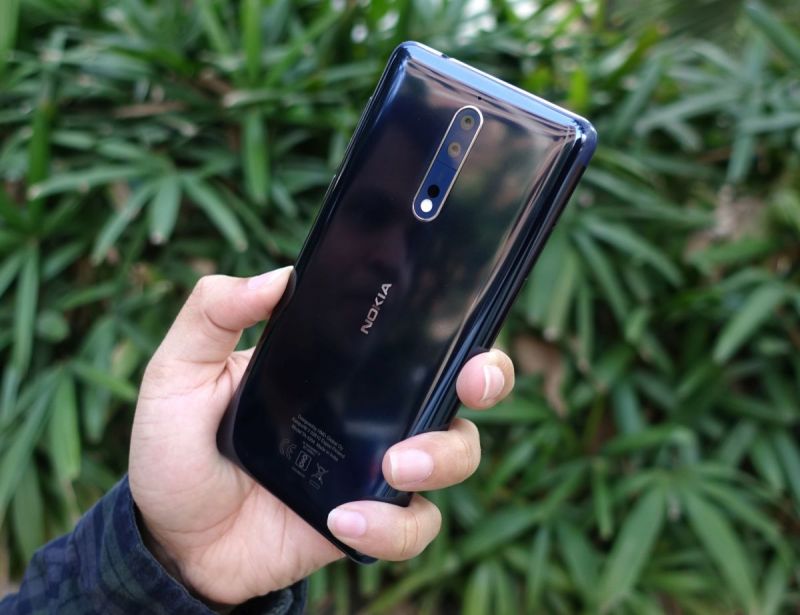 The mirror finish on the Nokia 8 reminds you of HTC's liquid surface. The build precision is excellent. The dual camera has an understated outline, which is quite reminiscent of the Lumia 800. The company has also done a good job of hiding the antennas. The Nokia 8 comes with IP54 certification. In simple words, the handset is dust and splash resistant. Be warned though, it is not fully waterproof. It can survive an accidental splash but don't dunk it in water. Considering that the similarly priced OnePlus 5 completely lacks water or dust resistance, Nokia 8 gets an edge. 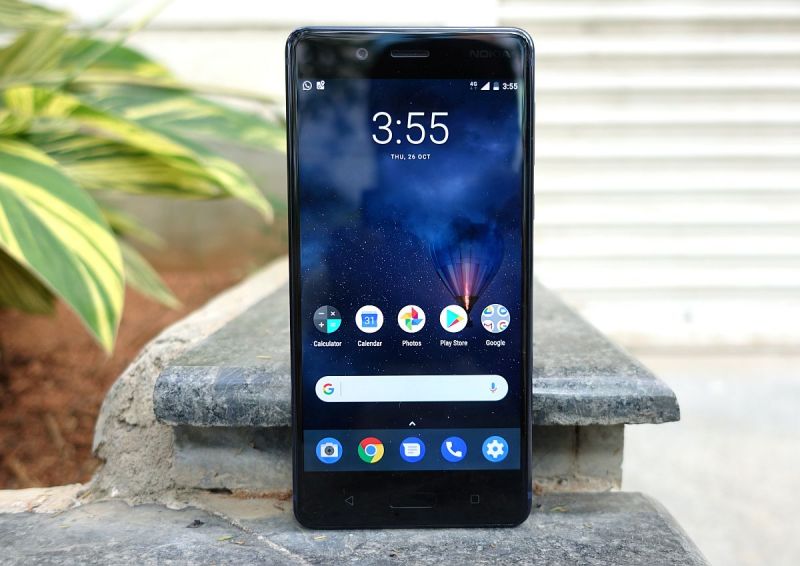 The Nokia 8 is an elegant handset with an impressive build. Unfortunately, that's not enough in a world where phones with incredibly thin bezels and curved edge screen exist. It is not fair to compare the Nokia 8 to Galaxy S8 due to the price difference, but that's a design benchmark now. Samsung, once known for churning out cheap plastic handsets, has come a long way. And to rule the Android throne, you must challenge the Korean giant's design prowess. Xiaomi managed to do so with the Mix 2, which falls in Nokia 8's price bracket. It is now time for HMD to follow the suit.

One of the best LCDs, but still can’t beat OLED

The Nokia 8 sports a compact 5.3-inch screen. The IPS (In Pane Switching) panel packs-in 1440 x 2560 pixels. Nokia has delivered a super sharp screen with pixel density of over 550ppi. It is also one of the brightest screens in the market. Add Nokia's polarised filter to the mix, and you get a screen that retains legibility even under direct sunlight.

For an LCD, the panel does a good job at colour reproduction. However, this technology has its limitations, and cannot come anywhere near OLED panels in terms of quality. Due to the backlight, colours tend to look washed out especially if you are used to AMOLEDs. On paper, the Nokia 8's 2K screen beats OnePlus 5's Full HD panel. However, numbers don't always reveal the full picture. With rich colours and perfect blacks, I found the OnePlus 5's screen to be much better than Nokia's pixel-packed display. 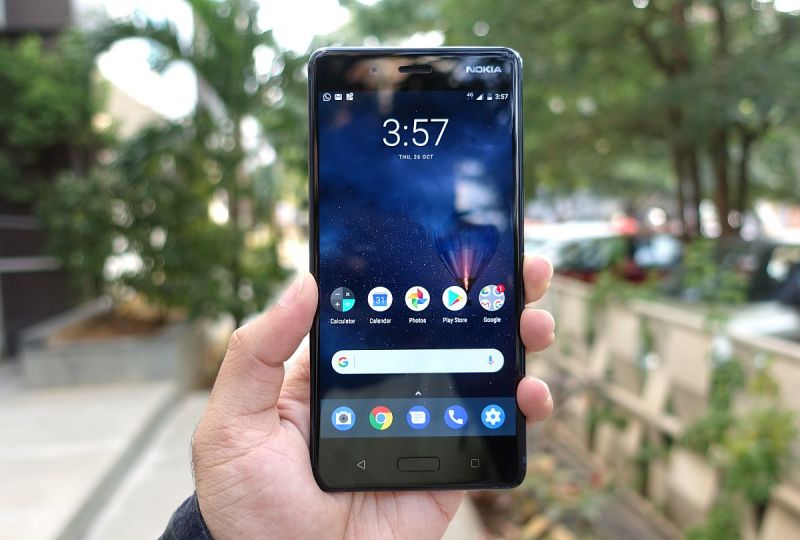 Complementing the hardware design, HMD Global has decided to keep things minimal with the user interface. What you get is almost stock Android. It has no bloat, but HMD has made minor changes such as painting all the icons in Nokia blue. I like this colour, but even if you don't, you must live with it as there's no option to amend any change.

I have always despised how Android app icons lack uniformity in terms of shape and size. So, it is nice to see HMD make all the system icons circular. The home screen looks neat out of the box. But, once you start installing more apps, you realise that the circular icon scheme does not cover third-party apps. In the end, you are left with irregular icons. 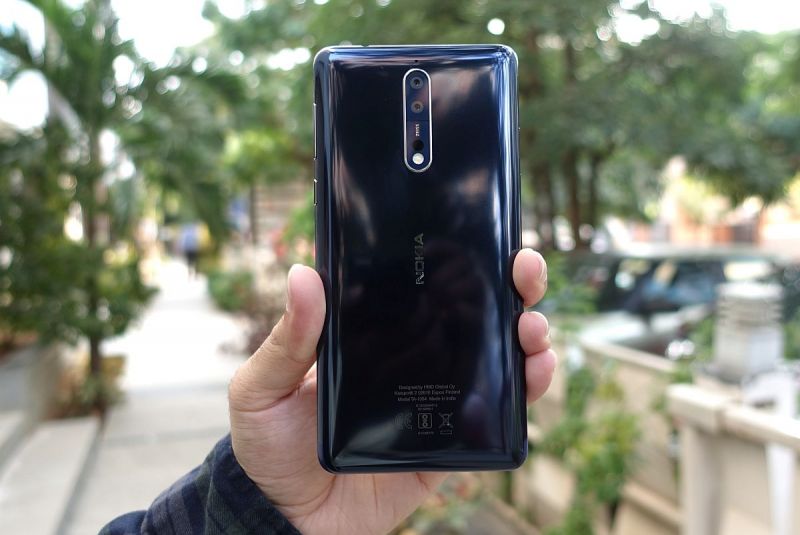 Going with stock Android has its share of advantages. For starters, Nokia gets to push updates quickly compared to the customised skins such as the TouchWiz and MIUI. By signing up for Nokia's beta labs, you can get early access to Android Oreo too.

HMD seems to have learned from Nokia's mistakes. Unlike the yesteryear's Nokia that always skimmed on specs, HDM has gone all out in terms of raw power. The Nokia 8 is powered by Qualcomm's Snapdragon 835 chipset. It is the same chip found in top-tier phones. Armed with 4GB RAM, the Nokia 8 handles multitasking with an ease. Be it menu navigation or switching between apps, the phone puts out impressive performance. In fact, I found it to be more responsive than the Galaxy S8 and HTC U11, which is a big deal.

HMD boasts about engineering a full-length graphite shielded copper cooling pipe inside the phone to dissipate heat generated by the processor. I can tell the efforts paid off as the phone does not heat up even after hours of gaming. The Nokia 8 does not let you down when it comes to its primary job — connecting people. During my usage, the phone never had trouble with network reception. Other radios such as Wi-Fi and Bluetooth also work as they should. No anomaly to report here.

Unlike most flagship phones, the Nokia 8 has not bid adieu to the 3.5mm jack. This is undoubtedly a very good thing as your earphones collection is compatible with this handset.

Nokia was the first company to introduce OIS (Optical Image Stabilisation) to smartphone cameras with its Lumia 920. Obviously, the Nokia 8 comes equipped with that. What's more, HMD has kept the Zeiss optics partnership going. The phone does not leave out on the latest dual-lens camera trend either. 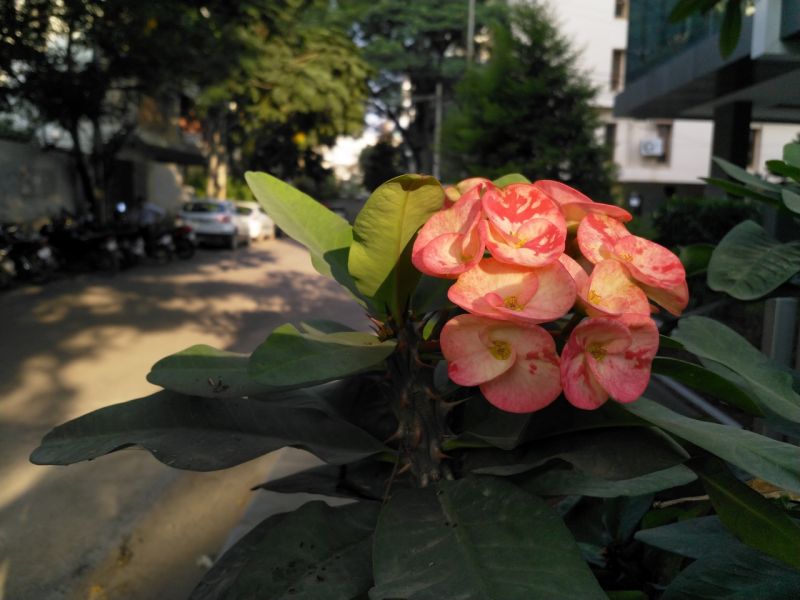 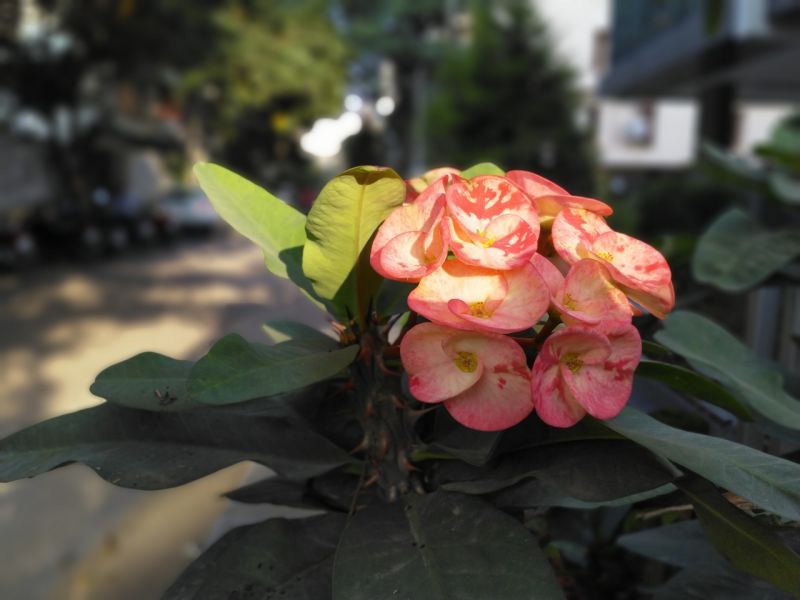 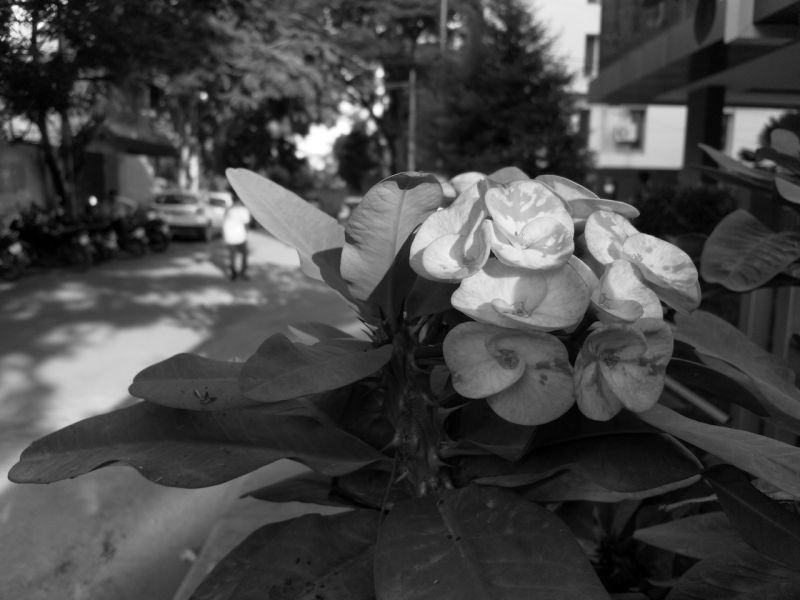 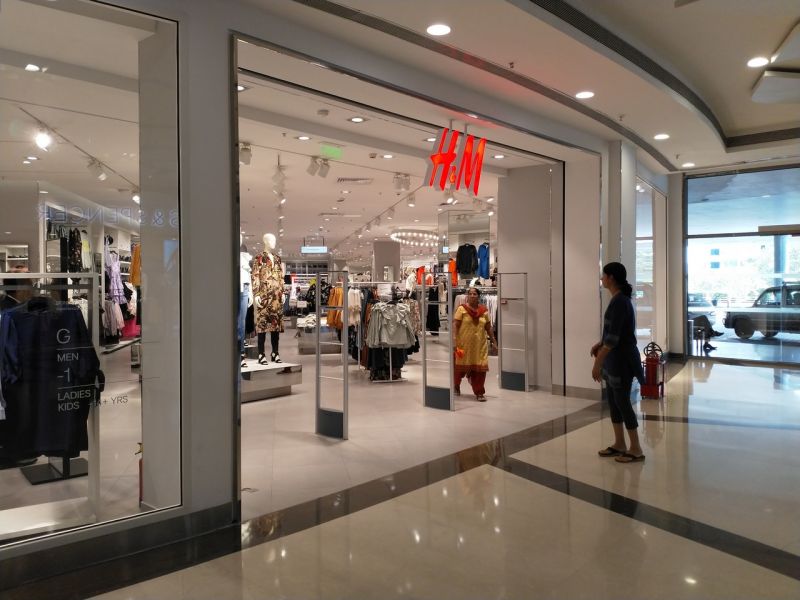 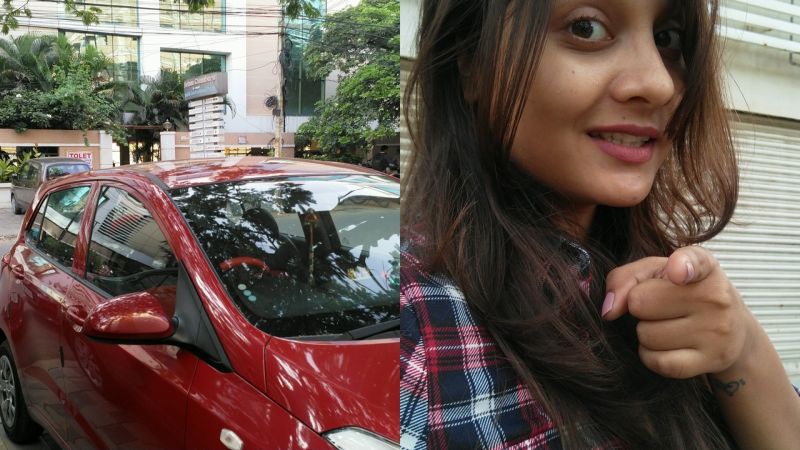 The Nokia 8 features a 13-megapixel RGB sensor accompanied by another 13-megapixel monochrome sensor. The latter capture depth information for bokeh effect. It can also be used for taking artsy monochrome shots. The rear camera has a dual tone flash. I prefer not t use flash at all, as it flattens a photograph.

As mentioned earlier, HMD has refrained from making changes to Android. An exception being the camera app. The customized interface offers access to Auto, Manual, and Bokeh mode. While it offers plenty of options, the presentation is not that good. I would have loved to see Nokia's intuitive Lumia Camera interface on this handset. Come on HMD, Lenovo has aped it anyway.

As for the quality, the Nokia 8 shoots great pictures in daylight. You get plenty of detail in a photograph. The colours look natural. Thanks to the OIS (optical Image Stabilisation), the camera also performs well in low-light. Though, don't expect it to be exceptionally good like the Galaxy S8. It is also not very quick in low-light shots. Probably because it uses the slow shutter to capture more light. In good lighting conditions, the bokeh effect works wonders. You will be fooled into thinking that this level of accuracy in shallow depth of field has been achieved using a DSLR camera.

The selfie camera is good too. This 13-megapixel module matches the main camera in most scenarios. The only thing it lacks is OIS for obvious reasons.

The much-hyped Dual Sight camera mode is interesting. it lets you capture from the front and rear cameras simultaneously. It is ideal for narcissist people who like to stick their face on every image. The feature works as promised. But it takes a while before you get used to framing such shots.

The Nokia 8 records 4K video at 30fps. Of course, you can go with more conventional Full HD or HD mode to go easy on storage. The resulting clips offer steady and smooth framerate. More importantly, OIS does a great job at stabilising the videos.

Nokia's OZO technology deploys an array of microphones to capture spatial audio. To experience that you need compatible earphones though. The Dual Sigh feature also works in video mode. It is a neat tool for video bloggers.

The Nokia 8 packs in a 3090mAh battery. On a single charge, it easily takes you through a day. backed by Qualcomm's Quick Charge 3 technology, the battery takes slightly over an hour to get fully charged.

Flagship phones have always been expensive. Using it as an opportunity, Chinese company OnePlus offered high-performance phones at relatively affordable prices. These phones would pack in the same chipset as that of expensive Android phones from HTC and Samsung, and sell it for 20k to 25k less. And with the Nokia 8, HMD is giving the OnePlus 5 a taste of its own medicine. 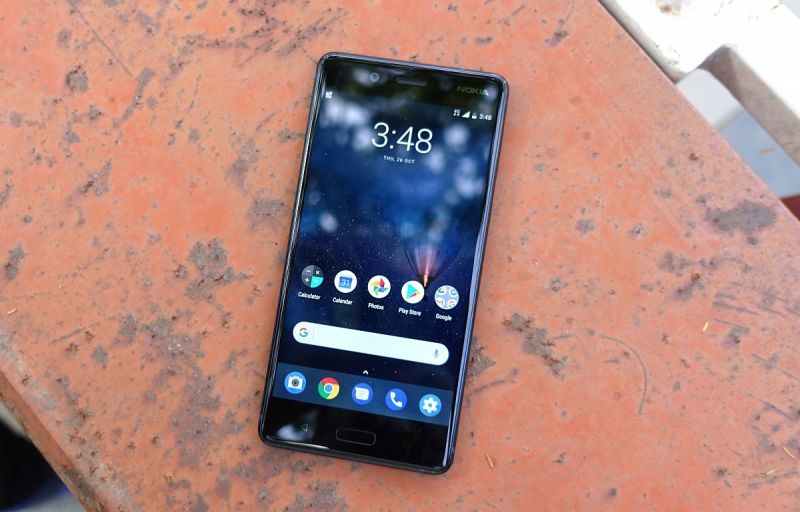 For a couple of grand extra, Nokia is offering a beautifully crafted handset. Seriously, in terms of design, the OnePlus 5 has no chance against the Nokia 8. The latter also offers a Splash resistant body that the OnePlus 5 lacks. The Very stable software is another positive for Nokia's offering. A stunning AMOLED screen is the only thing where the OnePlus scores over Nokia. All things considered though, the Nokia 8 is a new flagship killer in town.