Samsung Galaxy M30s review: Samsung’s back in the mid-range game

With cut-throat competition in the segment, Samsung resurrects their M-series king, the M30s, taking all the good stuff from the M30 and adding more to get back in the modern mid-range game.
Rating:

The Galaxy M30 was a solid mid-ranger. It combined good looks, an AMOLED screen, a dew-drop notch, good performance and decent camera performance for the price, and we feel it played a key role in bringing Samsung back to relevance when it came to the crucial Rs 10k to Rs 15k bracket. However, it’s been over six months since the M30 made its debut, and that kind of time is a long period in the world of smartphones; enough to make the latest specs seem medieval.

With cut-throat competition in the segment, Samsung resurrects their M-series king, the M30s, taking all the good stuff from the M30 and adding more to get back in the modern mid-range game. The M30s comes with an interesting spec sheet. The phone now comes with a monstrous 6,000mAh battery, a faster Exynos 9611 octa-core processor and upgraded camera optics, including the 48MP sensor everyone has been dishing out. The brand still retains the 6.4-inch AMOLED screen from the M30 though. It is just an ‘S’ sized update after all.

We review the device to determine what the phone gets right and what it doesn’t and try to evaluate how good of an update the M30s is over the popular M30.

The M30s is a well-designed phone on the inside, but the outside leaves the user wanting more. The M30s adds a 6,000mah battery along with other new improvements in the hood but the weight of the phone is still pretty light at just 188 grams, just 14 grams more than the M30. What’s more astonishing is that the dimensions of the M30s and M30 are identical except the extra 0.4mm thickness, bringing the total to 8.9mm. 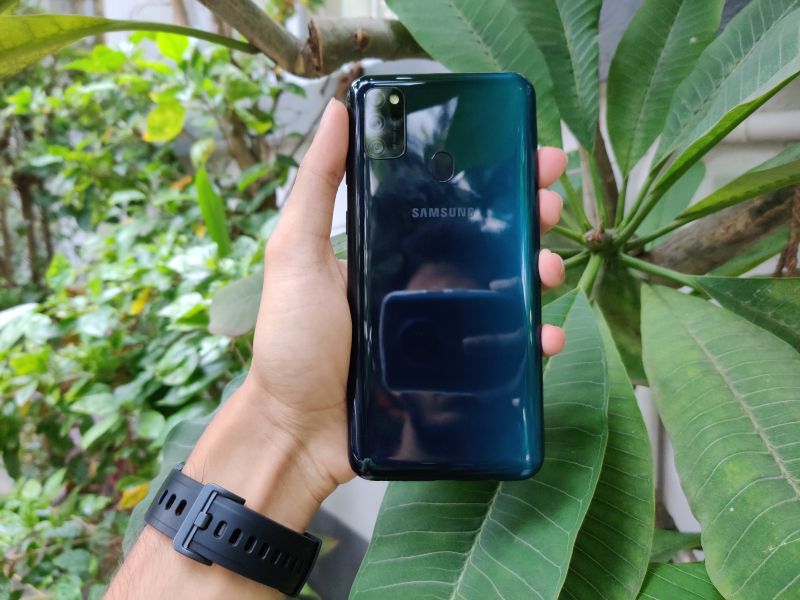 The Galaxy M30s features a shiny two-tone gradient back.

But here’s what you lose out on for all that weight-reduction. The Galaxy M30s for some reason ditches the solid and sturdy build of the tank-like M30 for a polycarbonate back. The back looks good with a horizontal gradient, but that’s about all the good we can say. The unit we have creaks on all four edges at certain points and the feel of confident sturdiness from the M30 is simply gone. To add to the injury, the phone also doesn't ship with a TPU case like most phones these days. Buying a good case is crucial with the M30s. 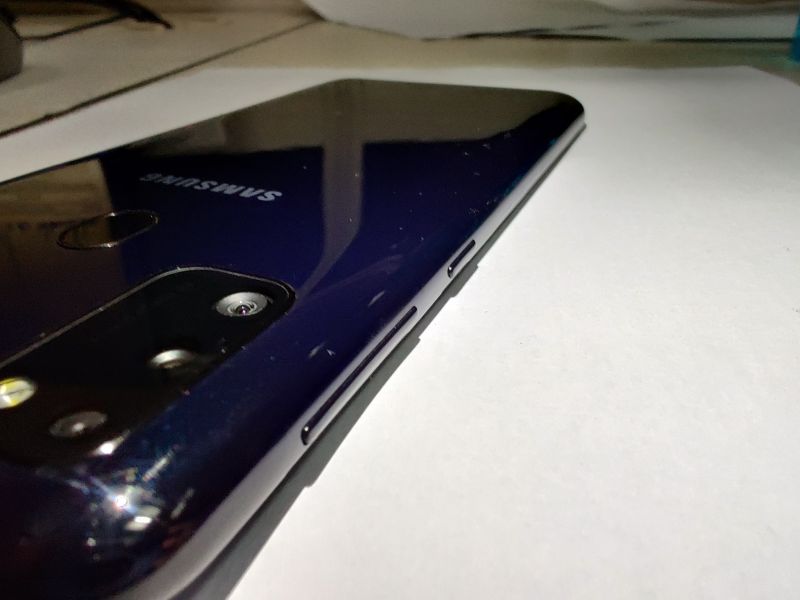 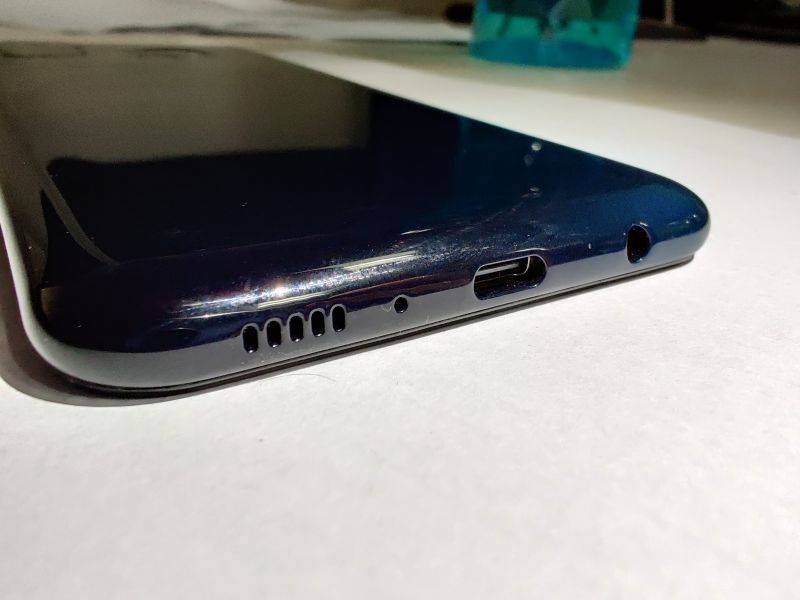 The position of various elements remains the same here. There is an infinity-U notch on the centre of the screen up top. The top houses the secondary microphone, while the bottom has the 3.5mm jack, USB-C port, primary microphone and speaker grille. The left edge only has the SIM slot, and the right has the volume rockers, followed by a power button below them. Things get interesting on the back. While the fingerprint sensor remains on the back above the Samsung logo, there is a new rectangular camera module on the left. 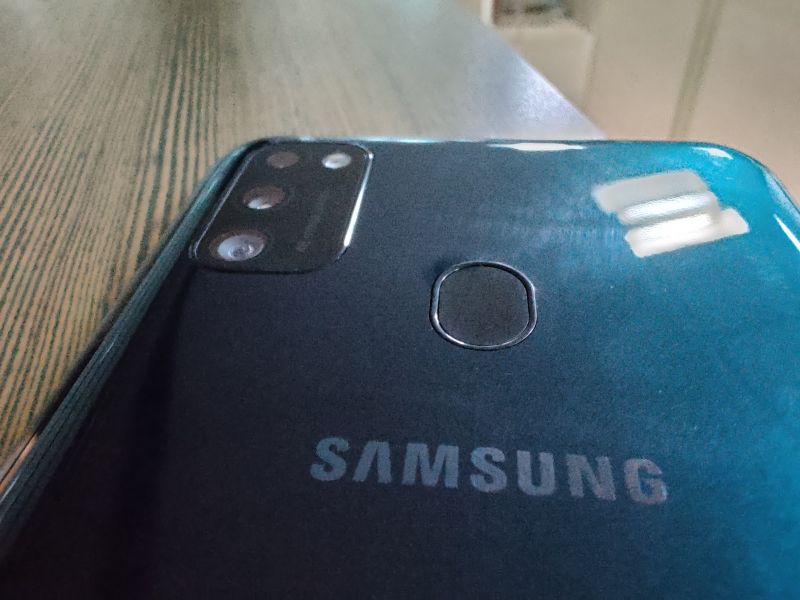 Samsung Galaxy M30s keeps the fingerprint on the back of the phone.

The fingerprint is not under the screen here despite it being the trend, and despite the phone having an AMOLED display, but then that helps keep the price of the phone down. The fingerprint sensor on the back is super fast and accurate as well. It still utilises the swipe to register feature where multiple taps on the sensor to register your fingerprint are replaced with a few simple swipes.

The screen on the M30s is almost the same one used on the M30. It seems to be one of the few things the brand does not change drastically on ‘S’ level upgrades since the A50s we recently reviewed also packed the same screen from the A50. However, as we said in the A50s review, that in no way is a bad thing since the display on the M30s, like its predecessor, is excellent. 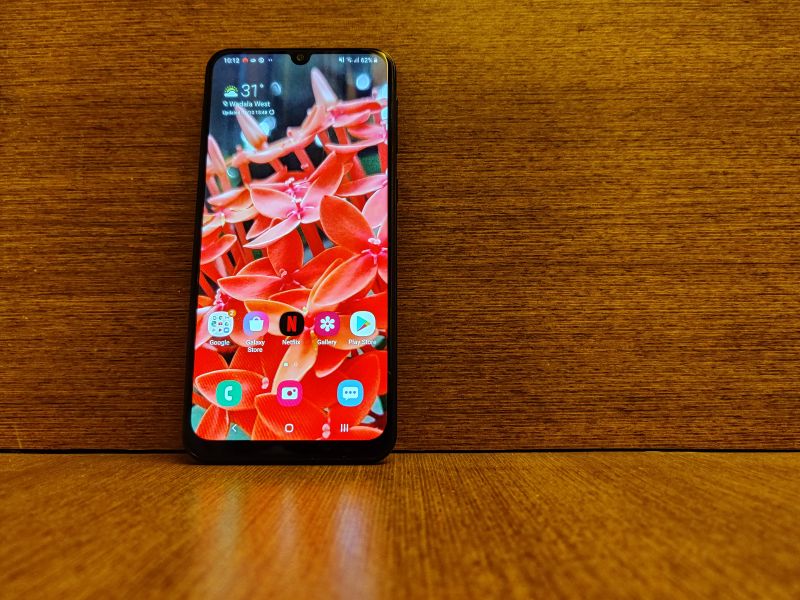 With a slight bump in resolution, the new 1080x2340 screen offers a little more PPI at 403, compared to the 394 PPI on the M30. Still a super AMOLED panel, the screen offers super crisp text, deep and punchy colours, excellent viewing angles—everything you’d expect from a mid-range Samsung screen. The infinity-U notch is not big enough to hamper full-screen experiences either. The brightness gets fairly high outdoors and visibility under sunlight is not an issue. A total thumbs up here.

The M30s comes with One UI, which is one of the custom UIs to love. Add Android 9.0 Pie to that and you have a well-optimised system that is both fast and pretty. The interface is clean and yet manages to be feature-packed. Having One UI on your phone essentially means that you get the same clean UI that is found on the higher end Galaxy S series and the Galaxy Note series. This means you get features like night mode, battery optimisations, Always-On display and loads of customisations that One UI has. The experience too is buttery smooth and despite the almost overwhelming set of tweaks here and there, the UI feels weightless when in use.

Bloatware is very minimal and completely uninstallable. Rather you can choose to install these apps when you set up the phone rather than them forcing themselves on your home screen.

Just like the A50s, the camera is a major area where the M30s shines over the older M30. The triple camera unit now has a 48MP Samsung sensor as the main lens accompanied by an 8MP wide-angle lens and a 5MP depth sensor. The front camera too is bumped up from 13MP to 16MP. 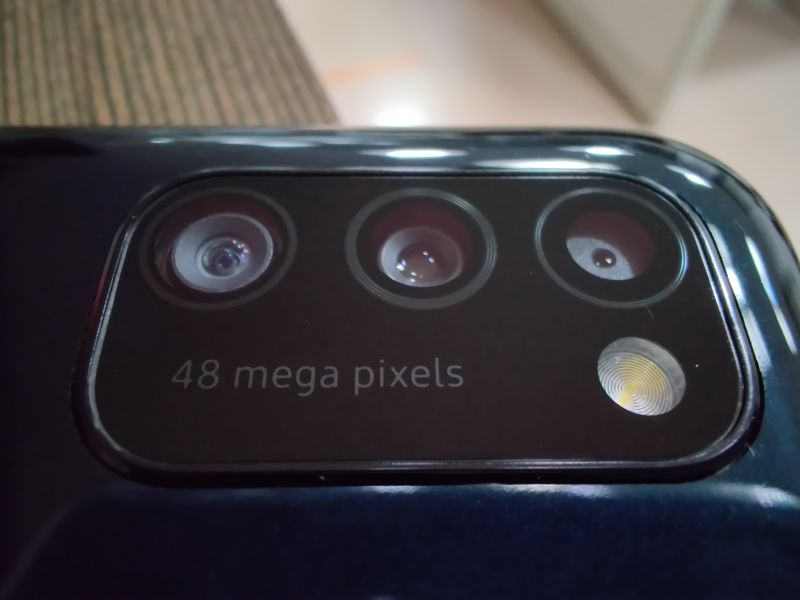 Samsung Galaxy M30s upgrades to the 48MP sensor along with an 8MP ultra-wide lens and a 5MP depth sensor. 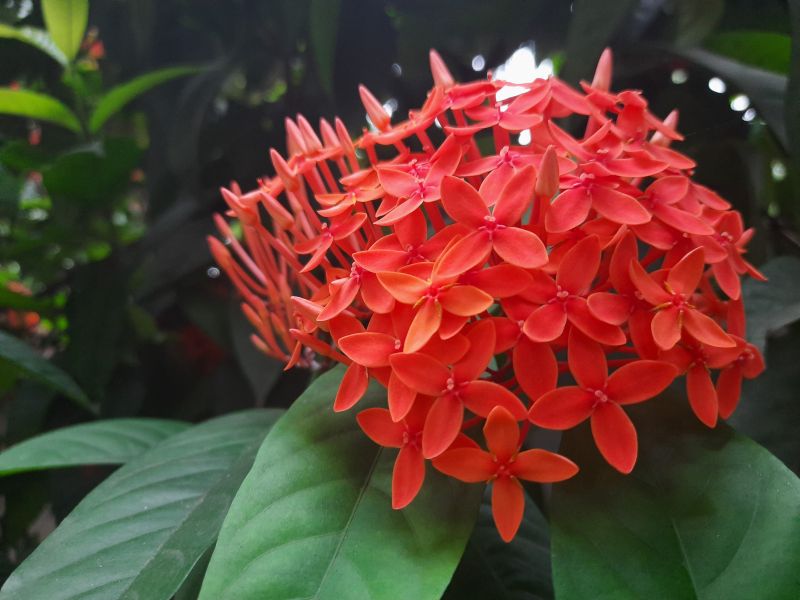 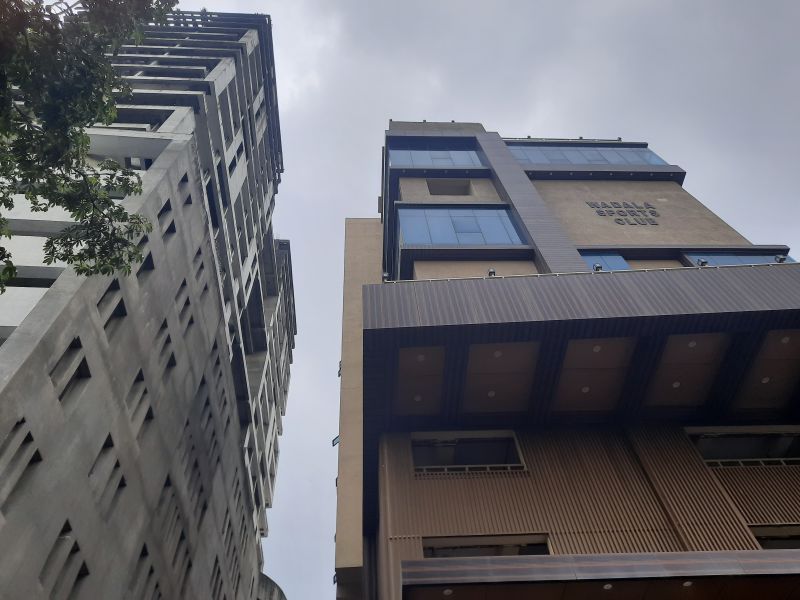 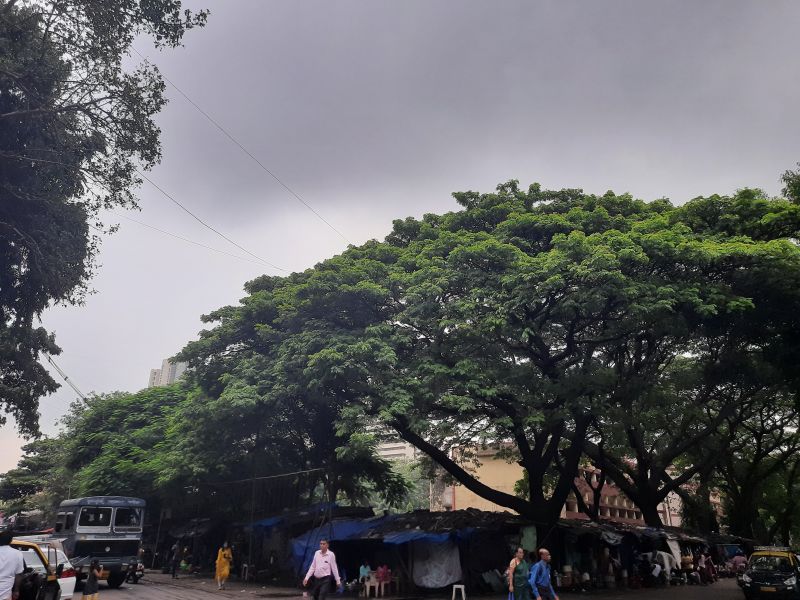 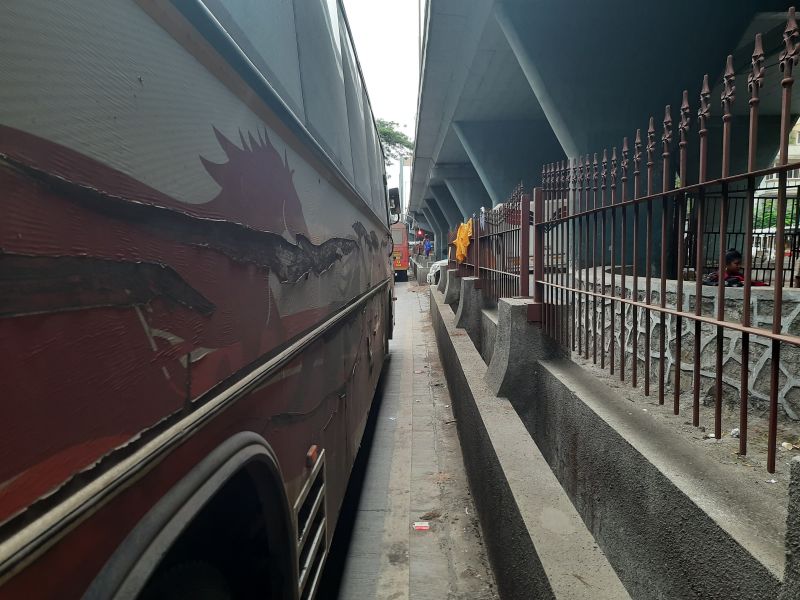 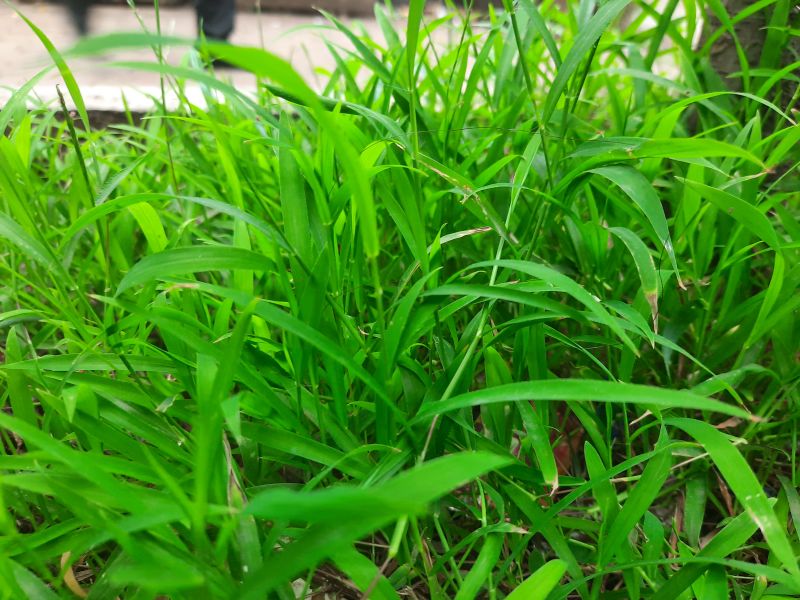 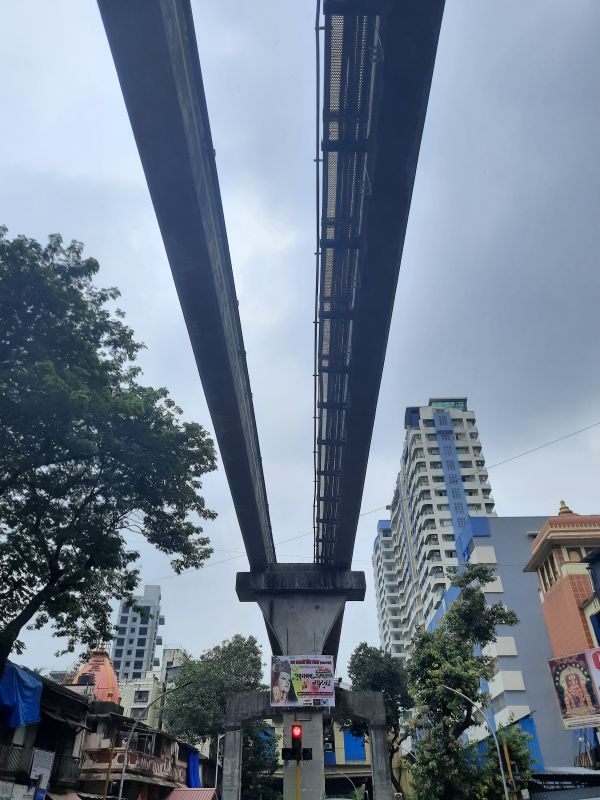 Pictures from the primary lens are crisp and colours look vibrant. There isn't that extra hint of saturation thrown in to make the pictures pop out. Yet the pictures do indeed look great. Low light performance is excellent without any additional settings. And if that isn’t enough, there is a dedicated Night Mode too. Regular shots are taken at 12MP, and switching to 48MP is easily done by choosing the 4:3-48MP mode instead of 4:3. 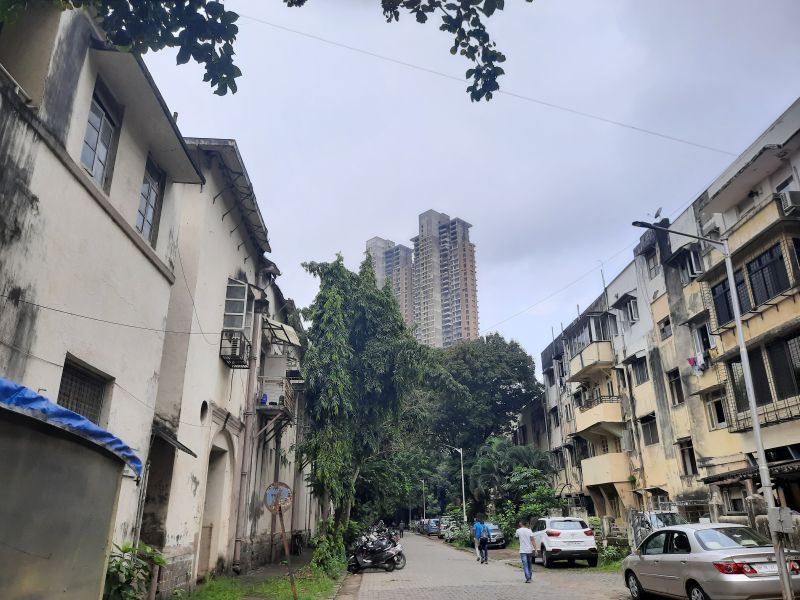 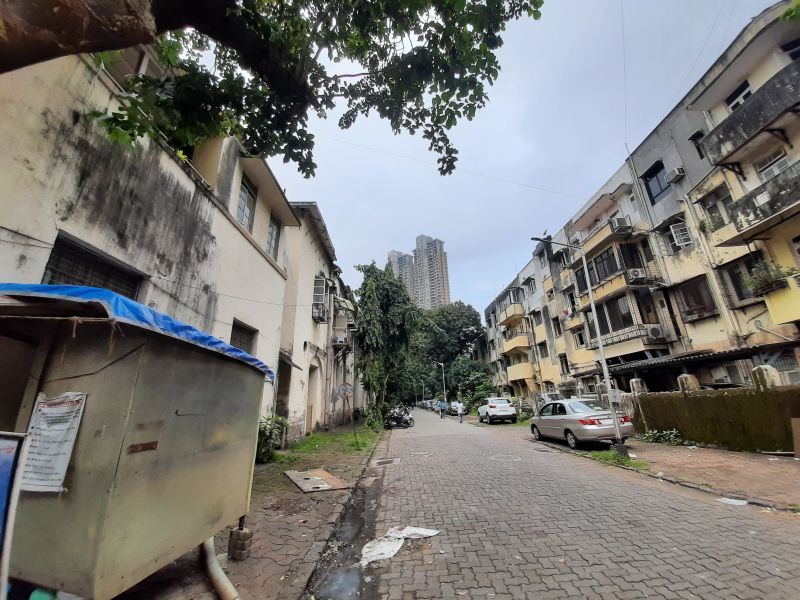 A picture taken with the main lens vs the Ultra-wide lens.

The ultra-wide sensors on Samsung phones have recently impressed us with the field of view they have, which is significantly higher than what other brands in the price bracket offer. This continues with the Samsung M30s and you get an ultra-wide shot that is actually very wide, almost capturing other subjects that are at a near 90-degree-angle to you. Good or bad? We leave it to you. The pictures do, however, look fantastic. 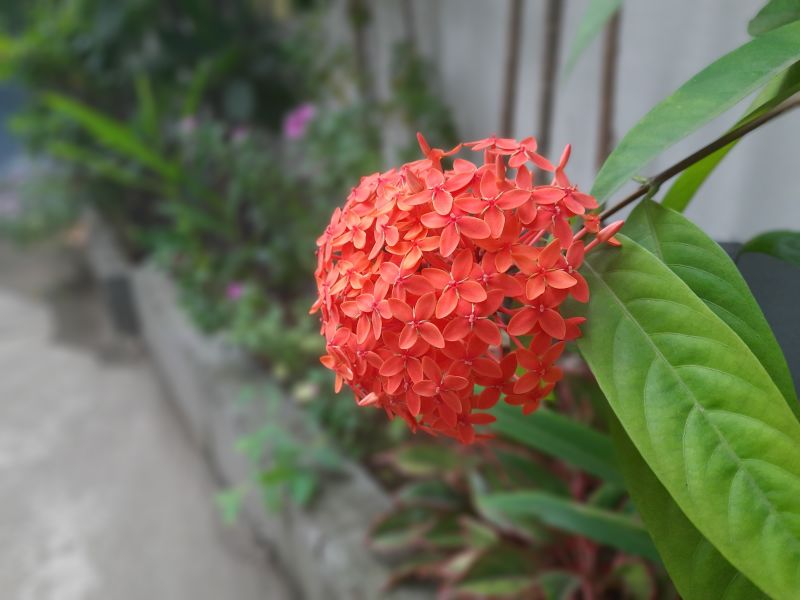 A bokeh 'Live Focus' shot with the Samsung Galaxy M30s

A 5MP depth sensor helps get pretty good bokeh shots. You can find this dubbed as Live Focus mode, like all Samsung phones. The software further helps enhance your images with creative effects that work very well thanks to brilliant edge detection. 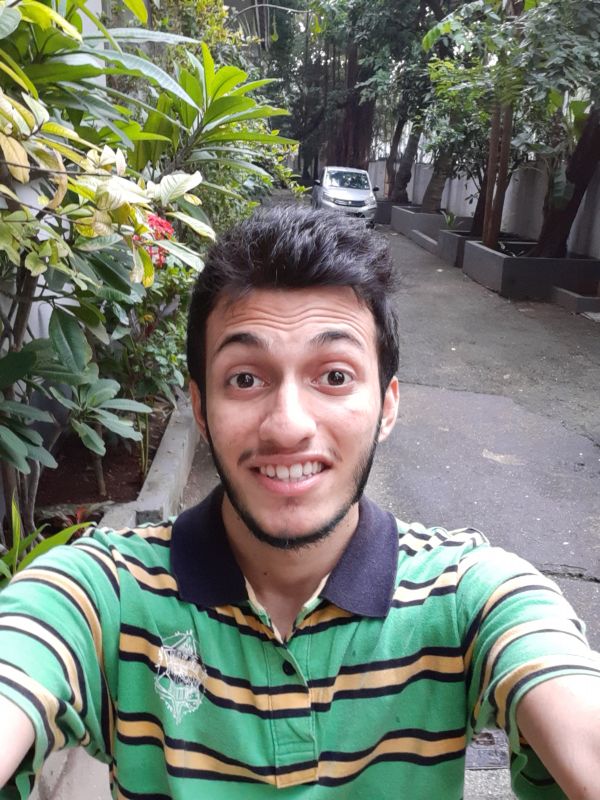 Samples of AR Emoji shots taken with the Galaxy M30s

Selfies taken from the front camera are good outdoors and both colours and details look great. But indoors, pictures come out average and lack detail. The results are still satisfactory, though.

The M30s comes with the same Exynos 9611 SoC used on the higher A50s. This gives a buttery smooth performance on the phone. Day to day tasks and switching between multiple apps are a breeze. A large number of apps open at a time don’t slow the phone down or show the slightest signs of sluggishness. This is thanks to the 6GB RAM on the phone. The new 10nm 2.3Ghz SoC is a huge bump over the 14nm 1.8Ghz Exynos 7904 on the older M30.

While not targeted at gaming, the Galaxy M30s does a decent job at it. With a Mali-G72 MP3 GPU, medium level titles can be run its relative ease and Heavy titles like PUBG can be played at Ultra frame rate at HDR settings. Changing graphics to smooth also allows you to play in at Extreme frame-rate. The phone gets very slightly warm on extended gaming but not unbearably hot.

However playing on HDR graphics at high frame rates like Extreme, make the phone super hot very fast. The heat is significantly noticeable and will eventually start affecting the game's performance as well. So for longer gaming sessions, users might want to stick to lower to medium settings for a consistent experience.

Unsurprisingly, the battery life on the Galaxy M30s is insane. The 6000mAh battery is currently the best in the segment and the M30s will easily last for two days on light to moderate usage. The battery is so great that we actually had to take some help from high-end games and max brightness to bring down the battery of the phone to 0 in a day’s usage.

But there’s a small catch, while the battery has got a massive bump, charging for the M30s is still at 15W. It is fast charging, but it’s not very fast charging, considering the size of the battery here. A 0-100 charge takes about two hours. Thankfully, like every other phone, charging in the first 30 minutes is much faster than the rest of the battery and along with usage, you can manage to get about 40-45 per cent in that amount of time. Now that being said, note that you could just charge the phone 50 per cent in a rush and leave your house in the morning and still last the day. The battery life is that good.

The M30s is a great device and is Samsung’s ticket to the bleeding edge mid-range game that is ever-changing. The phone combines great hardware and software for a very pleasing user experience. Checking almost all checkboxes for the perfect mid-range device, the phone fails on keeping a great build quality, which is the only factor that could steer you away from the device.

The phone currently sells at Rs 16,999 for the 6+128GB version and Rs 13,999 for a lower 4+64GB version. The 6GB+128GB variant which we reviewed is a solid bang for buck product when it comes to performance and overall user experience.