The ASUS ROG Phone II is hands down the best gaming phone out there yet. But keeping that aside, the phone is more than just top-notch specs. It is a device that you will thoroughly enjoy playing with.

The ASUS ROG Phone II rattled the premium smartphone market in India when it launched with absolute killer specs at a starting price of just Rs 37,999. The phone comes with specs that are unheard of at the price point, including a Snapdragon 855+ SoC, 8/12GB RAM, 48MP primary camera, multiple charging ports and accessories, air triggers for gaming and so much more.

We did a full review of the ROG Phone II that you can check out here. However the gaming capabilities of the phone are so advanced, we decided we needed a separate review for it.

We shall break it down into the following categories to help you understand just how dang good gaming is on this handheld console that also happens to be a phone.

The Asus ROG Phone II is a large phone, while that might make it a tad uncomfortable for some people in regular use, for gamers, the large design is a boon. The big chassis allows the phone to sport key features that help take the gaming to the next level. 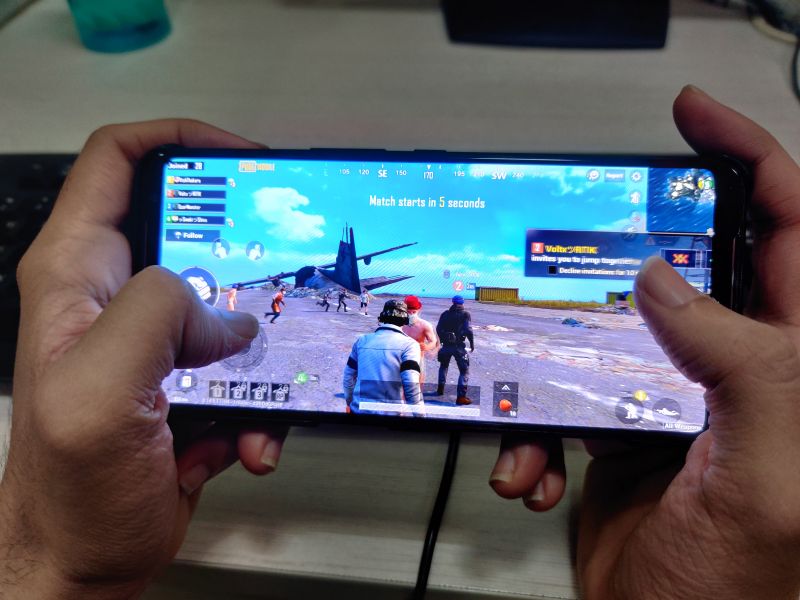 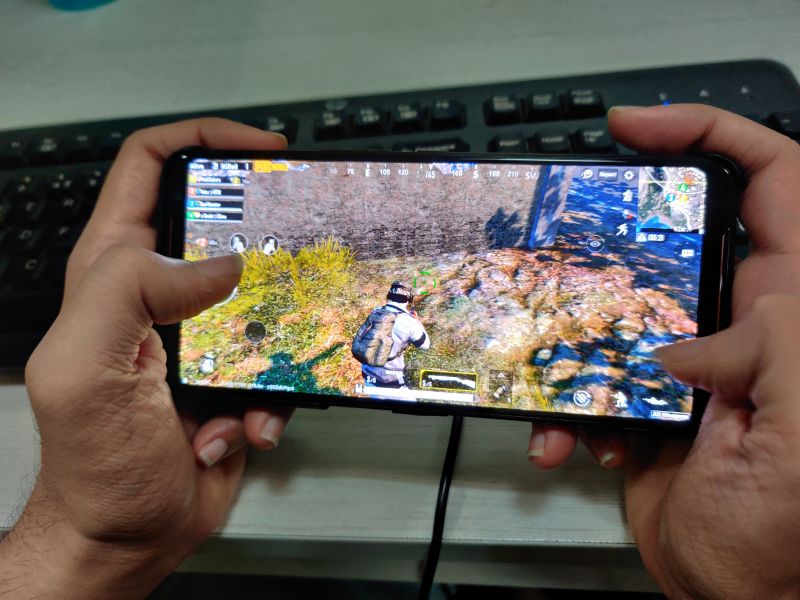 The first is the large screen on which everything looks great thanks to an AMOLED screen with punchy deep colours, great viewing angles and ample of real estate to play around with.

The second is the large battery that comes inside the metal frames. The 6000mAh battery ensures much longer gaming hours than you would experience on similarly capable flagship devices. If you still manage to run out of juice, there are two charging ports on the phone to charge as you play. One on the bottom, and one on the left edge. Optimised heat sinks inside the phone ensure that you can charge and play together without the performance taking a hit.

Speaking of the large design, the phone also has two air triggers up on the right edge of the phone. These are one of the highlights of the device. The two triggers are capacitive in nature but offer haptic feedback when pressed. They are easily distinguishable by the grooved patterns on either trigger and one doesn’t need to look at them to figure out where they are. Additionally, they are perfectly placed to naturally fall within thumb’s grasp when you play. More on these later.

With the Snapdragon SoC and Adreno 640 GPU, all games you can run (and that is basically every game out there) will run at the highest settings available for Android phones as of now. Coupled with the large screen and high refresh rate, visuals come out to be stunning. 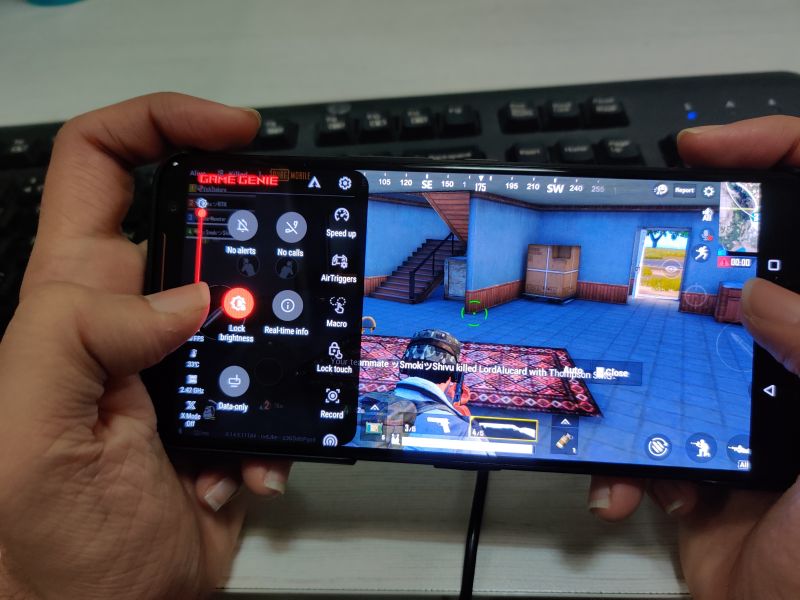 The ROG Phone II's gaming mode can be accessed by a simple swipe from the left.

There is also a gaming mode that diverts resources to the game and provides quick access to features.

The ROG Phone II has a 3D vapour chamber for cooling. With multiple layers of heat sinks, the phone does get warm, but not really ‘Hot’ on prolonged gaming. If that’s not convincing enough, the phone also has a cooling vent along the asymmetrical design on the back. And if that still doesn’t cut it, you can go in for the cooling attachment, one of the many accessories available with the phone. 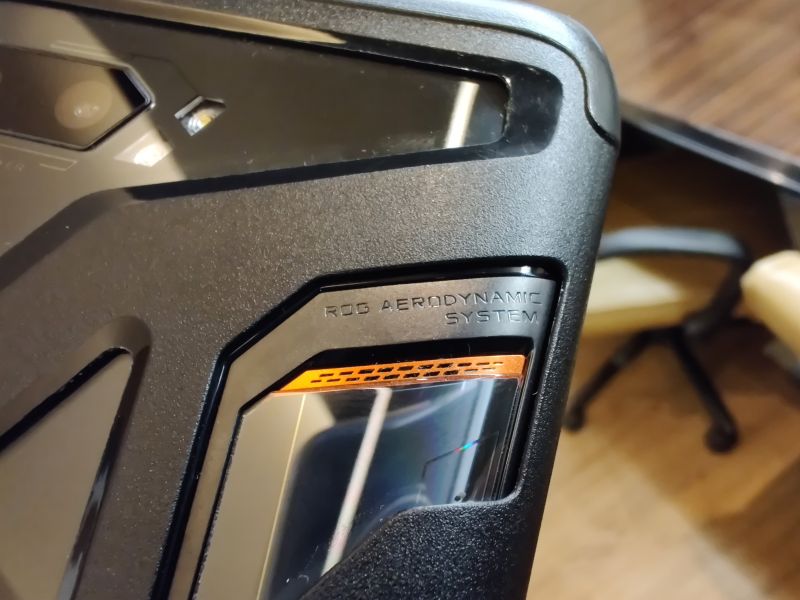 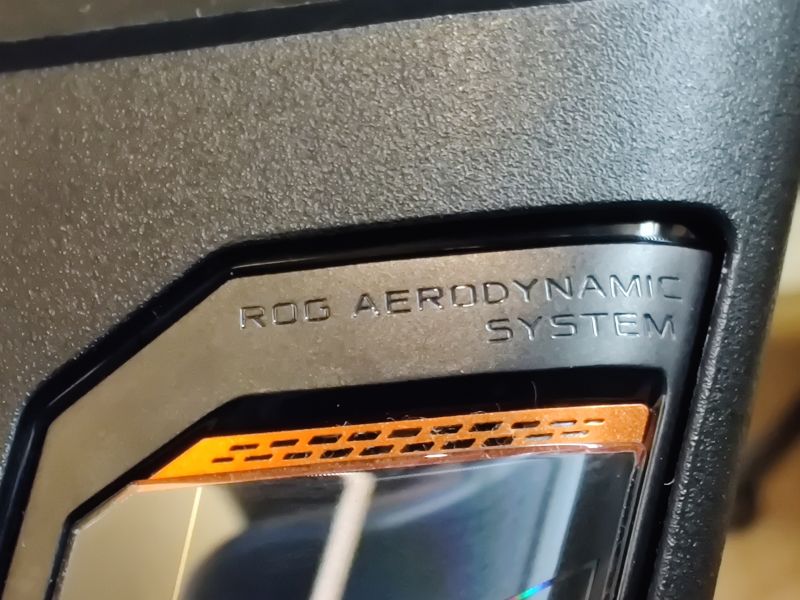 The large frame allows for an important aspect of gaming that is often overlooked—Sound. The ASUS ROG Phone II comes with stereo speakers that don’t just serve the purpose but are loud and clear. Experiencing games with audio routed through the speakers, honestly made us ditch the headphones.

That’s just the speakers. The phone also has four microphones—two on the bottom edge, one on the top edge and another on the right edge of the device. The four microphones work simultaneously to offer great sound quality to those who are listening to you on voice chat during multiplayer gaming. Four mics also mean it is very unlikely that you would cover up all the mics with your hands during gameplay.

The air triggers aren’t gimmicks. They actually enhance gameplay. Shooting games like PUBG become a lot easier to play with the user gaining more control over the gameplay.  Having two mappable controls over the top edge when the phone is in landscape mode also means you have two lesser fingers (mostly thumbs) on the screen. This allows you to ‘see’ more in the game. 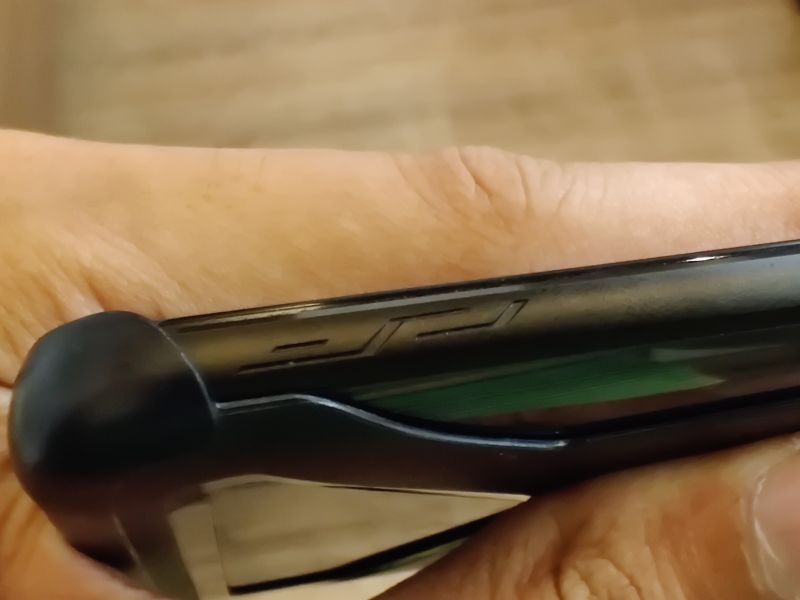 ROG Phone II's Air triggers are easily distinguishable thanks to the groovy patterns.

As of now, the air triggers act when you press on them, giving them only one dimension, but with an update in the near future, you will be able to map 2 features per air trigger. One for a press, and one for a slide. This would allow you to say, shoot with the right trigger when you press it, and reload ammo when you slide it. With that, you will essentially have four controls outside the screen. For hardcore gamers, that is just too good to be true, except it soon will be. 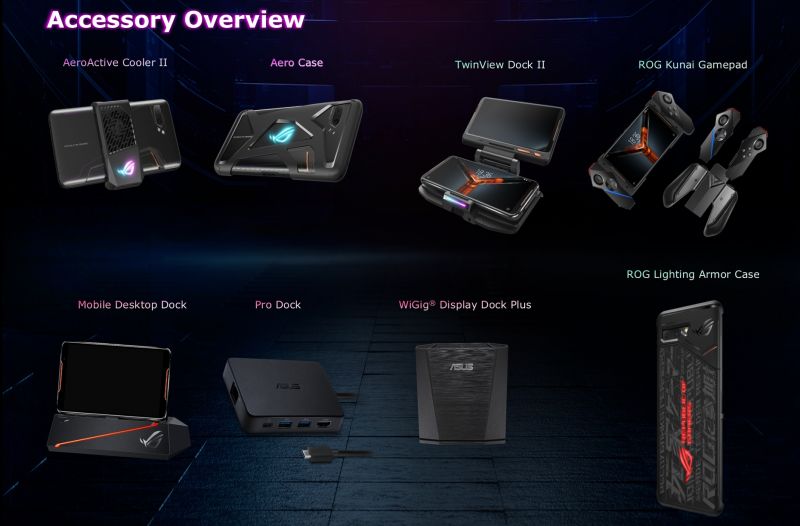 The air triggers are cool, but what’s cooler is the support for modular accessories. This USP of the first ROG Phone has made its way to the sequel and oh boy, it only gets better. Supported accessories include a Twin-View dock that basically adds a second screen to the device with the same AMOLED Panel and high refresh rate, along with an extra 5000mAh battery. Use it in creative ways to boss on your gaming experience. There is the Kunai Gamepad which can transform from a regular controller to a set of controls on either side of the phone, turning it into a full-fledged console. Moreover, the two accessories can be clubbed to give you a second screen and gamepads on either side of the device. Too much? Not if you’re a gamer!

The ASUS ROG Phone II is hands down the best gaming phone out there yet. But keeping that aside, the phone is more than just top-notch specs. It is a device that you will thoroughly enjoy playing with, which is the most important aspect of gaming.