Google finally unveiled a plethora of devices after the flagship Pixel smartphones. All the Google devices compliment each other and are closely united with Google's Assistant.

Google finally announced its flagship smartphone amidst a plethora of a few more internet connected devices at the San Francisco event. The event saw two new flagship smartphones under the Pixel brand along with Wi-Fi, Home,  Chromecast, Assistant and Daydream.

So what did Google announce?

Now that rumours are put to rest, Google finally announced their Nexus successor for 2016 – Pixel. Google dumped the Nexus branding for the new name Pixel, which will now be manufactured by Google themselves under the tag ‘Made by Google’.

The Pixel smartphones will target the rival flagships from Samsung and Apple with a premium pricing that starts from $649. As far as the hardware specifications are concerned, the Pixel phones will come in two variants — a regular Pixel and a Pixel XL. While the Pixel will sport a 5-inch display, the XL will feature a 5.5-inch screen. Both smartphones are  to be powered by a Qualcomm Snapdragon 821 chipset with 4GB of RAM with a unibody design made from a combination of metal and glass. More details specifications on the Pixel can be found below.

As for now, the Pixel will be released with Google’s latest Android version 7.0 Nougat. Google has also renamed its famous Nexus launcher to Pixel Launcher, and the new OS will also feature a plethora of new features.

With the introduction of Google’s new Assistant, an 'updated' answer to Apple’s Siri, the Pixel was on display with loads of features from the search giant.

Google later spoke about the camera on the Pixel, claiming that the 12.4MP f/2.0 aperture camera has the best camera rating from DxOMark with a number 89 to its crown. The camera also has HDR+ always enabled for rich photography. Along with the more features from the camera and its app, Google has also thrown in Photos with unlimited storage by default. Google claims that with Pixel, you will never run out of storage space when clicking photos. Details about the battery life for Pixel claim 7 hours of power with just 15 minutes of charging.

And finally here are the specifications and the colours of the two Pixel handsets. 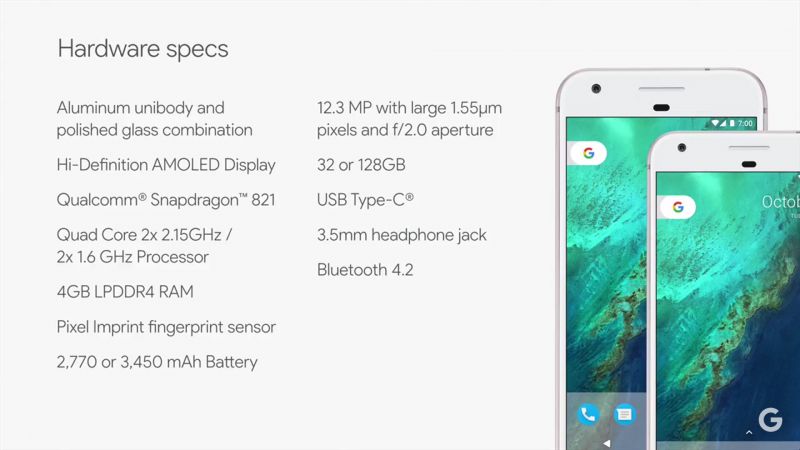 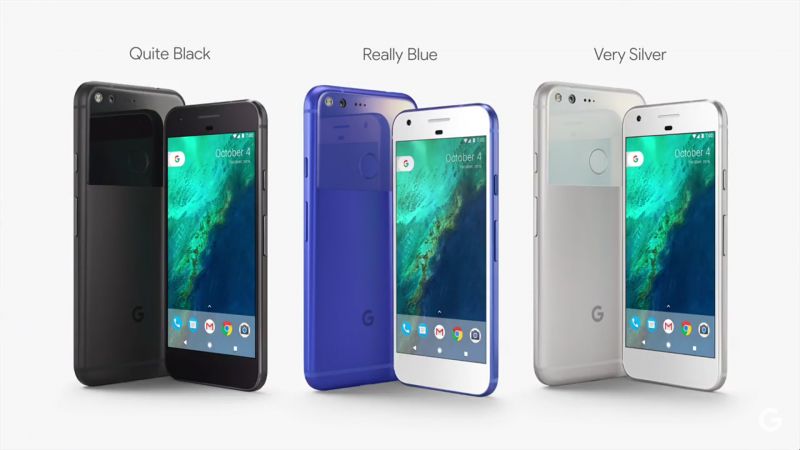 Pixel will be available immediately in the US, Australia, Germany, UK. India will see the Pixel pre-orders starting from October 13. price for the US will start at $649. India prices are not yet announced. 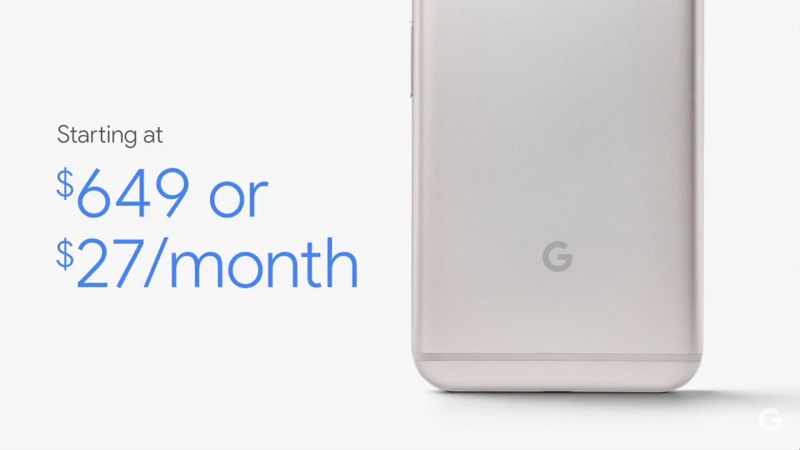 Next, Google introduced the Daydream VR headset. Built for comfort, convenience and style, Google has made sure the Daydream is made for all. 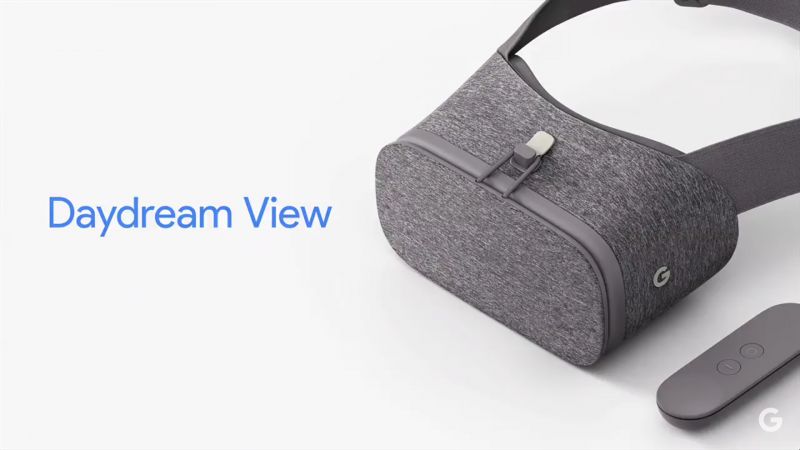 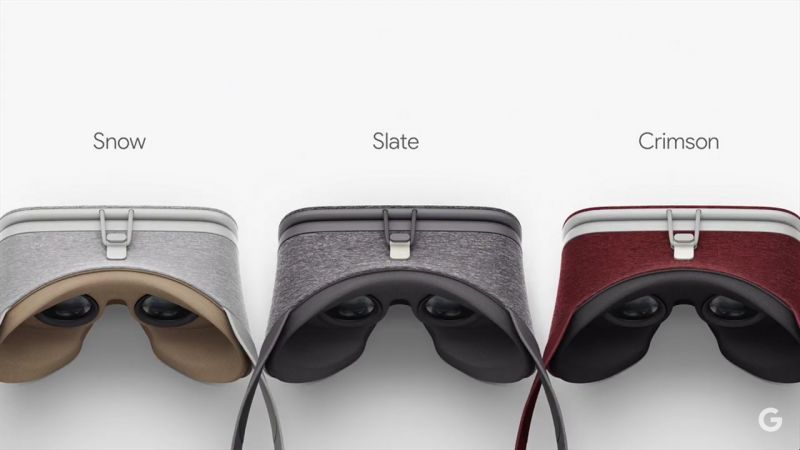 the Daydream is available in three different colours and will be available from November for a starting price of $79. 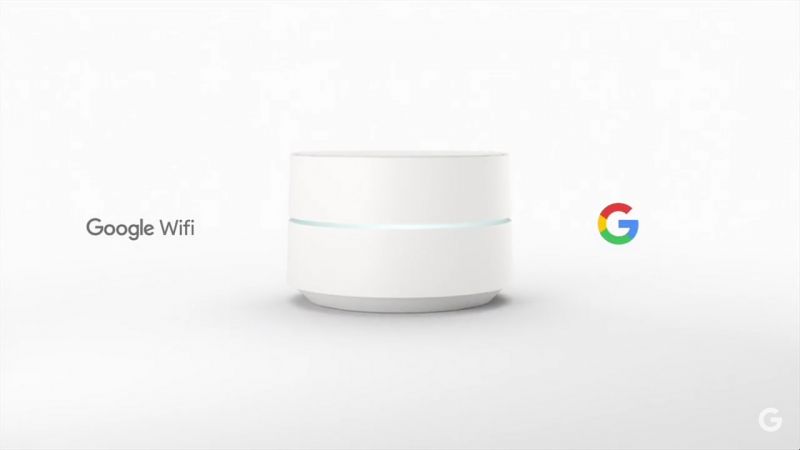 Google then unveiled Google Wi-Fi, a unique wireless networking hardware for your home. Starting November, Google Wi-Fi will start at @129. 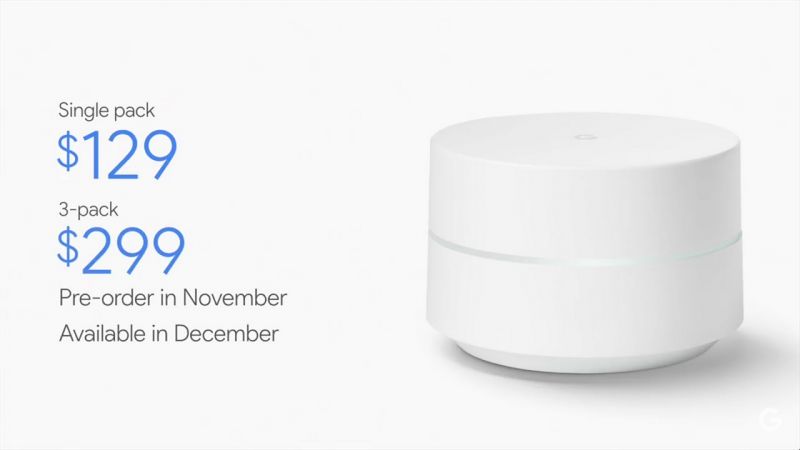 Next on plate was a higher version of Chromecast. A 4K ready Chromecast Ultra, which will also be available in November for $69 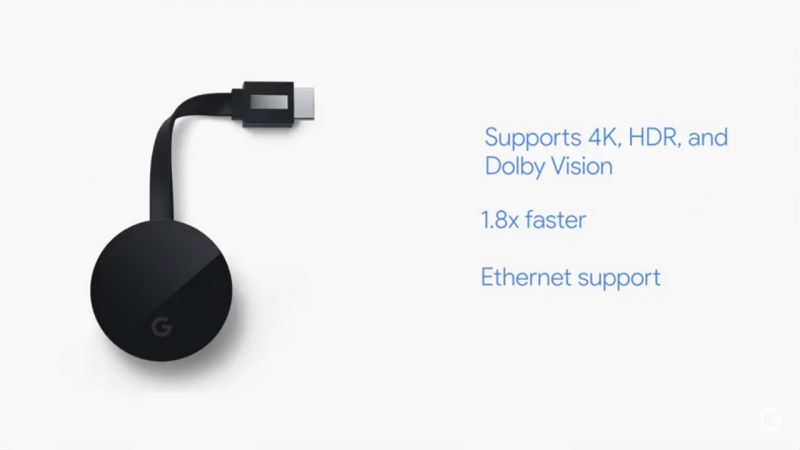 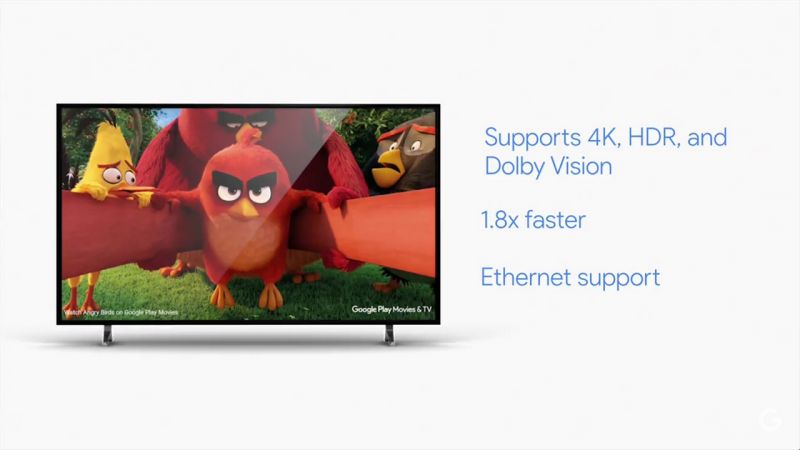 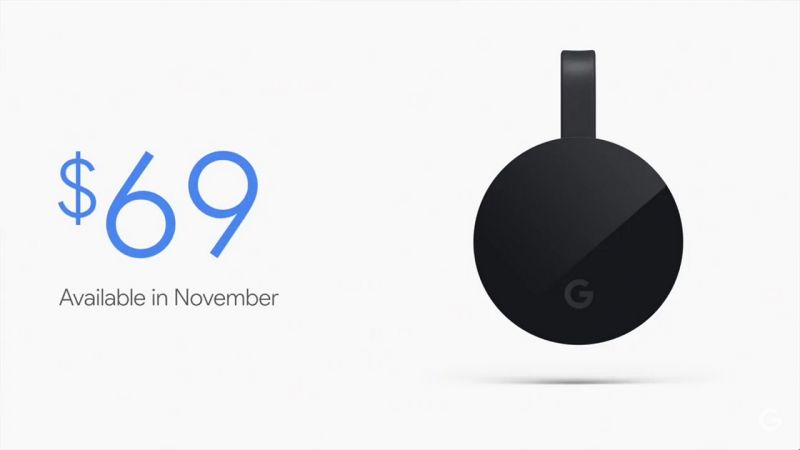 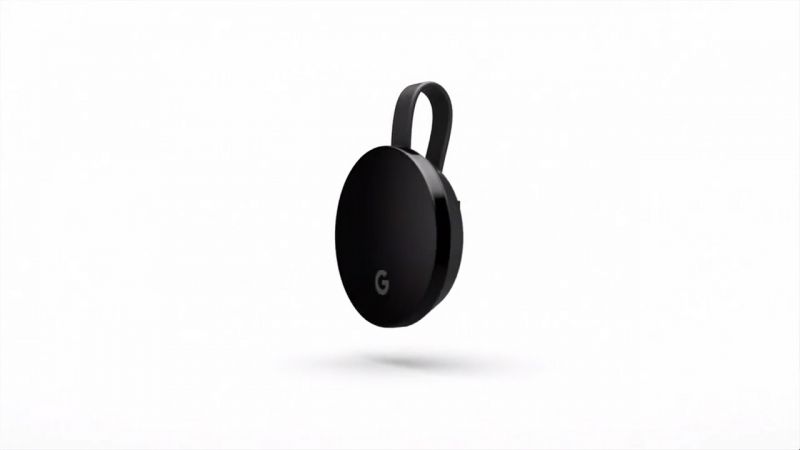 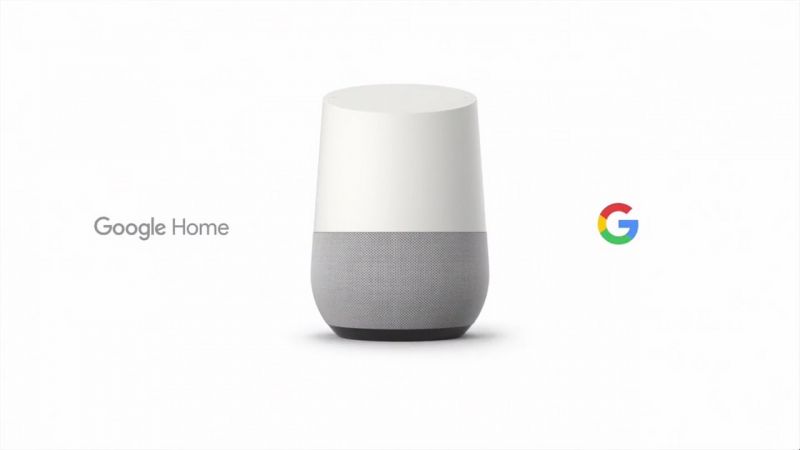 A pleasant companion for you at home, Google Home is built using Google's Assistant as its artificial intelligence. Simply connect Home to your wireless network at home and you can simply talk to Google Assistant from any place in your house. Assistant can serve you with almost anything on the internet. From basic information to playing your favourite music and asking for small help to going shopping for you, Home can be a perfect Help at your fingertips. 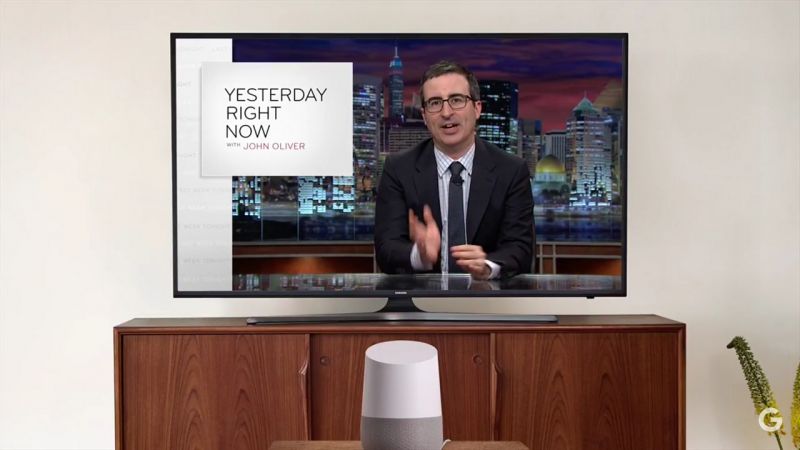 Google Home will be available from November, pre-orders start today itself. Price starts at $129 with a 6-month free subscription of YouTube Red. 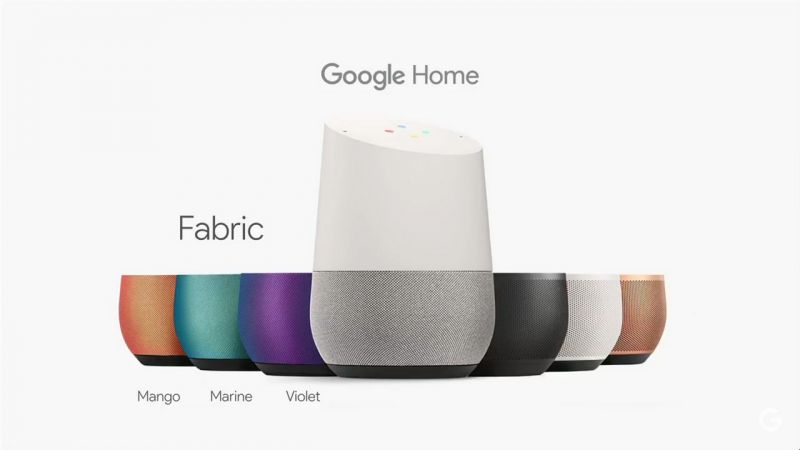 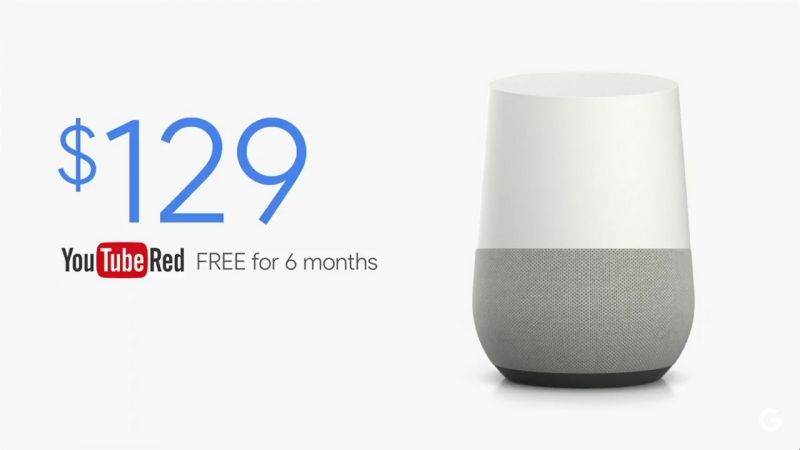 Google finally unveiled a plethora of devices after the flagship Pixel smartphones. All of the Google devices compliment each other and are closely united with Google's Assistant.

If you missed out on the Google keynote live event, here's the entire video for you to know more about the announcement and devices that were unveiled. (Skip the first 25 minutes in the video)