The bezels on the LG V30 are slimmer than the G6 with the logo missing from the front with curved glass endings on the sides.

LG launched its newest flagship last week, the LG V30. The smartphone sports the usual high-end specs: a Snapdragon 835 SoC, 4GB of RAM, 64GB of storage, a 3300mAh battery, and Android 7.1 Nougat. The highlights for this smartphone are the display and the camera. The display used on the LG V30 is the first LG-made OLED display, and the camera has an astounding f/1.6 aperture.

The design on the LG V30 is different from the LG G6 — LG’s first smartphone with super-slim bezels. The bezels on the LG V30 are slimmer than the G6 with the logo missing from the front with curved glass endings on the sides.

The display on the LG V30 is the all-new LG made 6-inch OLED display with 2880X1440 resolution with 18:9 aspect ratio. Although LG had been producing OLED TVs for some time, they have not ventured into the smartphones segment after the LG G Flex and the G Flex 2 from the 2013-15 era. Their displays were weirdly shaped and unable to display smooth, consistent colors.

However it seems like the things have not changed, according to a report published in ArsTechnica. The report states the OLED panel on the V30 still has the same issues as the LG G Flex. In low brightness in a dark room, the screen is grainy and has “dirty” looking horizontal banding to it. Light level is uneven, with hotspots on the left and right corners.

The report further states, “The Galaxy S8 produces a smooth, consistent color from the top of the display to the bottom. The LG V30 is supposed to be displaying a solid color, but it's so uneven that it starts out dark grey at the top and transitions to a light grey at the bottom. There are also lots of horizontal lines present in the LG display that aren't in the Samsung. It just looks so much worse.” 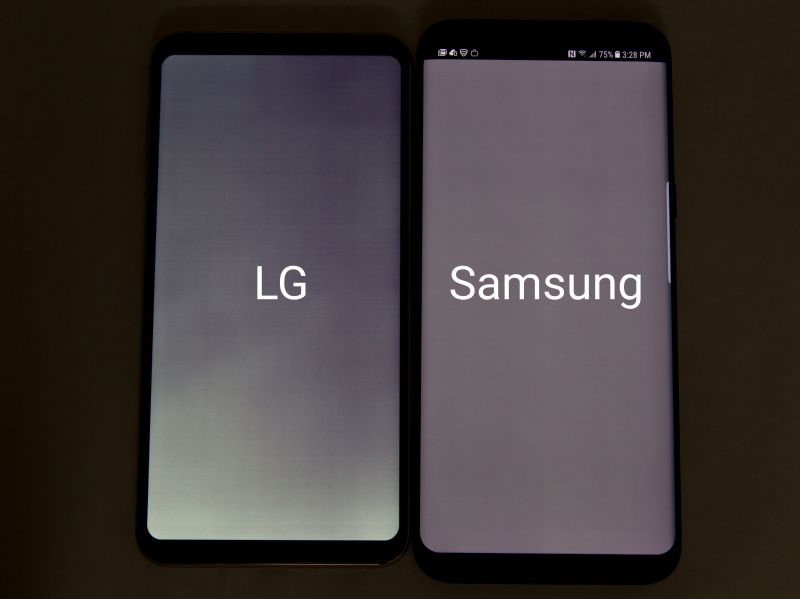 There is very little difference between Samsung’s AMOLED display and LG’s P-OLED” display technology. AMOLED stands for “Active Matrix Organic Light Emitting Diode” — all modern smartphone displays use an active matrix to show pixels. The “P” in LG’s “P-OLED” stands for “plastic,” the material used in the substrate (base layer for display). Samsung OLEDs also use a plastic substrate as opposed to glass, because plastic is thinner and flexible.