HTC U11 review: The smartphone with a lot of 'Sense'

While it doesn’t have the drama that the Galaxy S8 manages to achieve with its curved screen and a fancy user interface, it manages to tick all the things that a user looks for in a perfect smartphone.
Rating:

When HTC launched the Dream back in 2008, it quietly started a revolution in the world of mobile phones. It provided the perfect platform to debut the Android OS and provide a tough competition to the iPhone. As years rolled by, HTC evolved into a recognisable name in the world of smartphones, claiming one of the best Android phones in history to their name — HTC One M7. (However, the HTC Desire was also one of the best, unforgettable smartphones where developers would swear by it.)

Times have moved on since the HTC One M7 and other players have taken HTC’s mantle of bringing in better and innovative Android smartphones. And now, in a world dominated by Samsung’s piece-de-resistance Galaxy S-series and the budget-heroes from OnePlus, the Taiwanese smartphone giant hopes to make a comeback with their latest offering — the HTC U11. During its launch, HTC marked the U11 aside from the competition with their new ‘Edge Sense’ feature along with a great camera sensor. So, is it just another revamped version of its predecessors or worthy of its title — quietly brilliant? Let’s find out. 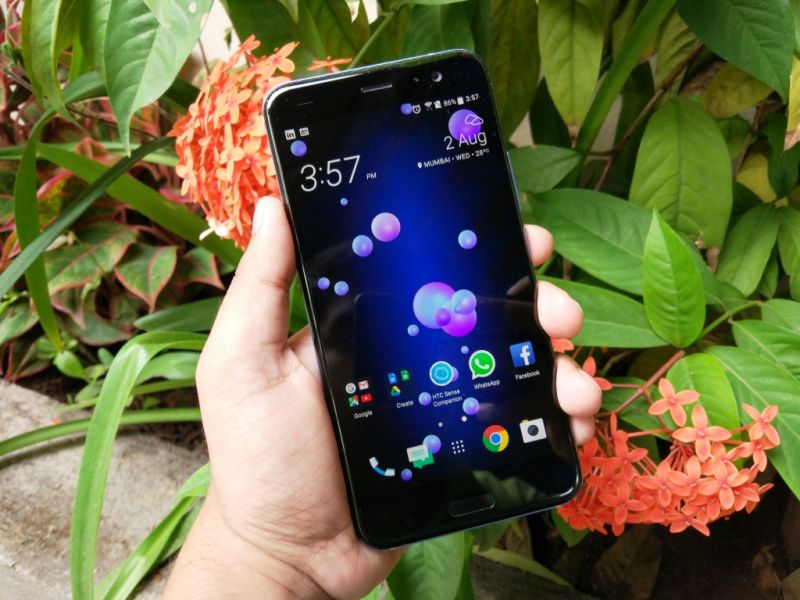 In 2017, if you have to design a flagship smartphone, you have to follow the trend of incorporating slim-bezels, better displays and great looking designs on your best offering. HTC has instead opted to stay classic — retain the old-school smartphone look. But that doesn’t mean the U11 is boring to look at.

HTC has gone to great depths for designing the rear panel on the U11 with a glass made from Optical Spectrum Hybrid Deposition. This is the same glass used on the U Ultra launched earlier this year. 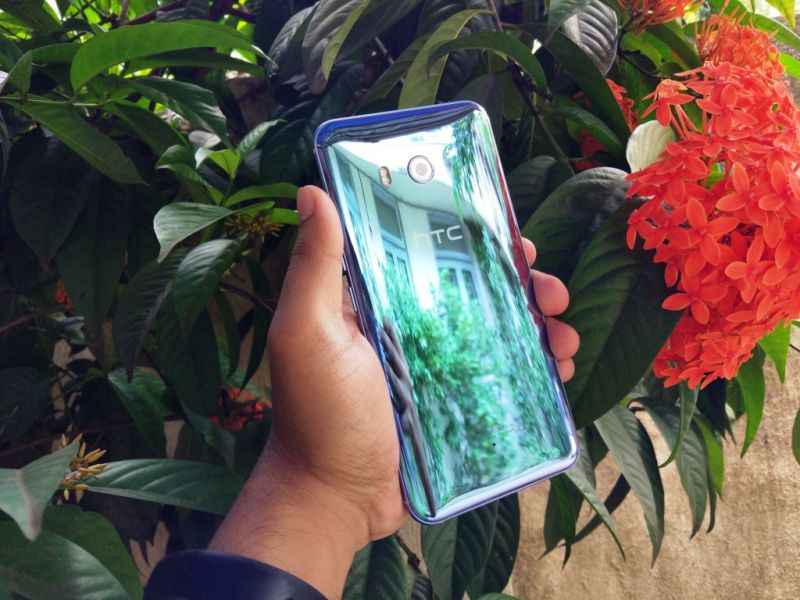 However, the rear panel looks better than the former, especially with the ridge around the camera. The unit we had was ‘Amazing Silver’ (it's actually light blue), which showed various tints of light blue under different lighting conditions. This though depends on an individual’s taste — some will like the highly reflective finish of the rear panel whereas others could find it pretty loud. We liked this reflective glass finish on the U11 as it makes the phone distinct in a sea of understated glass-body smartphones out there in the market. 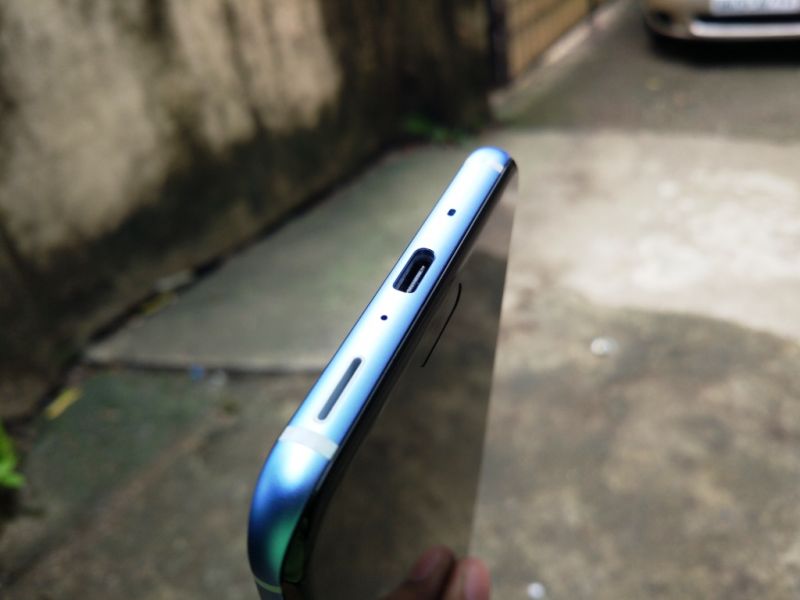 HTC's craftsmanship is also visible on the sides, especially with the uniquely-shaped speaker grille and the cleverly placed antenna bands. And the buttons have a high tactility too.

However, the best bit about the U11’s build is its waterproofing — it gets IP67 certification, which means taking out this baby in the rains is no more a matter of worry. The only thing you would find missing is the 3.5mm headphone jack, which is soon becoming a norm in this category. 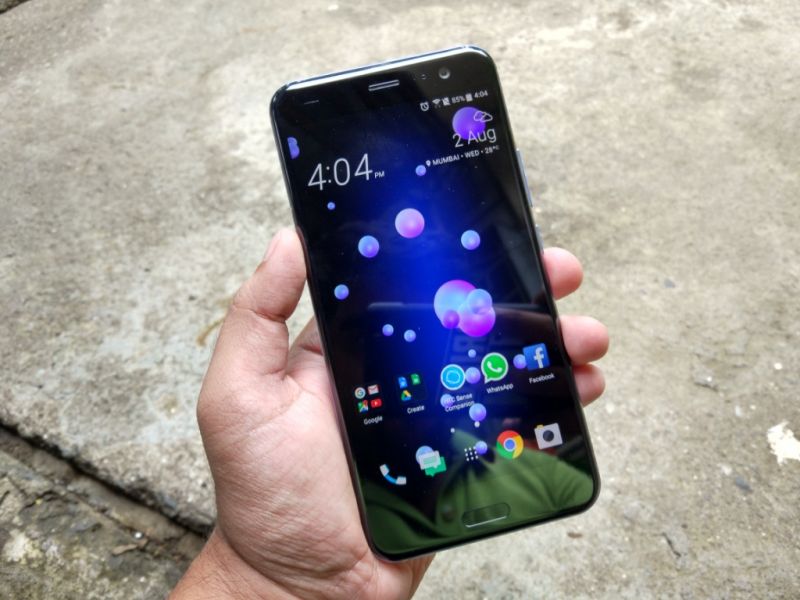 To compliment the rear panel’s presence, HTC has crammed in an equally impressive display — a 5.5-inch Super LCD5 display with 1440 x 2560 pixels packed with a density of 534ppi, and protected by a 3D Gorilla Glass 5 adding to the overall looks. The display produces crisp images with high contrasts and natural colours. It also has wide viewing angles, which is convenient while watching content in a group. 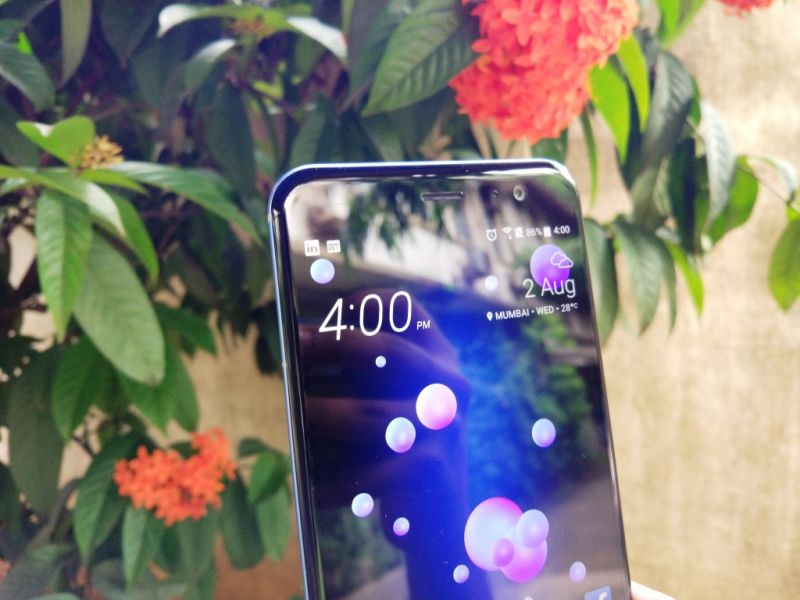 However, in a world where smartphones are working towards reducing the display bezels, the U11 feels like a smartphone from 2014s. There are smartphones with bezels (like the one on the OnePlus 5) that don’t look boring. The U11 does look a tad boring, but isn't as bad either — it surely is a good looking smartphone, but doesn’t fit in with its rivals in the aesthetics department. 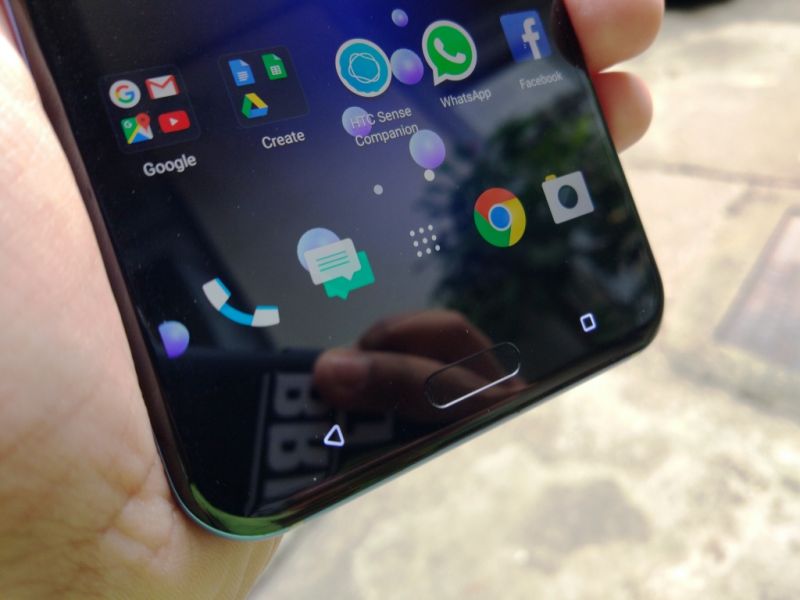 The fingerprint sensor, which doubles as the home button, is placed conveniently — you can never hit it accidentally while using an app. Thanks to the distant placement away from the bottom of the display and into the chin. 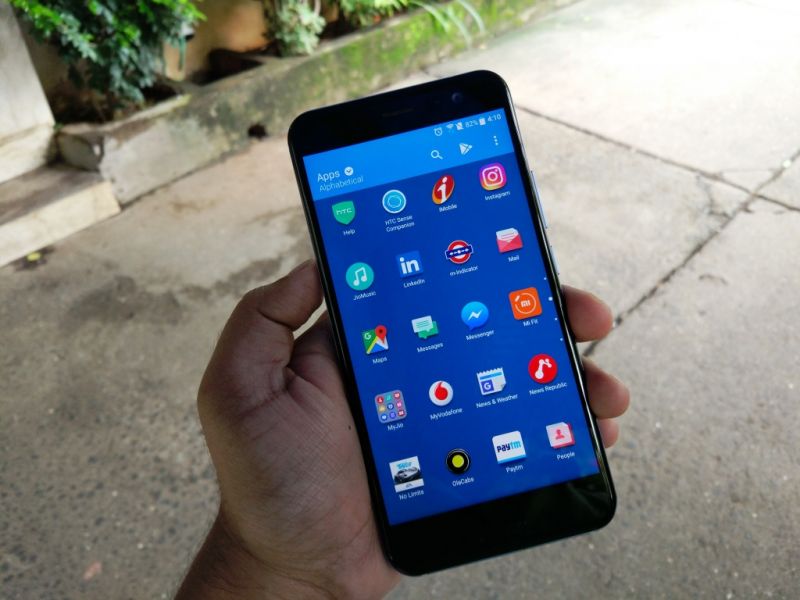 Since the U11 was meant to compete with the big boys, HTC has accumulated the best hardware it could find in the market for the U11. There’s the flagship Qualcomm Snapdragon 835 beast powering the U11 and is supported by a massive 6GB of RAM along with 128 GB of storage. One can expand the storage up to 256GB via a hybrid microSD card slot — we still wonder who will fill it to its brim! 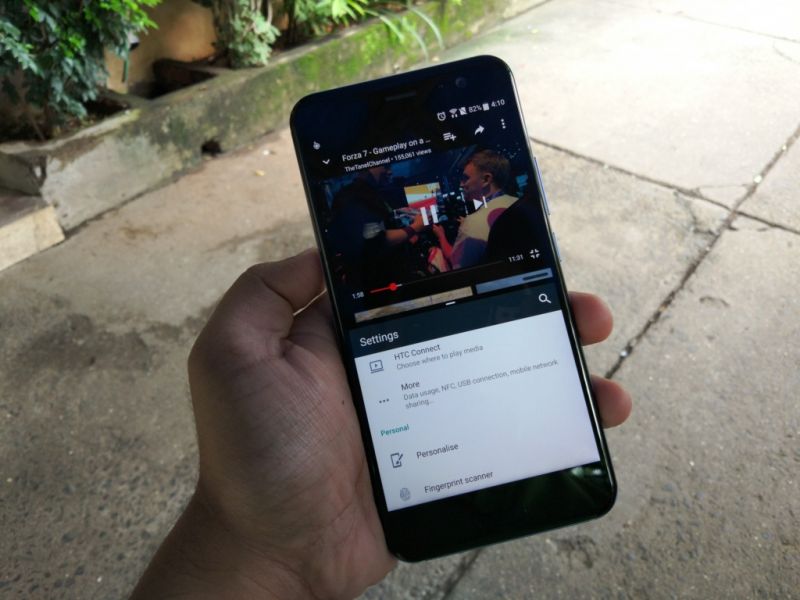 With a custom UI (Sense , based on Android's Nougat 7.1.1), the U11 sails through almost any task it is given. Even though HTC’s Sense UI has a noticeable amount of bloatware, there’s no hint of the smartphone struggling to keep up with the activities. Not only does the phone provide a quick app-launch experience and slick animations, but multitasking is a breeze too — all thanks to the 6GB RAM onboard. Additionally, the new Sense UI's user interface is pretty close to stock Android. However, if you like customising the phone to your taste, HTC has provided its own theme store to overhaul the menus, icons, wallpapers and fonts. 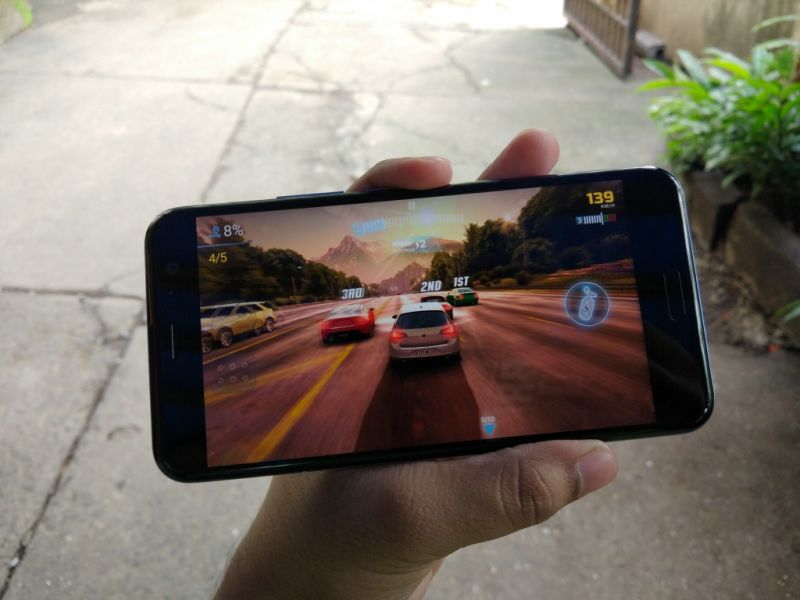 The U11 also excels in the gaming department. Asphalt 8: Airborne, Need For Speed: No Limits, Modern Combat 5 — these are some of the high-end games that the U11 can handle without breaking a sweat. However, housing a powerful engine underneath the hood means that the smartphone heats up under stress. It doesn’t get unbearably hot but is surely uncomfortable after extended gaming sessions. 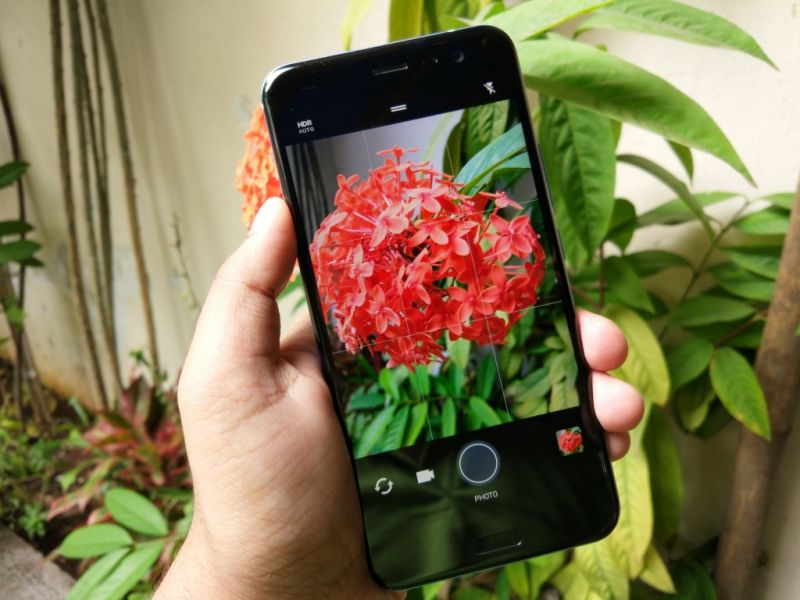 When it comes to photography, the U11 has an ace up its sleeves — a 12MP sensor with an aperture of f/1.7. And probably we can say thanks to the Google Pixel, which carried a similar camera and was brought up in the same stables. We have to say that camera is capable of taking some really good photographs. Images have a good contrast and produce natural colours while retaining sufficient details.

The camera is a real joy to use during the night; however, grainy distortions are visible only when used in absolutely dark environments. The colours are not as accurate as those taken during the day and image contrast takes a hit during low-light shots. However, where other smartphones usually struggle in low-light, the U11's camera manages to record loads of details. No wonder the HTC U11 earned a score of 90 on the DxOMark scale. Check out some shots taken by the HTC U11's primary camera in different lighting conditions below. 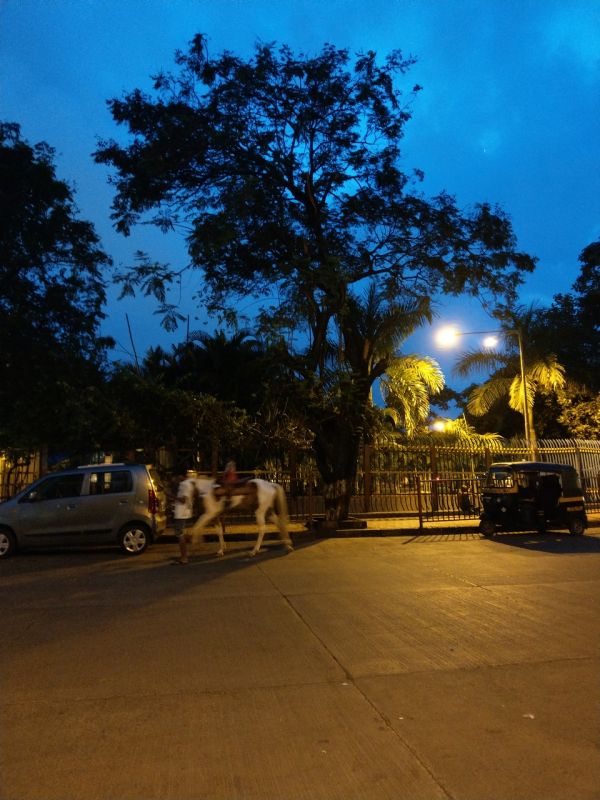 There's hardly any loss of details in low light conditions, thanks to the f/1.7 aperture. 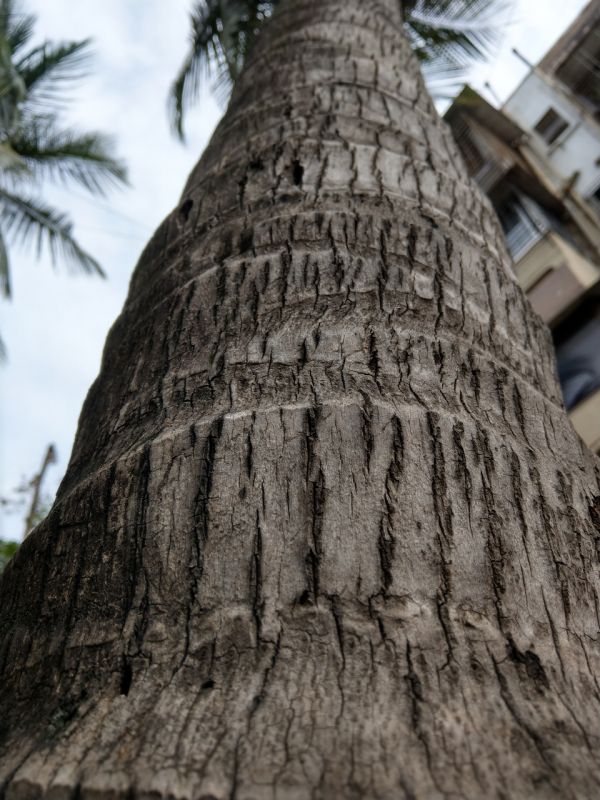 In daylight, the images turn out to be lively. 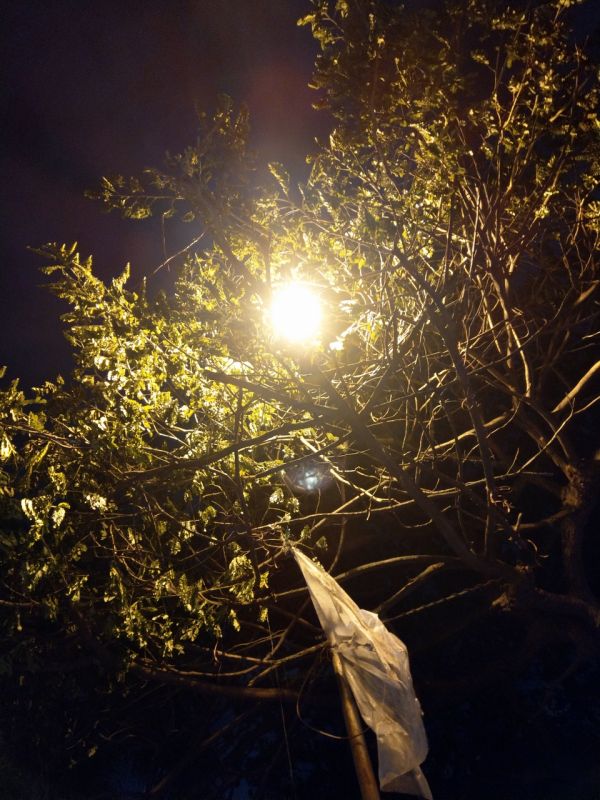 During the night, images tend to lose out on natural colours. The streetlight in the photo has an orange tint but turns yellowish in the image. However, sharpness still stays put. 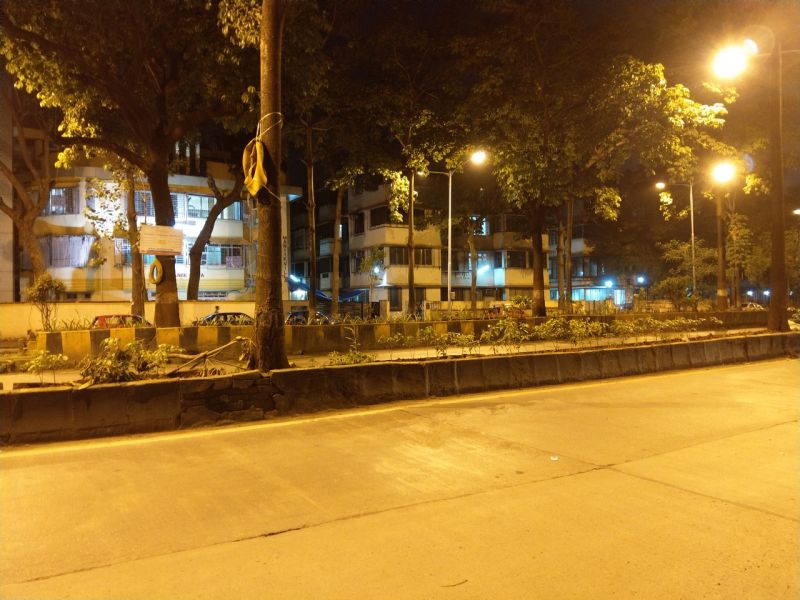 Contrast management is top-notch even with multiple bright sources in the frame. 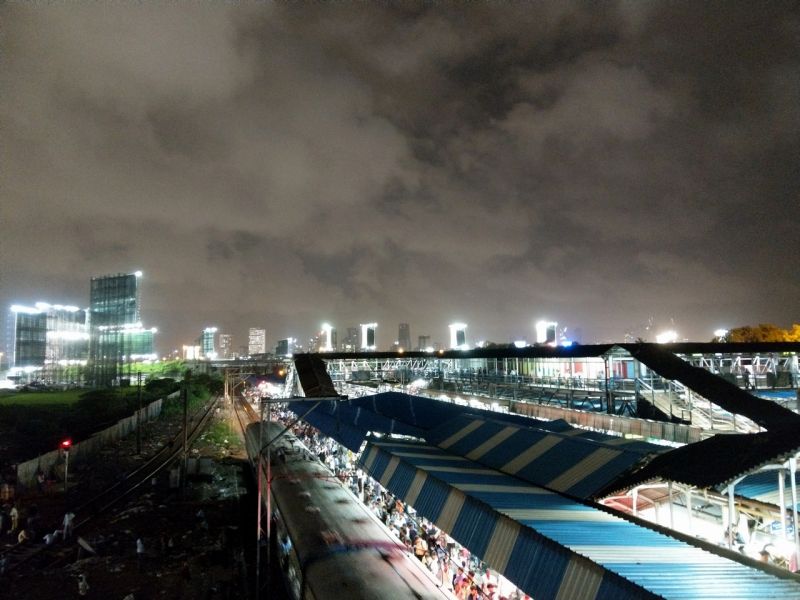 The U11 feels happy during low light photography. 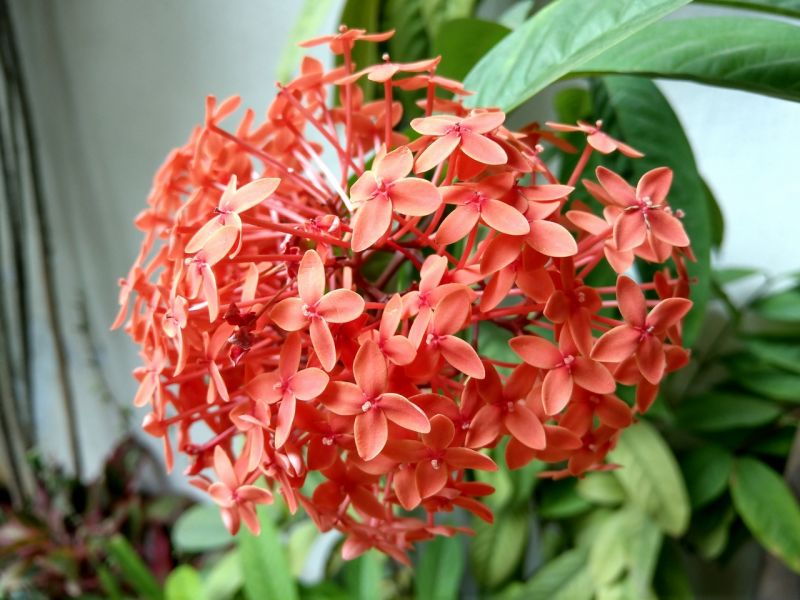 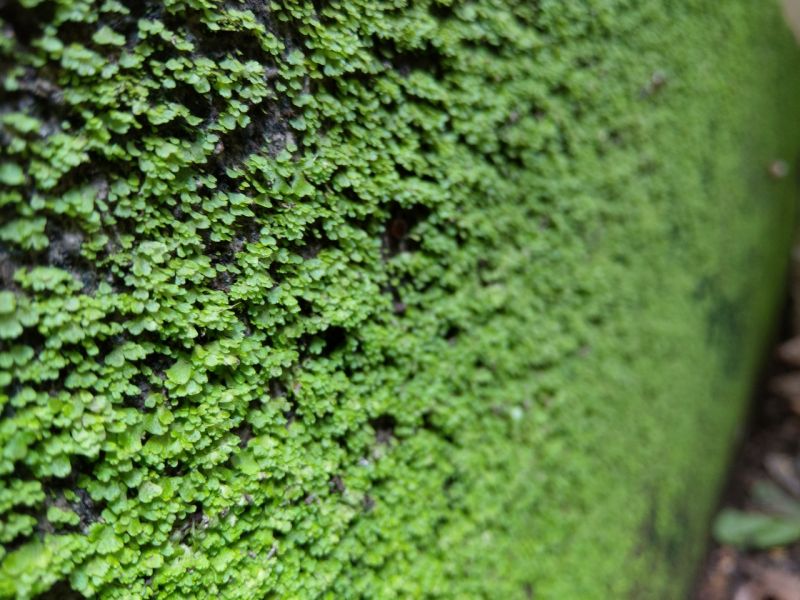 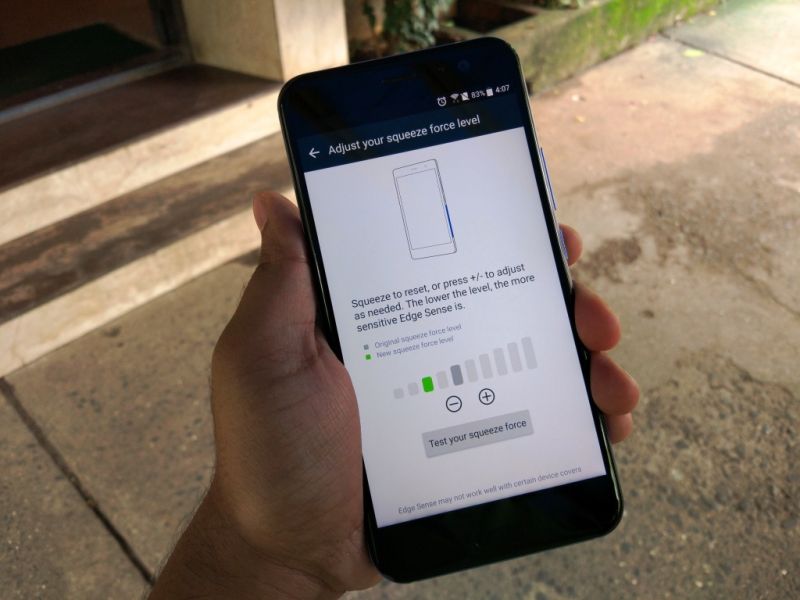 HTC markets the U11 as a 'squeezable' smartphone with its unique Edge Sense feature. There are a set of four pressure-sensitive sensors on each side of the phone's edge that can be turned ON or OFF when not required. For now, two gestures with the Edge Sense — a quick squeeze for one app or shortcut and a long squeeze for another app or shortcut, are all that you can use them for. You can also change the level of pressure that the sensors need to detect in order to perform the desired activity. In time, developers will implement this new feature into various apps, and find more use for it. Presently, you can only take photos, assign a few shortcuts or pull up Google's Assistant by squeezing the edges.

Initially, it seems more of a gimmick than being useful. However, once you spend some time on the U11, you will get accustomed to the Edge Sense and will eventually prefer squeezing your U11 to open your favourite apps.

As mentioned earlier, the 3.5mm headphone jack is missing here. While this could be an issue for a few audiophiles with a range of existing audio accessories, the 3.5mm jack’s trade-off has given way to really good audio quality. If you use the bundled U-Sonic earphones, you will get to witness the benefits of the high-quality digital audio it produces. The sound is crisp and clear and perfectly tuned for bass— a great audio experience altogether. 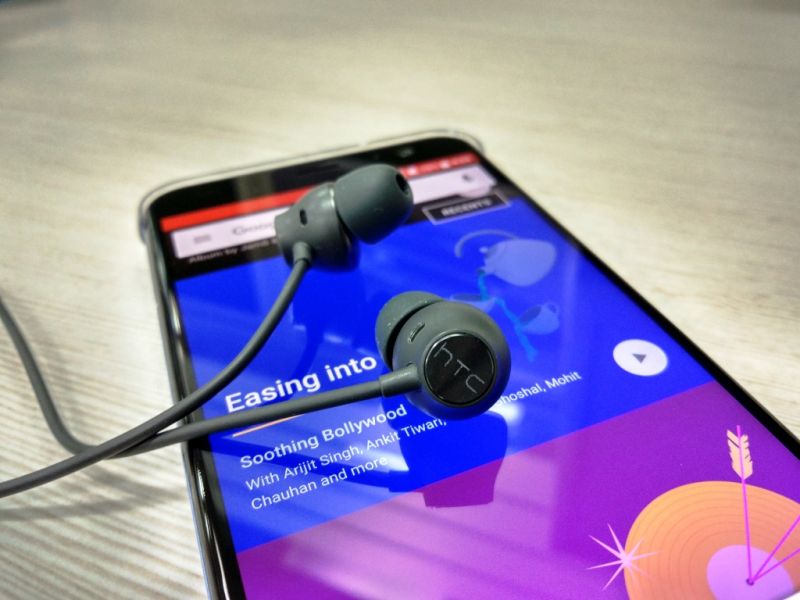 The headphones also feature active-noise cancellation — so say goodbye to all the unwanted ambient sounds around you. Even though HTC provides a Type-C-to-3.5mm adapter within the box, we recommend you to stick with the supplied earphones for the best audio experience, since conventional headphones might not be able to match the audio quality pumped out from this device. The headphones contain its own DAC chip to improvise on the audio performance.

The U11 also hasa  very good onboard speaker setup — and it's stereo too. The speaker on the bottom produces the bass, while the earpiece takes care of the highs and mids. This makes for an overall satisfying audio experience, especially while listening to casual audio or watching your favourite flicks.

Despite being driven by a powerful chipset, handled by Edge Sense and sporting an array of microphones, the U11 has an appreciable optimisation that does not strain the battery life. An entire day can be obtained easily from the 3000mAh reservoir, despite intense texting, calling, video streaming, light camera usage or listening to music. The battery charges up pretty fast too — thanks to Qualcomm’s Quick Charge 3.0. You can easily top-up the battery from zero to 100 within an hour and a half. 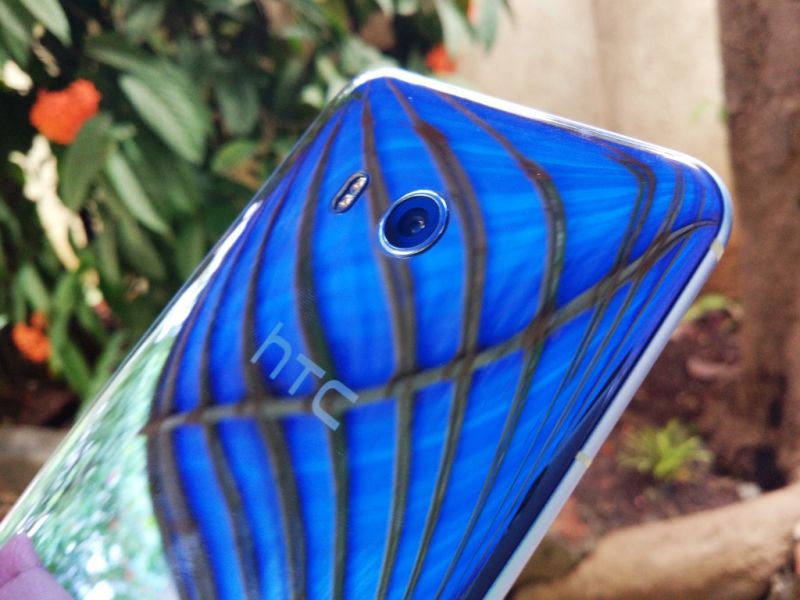 The HTC U11 is no doubt one of the best smartphones we have seen till date. Unlike Samsung's gaga over their unique designs or OnePlus' constant beating about the best camera performance, the HTC U11 stays under the rock but is still visible to the genuine performance smartphone hunter.

A great future-ready 2K display, a commendable rear camera, satisfying performance, a premium build and an amazing audio quality are all that's needed for a flagship smartphone, and the HTC U11 has them all. At Rs 51,990, it may seem a bit pricey, but the internals and the features manage to justify the price tag. The HTC U11 would be a tough decision for those seeking a stylish flagship smartphone, especially with heavy competition from its rival Galaxy S8, which has similar performance and features but differs in aesthetics. But, the U11 edges out with a cheaper price tag and a familiar as well as comfortable old-school design, which could seal the deal in HTC's favour.