In August, Samsung is expected to announce the Galaxy Note 10 handset and the excitement for this upcoming flagship is ramping up. Virtually every smartphone tipster has shared some information or the other about the handset and most of them corroborate with each other. The Samsung Galaxy Note 10 will be the first in its series to come with two different screen sizes and there will be two different versions as well — a 4G version and a 5G model. The design of the smartphone is also expected to look vastly different from its predecessor as this will be the first to feature a punch-hole screen.

While the design of the handset will be one of the primary motivating factors for a consumer to purchase the handset; it’s also believed that Samsung will load it with enough of tech to make it future-proof. The latest rumours about the Samsung Galaxy Note 10 suggested that they would come with a radical design and the brand was looking to eliminate all buttons by adding pressure-sensitive areas for the volume and power keys. It now appears that there was no basis for these rumours and they were merely unsubstantiated leaks. Samsung, in fact, did plan on adding this feature but decided to go in for the buttons instead.

With the above-mentioned features in mind, Samsung is getting ready to launch a revolutionary product that won’t just sit beside the Galaxy S10; but also hope to surpass it in terms of sales. An area where Samsung plans to focus on the Galaxy Note 10 is in the photography department. This handset is expected to come with a triple rear camera set up at the back and a dual camera module in the punch-hole display. 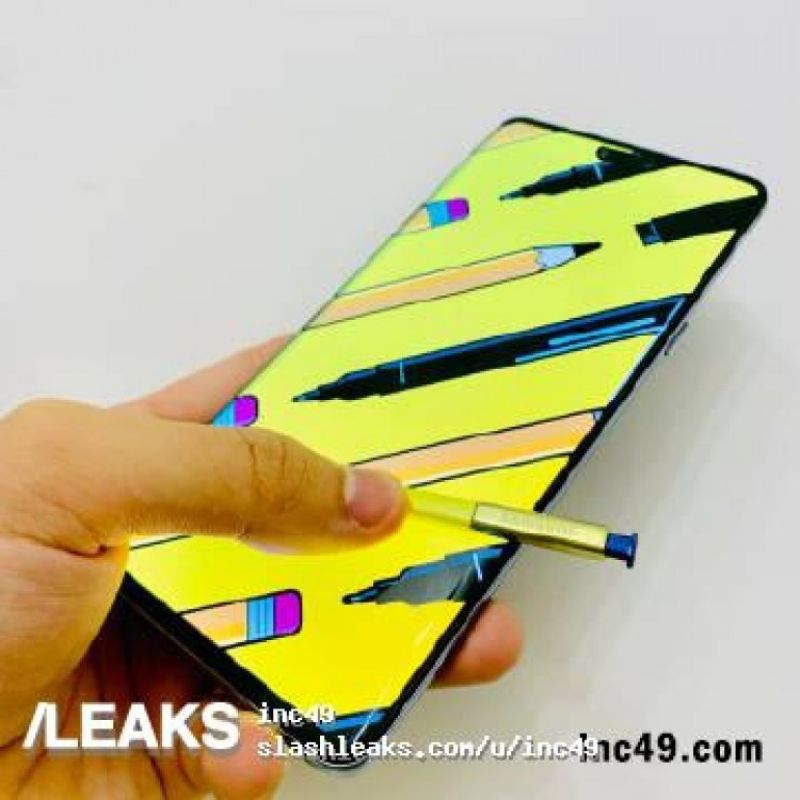 Over the last few weeks, several leaks have surfaced regarding the Galaxy Note 10 and it will also come with a punch-hole display much like the Galaxy S10. While the Galaxy S10’s punch-hole was located to the side, the one found on the Note 10 is rumoured to be in the centre. As of now, it’s too early for official renders to leak; but people out there are immensely talented and they bring us renders of what the handset could look like based on all the available rumours. 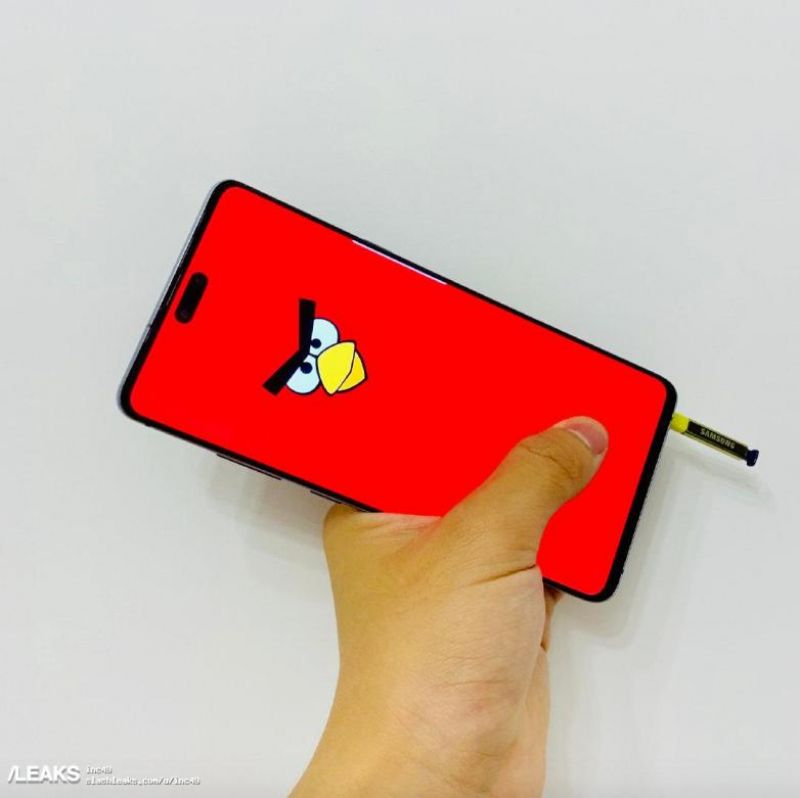 The renders in question here pertain to hands-on images of the Samsung Galaxy Note 10. In fact, these are the first images of the Galaxy Note 10 and as of now, the validity of them is up in the air. While the tipster does confirm that these are legitimate images; we do have our doubts regarding the same. The leaked images show a handset with a centrally located punch-hole display paired with some animated wallpapers. Well known Samsung tipster @IceUniverse claims that the Galaxy Note 10 will come with a punch-hole display that is in the centre; however, he said that it will be round as it will come with a single lens. The pictures here show an oblong cut-out; which possibly indicates that these are just Photoshopped images pretending to be the Galaxy Note 10, as BGR also notes.

With that being said, these images do look pretty great as we can see the curved display which Samsung is rumoured to include with the Note 10. And in the end, only time will tell if these are real or fake.