The stunning OnePlus 6 in Silk White.

It has been just a few weeks since OnePlus officially unveiled the OnePlus 6 in India and since then, the brand has launched the product in a variety of options such as the very cool limited edition Avengers: Infinity War version.

OnePlus had partnered with Disney to launch the Avengers OnePlus 6 and it couldn’t have come at a better time than when the Infinity War movie was released. OnePlus took advantage of the movie’s hype and Marvel fans the world over got a chance to snag this handset.

Right on the back of the OnePlus 6 Avengers: Infinity War edition, OnePlus has recently announced a Silk White version. The handset will go on sale on June 5, 2018, and will be made available exclusively on Amazon. 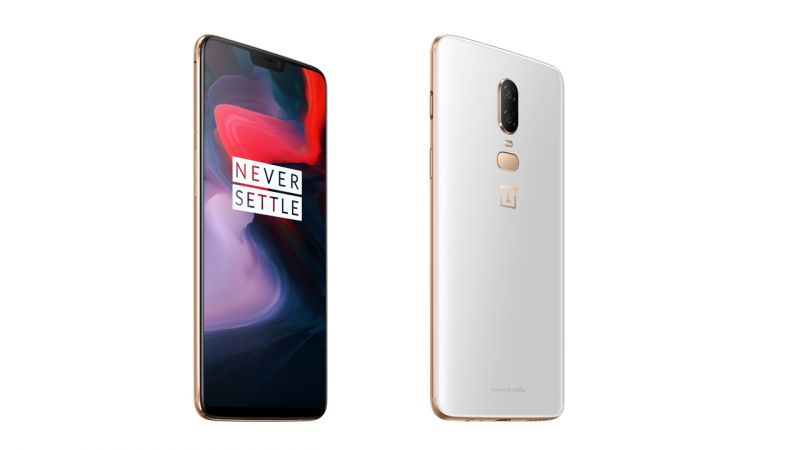 From the press images, we see how beautifully designed the Silk White version actually is. The brand has gone all out while designing this upcoming colourway and they claim that this Silk White version features pearl dust under the rear panel.

The Silk White OnePlus 6 comes with the same specifications as other OnePlus 6 handsets. In India, the smartphone comes with a price tag of Rs 39,999 for the 8GB RAM/128GB storage variant. The OnePlus 6 comes with a 6.3-inch Optic AMOLED display with a resolution of 1080x 2280 pixels and an aspect ratio of 19:9. It is powered by a Qualcomm Snapdragon 845 chipset. The handset comes bundled with a stock Android inspired OxygenOS 5.1 built on top of Android Oreo 8.1.

The snappers found here are a 16MP+20MP dual rear cameras with OIS+EIS that can shoot videos at 4k@60fps. The secondary front facing camera is a 16MP sensor that can shoot in portrait mode. OnePlus has used a 3300mAh battery to keep the phone charged for day to day usage and it features OnePlus’ fast charging feature called Dash Charging technology.