Nokia 7 Plus review: Reliable and rugged, just as before

The Nokia 7 Plus is a great smartphone that encompasses all that makes up a mid-range phone.
Rating:

Nokia was considered the king of the mobile phones and they ruled for almost a decade till the mobile phone market was finally being invaded by other tech brands. Most of the Nokia models were basic to feature phones, Nokia also had a few high-end models catering to PDAs and alike. However, with the entry of Android and iOS, smartphones were born and Nokia was slowly being pushed out. Nokia did not adopt Android and went on from Symbian to Windows operating system, only to fall out of the smartphone industry completely.

In 2017, Nokia, now owned by HMD, came in with a bang — they launched as many as six handsets to stay strong in the market and give the competition a run for their money. Thus, the once world-beating brand for the prevailing smartphone era overshadowed by big players, revitalising its name.

Nokia seems to be playing its cards well now — with a wave of brand new smartphones — the Nokia 6 (2018), the Nokia 7 Plus and the Nokia 8 Sirocco in the diversified segments, the Finnish start-up has its sights set on retrieving its dominance in the smartphone world. Here, we take a look at the Nokia 7 Plus in detail to see how this one fares against its rivals in the similar segment. 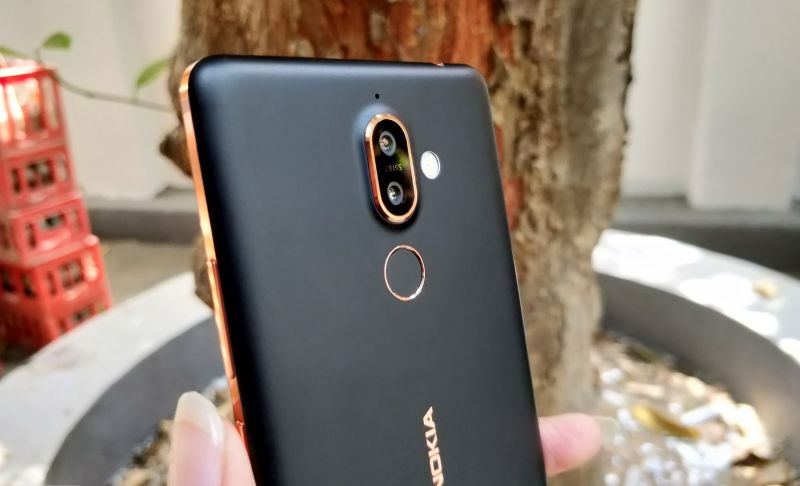 In terms of design language, the Nokia 7 Plus essentially looks like a more refined version of its older siblings. While looking at the phone, one of the first things you will notice is the copper coloured accent running along the aluminium frame with chamfered edges, which looks great and more elegant on the Black variant. The rugged frame is milled from a 6000-series aluminium piece, which gives it a robust and rugged build. It is definitely one of the best looking and best-built phone under Rs 25,999.

The frame has sharp corners around the display, and the frame flushes against the rear panel to give the phone a premium and solid grip without giving the device a heavy or chunky feel. The matte finish looks good, and the handset doesn’t pick up fingerprints as much. However, we recommend you to get a case for the device to ensure it is kept it clean and safe. 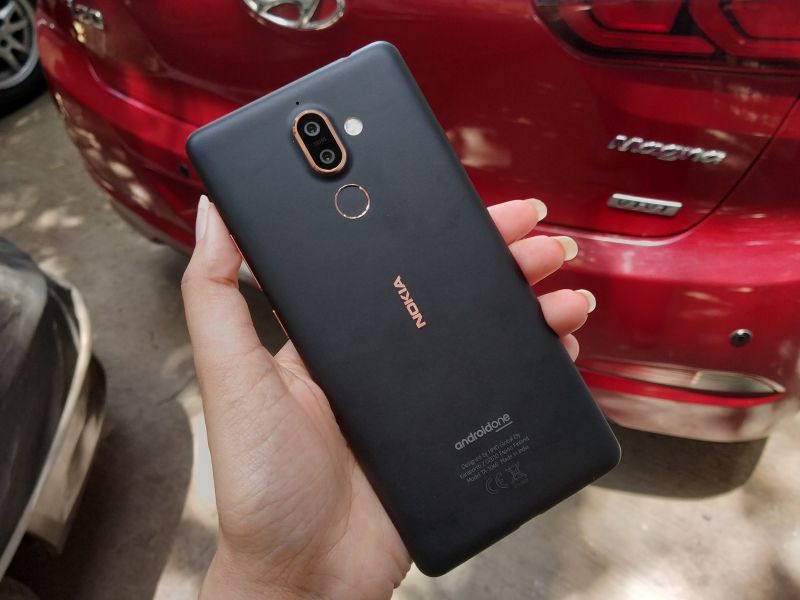 The Nokia 7 Plus flaunts a 6-inch IPS LCD full HD+ display with a 2160 x 1080 pixel resolution and an aspect ratio of 18:9. As for the display, the device has great viewing angles, with bright and vibrant colours. Colour temperature looks accurate with a decent amount of brightness levels. The front is an all-glass affair covered by Gorilla Glass 3, which ensures a degree of protection against scratches. 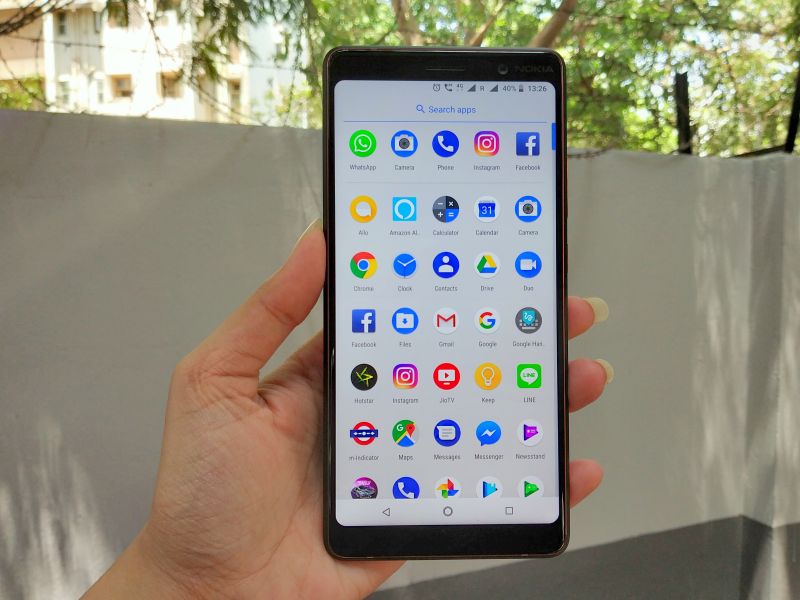 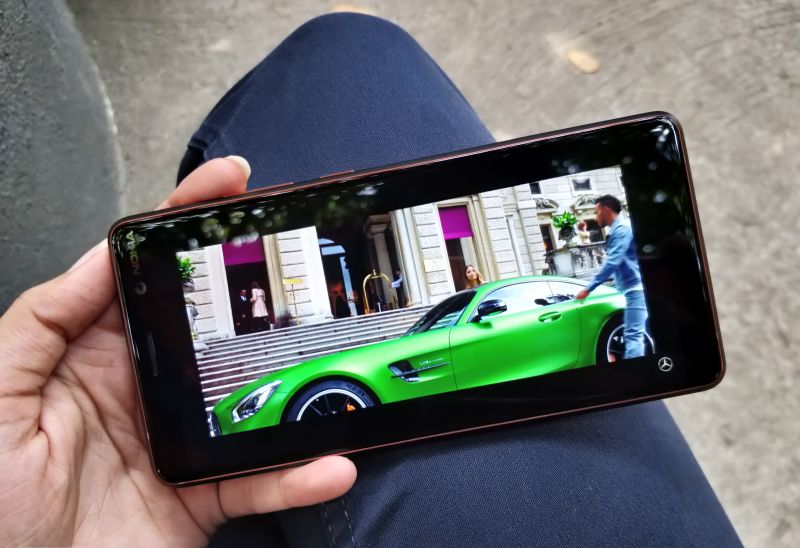 The dual rear cameras are placed in a chrome housing and protrude outwards a little. However, it does make the camera glass prone to scratches when placed on a flat surface. The fingerprint sensor on the rear panel also sports copper highlights. A speaker grille and USB-type C port occupy the bottom edge, while a 3.5mm headphone jack resides on the top. All-in-all, the Nokia 7 should withstand the rigours of everyday use.

The Nokia 7 Plus packs in the latest Qualcomm Snapdragon 660 mid-range chipset, which is a workhorse. The phone also takes advantage of a pure Android experience with Android One, with 4GB of RAM and 64GB of storage for sheer no-nonsense performance.

With an almost stock and bloat-free UI, performance is speedy and we didn't experience any slow-downs or stutters. The processor is capable to deliver a fluid high intense graphics gaming experience without choppy framerates. Games such as PUBG MOBILE, Need for Speed: No Limits and a few others played with ease at moderate settings. However, the phone does heat up quite a bit, but not alarmingly hot. Adding to the quick experience, the fingerprint sensor is also quick to unlock the phone. Multi-tasking is also a breeze and the processor with 4GB of RAM make sure one can use multiple apps without any issues. 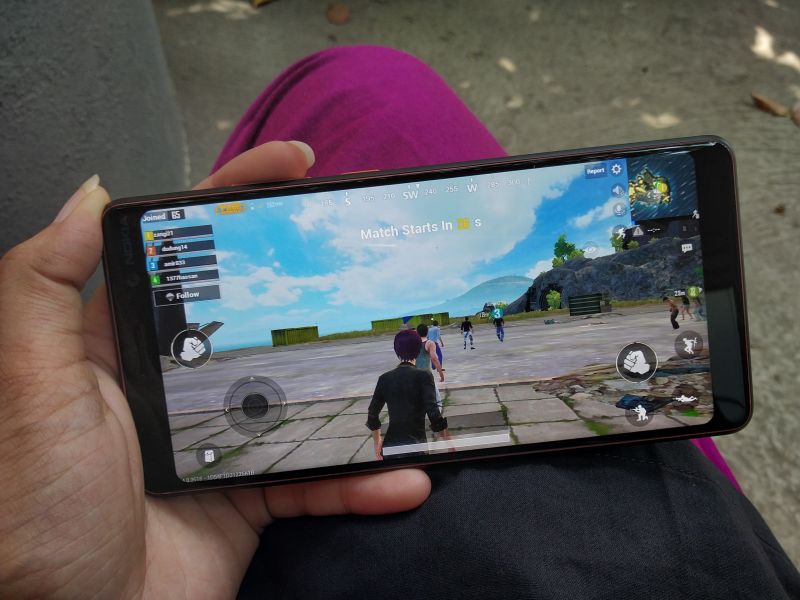 Moving ahead, software is where the Nokia 7 Plus outshines. The company continues to follow its primary pitch focused on pure and up-to-date Android. The 7 Plus offers its users snappy and stock Android experience with absolutely no bloatware. With Android Oreo out-of-the-box, Nokia promises regular and timely Android updates. 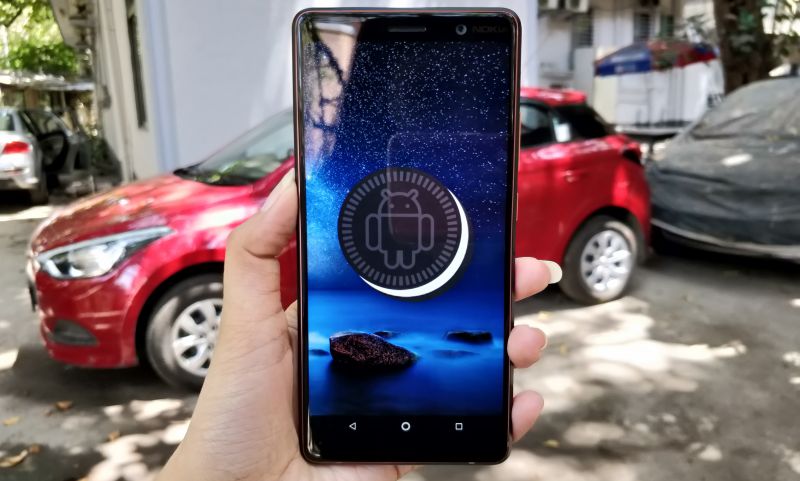 Besides, the Nokia 7 Plus also offers some nifty features stored under its sleeves. There are few gestures which we found to be useful — one can use the fingerprint scanner to pull down the notification bar by just swiping down the finger, one can quickly launch the camera by double pressing the power button, one can also mute or reject incoming calls by just turning over the phone on its face and lastly, double-tap to wake the phone is also available. 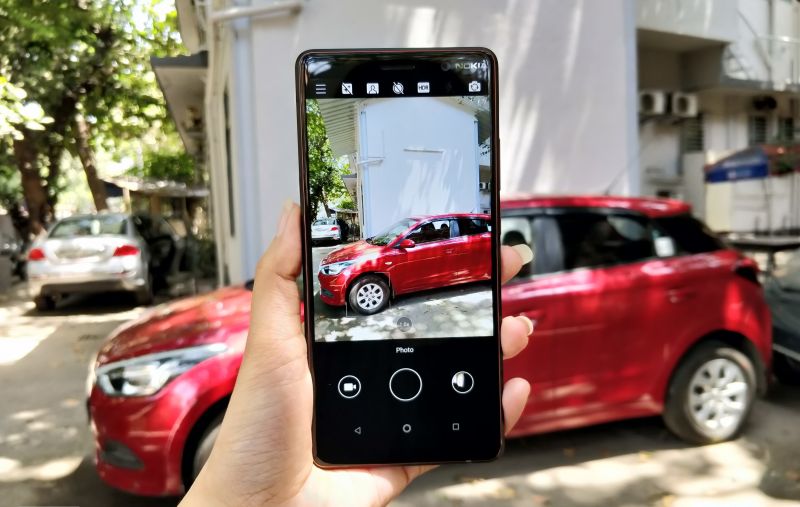 The Nokia 7 Plus' camera outperformed our expectations in almost all scenarios. The rear is home to the same ZEISS-branded camera setup that we've seen already on old Nokia phones. This one comes equipped with dual 13MP+12MP cameras along with dual-tone LED flash. The 7 plus camera utilises a wide angle and telephoto lens setup capable of providing 2x optical zoom.

Check out some of the photo samples shot from the Nokia 7 Plus. 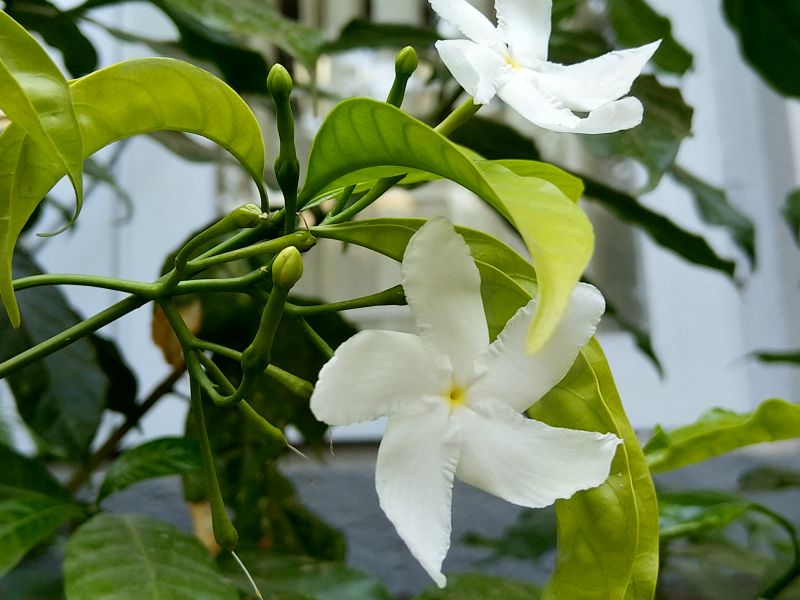 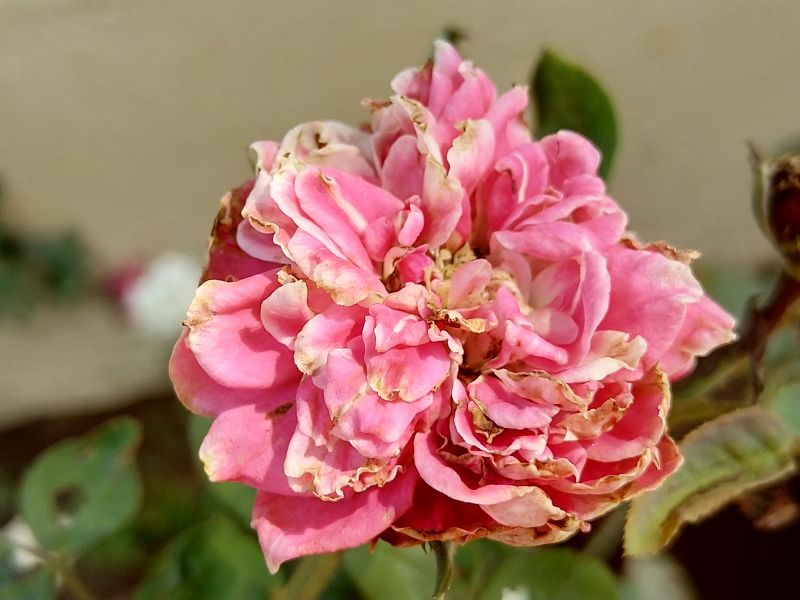 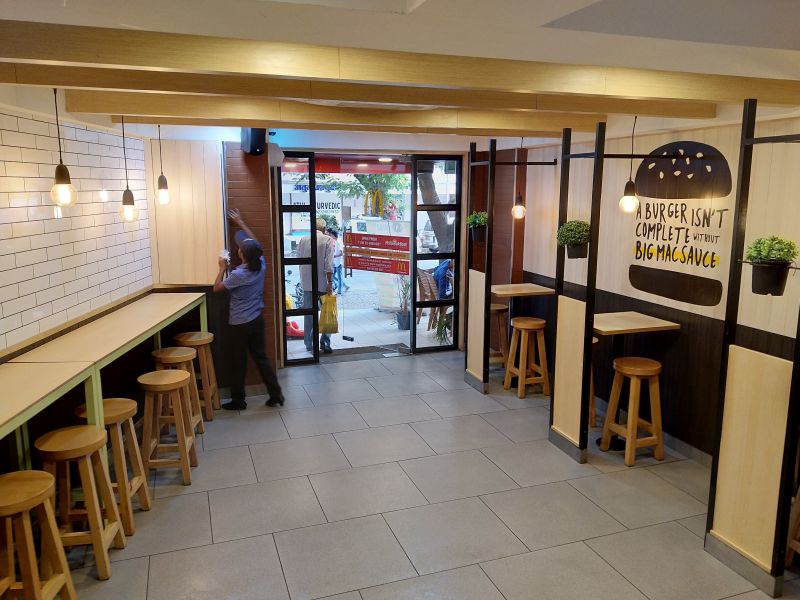 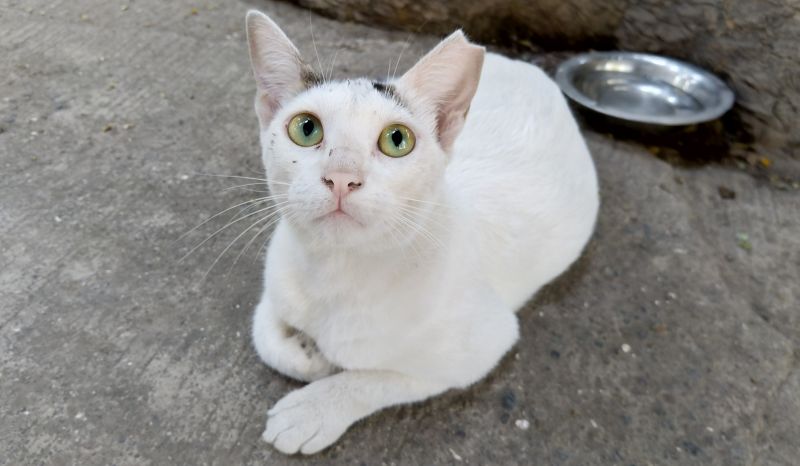 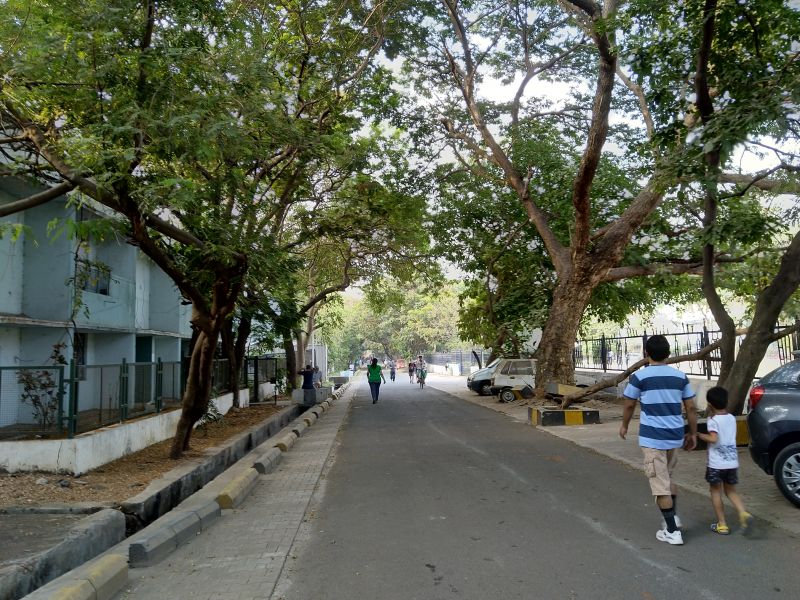 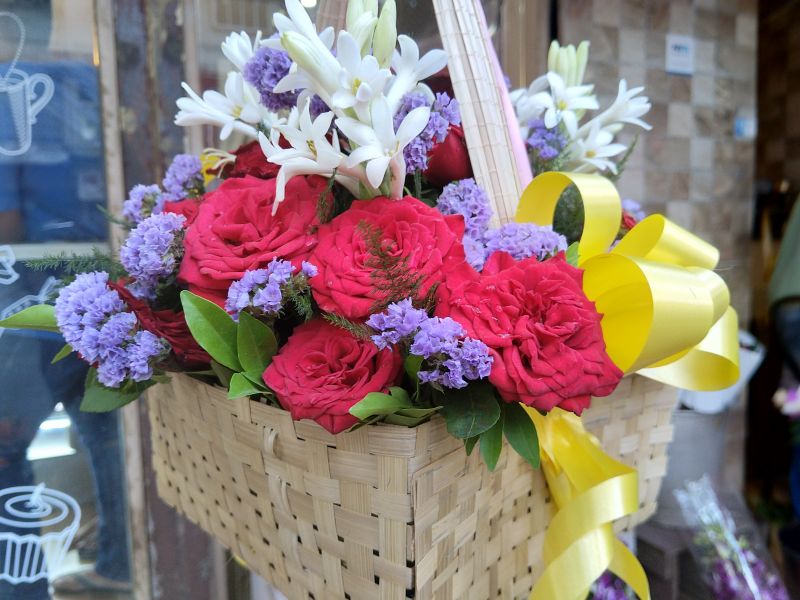 Images captured in daytime are well above average. The camera manages to retain true colours and details. Macros shots are handled well too. In broad sunlight, we did see a few shots where the colours tend to look a bit washed. Additionally, the dynamic range isn't wide enough to capture high contrast scenes. 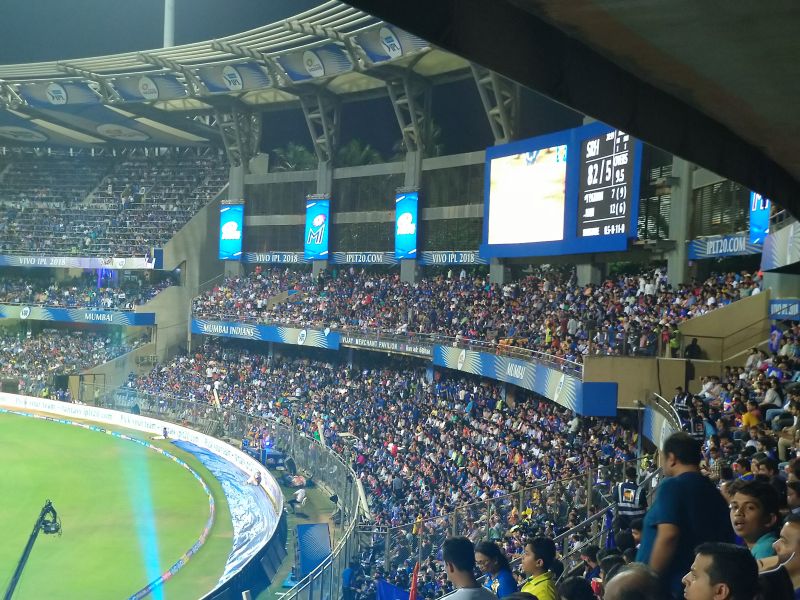 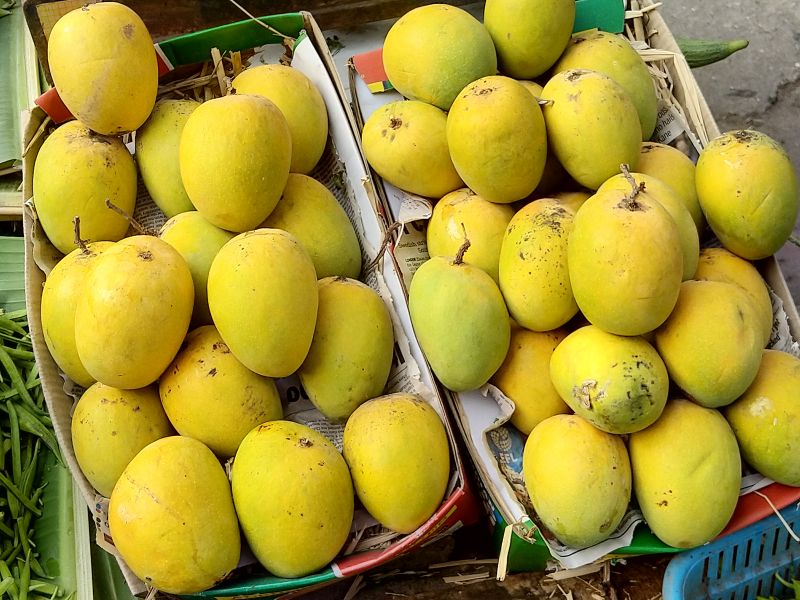 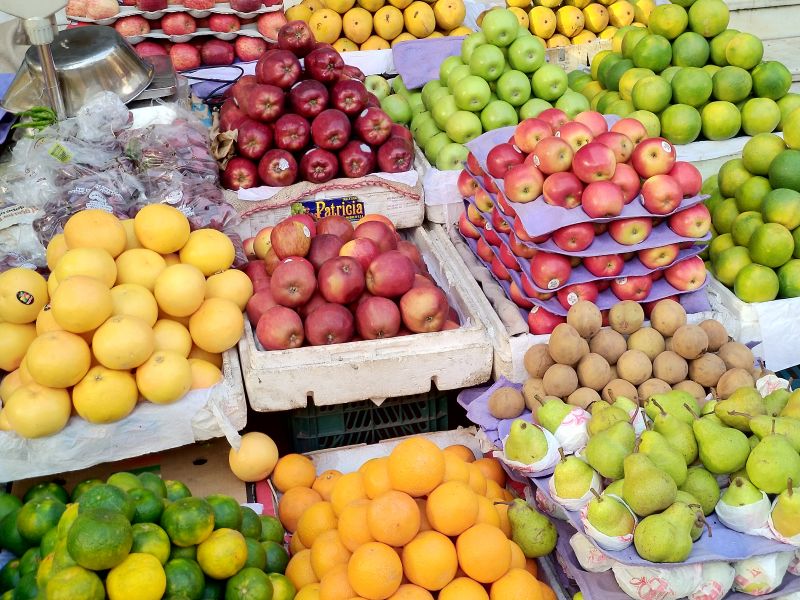 In low light, the camera manages to do a decent job too — images had very little noise creeping in, with sufficient lights being captured, even at higher ISO levels. However, in low-light shooting, we witnessed the camera app becoming a bit sluggish while struggling to focus. 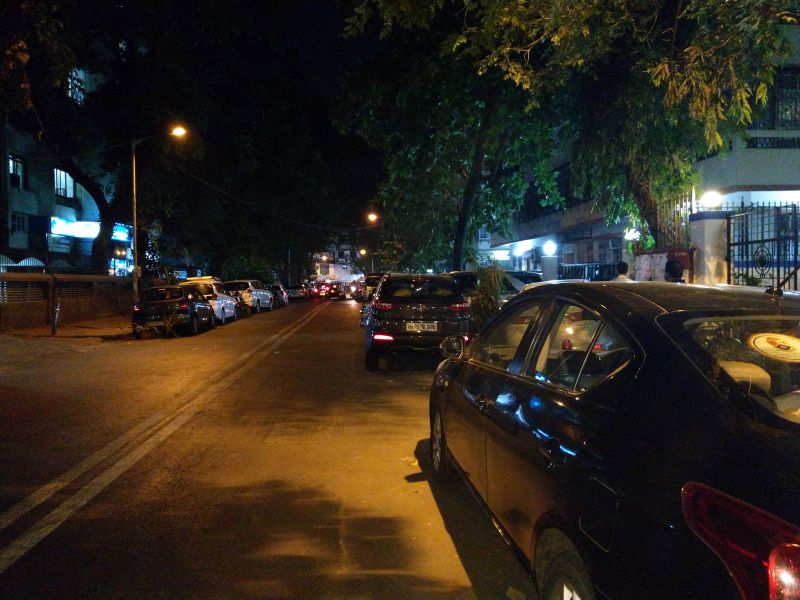 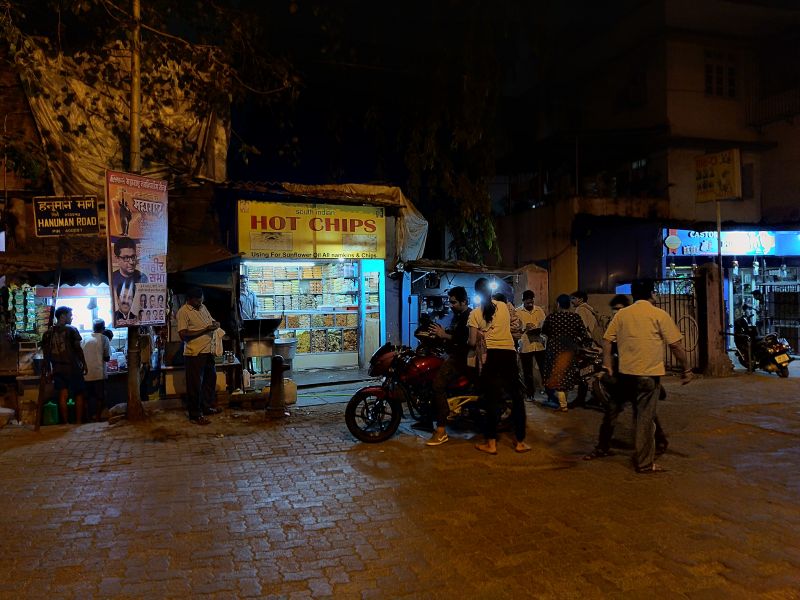 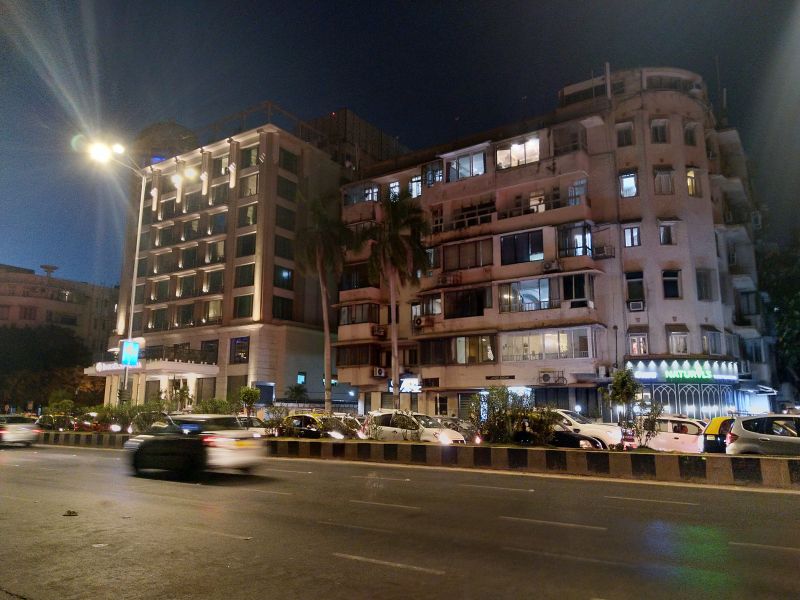 As for Bokeh mode turn out well with a good balance and well-cut depth of field on the background. Pro mode allows you to manually adjust the exposure parameters in real time so that the user can get a little more control over the shutter speed, ISO speed, exposure levels and focus. Other modes available include HDR, Timelapse, Slow motion, Beautification, Panorama and PIP, tucked under the camera's settings.

The Nokia’s own Dual-Sight feature allows you simultaneously capture photos from the front and rear cameras in a single frame. The effect is a fun, Dual-Sight can also be used to live-stream video directly to YouTube and Facebook Live right from the camera app itself.

As for selfies, the Nokia 7 Plus features a 16MP sensor with a f/2.0 aperture, which produces good photographs. Overall, Nokia 7 Plus managed to snap good photos with rich colours and decent details.

One area where it shines above all — battery life. It packs a decently large 3800mAh battery tops up in about two hours. We easily managed to draw out two day's worth of regular usage on a full charge.

Overall, the Nokia 7 Plus is a great smartphone that encompasses all that makes up a perfect mid-range phone. It has a premium design aesthetic, solid build, stock Android with the promise of quick updates, and capable dual cameras. With a clean operating system and a long battery life, the Nokia 7 Plus is an efficient performer and is a reliable upper mid-range smartphone. At Rs 25,999, the 7 Plus does sound a little steep when compared to other rivals in the market with similar hardware. However, Nokia has a good previous record of being a rugged phone, and the continues the tradition ahead. The smartphone is an all-rounder when compared to build, usability and performance.